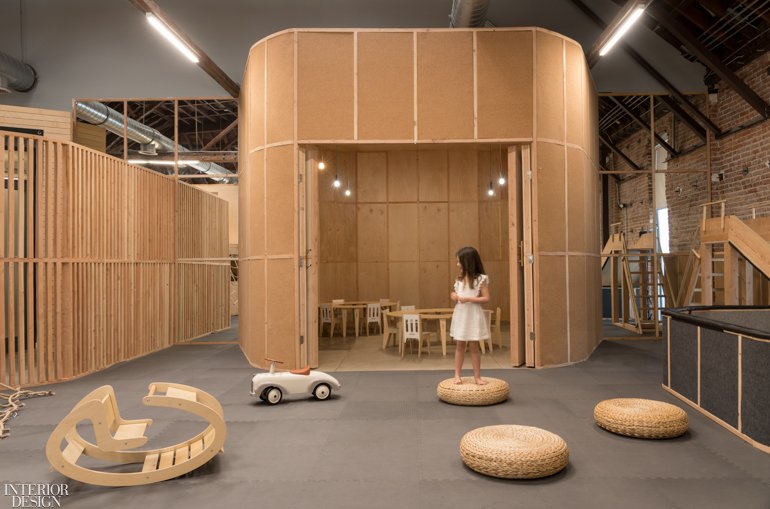 Big and Tiny Silverlake in Los Angeles is exactly as its name suggests-an expansive 5,027-square-foot space designed by Zooco Estudio with plenty of small alcoves, appealing to children and adults.

The brand, which also has a locale in Santa Monica, enables families to socialize, work, and relax in a laid-back, quiet setting while their children play. Tasked with creating two acoustically isolated areas under one roof, each with its own open square, the design team built a multi-functional wall, dividing the building into two parts. "This wall contains acoustic isolation and is covered by mirrors in order to generate more amplitude in both spaces," the design team notes.

Each side of the wall features its own unique set of "cubes." For example, the children's area on one side features two central cubes, the Tree House and Ball Pit, while the adult zone on the other has a Bike Cube and Silence Cube-communal space between the two is intended for children's parties. The designers connected the cubes with high baseboards or curves made of wooden slats for a cohesive aesthetic. "The most interesting part of working in this space is the fact that we could work with a [vast] architectural scale, due to the height and spaciousness of the venue," says Jorge Alonso, an architect on the project. Building structure within the space enabled the team to, in a sense, "form a little city," he adds. 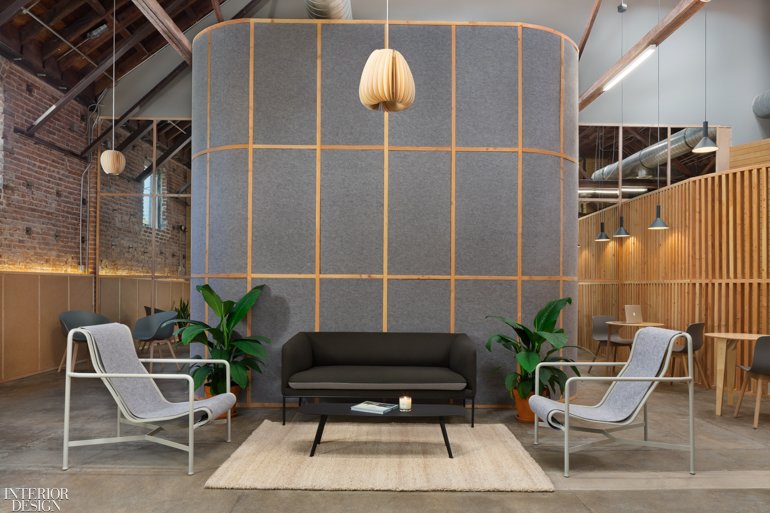 The dividing wall offers parents a quiet space to relax. Photography by Jim Newberry of Pixellab. 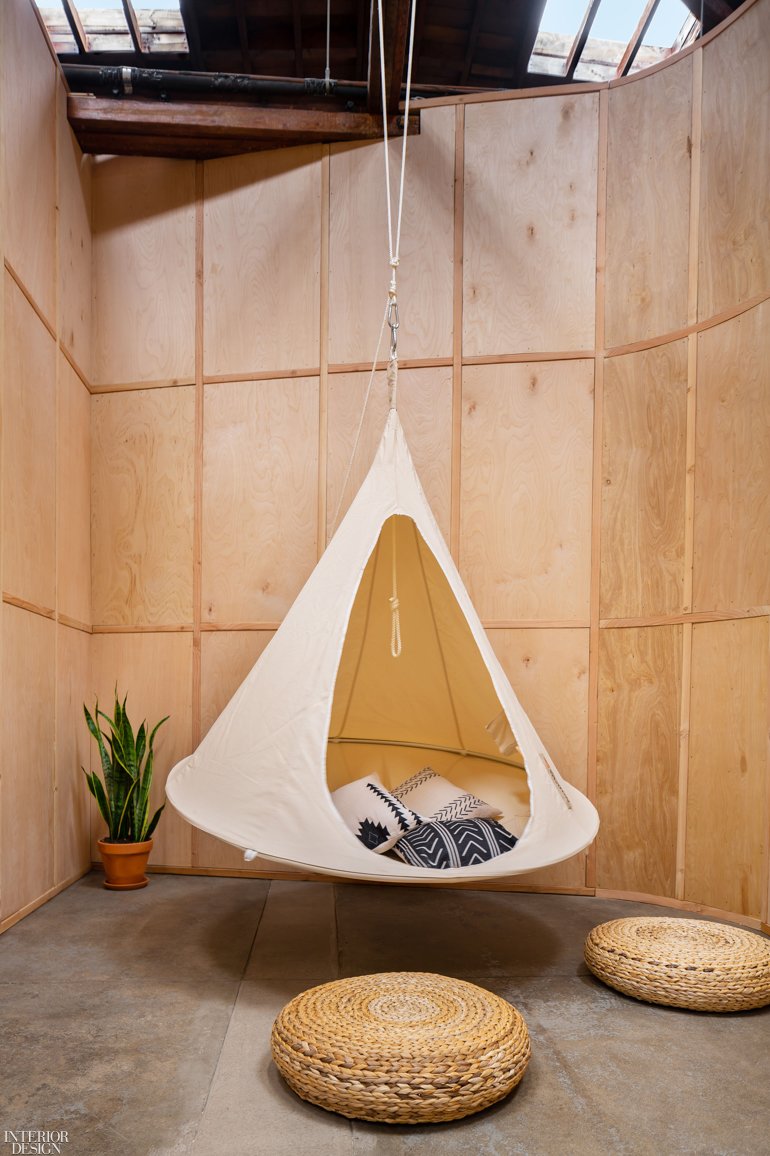 A private hammock chair invites exploration and serves as a space of refuge. Photography by Jim Newberry of Pixellab. 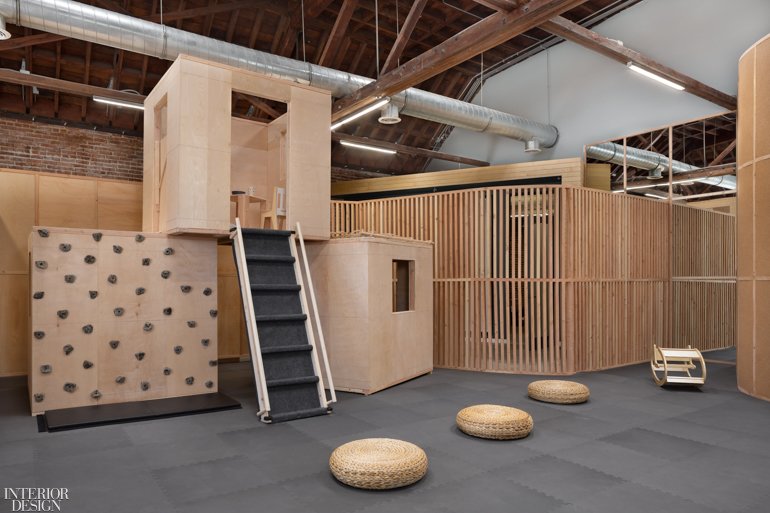 Imaginative play areas surround the perimeter of the children's area while a visible roof structure of wooden trusses covers the entire space. Photography by Jim Newberry of Pixellab. 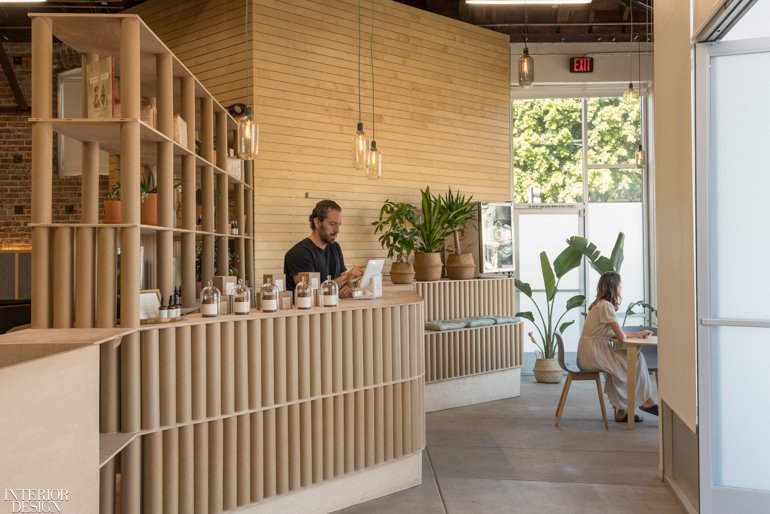 Adults have the option of unwinding in the on-site cafe. Photography by Jim Newberry of Pixellab. 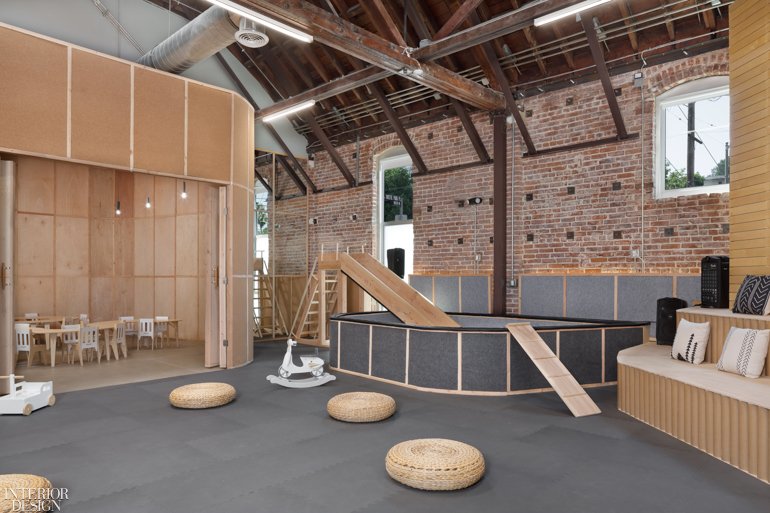 Original building details were preserved, such as the exposed brick walls. Photography by Jim Newberry of Pixellab. 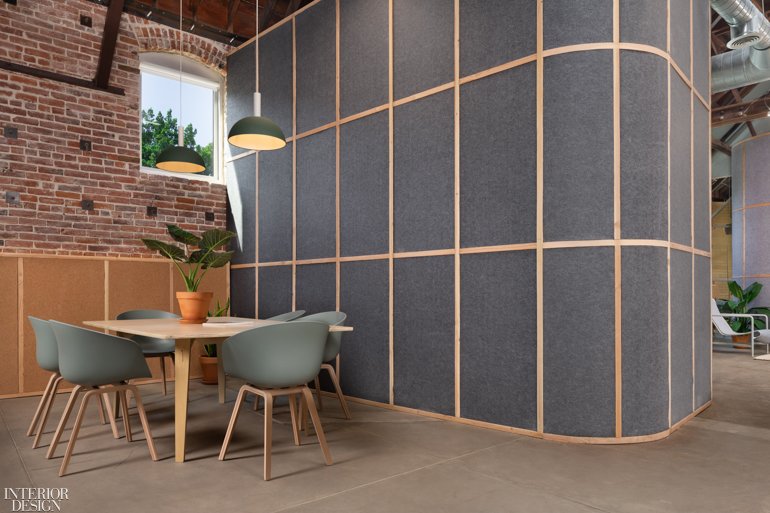 Wood, mirrors, cork, felt and cardboard are the dominant materials used throughout. The cork and felt are used as an exterior skin in cubes and baseboards, offering acoustical benefits. Photography by Jim Newberry of Pixellab.