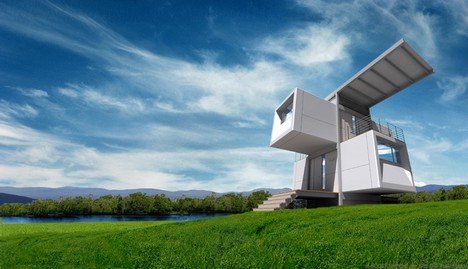 Vaporware prefabs that never get past the rendering stage are as common as rotting FEMA specials these days, and don't get the exposure they used to when modern prefab was finding its legs a couple of years ago. Then there are some that are so compelling that we just have to show them, such as Scott Specht's 650 square foot Zero House.

It generates its own electrical power from that dramatic canopy roof; collects its own water for a rooftop 2700 gallon cistern, and processes its own waste in a composting system at the lowest level. 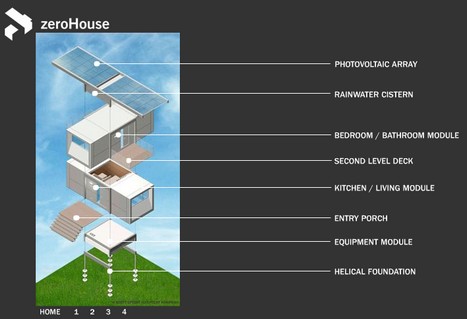 Walls are walk-in cooler efficient at R-58 and windows are triple glazed. Lighting is LED, integrated into the wall and ceiling panels. 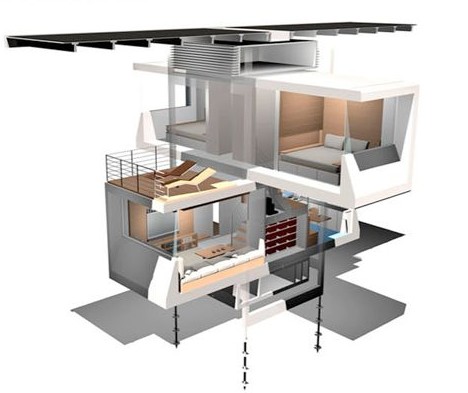 According to the Texas Society of Architects:

ZeroHouse can be used in remote or ecologically sensitive locations. It can be installed in places unsuitable for standard construction, including in water up to 10-feet deep or on slopes of up to 35 degrees. ZeroHouse employs a helical-anchor foundation system that touches the ground at only four points and disturbs the ground to a minimal degree. The tubular steel frame can withstand winds of up to 140 mph, and the living modules feature flexible attachment points to the frame to allow for deflection and movement without damage. 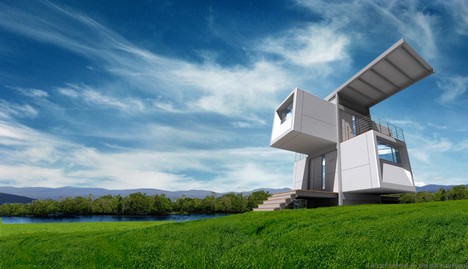 The design and engineering work on the project was funded by a venture capital group with the intent of creating a start-up company to produce and market zeroHouse. Initial studies indicate that zeroHouse will sell for approximately $350,000." 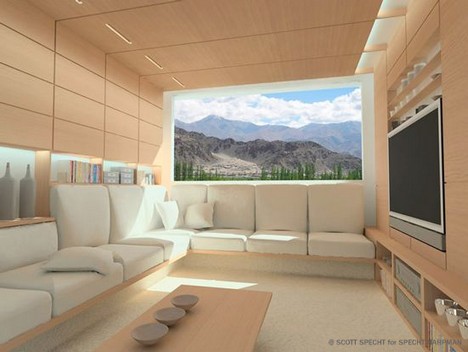 Which, at $ 538 per square foot will be immediately attacked as far too expensive, which it is not, given the small size, the sophistication of the systems, and the quality of the materials used. ::Zero House
also see ::Materialicious , via ::NOTCOT