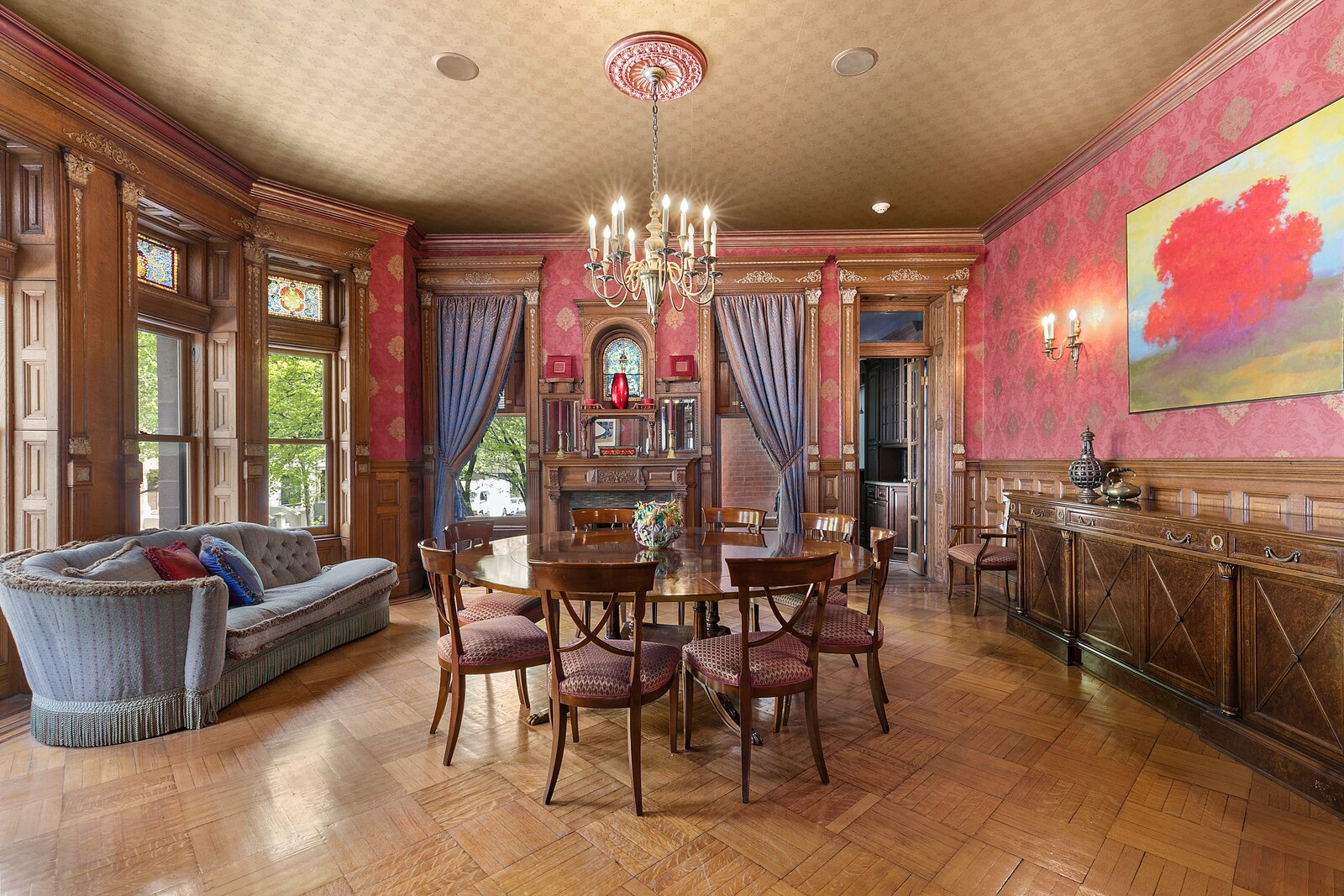 However, a stay in the six-bedroom townhouse will cost you $20,000 per month.

Calling all Wes Anderson fans-the set of the 2001 American comedy-drama hit The Royal Tenenbaums is now available to rent in New York City. This is the first time the Flemish Revival–style home has been listed since 1999, and it comes with many of the original details that were showcased in the quirky cult classic. 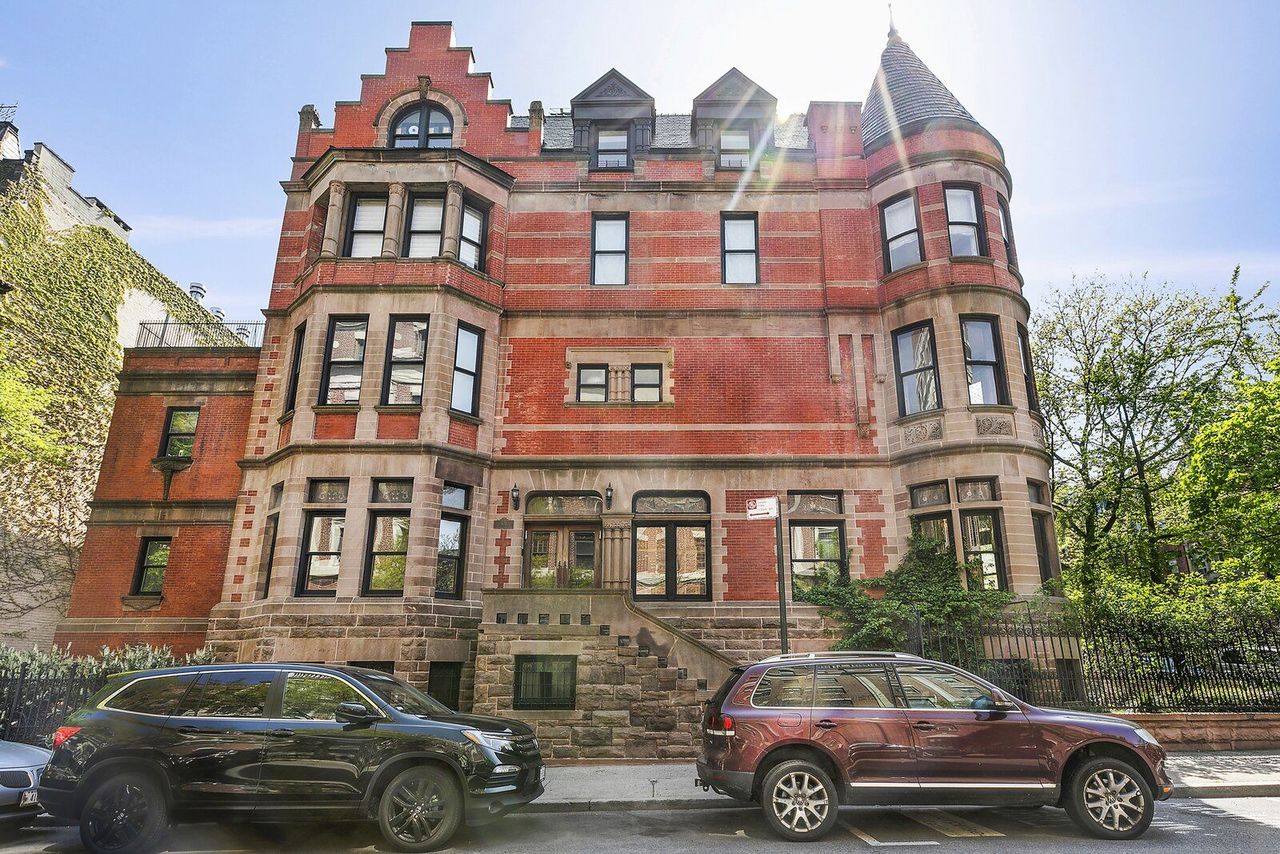 The four-story residence sits on a corner lot in Manhattan’s Hamilton Heights neighborhood. Unlike other townhouses in the area, the main entrance to the home is located on the side of the structure.

Designed by Adolph Hoak in 1899, the 6,000-square-foot home is located in Harlem’s historic Hamilton Heights neighborhood. While the redbrick structure is widely known as one of Wes Anderson’s former film sets, the castle-like property boasts a storied past of its own. Long before its on-screen appearance, the home belonged to U.S. attorney Charles H. Tuttle, who ran for governor of New York against Franklin D. Roosevelt. 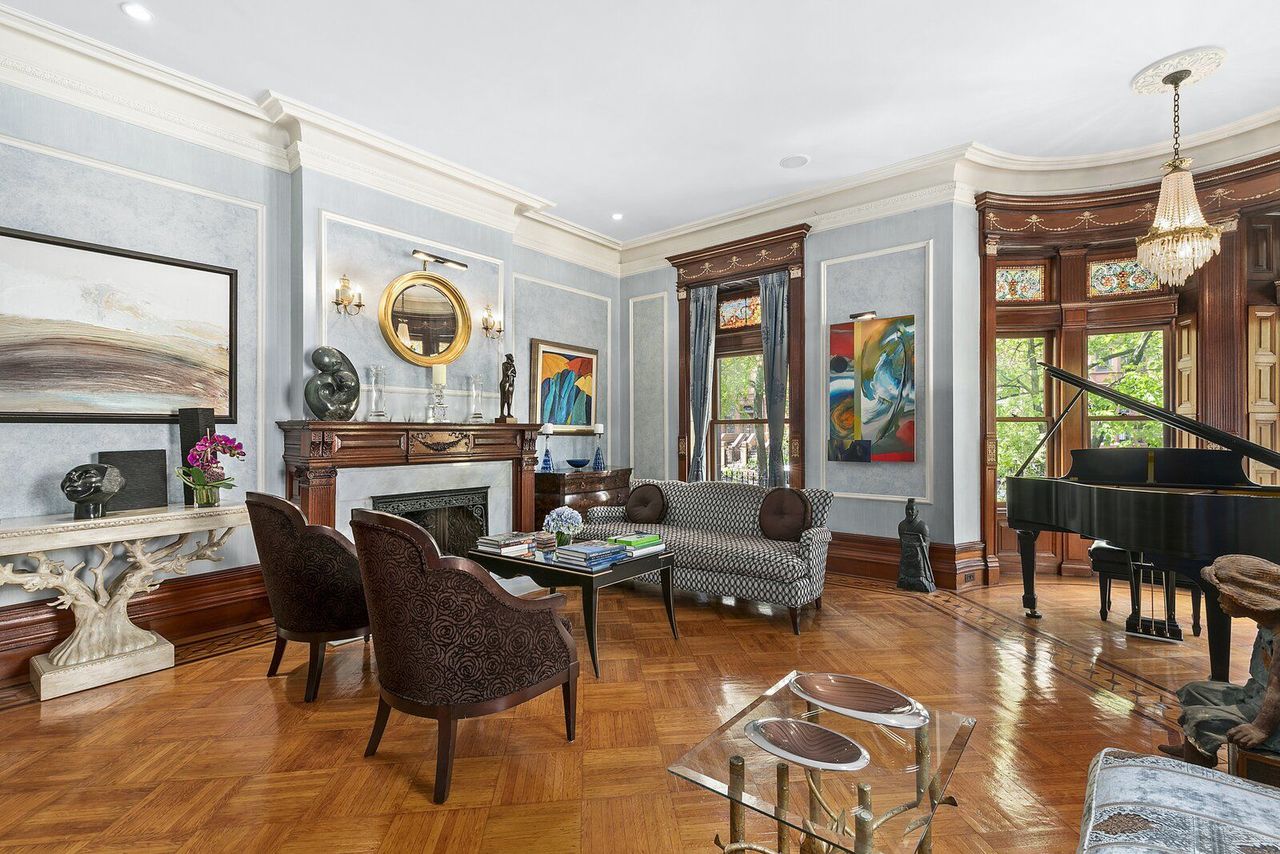 The lavish 19th-century residence was last sold in 1999 for $460,000. Inside, the home’s various gathering areas have been meticulously preserved.

The 100-foot-wide, multilevel residence offers six bedrooms and four-and-a-half bathrooms, as well as plenty of spacious gathering areas for formal and casual entertaining. There are also private outdoor spaces, including a garden and patio. Throughout the home, a medley of authentic details have been preserved, including parquet flooring, period woodwork, ornate molding, and more. 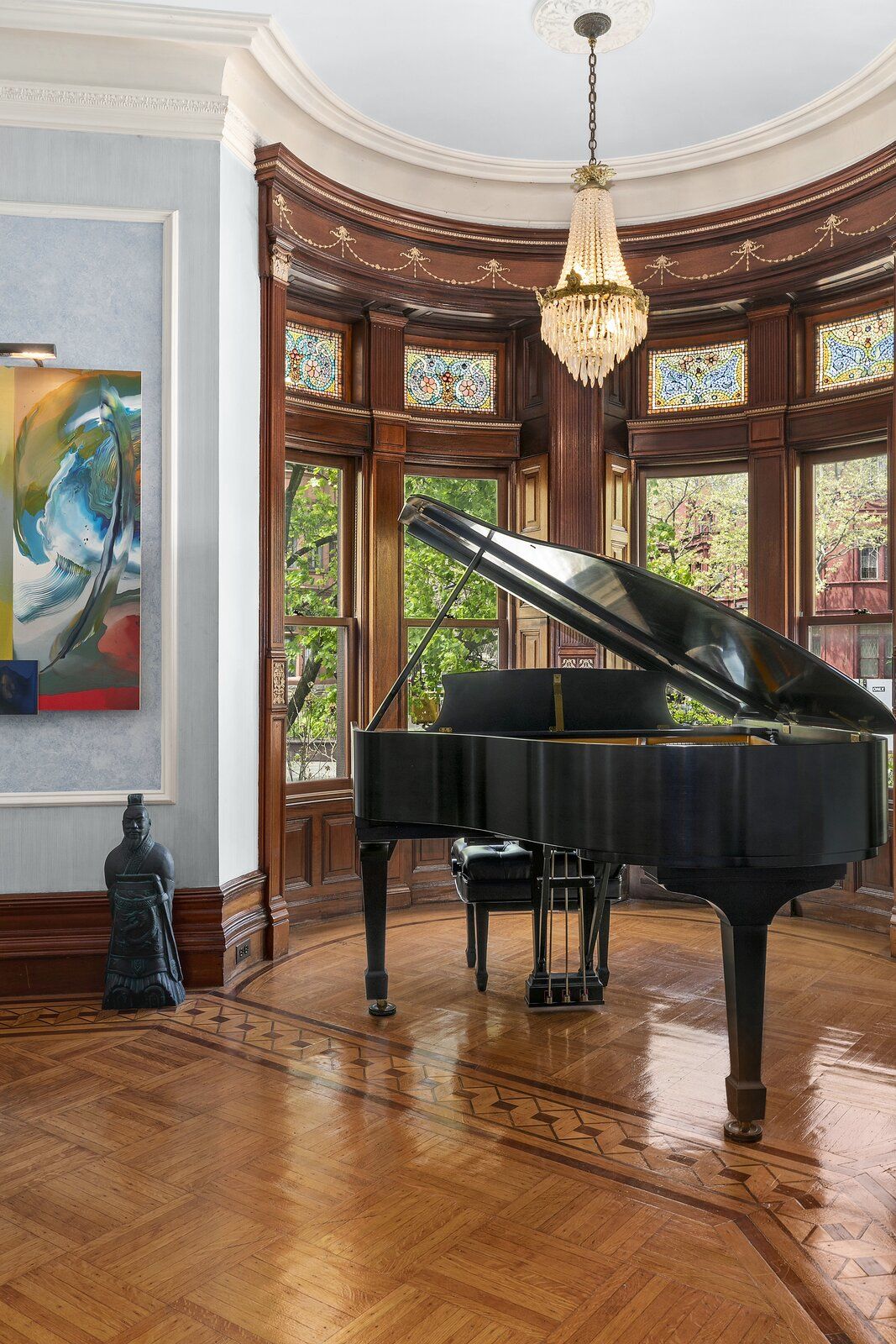 Shortly after the movie debuted in 2001, Anderson told The Observer that his team "spent months searching for different houses" that would make the ideal set for The Royal Tenenbaums, which starred Gwyneth Paltrow, Gene Hackman, Ben Stiller, and Anjelica Huston, among others. After spotting the townhouse with a friend, the acclaimed filmmaker knew the search was over, noting that the home had a "storybook quality to it." 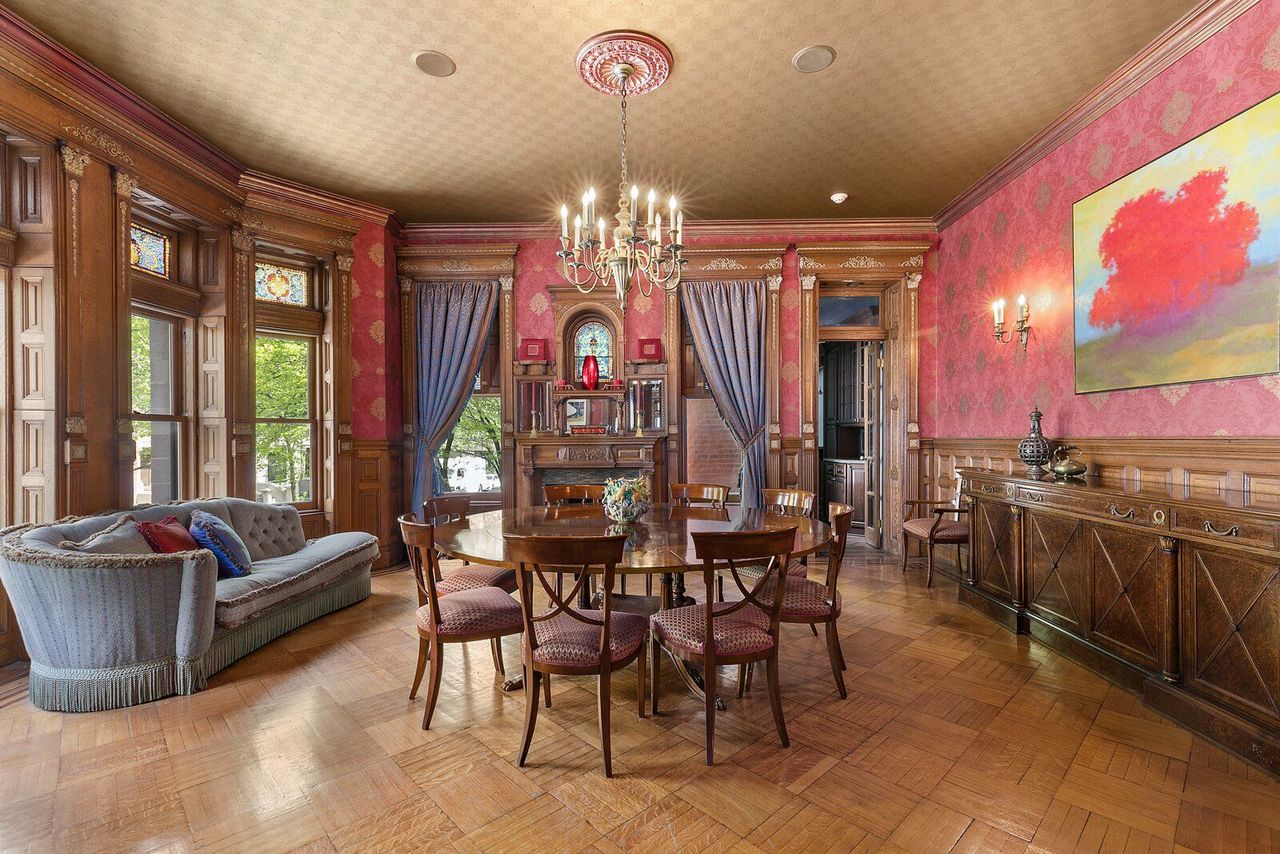 While the four-story dwelling is chock-full of character, it has also been renovated with modern upgrades, including two kitchens, six gas-operated fireplaces, and an elevator. Scroll ahead to see inside the whimsical 19th-century home. 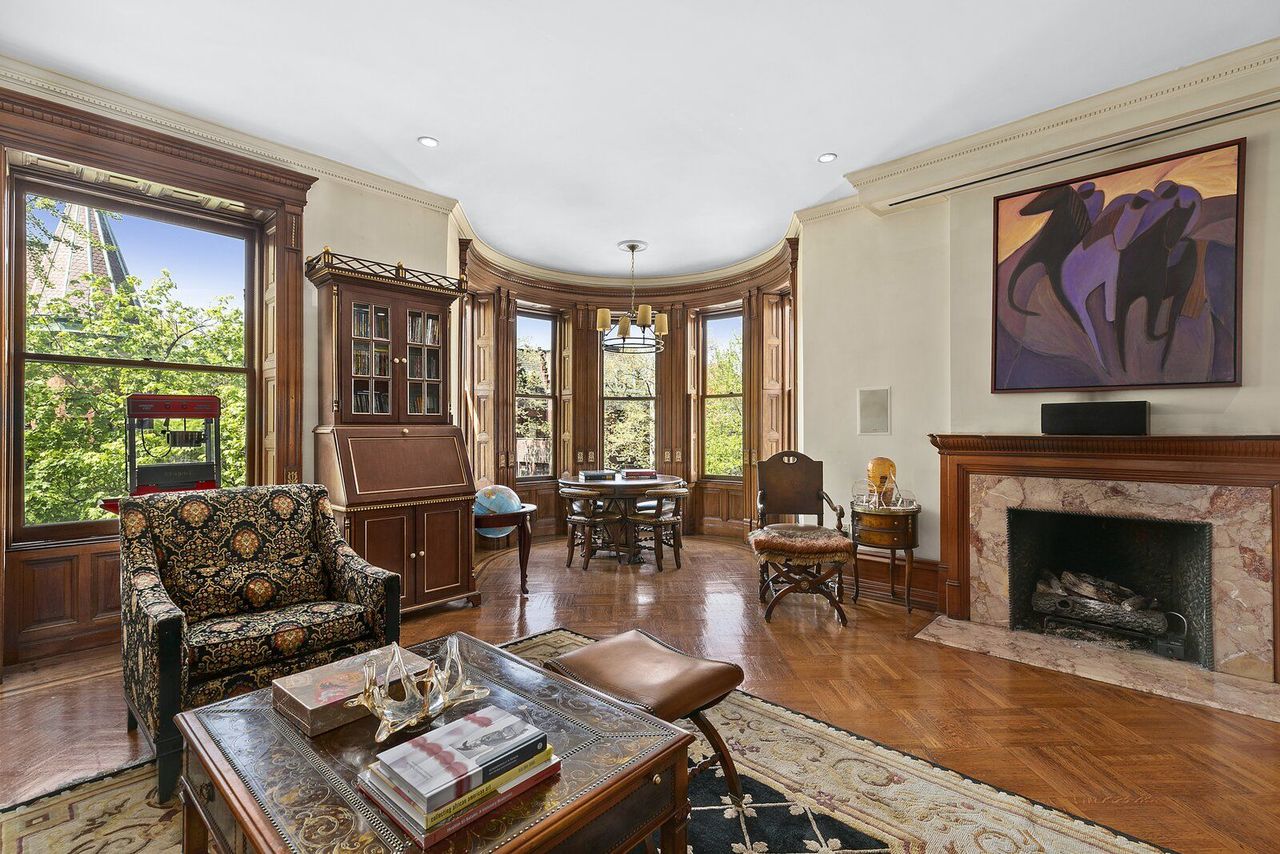 On the upper level, one of the living spaces features original bay windows and a marble-encased fireplace. 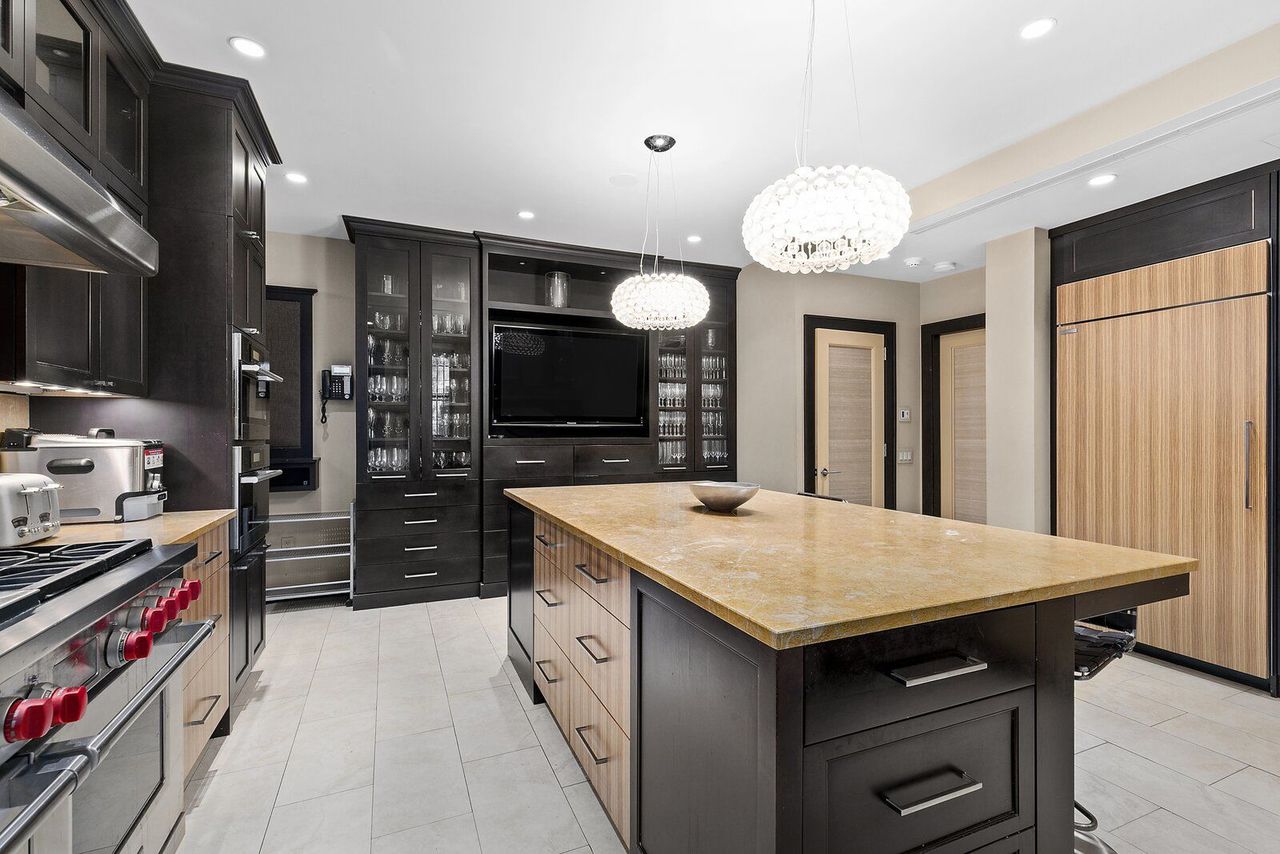 The chef’s kitchen includes top-of-the-line appliances, as well as plenty of storage. There is also a separate butler’s kitchen located just steps away. 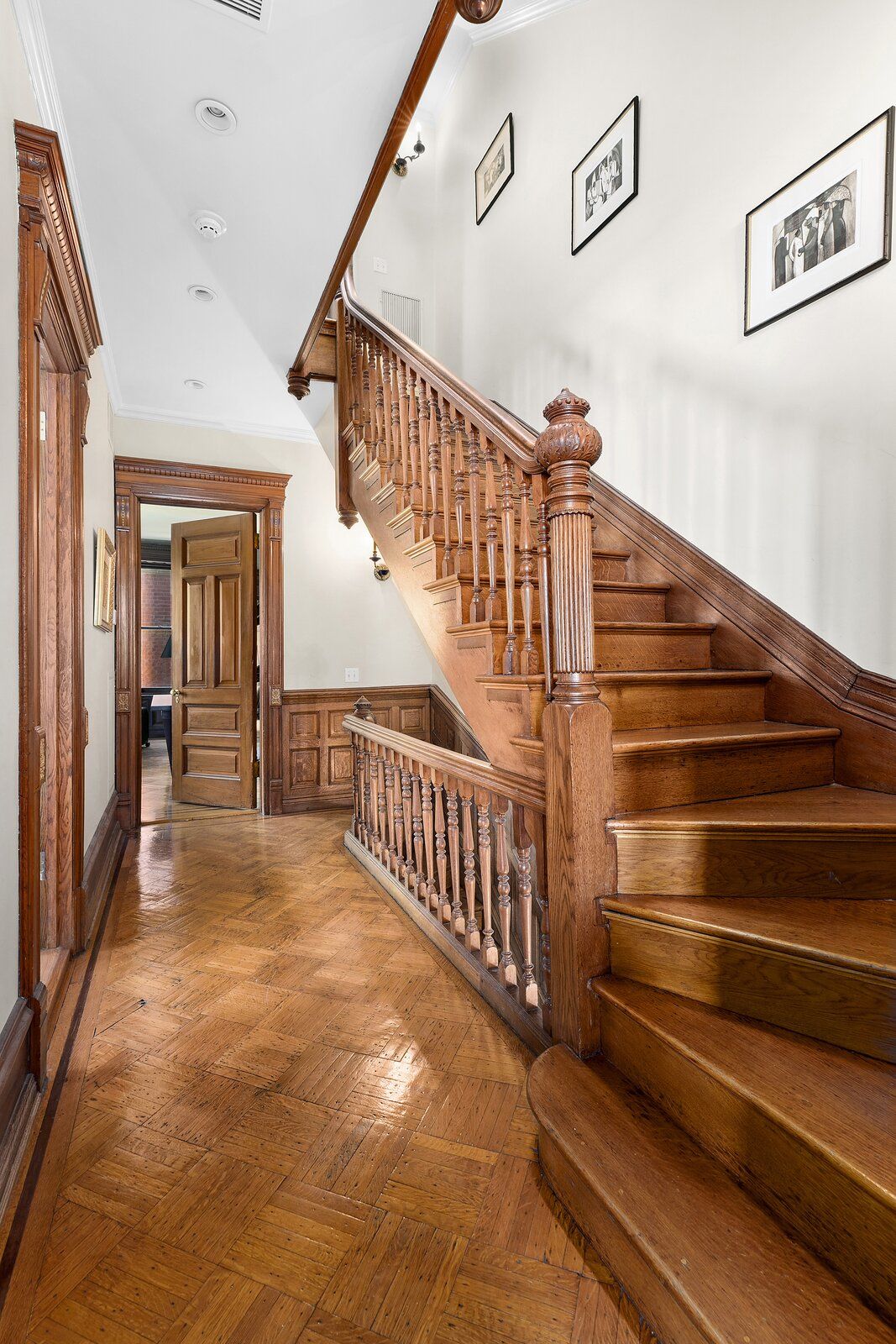 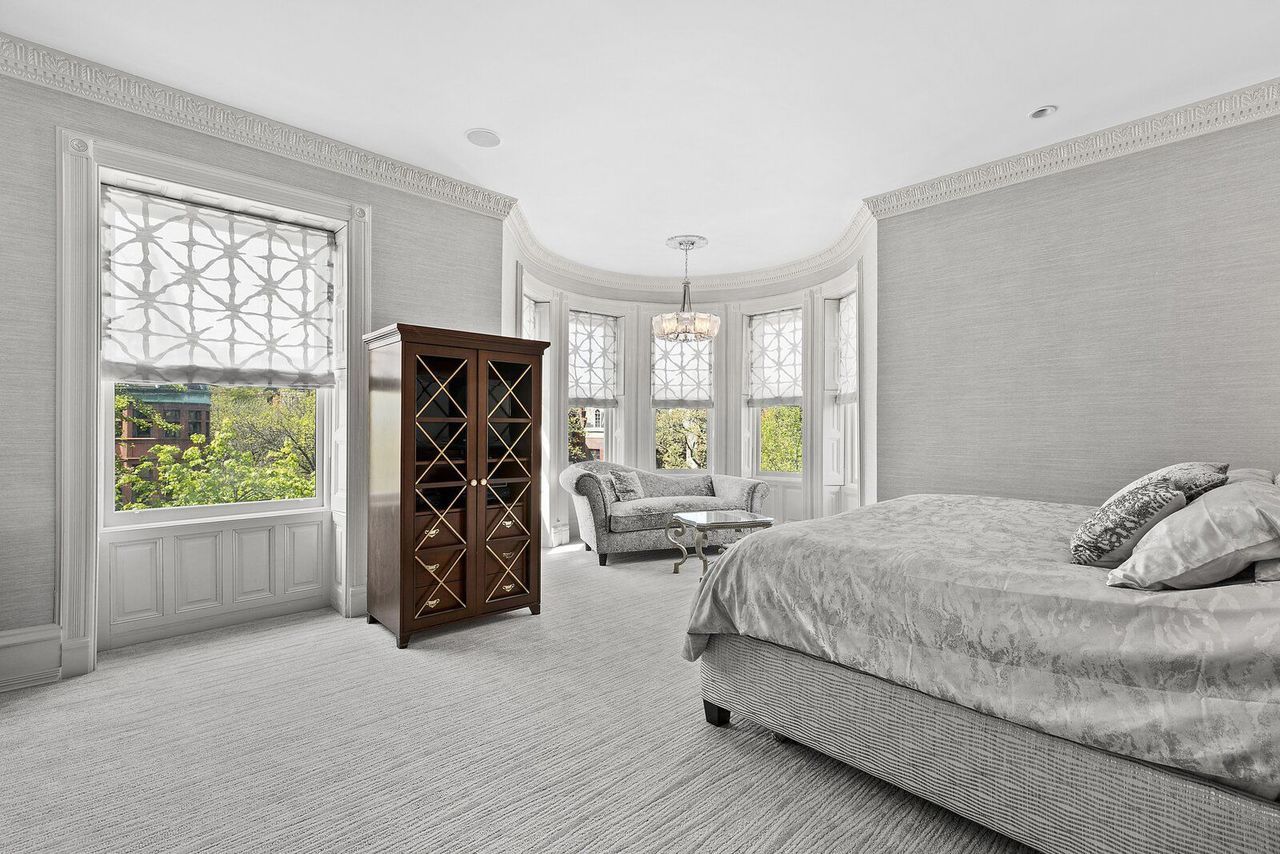 In contrast to the rest of the home, the principal suite is dressed in a calming, neutral palette. 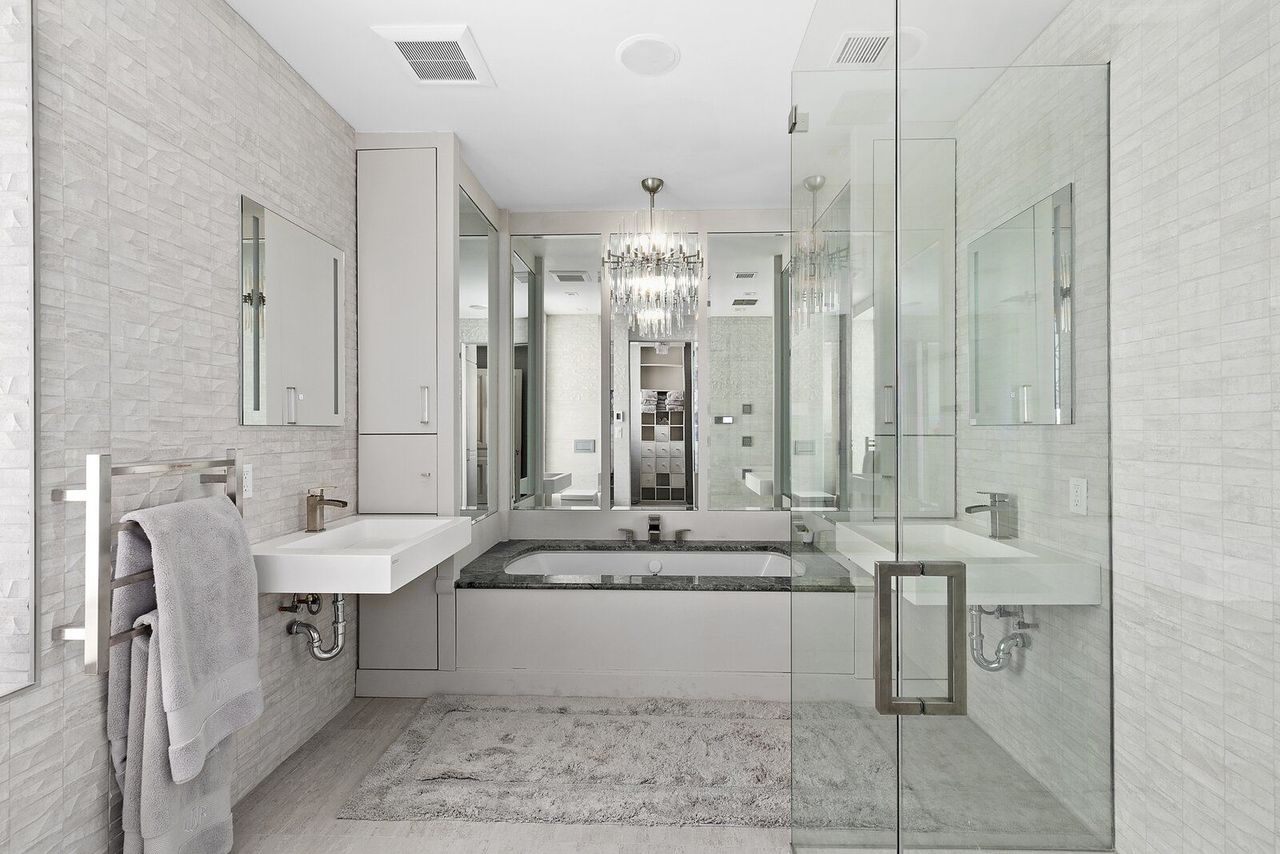 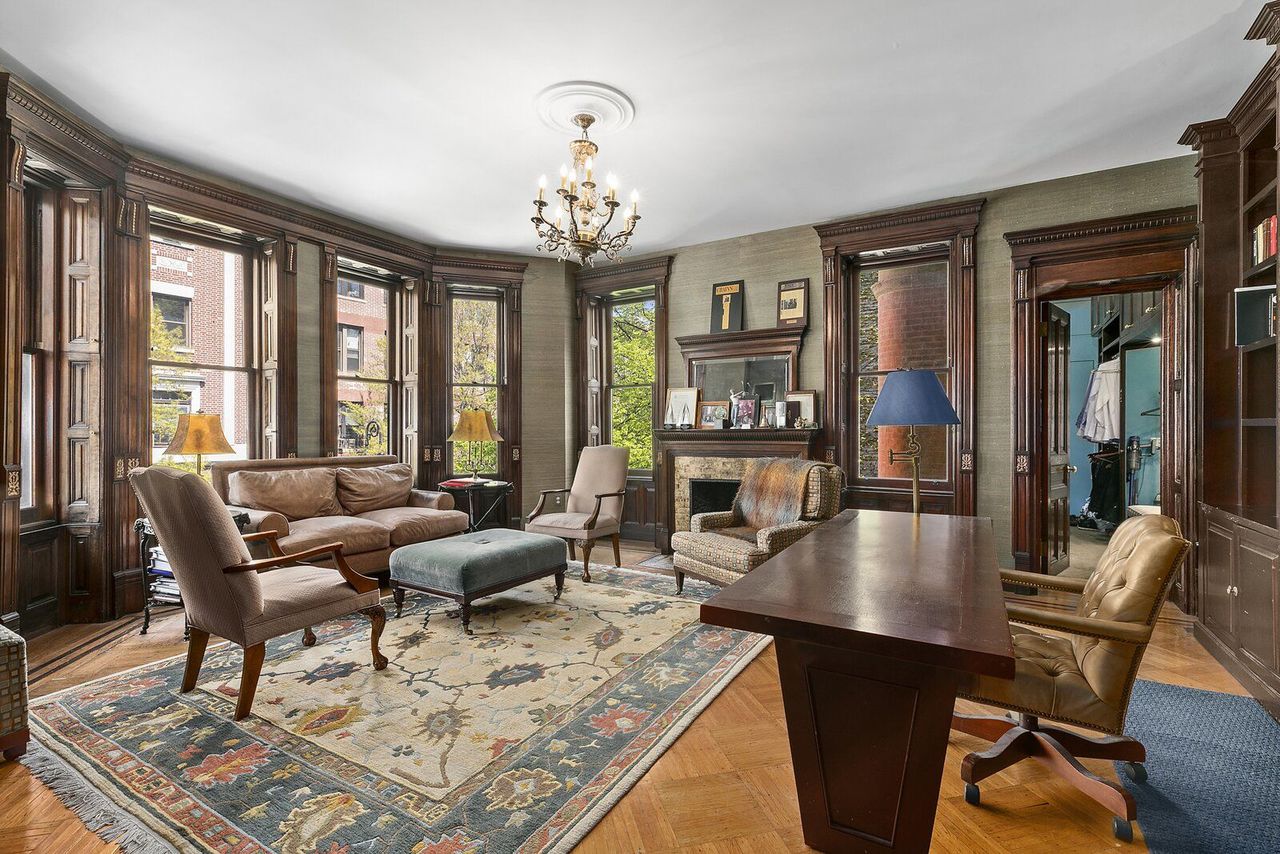 In addition to its various living spaces, the home also includes an office and media room.