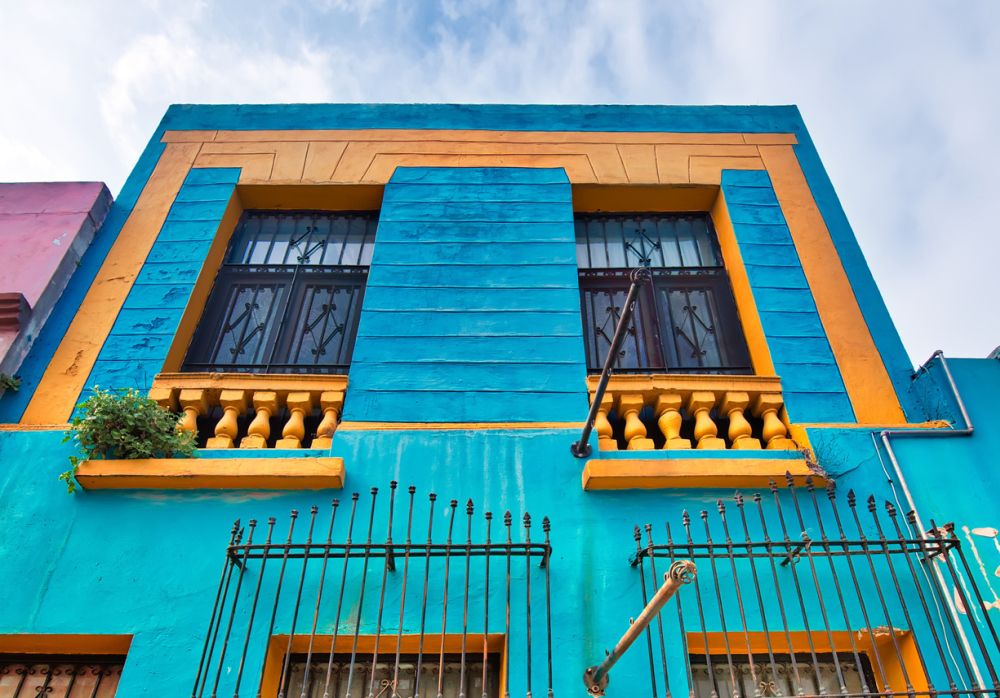 Every country has its own style of home, but in most cases, there are multiple styles within that country that are native to that country. There are many different kinds of Mexican homes that are still alive in Mexico today.

Some are older than others and some are simply historically-inspired yet built in recent years. All are created equal, but you probably want to know the different aspects of each home and what makes them special. 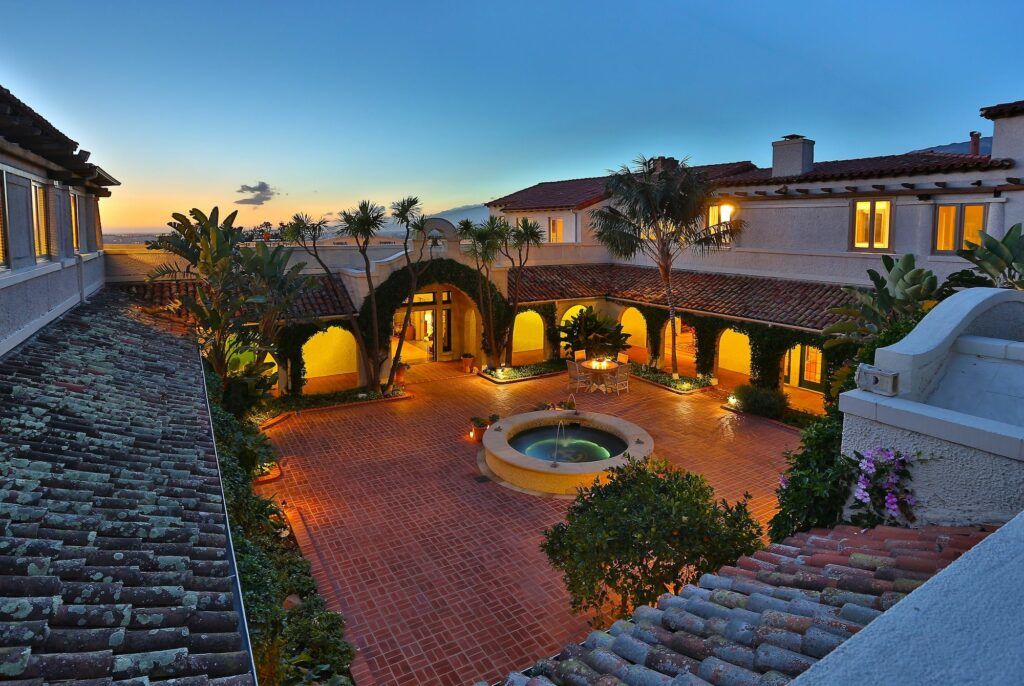 These homes are very impressive and originally only owned by the wealthy. Today, a middle-class family could easily own a hacienda-style home despite them being nicer than most other Mexican homes.

What’s In A Hacienda-Style Home?

*  Clay Roof Tiles – clay roof tiles are traditionally used on most Mexican homes. These tiles are usually red and they can last centuries if taken care of. They are quite expensive to buy these days but were common back in the day.


*  Stucco Walls – another thing that is quite common in Mexican homes is stucco walls. They come in all shapes and sizes because stucco is so versatile. And though it’s very similar, stucco isn’t the same as plaster.


*  Round Doorways – round doorways and arches are common in hacienda-style homes. Without them, the houses would see cold and sharp. Since they are built with stucco, it’s easy to mold the arches.


*  Exposed Beams – exposed beams are common on the inside but often poke out the exterior of the house. You know, the kind you imagine jumping across as a child. Those are very hacienda-style.


*  Small Windows – small windows are common in many different types of homes in hot climates. Large windows let more light and more heat in, so traditionally, small windows were built in Mexico.


*  Courtyard – a courtyard is necessary for a true hacienda-style home. This was a ranch house so of course there was a courtyard that people could gather in while still maintaining a good amount of privacy. 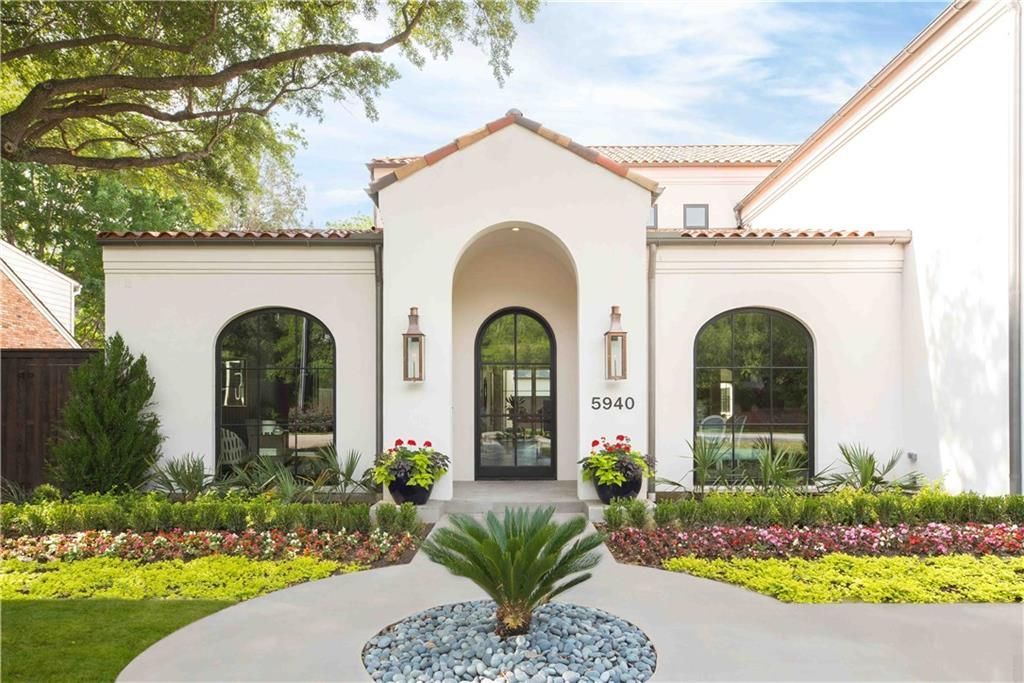 What’s In A Spanish Colonial Home?

* Rock Or Adobe – both adobe and rock were used in Spanish colonial homes. It simply depended on where the home was built. In modern-day Florida, stone was more common but in Mexico, adobe was more common.


* Single Story – these homes were single-story in most cases. Keeping them low to the ground got around tax laws on two-story homes and kept things cooler as hot air rises to higher levels in homes.


* Thick Walls – thick walls actually kept the home cooler because they insulated better than thin walls. This is something people in Spanish colonial times did well. So thick walls are a must for a traditional home like this.


* Tile Work – tile work was something the Spanish did very well. So they brought that talent over to the New World so that they could make money and have distinct houses that reminded them of home.


* Spanish Influence – in truth, Spanish colonial homes will look a lot like traditional Spanish homes. They will also have other European influences that had already influenced Spanish homes in Spain. 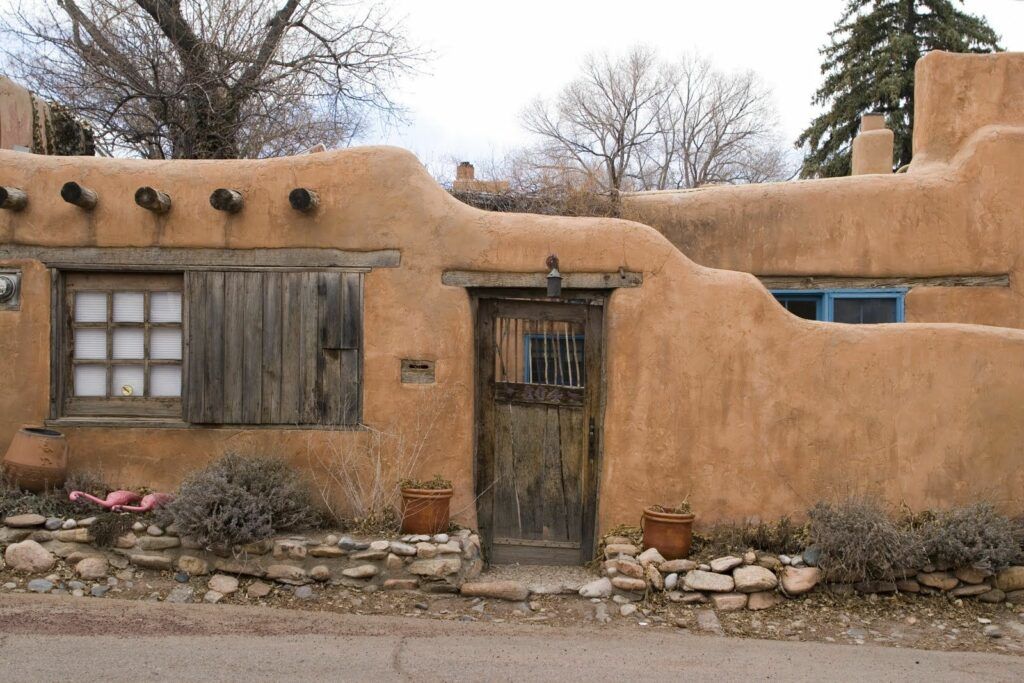 Adobe home is a common term that can be used to describe a lot of different types of Mexican homes. But an adobe-only house is a traditional type of Mexican house that doesn’t have any of the modern architecture.

Adobe itself is made of clay, sand, and silt, with water added to get the right texture. It is one of the oldest building materials and can be found in different forms all over the world and throughout history.

* Flat Roof – pure adobe homes are different than other Mexican homes. They don’t have clay roof tiles, but instead, they have adobe roofs that are completely flat. This can be a problem in water control but offer a fresh look.


* Solid Adobe – yes, the roofs are made of adobe and so is everything else. There could possibly be wood supports, but 90% of adobe homes are made out of adobe. This is the primary material used.


* Simple Designs – this doesn’t mean that the homes are geometric. It actually means that they have unique shapes a lot of the time but the shapes are simple and done by hand. This is similar to a cob home.


* Native Influences – adobe homes are some of the oldest types of homes in Mexico. Especially these adobe-only homes. Because of this, they will have Aztec, Mayan, and other Native Latin American influences.


* Ancient Roots – most of the oldest standing homes in Mexico are adobe homes. They have stood the test of time over and over again. If you want a historical home at a great price, you can’t go wrong with an adobe home. 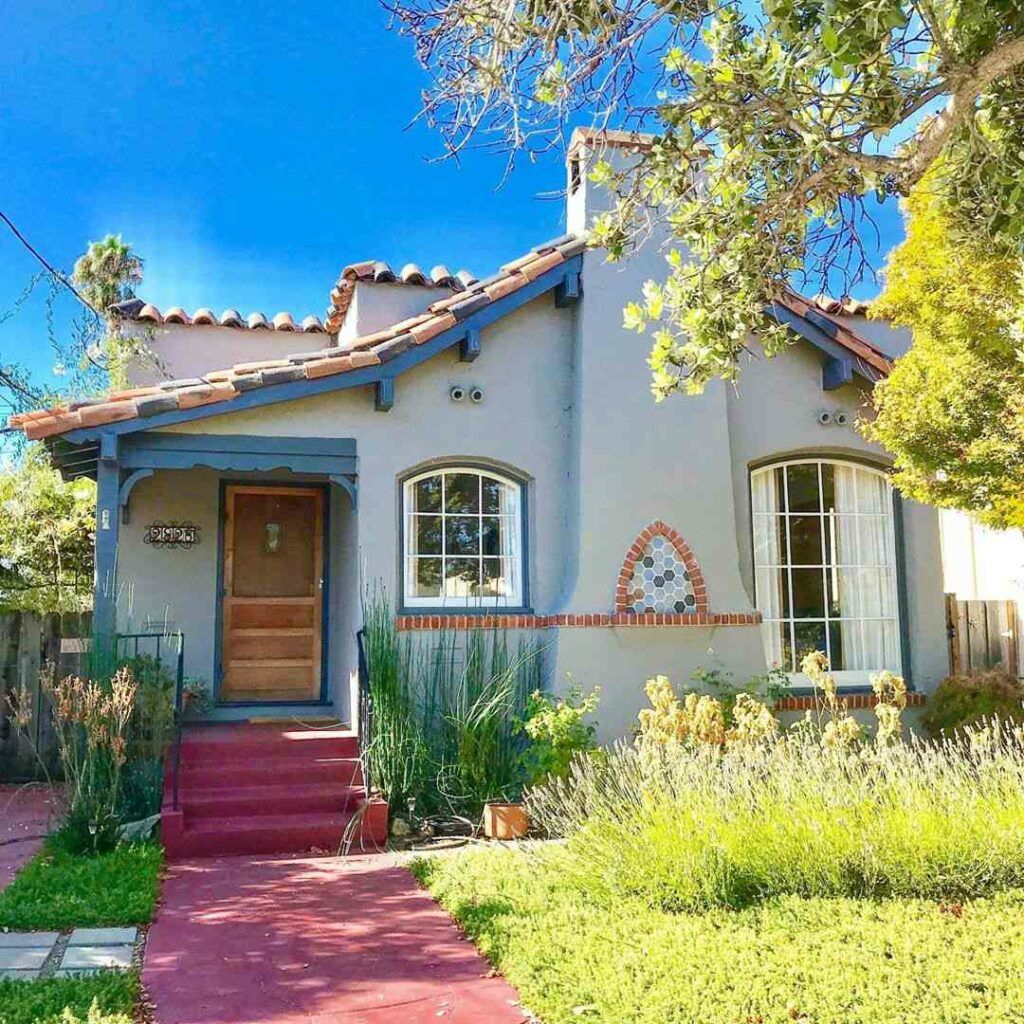 While Mexican cathedrals aren’t traditionally as extravagant as French, English, or other cathedrals, they are extravagant compared to other Mexican buildings. This is some of Mexico’s most gorgeous architecture.

* Intricate Designs – mission-style houses are much more intricate than other types of Mexican houses. These houses will have carved out designs throughout them, but inside and outside of the home.


* Round Rooftops – although there are flat, straight, and curved rooftops on mission-style homes, there are often round areas like you’d see in most cathedrals throughout the world. This is a staple for many mission homes.


* Dormers – dormers are windows or areas that come out of the house in a convex way. There are many types of dormers and dormer windows. They aren’t common in Mexican homes but they are common in mission-style homes.


* Framed Windows – while most Mexican homes have no window frame traditionally, mission-style homes almost always have window frames. And these window frames are unique and extravagant.


* Color Accents – a lot of time, Mexican homes have earth tones throughout history. But mission homes often have colorful window frames, doors, and designs. This is a spiritual way to honor what is to be honored. 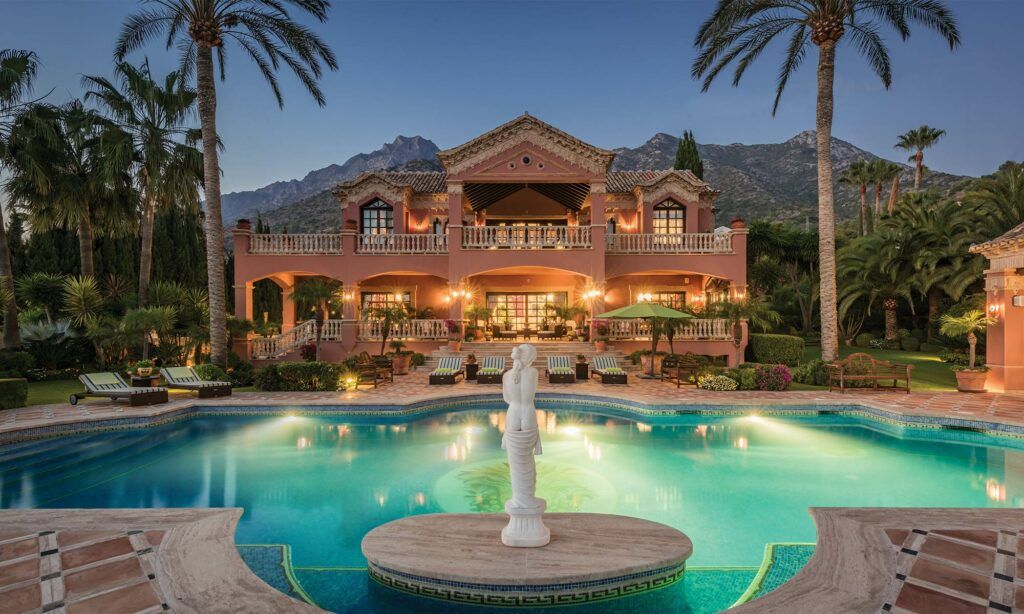 Spanish villa homes are different than other Mexican homes because they were built to incorporate community life. Many people usually live in Spanish villas so they are larger than most and in modern times, the personal yards are smaller.

A lot of Spanish villas do have courtyards but the focus is primarily on the house and immediate landscaping. Both of which are gorgeous, extravagant, and awe-inspiring. You can’t go wrong with a Spanish villa.

* Balconies – balconies aren’t common in many Mexican homes. But Spanish villa homes have balconies so one can look out at their property and visit with neighbors who are on their balconies.


* Tile – tile floors started becoming quite popular in Spanish villa homes when they were rare before. Today, tile is common in Mexican homes and this was primarily thanks to the Spanish villa-style home.


* Brown Roofs – most other Mexican homes had red roofs, but Spanish villa homes have brown roofs. Sometimes, this is because the red has faded, but most of the time it is because they were built that way.


* Small Yards – because the Spanish villa will have a shared yard, much like a condominium would, so the personal yards aren’t large. Today, things are different, and yards can be just about any size.


* Multiple Stories – Spanish villa homes are usually two stories at least. Since most other types of Mexican homes are one story, this really sets them apart from the rest. A good reason to choose to buy one.

Now it comes down to the nitty-gritty. Which type of Mexican home is best? The truth is that there is no best. It all depends on your personal preference. If you want something very traditional and old, choose a solo adobe home.

But if you want the most extravagant type of Mexican home that isn’t modern, then choose a mission-style home. All types of Mexican homes are functioning and offer a history that lives within the home.

So find out which one is best for you and live your best life, knowing you’re living in a part of history. Whether you build it or buy it is up to you, because even building a “historical” home is keeping the culture alive.