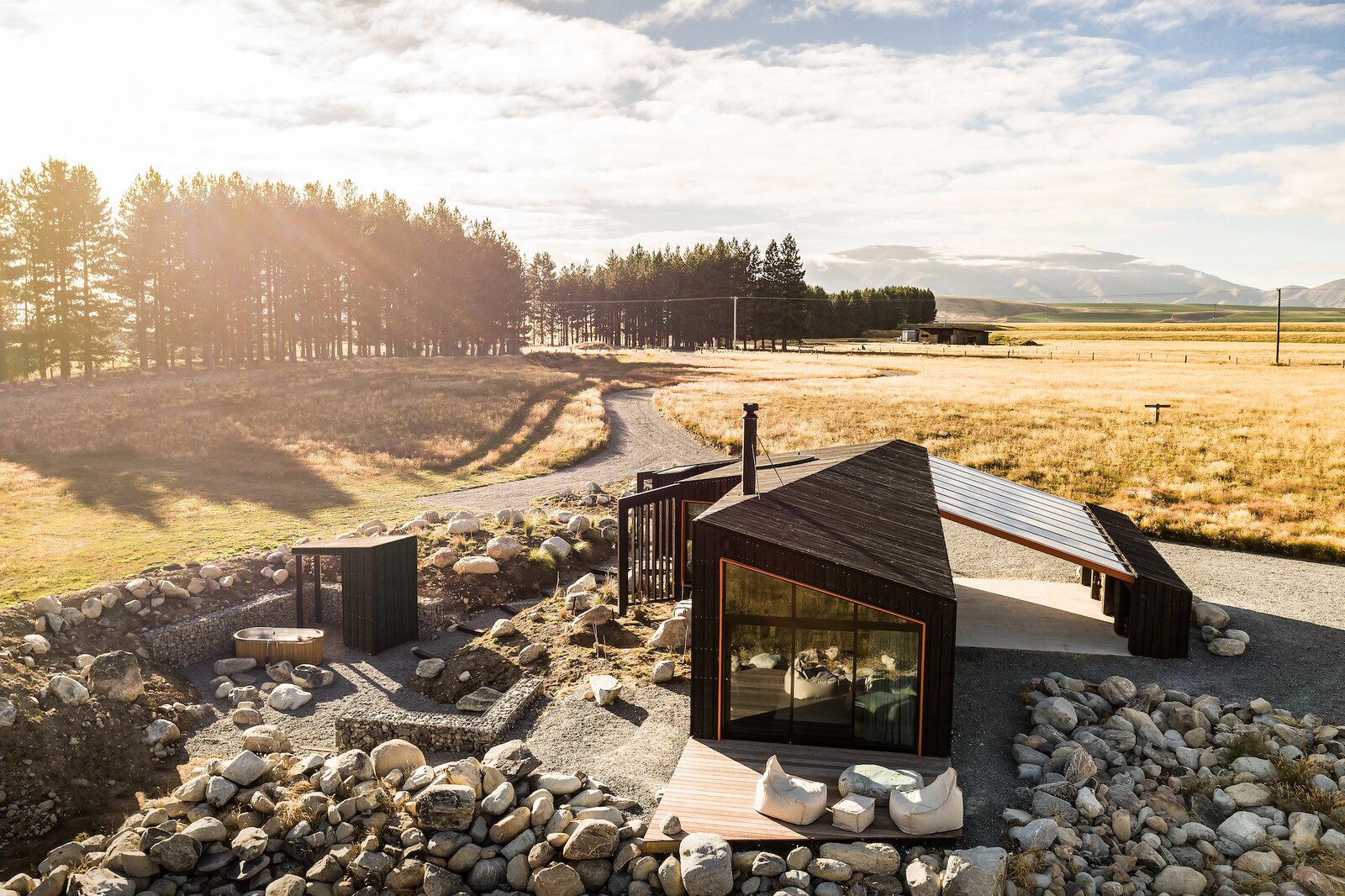 To Design a Cabin in New Zealand, Its Architect Looked to the Sky

Birds fluttering overhead gave Barry Connor inspiration for the compact cabin, which is positioned for some of the most spectacular night-sky viewing in the world.

Skylarks have long been symbols of joy, their warbling birdsong a source of inspiration for countless great musical works and poems. But in creating a remote cabin on New Zealand’s South Island, architect Barry Connor wasn’t listening to their trills. Instead, he looked at the birds’ dance-like flight patterns to design a form that "nods to the skylark’s distinctive aerial display-with their angular, precise, and purposeful acrobatics," he says. 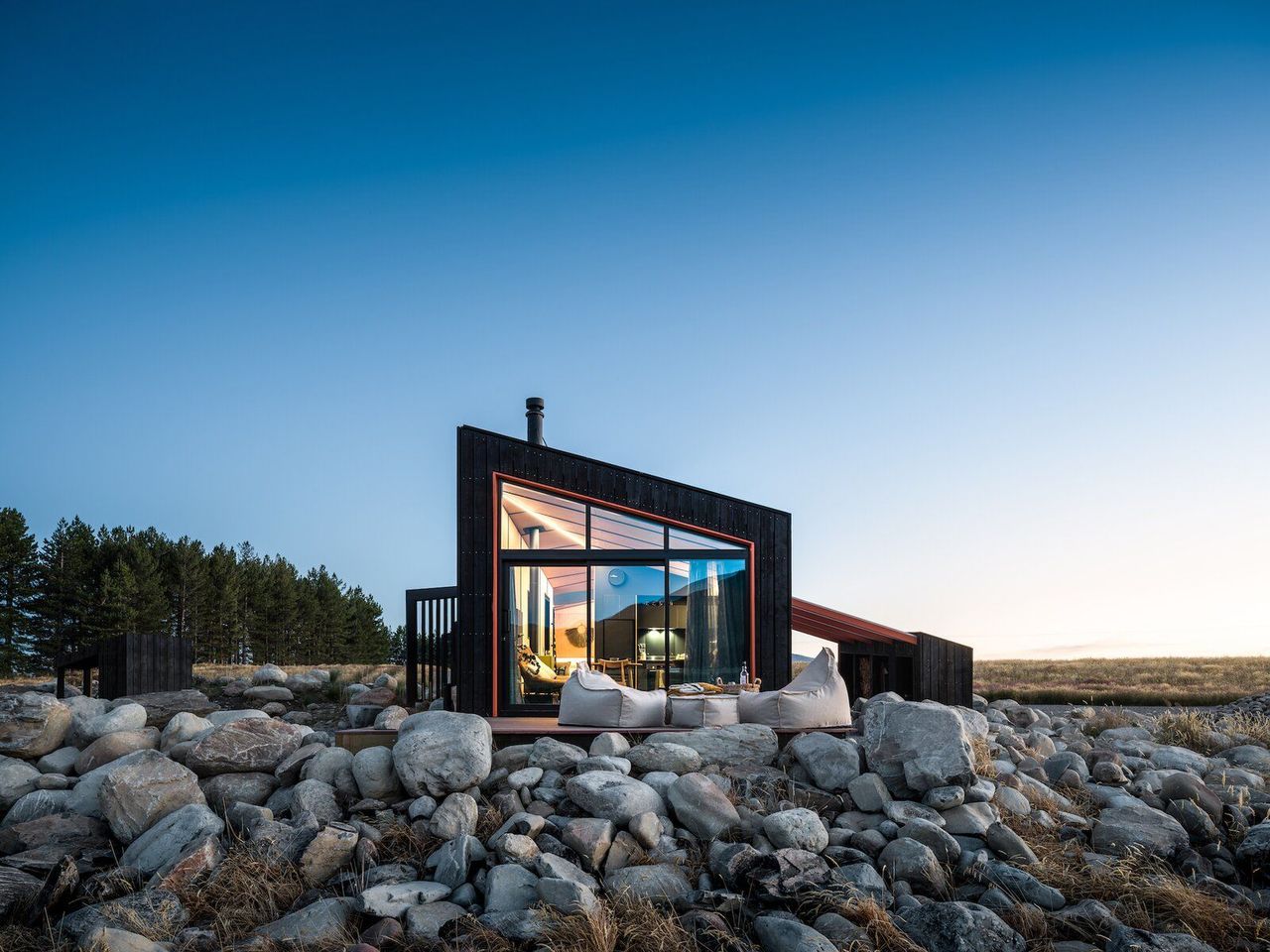 The initial brief from his clients, however, was much more grounded. "They requested a simple retreat with honest materials," he recalls. "They wanted to be able to watch the sunlight and shadows dancing along the Ben Ohau Range, and the skylarks frolic over the tussocks. It needed to be a place to literally soak up the landscape with a focus on effortless relaxation." 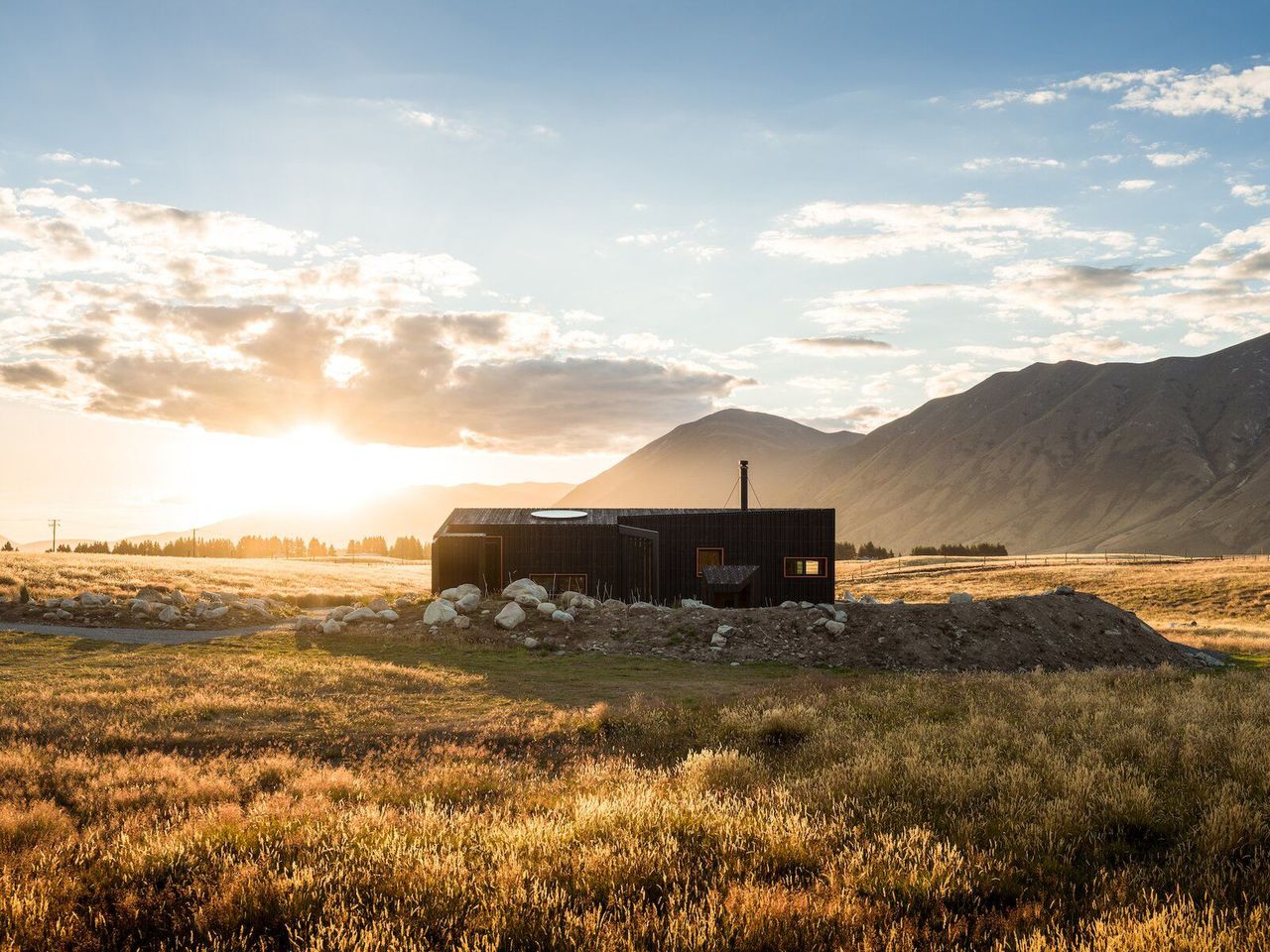 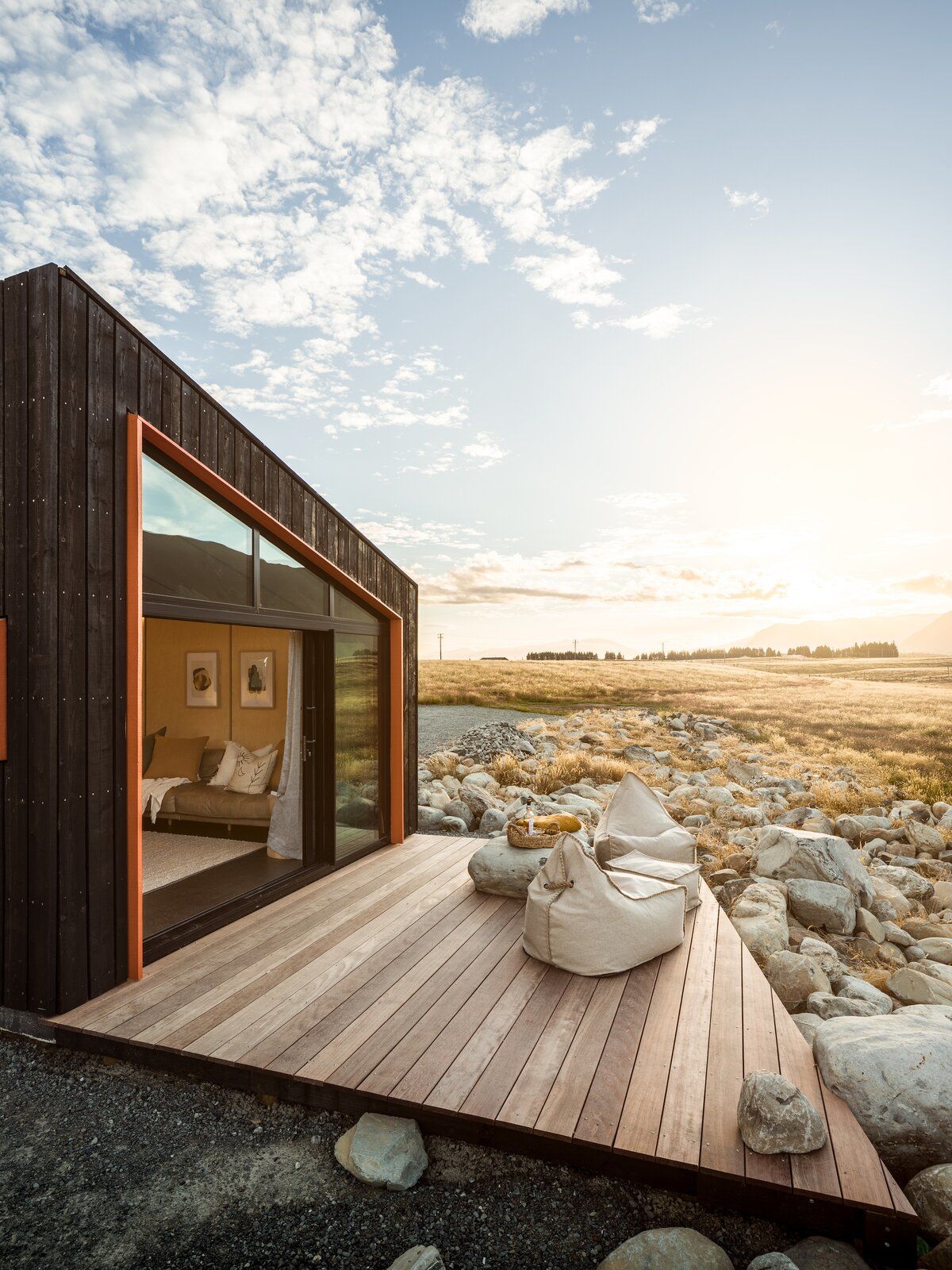 With its roughly 540-square-foot plan, the cabin nests discreetly in a dip in the land, hiding almost completely from the main road. Under a single roof that comes to a peak diagonally across the floor plan are two distinct areas: One containing the more open living spaces, and the other with a bedroom and bath. Connecting the two are an entrance hall that’s accessed via a carport. Each area is arranged to capture different views: In the living space are floor-to-ceiling doors and windows that frame the Ben Ohau Range in the distance; to the right of the entrance are a bedroom and bathroom positioned for morning sun throughout the year, and a dramatic circular skylight frames a glimpse of the Aoraki Mackenzie International Dark Sky Reserve-one of only eight dark sky reserves in the world. Of course, the entire spectacle can be seen by simply stepping outside. 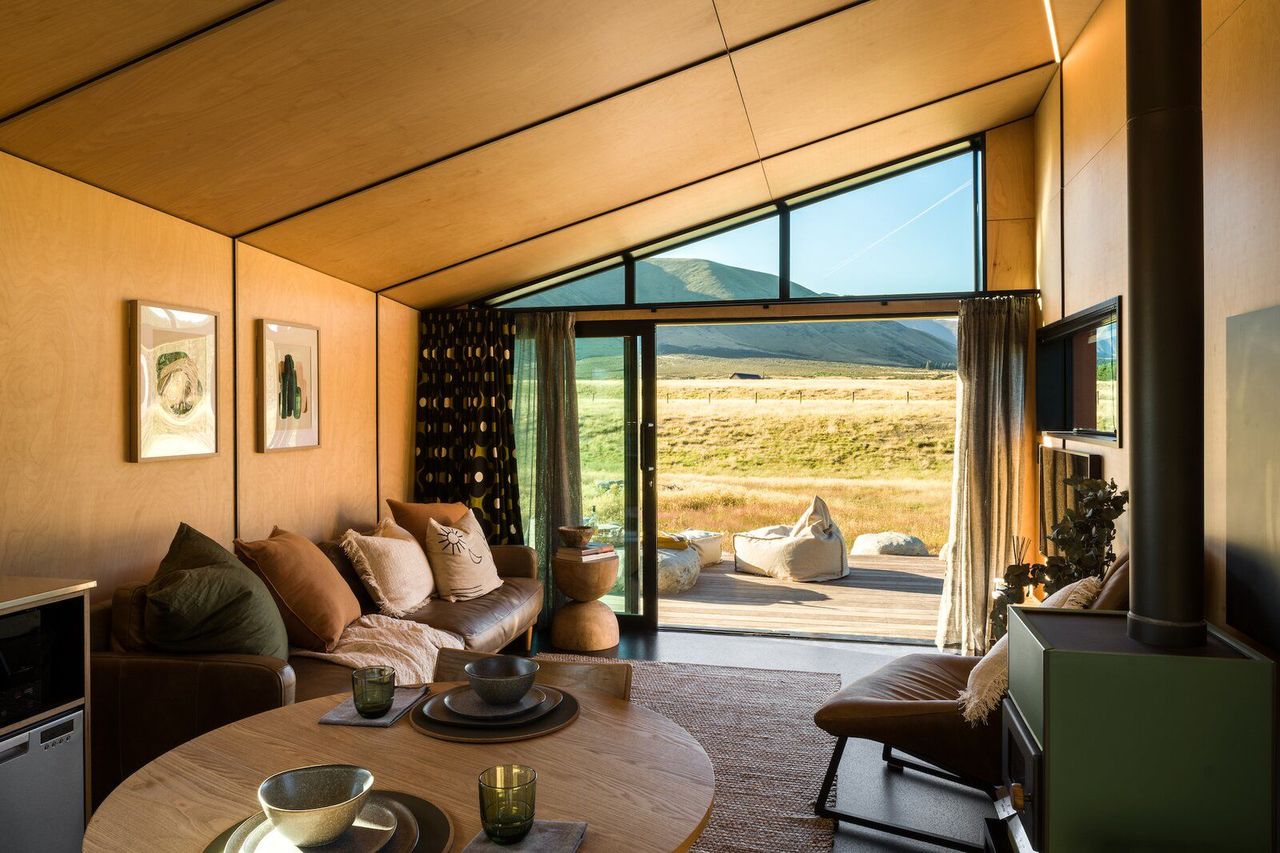 The cabin sits atop a plinth of natural stone boulders that were saved during site excavation. Angular in form, the structure’s exterior is clad in a rough-sawn, dark-stained larch rainscreen that connects it to the surrounds.

"This was done intentionally to enable the home to be discreet and not become visual clutter within the landscape," reveals Connor. Small accents still add flair: The burnt-orange window frames and structural frames, which were requested specifically by the client, provide a vibrant pop of color and reference the lichen that can be found on nearby rocks. 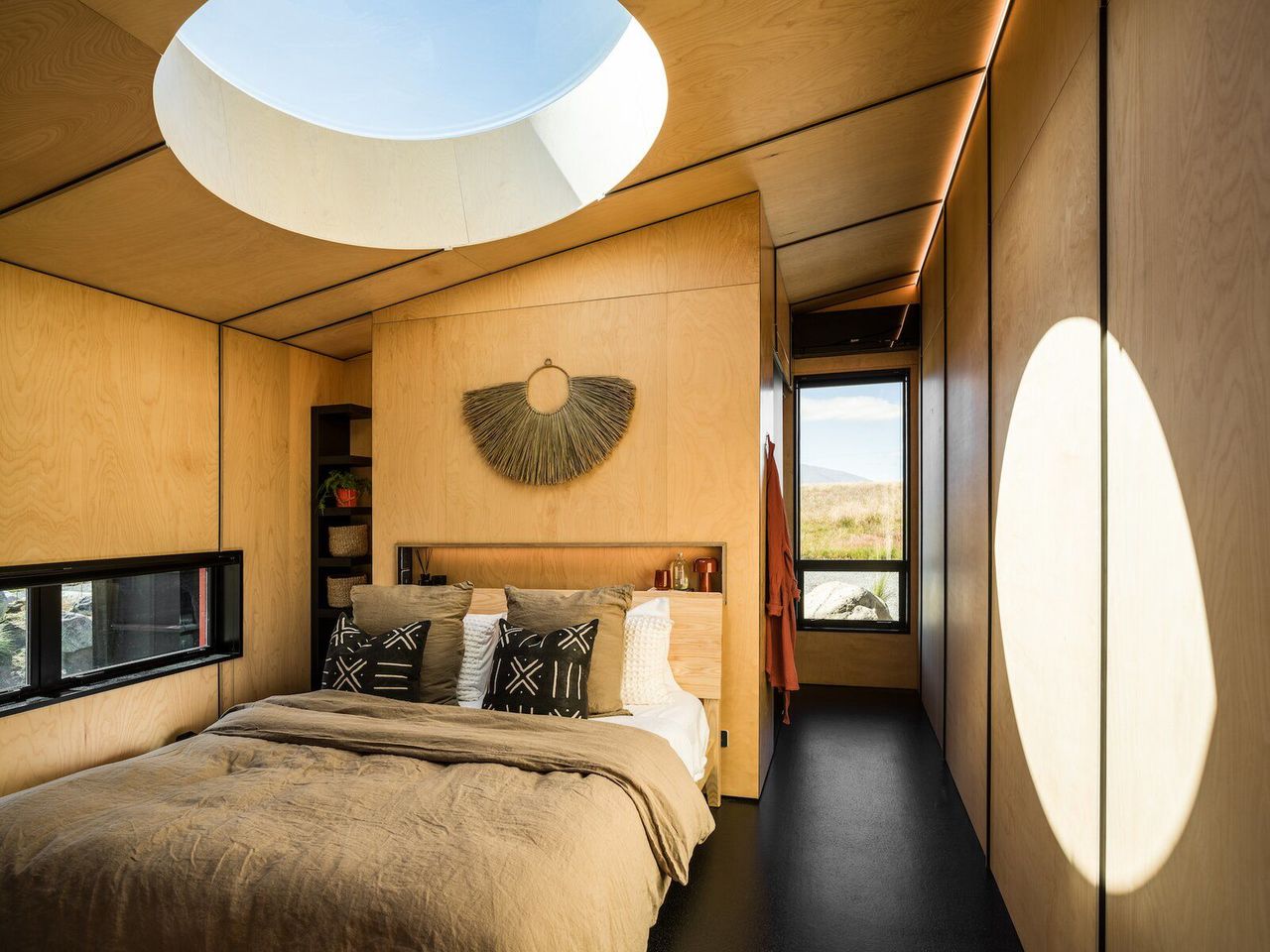 In contrast to the dark exterior, the interior is warm and inviting, and black ribbing between the beech plywood panels reference skylark nests. The color of the plywood, meanwhile, references the tussock grasses that carpet the region. 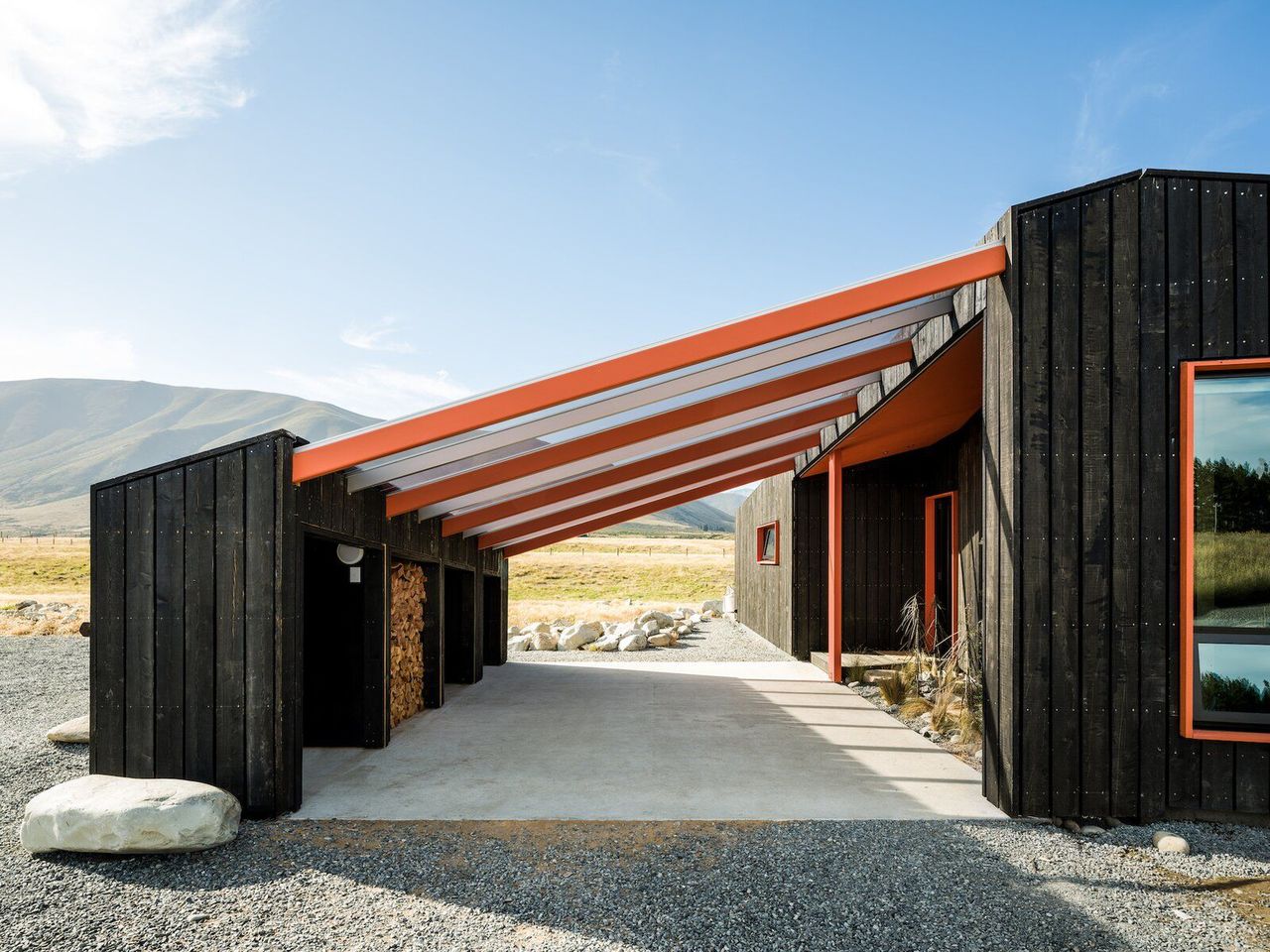 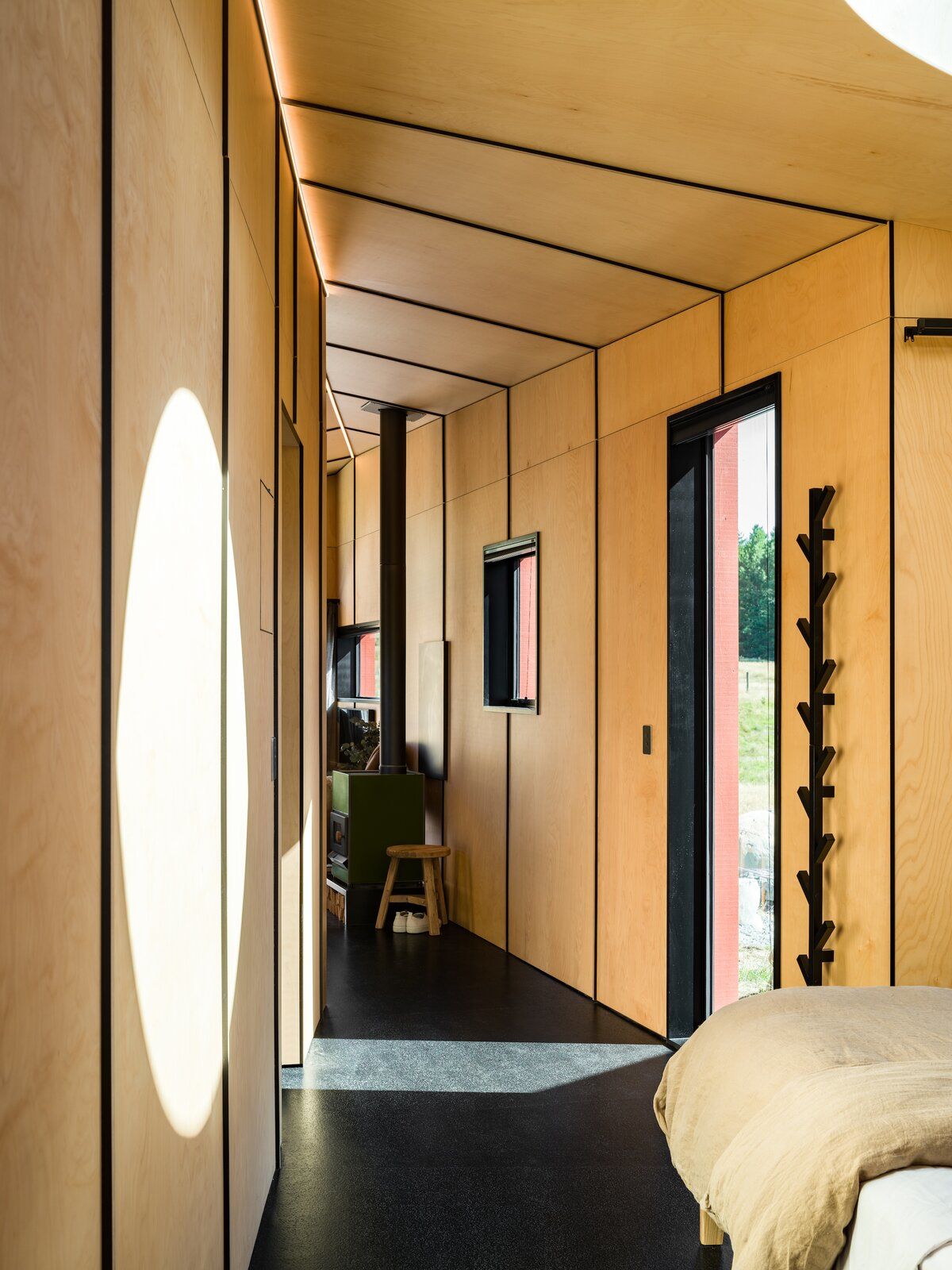 Given the intricate, bespoke detailing on the project-such as all gutters and downpipes being contained within the 40-millimeter space behind the rainscreen-the biggest challenge was finding the right builder. J.M.Bint Construction, however, was able to bring the vision to life with precision. 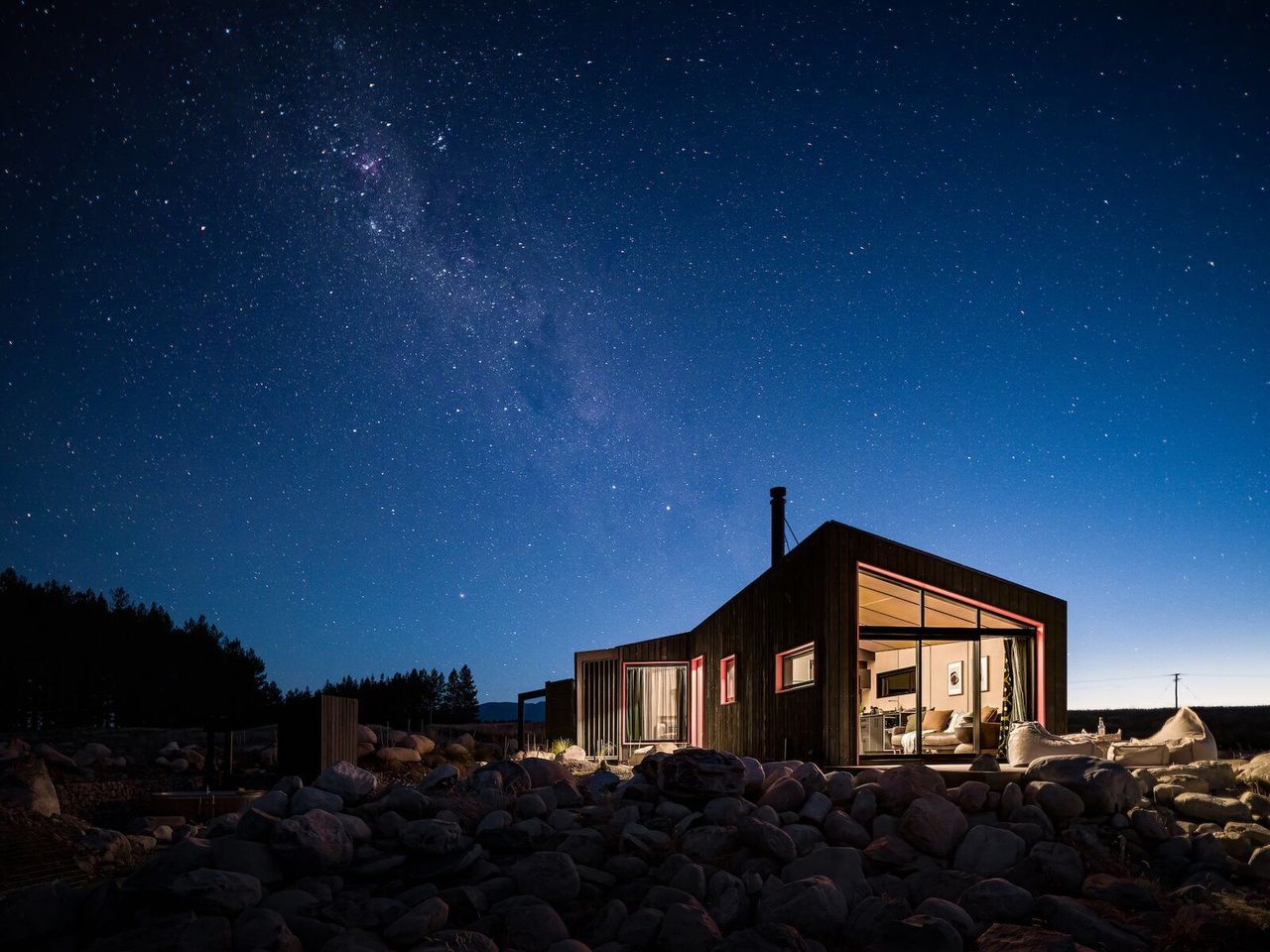 "I love how discreet the building is within the site," says Connor. "You don’t quite know what it is due to its unusual shape. It’s only once you approach from the driveway that you get a sense that it is a dwelling."