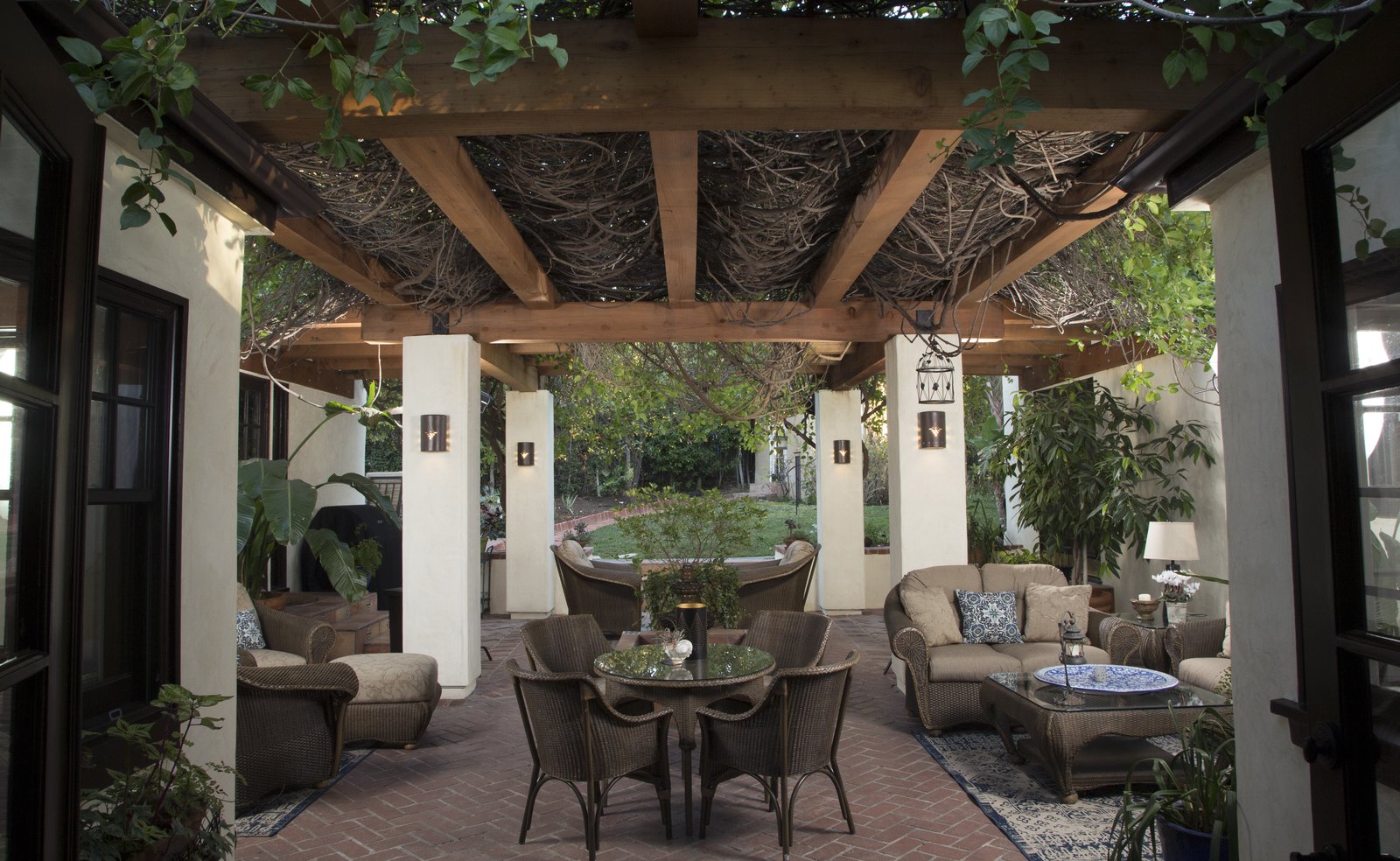 When it was purchased by its current homeowners in 2013, this ranch-style house, nestled into the Hollywood Hills, needed a lot of work. The homeowners spent several years updating the interiors, and in 2017, turned to one final project: replacing the pergola that covered the exterior courtyard. The structure not only supported the home’s Spanish style, but quite literally supported a pair of 60-year-old trumpet vines that grew as a lush canopy over the space. Determined to keep the courtyard-and its striking, verdant baldachin-a focal point of the home, the homeowners set about updating the pergola with a more resilient, natural material. 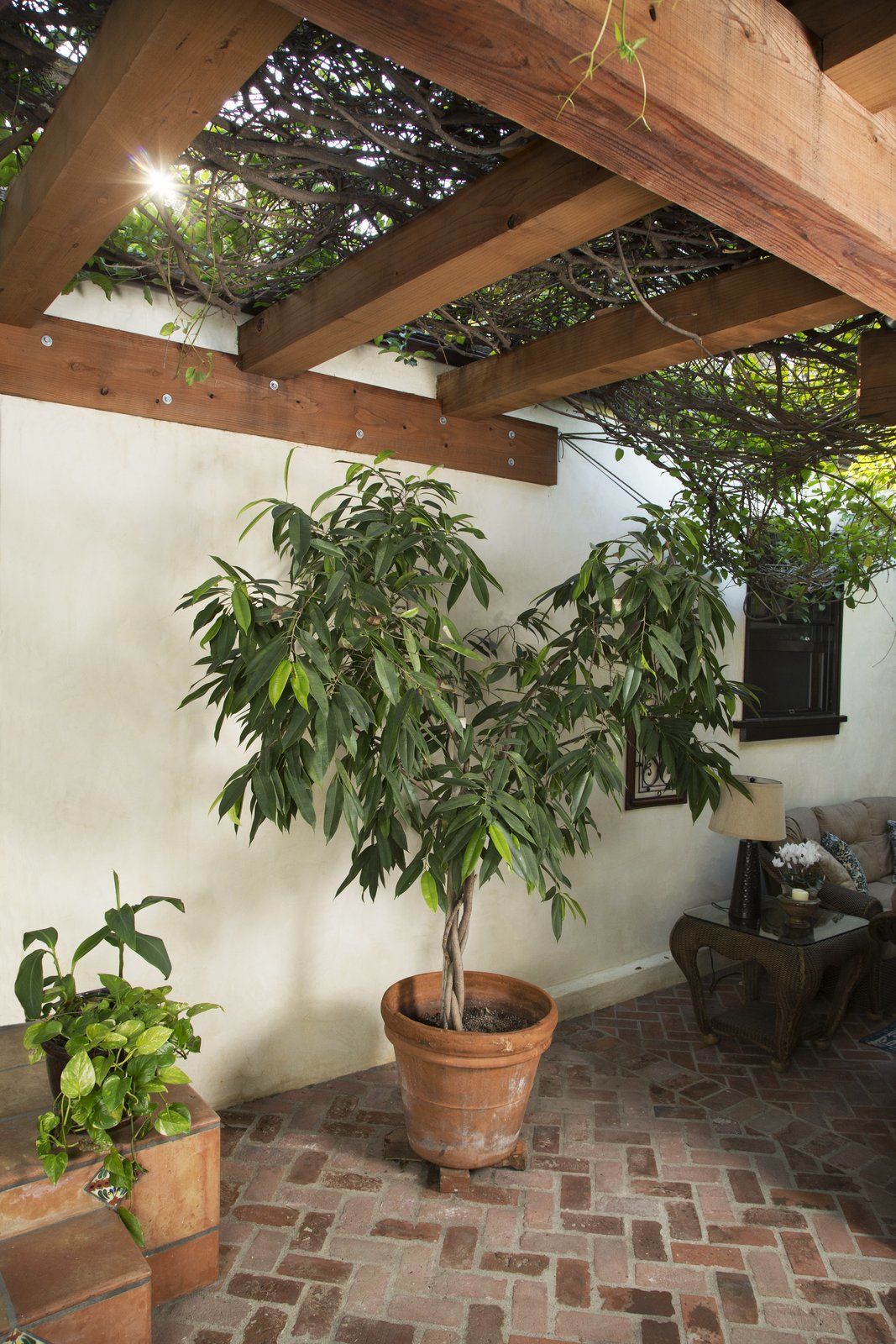 Originally built with Douglas-fir, this pergola got an update in 2017. The homeowners decided to go with redwood to ensure durability, beauty, and strength.

The pergola was originally constructed with Douglas-fir, but it was falling apart. "The Douglas-fir was the wrong wood to use, altogether," says the homeowner. "It was highly weathered, there were significant structural concerns, and had to be replaced." The family wanted to use natural products whenever possible, but needed a material that would last. Lightweight and easy to use, redwood is also surprisingly durable and incredibly strong. It is also naturally resistant to all kinds of threats like weather, insects, and decay. In addition to these factors, redwood is simple to maintain, and looks beautiful whether treated with a stain or left unfinished. After doing their research, the homeowners agreed that redwood was the obvious building material for the updated pergola. 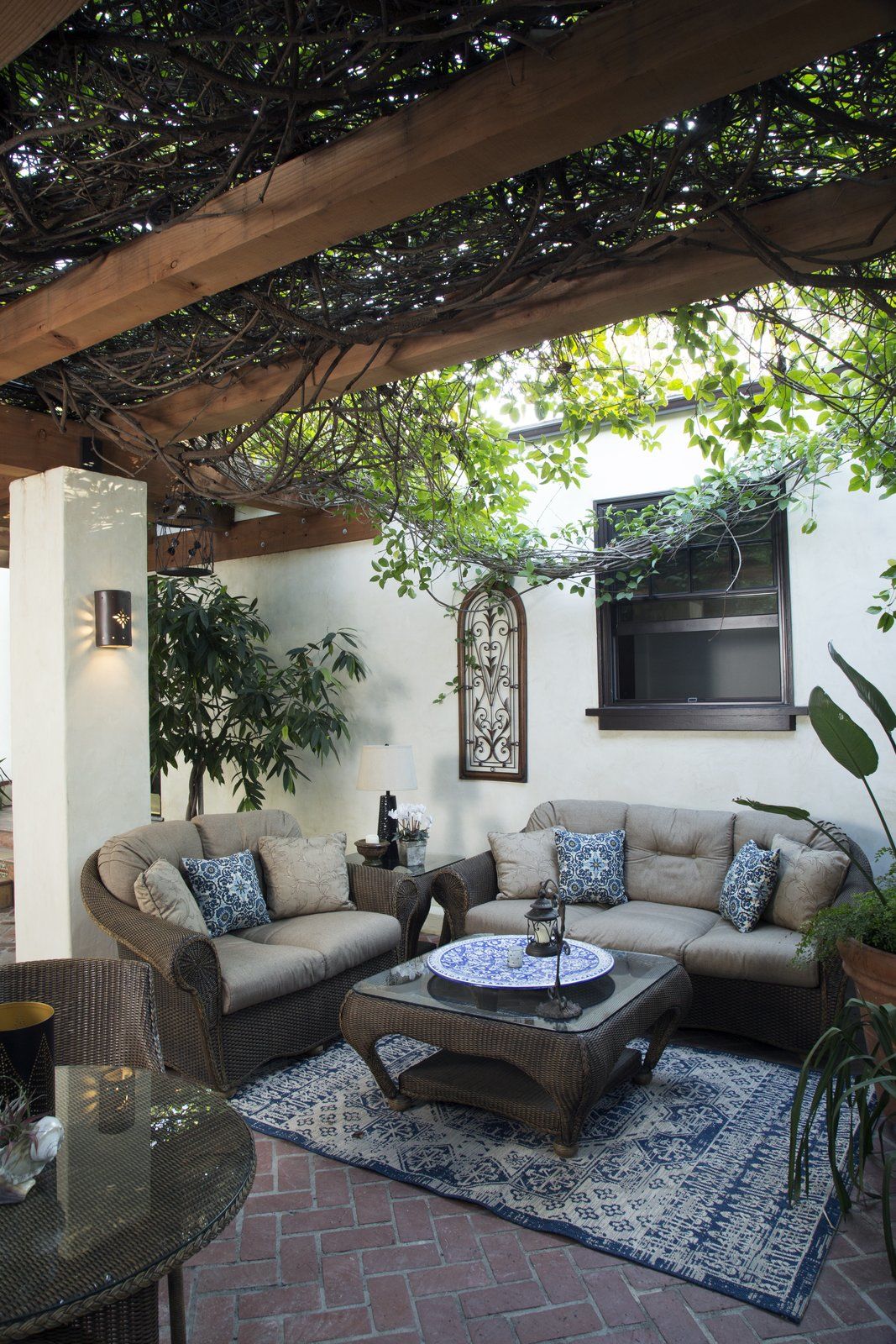 The homeowners determined that redwood timbers would be the best structural support for their tree-like trumpet vines. 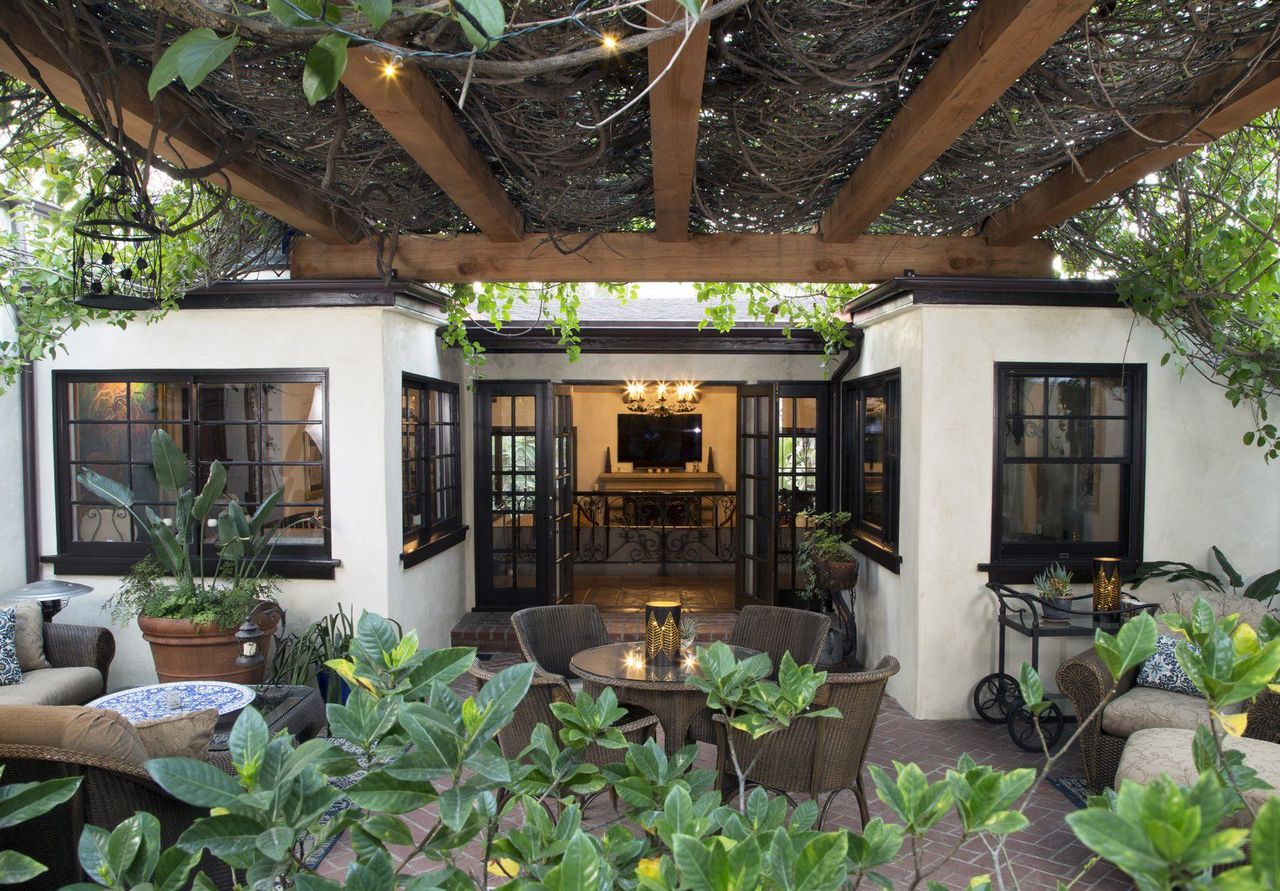 Determined to keep the courtyard-and its striking, verdant baldachin-a focal point of the home, the homeowners went to great lengths to protect the trumpet vines while updating the pergola with a more resilient material. 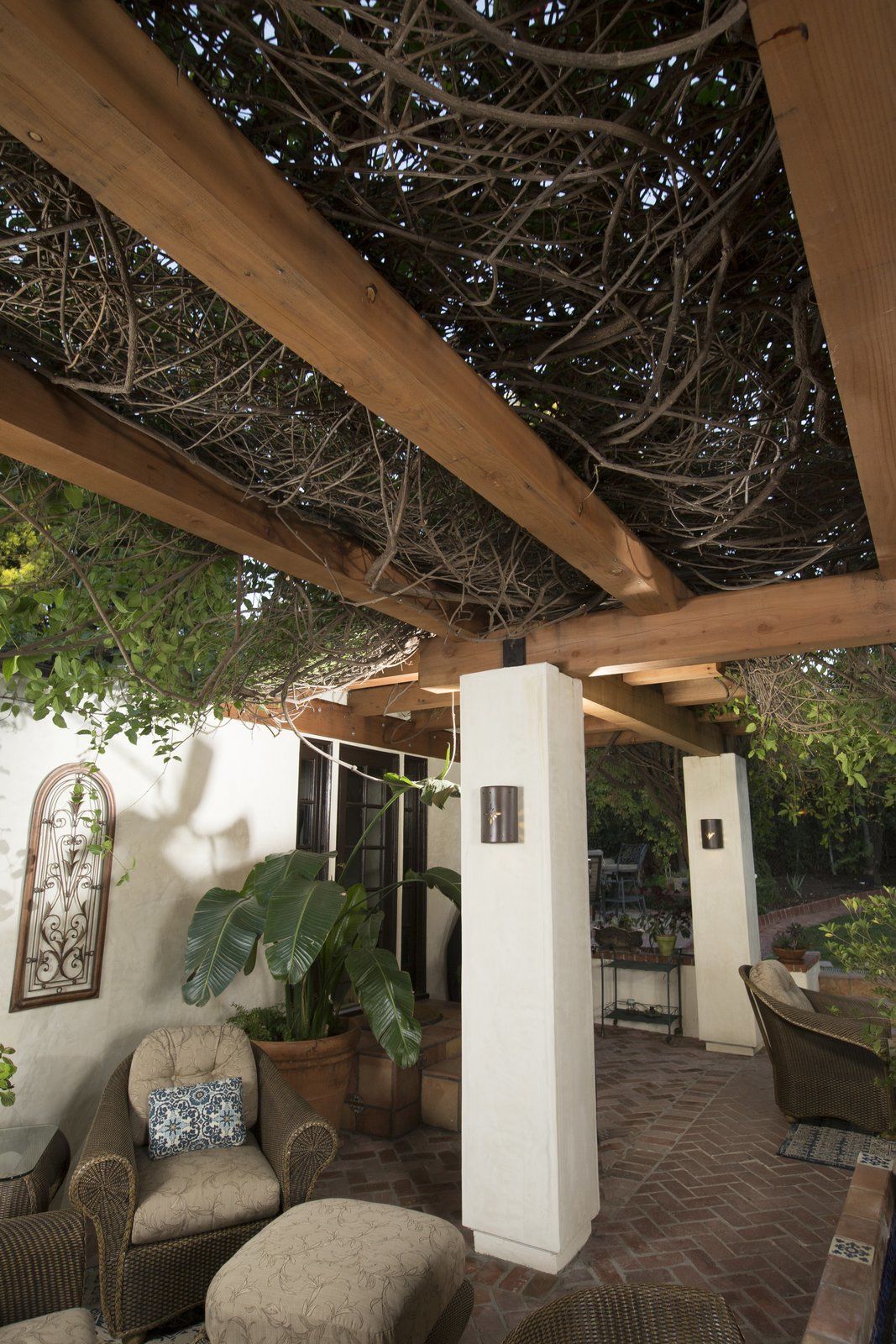 One of the most important factors for the homeowners was supporting the trumpet vines, which, though not original to the house, predated many of its homeowners and had become part of the home’s history. Lightweight but strong, redwood timbers were the best structural support for the heavy, tree-like vines. Additionally, they could leave the wood untreated, which meant saving the vines from coming into contact with any harsh sealants or stains.

Before work could begin on the pergola itself, contractors built scaffolding to suspend the trumpet vines over the space to give the crew enough clearance to do their installation. Ultimately, the vines were returned to the pergola’s new rafters and are thriving.

Decay and termite resistant, and beautiful even when unfinished, redwood proved to be the best choice for this pergola.

Now completed, the updated pergola is a piece of classic Hollywood Hills history, honoring the home’s past while being built for the future. The redwood used in the pergola’s re-construction ensures durability and lasting beauty, and captures the warmth, strength, and comfort of the original structure. 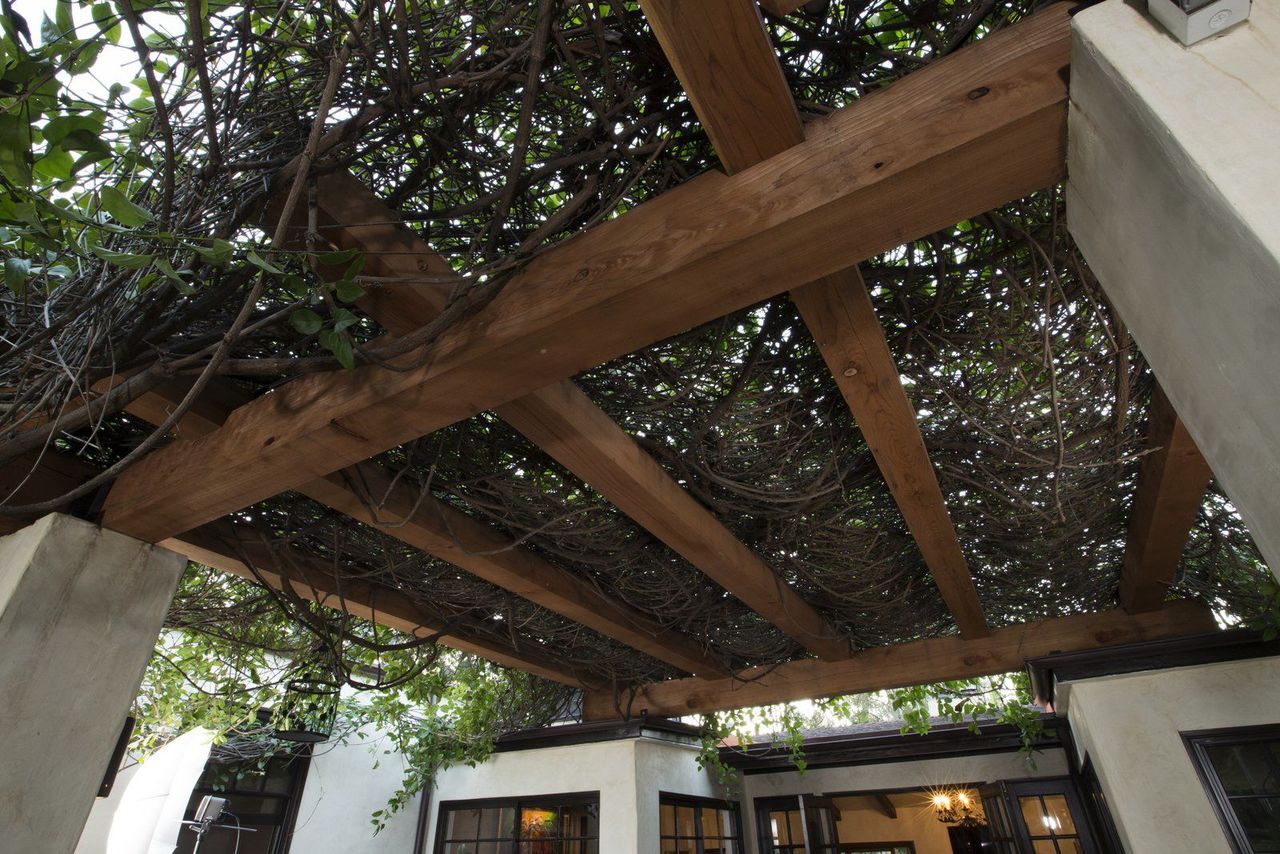 Since 2008, Humboldt Redwood has worked to manage productive timberlands with a high standard of environmental stewardship. The company manages 209,300 acres of Forest Stewardship Council® (FSC® C005200) certified coast redwood and Douglas-fir timberlands in Humboldt County, California. Decking, dimensional lumber, timbers, and uppers are manufactured at the company’s Scotia, California sawmill and distributed to lumber yards and home improvement retailers throughout California and the Western U.S. 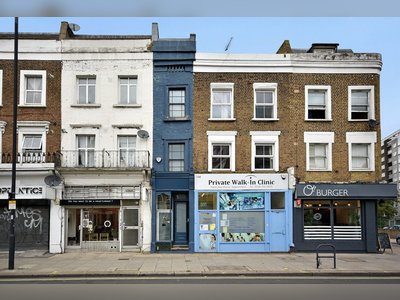 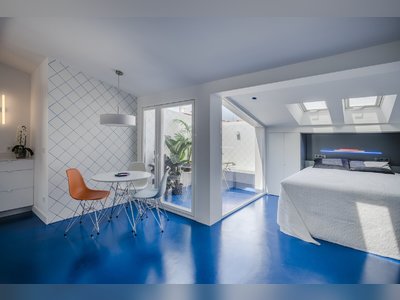 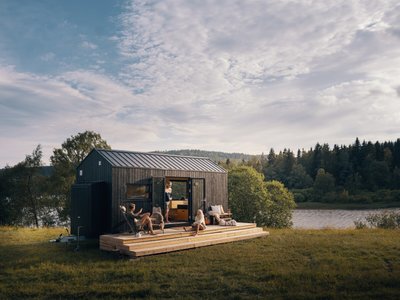 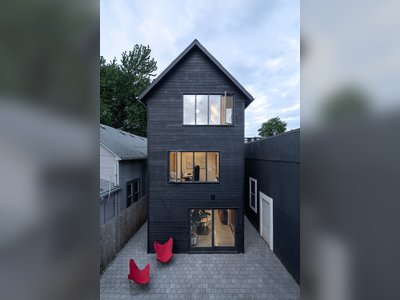 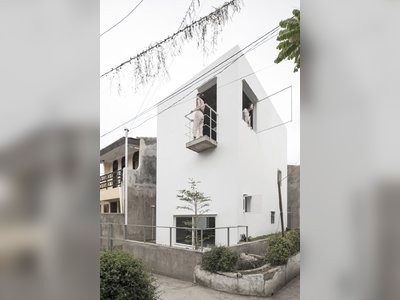 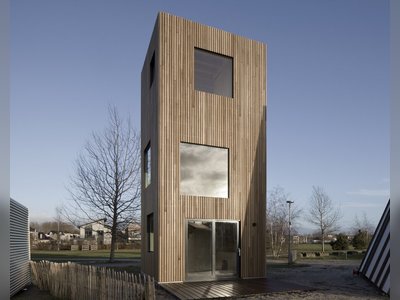 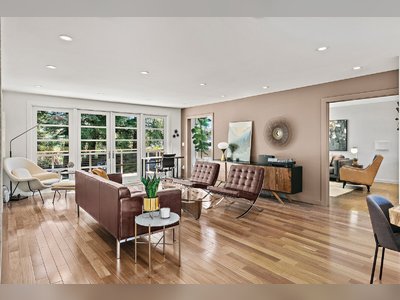 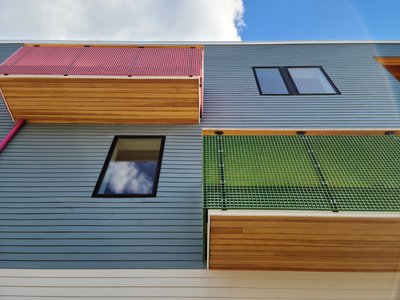