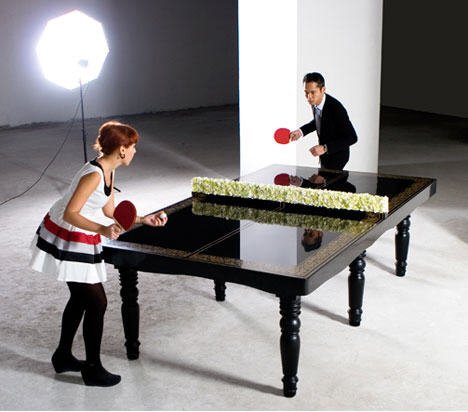 "PING-PONG Dining table harks back to the origins of table-tennis with its duality of both being a table fit for dining and playing on.

What started off as impromptu after-dinner amusement mimicking tennis in an indoor environment for upper-class Victorians became an international phenomenon with rules and standards. This is an official-sized game table with a DuPont Corian surface CNC machine-routed with French Rococo patterns interjected with Ping-pong iconography filled with gold lacquer, supported by stately hand-lathed timber legs. 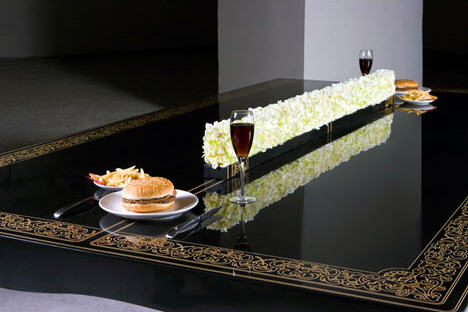 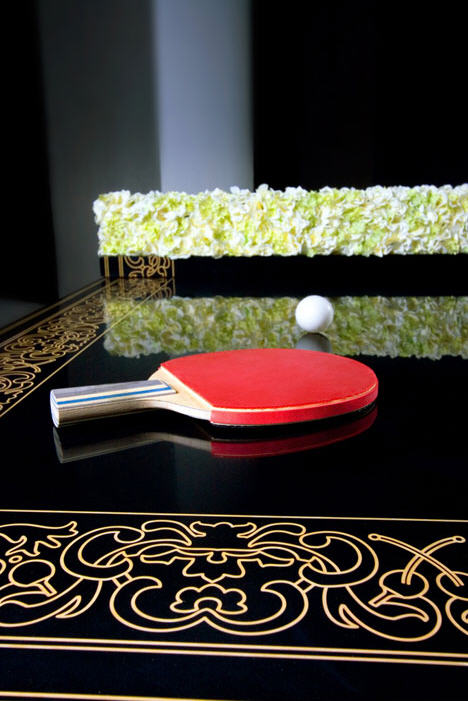