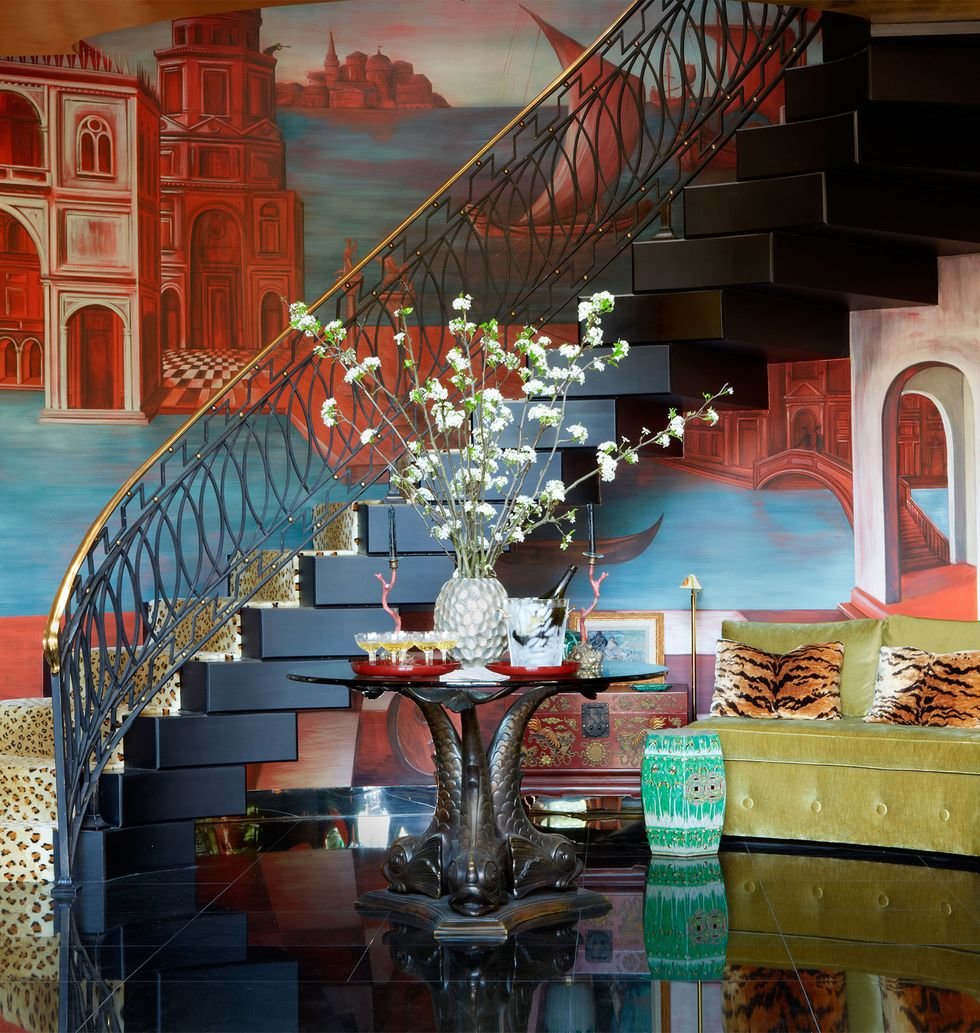 The Statement Staircase Is Having a Moment

Part engineering marvel, part sculpture for the home, these are more than just utilitarian steps.

The utilitarian staircase is rapidly becoming a moment of eye candy that’s all but required in the homes of the design cognoscenti-not just in grand suburban houses, but in city dwellings as well. “Trends come in waves, and right now staircases are absolutely the focus,” says Thomas Kligerman, a partner at architecture and interiors firm Ike Kligerman Barkley. “I would not call this a thread going through the world of design-it’s a cable. Everyone’s talking about it.”

At their first meeting, Kligerman’s clients now regularly say a show­stopping staircase is essential; one, an art collector, asked for one “like a Brâncusi,” Kligerman says. “Like anything good, he wants it sculptural and beautiful but not overwhelming. He doesn’t want it to steal the show, but it can’t be a simpering pile of a structure either.” Designer Hutton Wilkinson had a similar thought when he built his Beverly Hills house: “I said to the architect, ‘The staircase can cost any amount of money because it’s a sculpture.’” What Wilkinson installed-a snaking three-story spiral staircase padded with leopard carpet (shown above)does drop a jaw. “You have to make an entrance. Stairs deserve a lot of attention.” 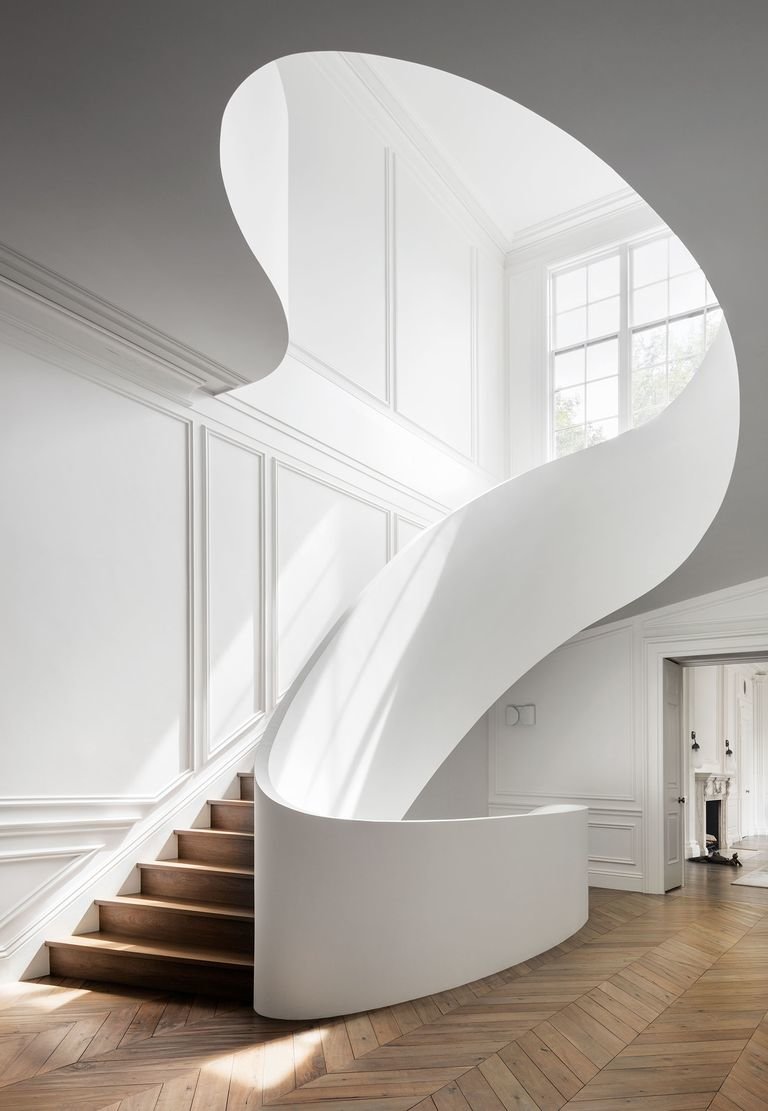 One possible reason staircases have new import in the current aesthetic climate: “It’s an opportunity to be more decorative in modern homes where we don’t do that much decoration,” says Cherie Goff, a principal of HMH Architecture + Interiors, which won an award from the American Institute of Architects for a zigzagging staircase inspired by origami trees. Goff’s firm often builds them with steel, which can be sturdy even while it’s comparatively razor-thin at an eighth of an inch in thickness; in her own Golden, Colorado, home, currently under construction, the staircase is a circular spiral in patinated black steel. “You can do really cool things you can’t do with wood,” she says. For a ­client’s 18-acre property in Bridgehampton, New York, Kligerman designed what appears to be a floating staircase-complete with glass handrails and oak treads on a black steel carriage-that maximizes the view out the 25-foot-tall windows overlooking bucolic fields. “We used low-iron glass, so it’s clear, not green,” he says. “You look right through it. We did a lot to make it as light as possible.”

Speaking of light: It’s a key element for any staircase, a de facto stage. “You have to have a really great chandelier down the middle,” says Wilkinson, whose own staircase fixture dangles three stories and is finished in red lacquer with Lucite balls and eight-inch candles. “If possible, we recommend a laylight or skylight at the top of a staircase to bring light down through the circulation area of the house,” says designer Heather Hilliard. “Now we’re seeing more lights integrated into the actual staircase. In one contemporary project in San Francisco, we specified a hidden LED light strip in a reveal between the stair treads and risers to light the space between the wall and stairs. The indirect light casts a beautiful glow all the way up the stairs to the top floor.” 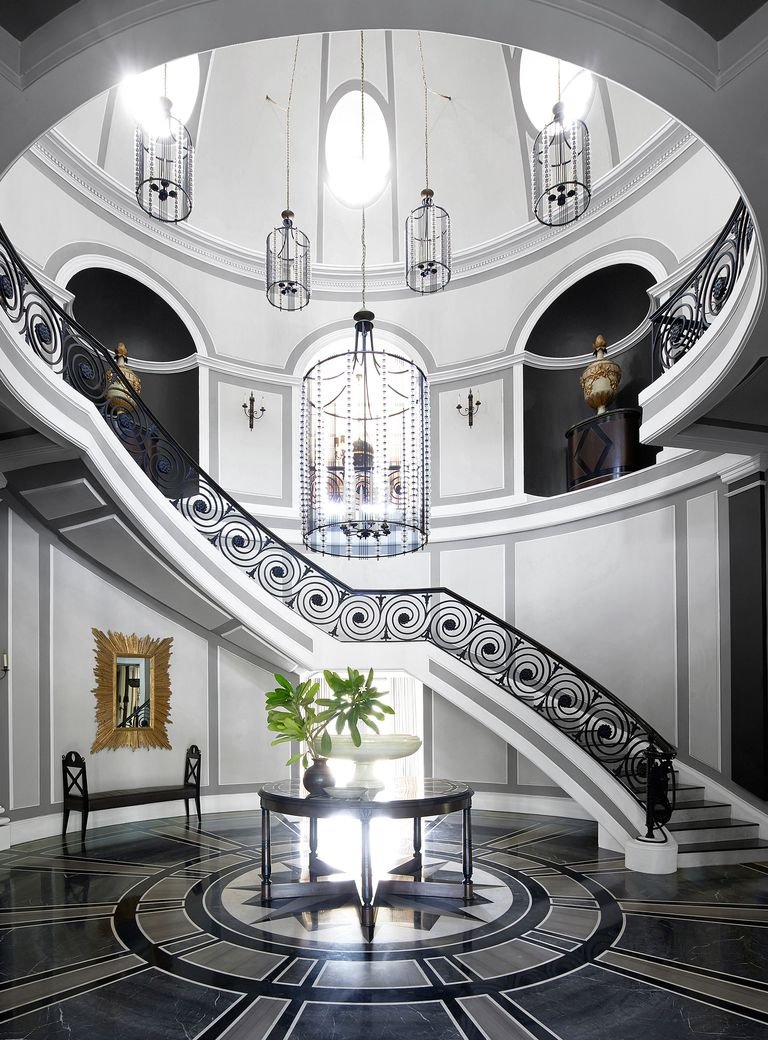 As with anything, the beauty is in the details. When Brooklyn architect and ELLE Decor A-List designer Leyden Lewis transformed four units of a Lower East Side tenement building into a loftlike duplex, he wrapped the reclaimed-maple stairs in sustainably acquired untanned leather that would oxidize over time. “When you have the opportunity for something utilitarian to be expressive, the question is, Why not?” Lewis sees the theater in the act of ascending and descending.

And when Wilkinson’s clients balk at a megawatt central escalier on occasion, he will balk right back: “You’re taking out the best part. How are you going to come down the stairs in a chiffon dress and greet your guests if you hide the staircase over to the side?” 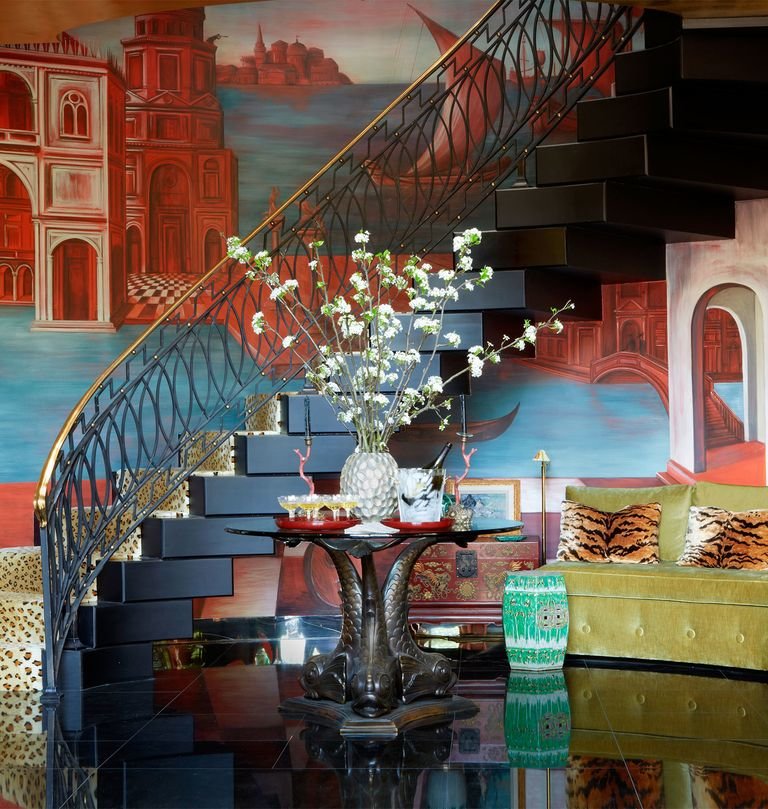