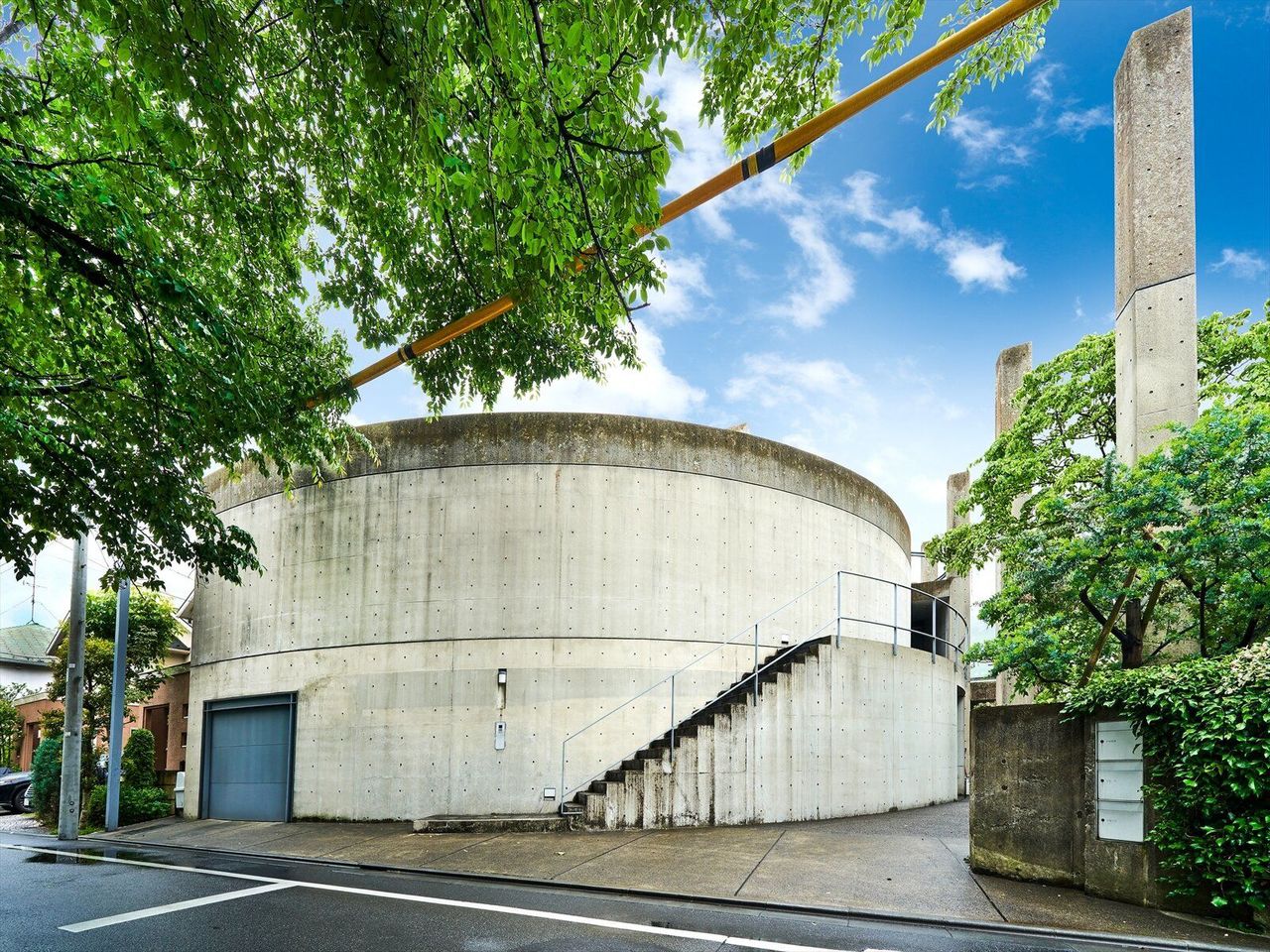 A self-taught master of modern architecture, Tadao Ando is world-renowned for his minimalist style, often expressed in massive concrete forms that play with natural light to create surprising interior spaces. Examples include the 1989 Church of the Light in his native Osaka, Japan-which features an ethereal sanctuary illuminated by a cross-shaped light well cut through the concrete wall-as well as the 1990 Ito House in Tokyo, which is among his few residential commissions and was recently put up for sale by its owners. 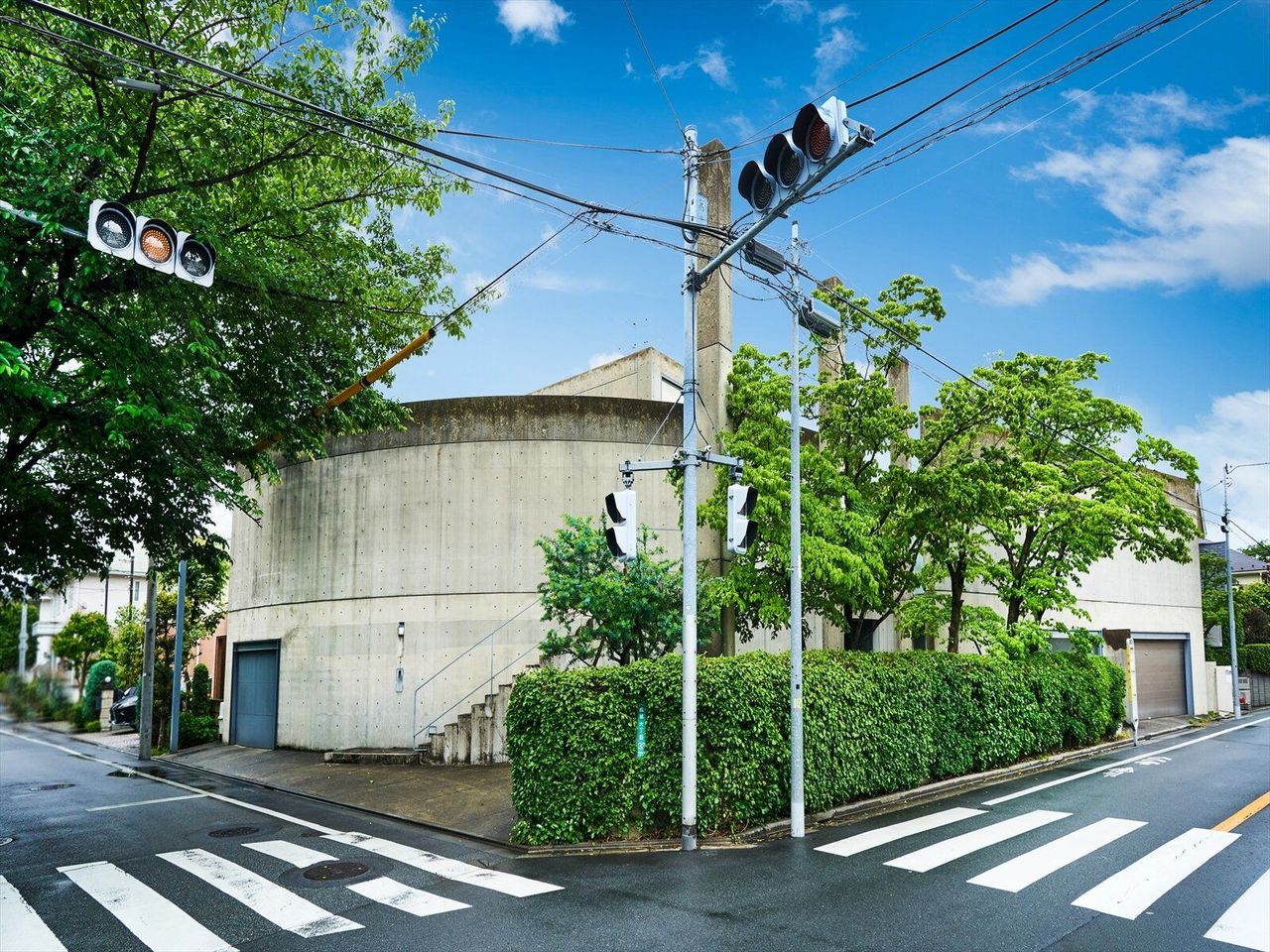 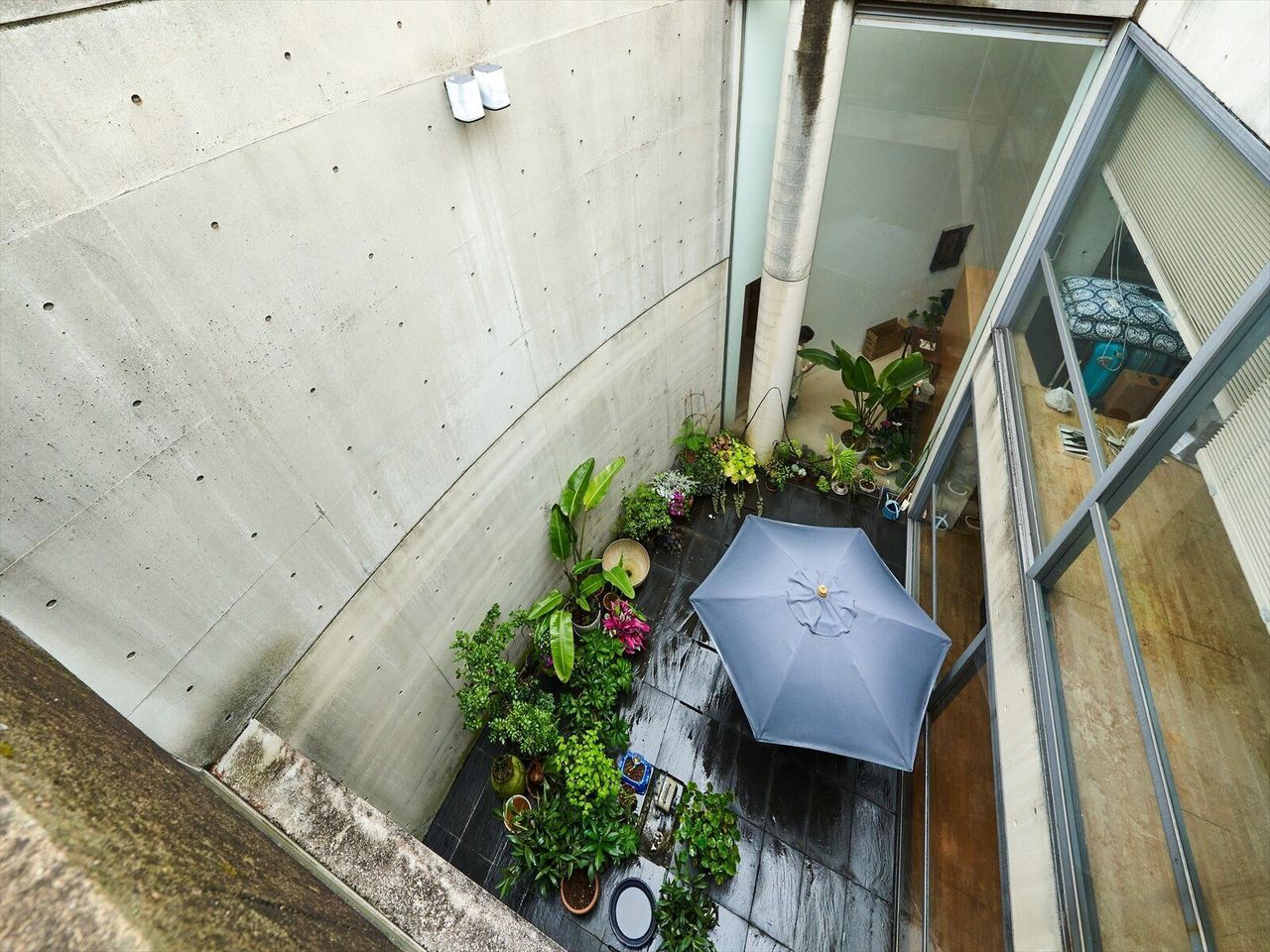 The nearly 5,500-square-foot structure includes three multi-floor units positioned between several courtyard gardens. The overall plan is also based on a series of overlapping arcs and rectangular spaces that create specific relationships with natural light.

An extensive case study in the February 1990 edition of Progressive Architecture, published as Ito House was being completed, described Ando’s work as reductivist but far from simple. "The geometry of [his] interior plans, typically involving rectangular systems cut through by curved or angled walls, can look rather arbitrary and abstract. What one finds in the actual buildings are spaces carefully adjusted to human occupancy," the article notes. Ando’s prodigious use of solid concrete-demonstrated by Ito House-allows him to "seal his building[s] behind anonymous walls" and "open them to internal courts." An apartment on the middle floor of Ito House is embraced by the curved wall. Sunlight enters from the sides and above via narrow windows in the courtyard and along the roof.

The Progressive Architecture article continues, "All of his restraint seems aimed at focusing our attention on the relationships of his ample volumes, the play of light on his walls, and the processional sequences he develops." 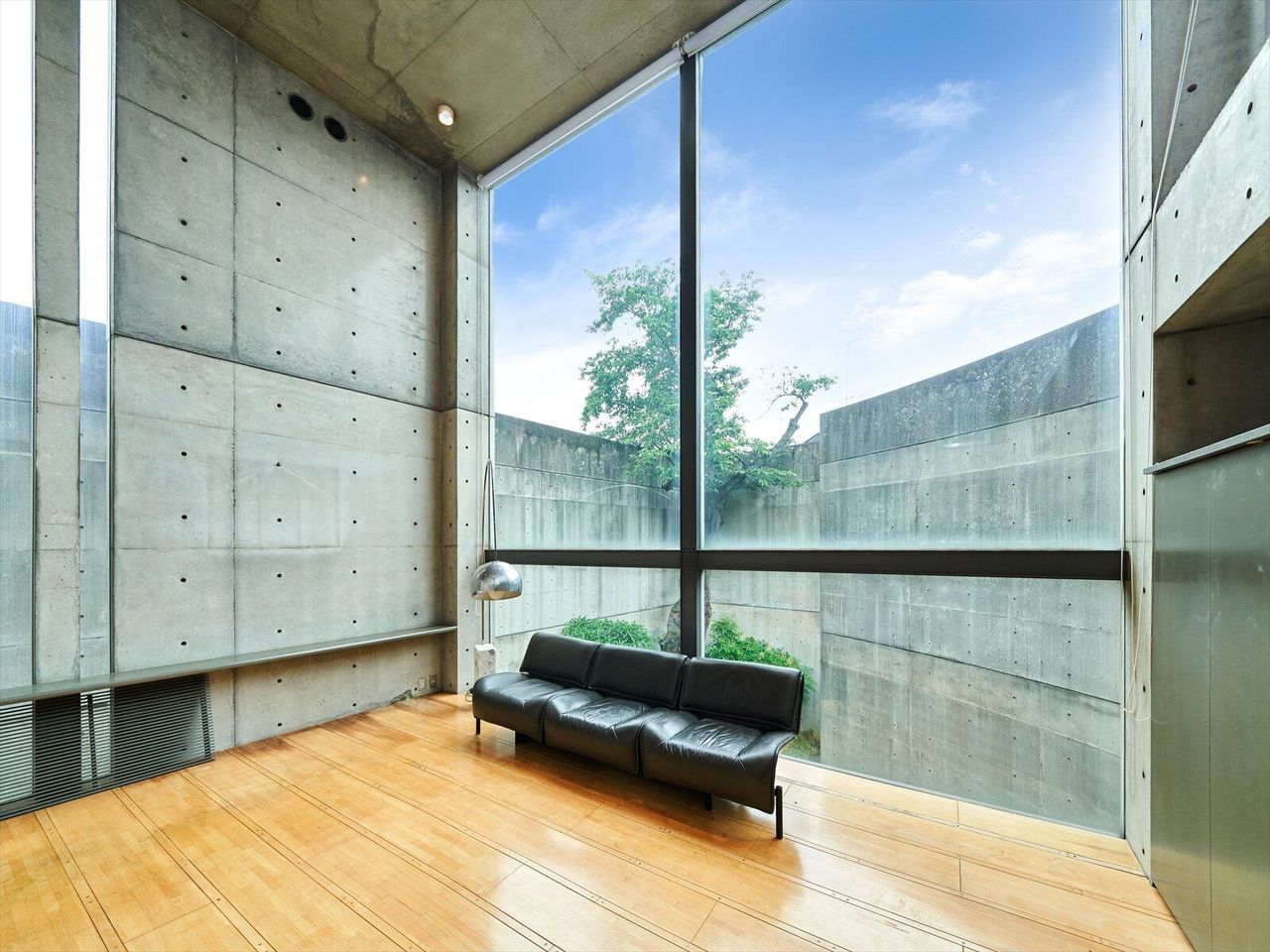 In another unit, the living area looks out onto another courtyard featuring a large cherry tree in the corner. The room's exposed concrete walls also highlight several trademarks of Ando's work, including visible bolt holes-intentionally left over from carefully placed wall molds-as well as the varnished concrete finish described by others as "smooth as silk."

In a 1995 interview following his acceptance of the Pritzker Architecture Prize, Ando himself acknowledged the provocative nature of his designs. "At times walls manifest a power that borders on the violent," he said. "They have the power to divide space, transfigure place, and create new domains."

In the case of Ito House, the solid exterior wall creates a private perimeter around the home’s expansive windows and shields several outdoor spaces from the busy corner. "Walls are the most basic elements of architecture, but they can also be the most enriching," the architect noted. The kitchen in one unit features stainless steel countertops and wide-plank hardwood floors. 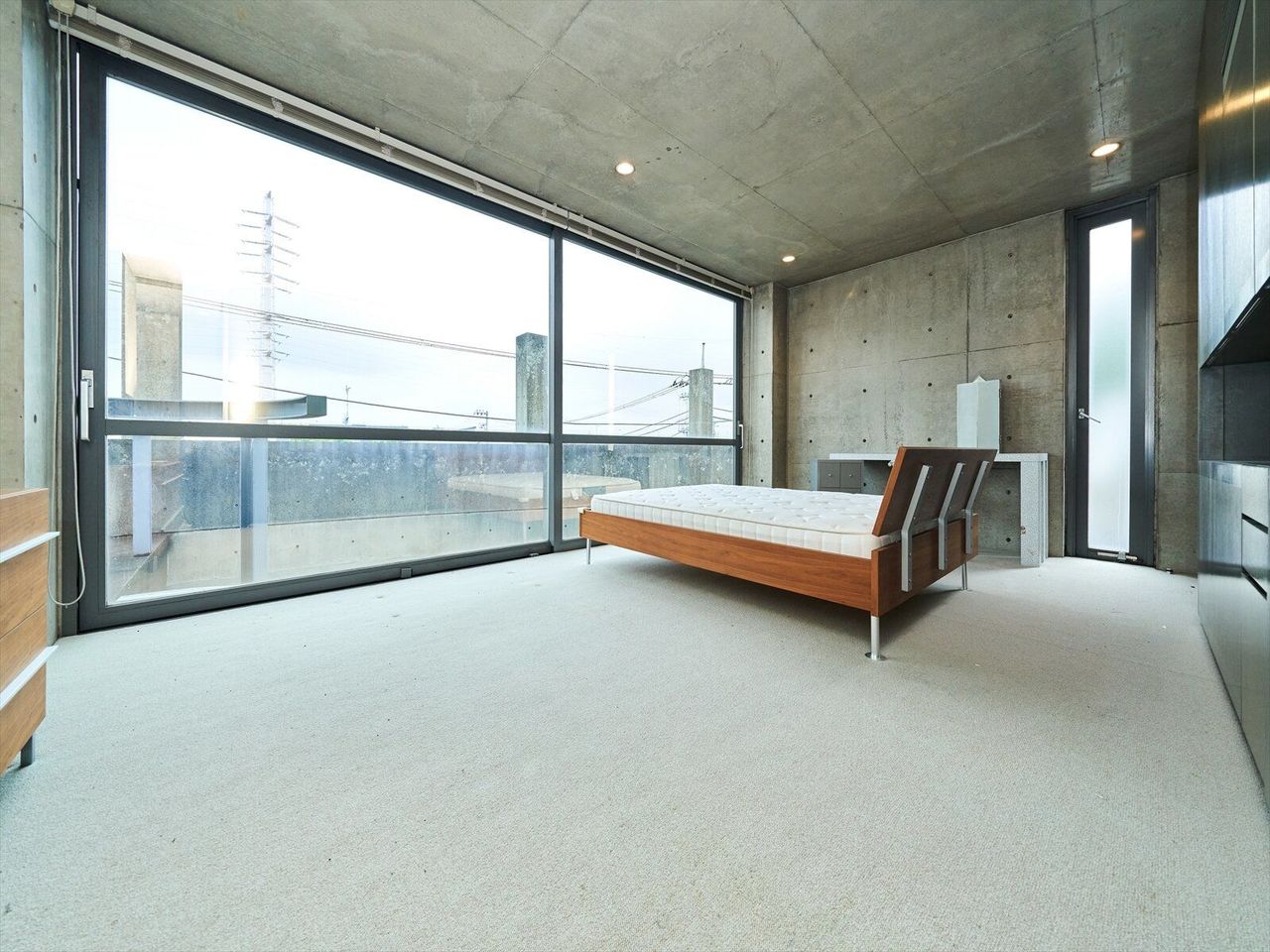 The top-floor features a large bedroom overlooking the courtyard below and rooftop patio.

Ito House comprises three individual units-totaling six bedrooms and three full bathrooms-as well as a rentable commercial space on the ground floor. Most recently, the structure was home to a multigenerational family that slightly modified the original floor plan to allow for easier internal access between the units.

"An older couple lived here, along with the families of their two children," says listing agent Tomohiro Harada. "The living area of each unit remains fully independent; however, there are now hidden doors and routes, so the grandchildren could more easily visit their grandparents. It's a unique feature of the building in that the three families were easily connected while still maintaining privacy." 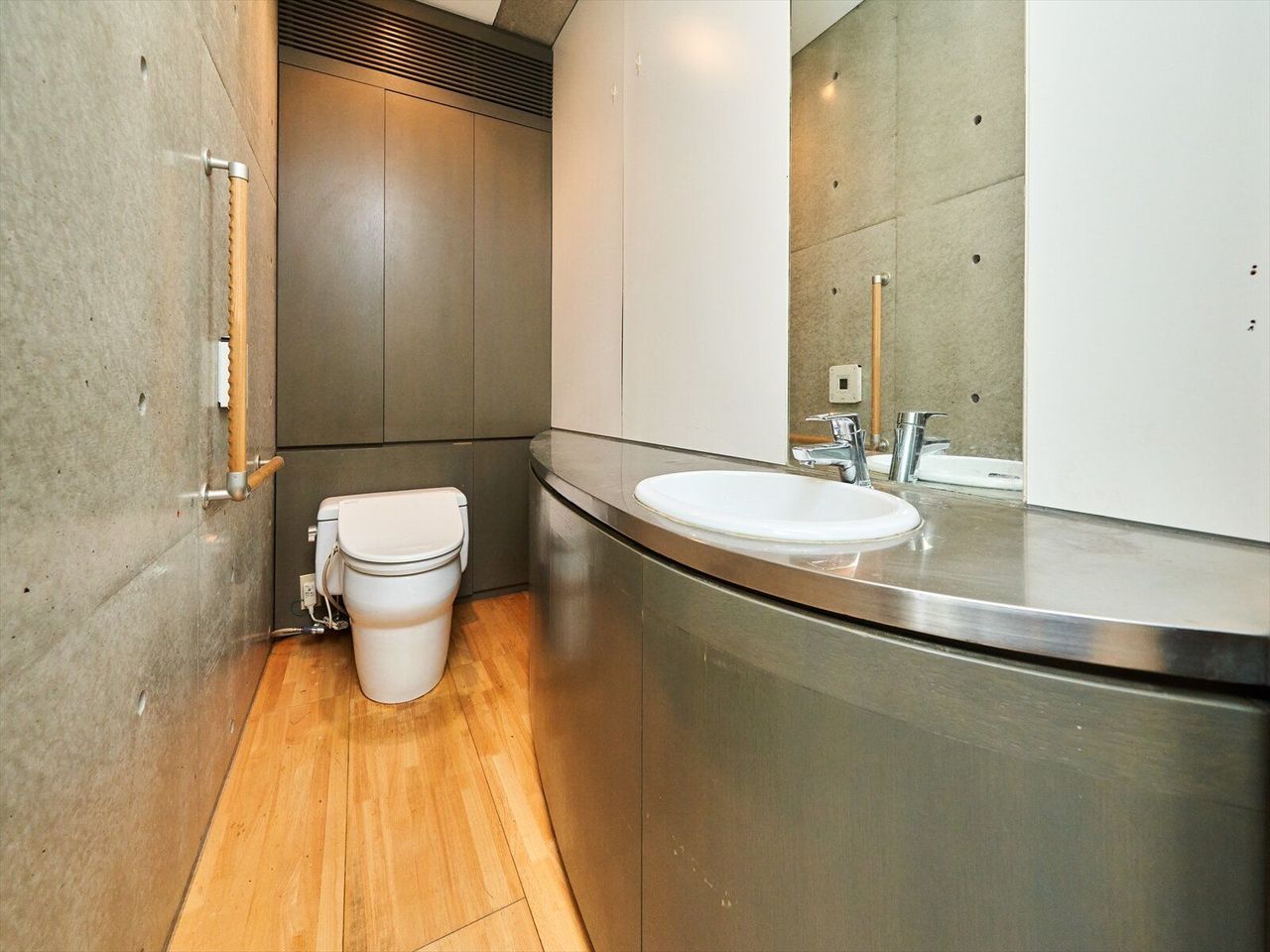 Finishes in each bathroom carry forward the exposed concrete and stainless steel found in other rooms of the apartments. 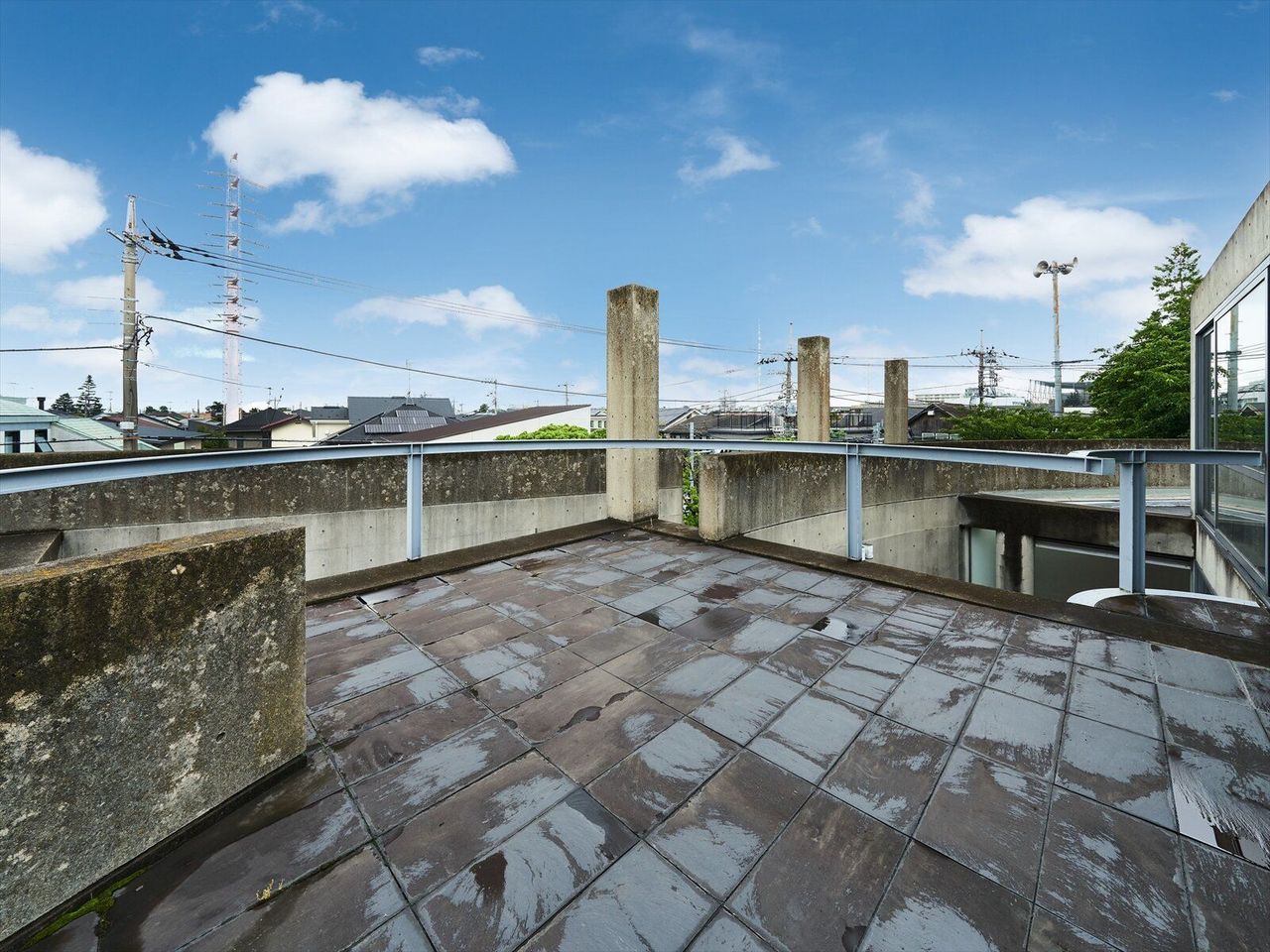 Along the side of the structure, a large garage provides parking for the multiple residences. 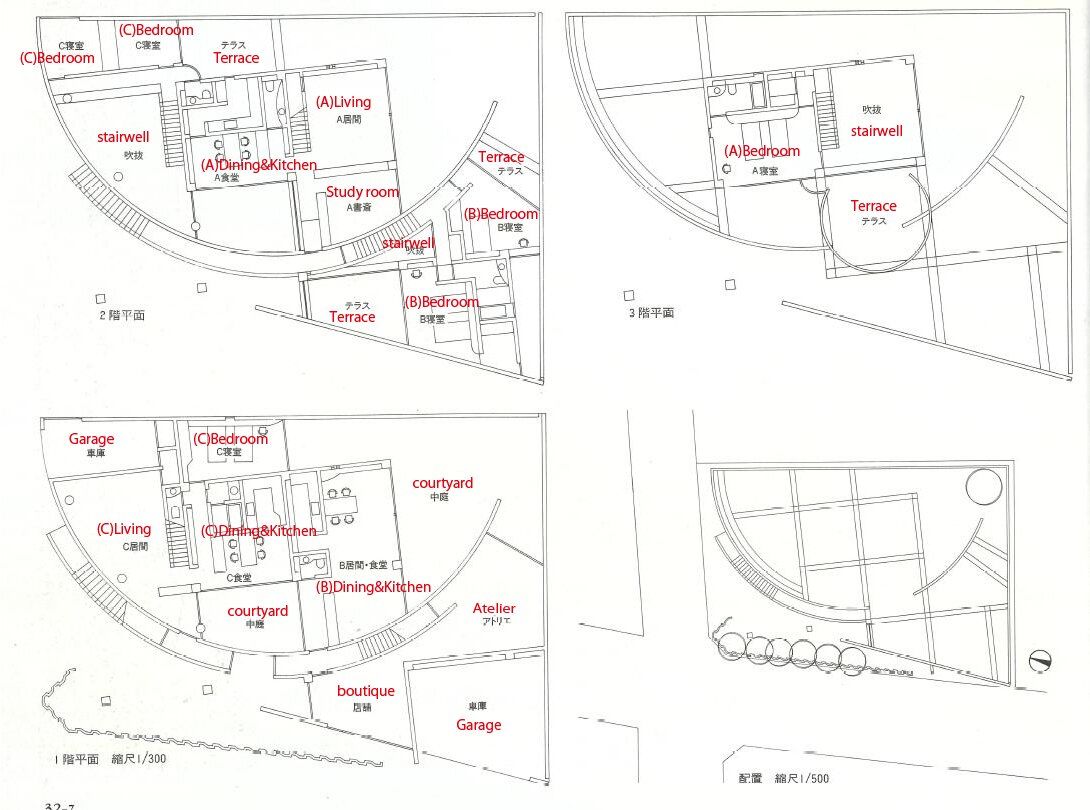