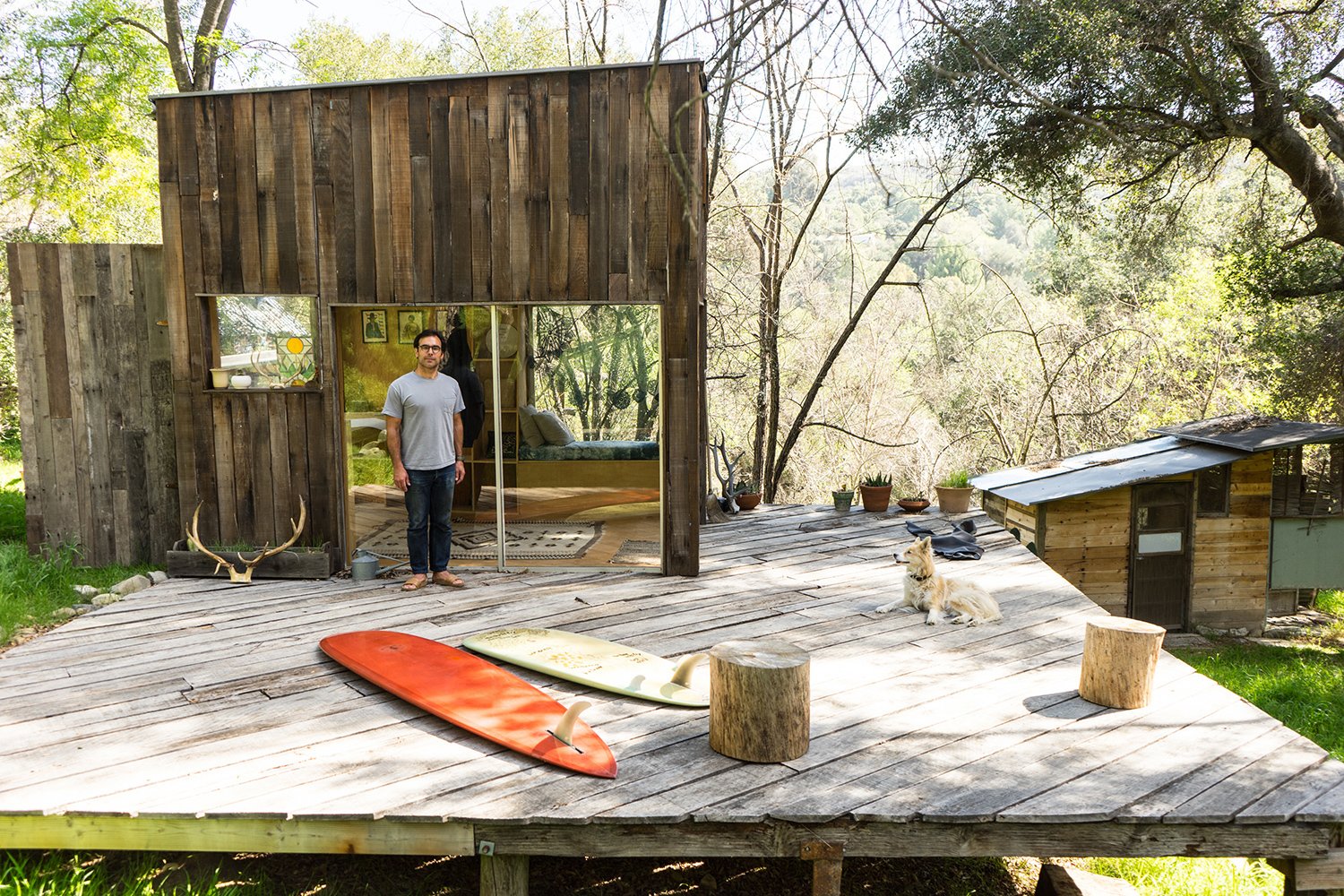 Since first starting this series, we’ve been haunted by images of Mason St. Peter and Serena Mitnik-Miller’s cabin hideaway perched in a hillside of Topanga Canyon and have been eager to see it firsthand. As you can imagine, the creative architect-artist duo-who own the carefully curated General Store with locations in San Francisco and Venice-are sure to create the stylish space of our dreams. This little DIY project defines the term “surf shack” in our eyes.

Who are you? Tell us a little about yourself.

I’m half Native California Indian and half French. I was born and raised in Southern California. I spent the late-’70s and early-’80’s in the South Bay. Mainly Hermosa Beach, Manhattan Beach, Venice, and a little in Malibu, where I learned to surf, skate, and explore the outer reaches of mind-altering consciousness. My older brother taught me how. Along the way, a few good friends and I built some launch ramps and half pipes in our backyards and an early love of building and design was born. I went to high school in Huntington Beach where I furthered my pursuits in the previously mentioned fields, then moved to San Francisco in the mid-’90’s. I’ve been in SF for about 20 years. Last year Serena (my wife) and I bought a house in Topanga. I’m soon to be a father for the first time and I’m very excited-I can’t wait to meet my son! 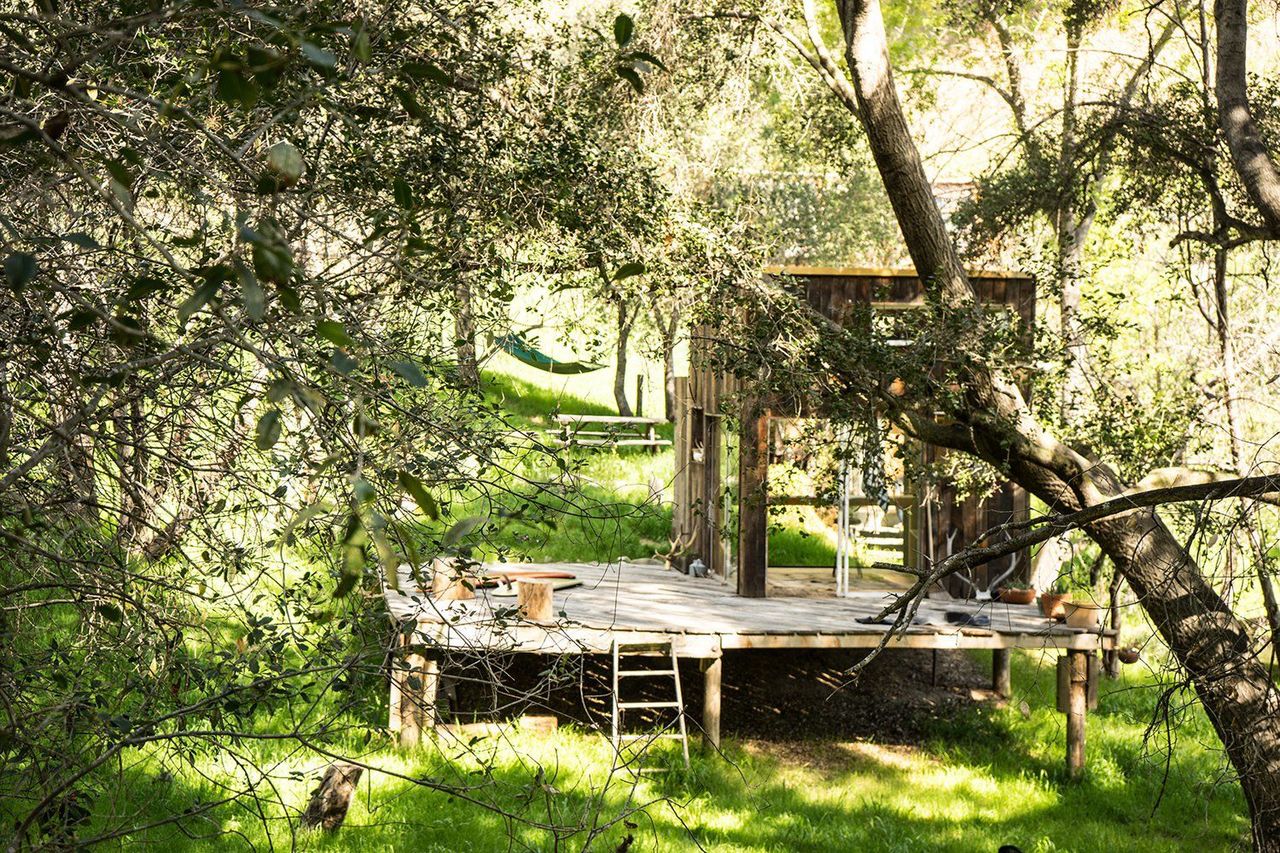 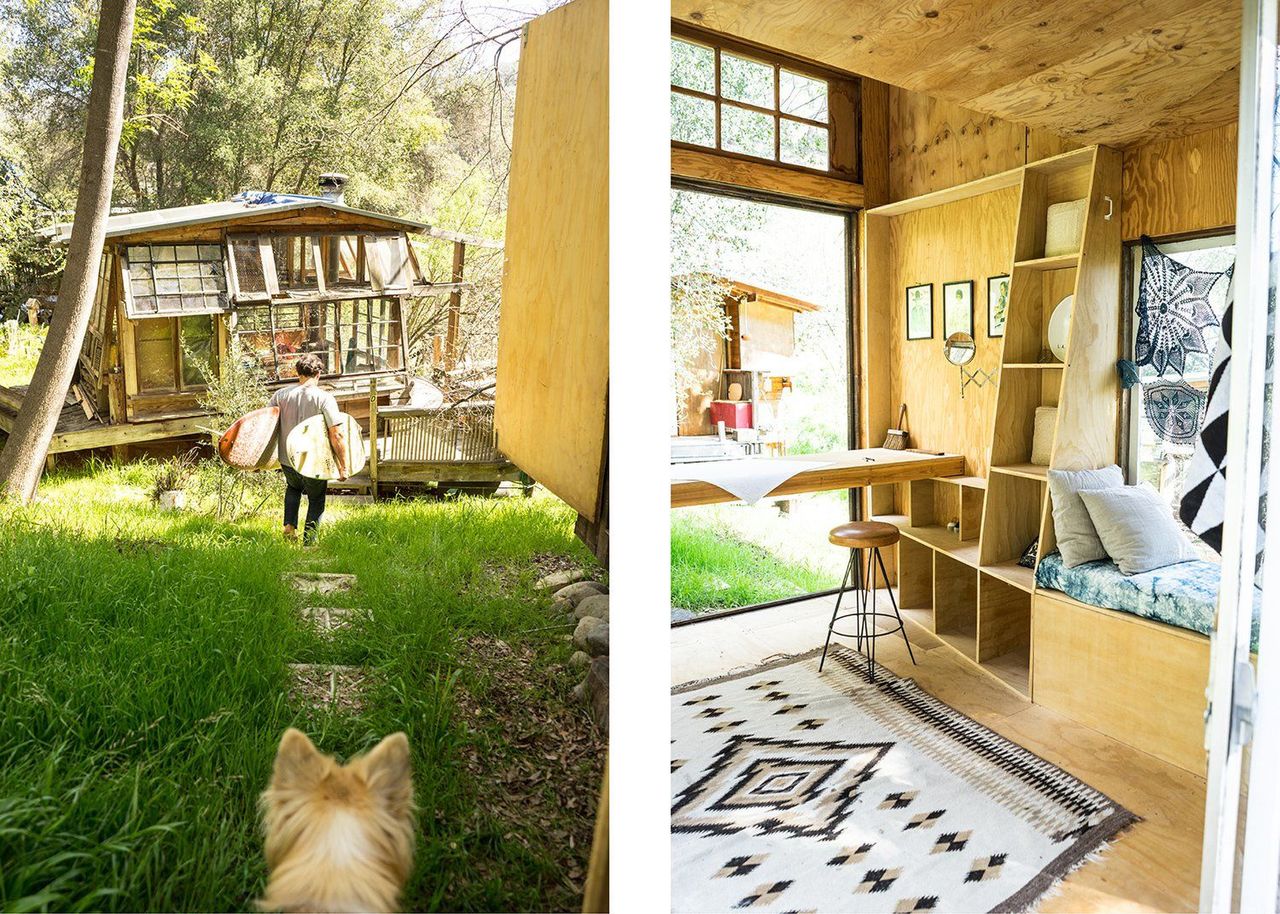 Congrats! What do you do for a living?

Mostly I dream about space and how it can be created. I’ve learned over the years how to think in 3D and with the help of an architecture school education, how to move my hand to draw that space or idea. I started General Store in 2009 with Serena and I design houses for people. 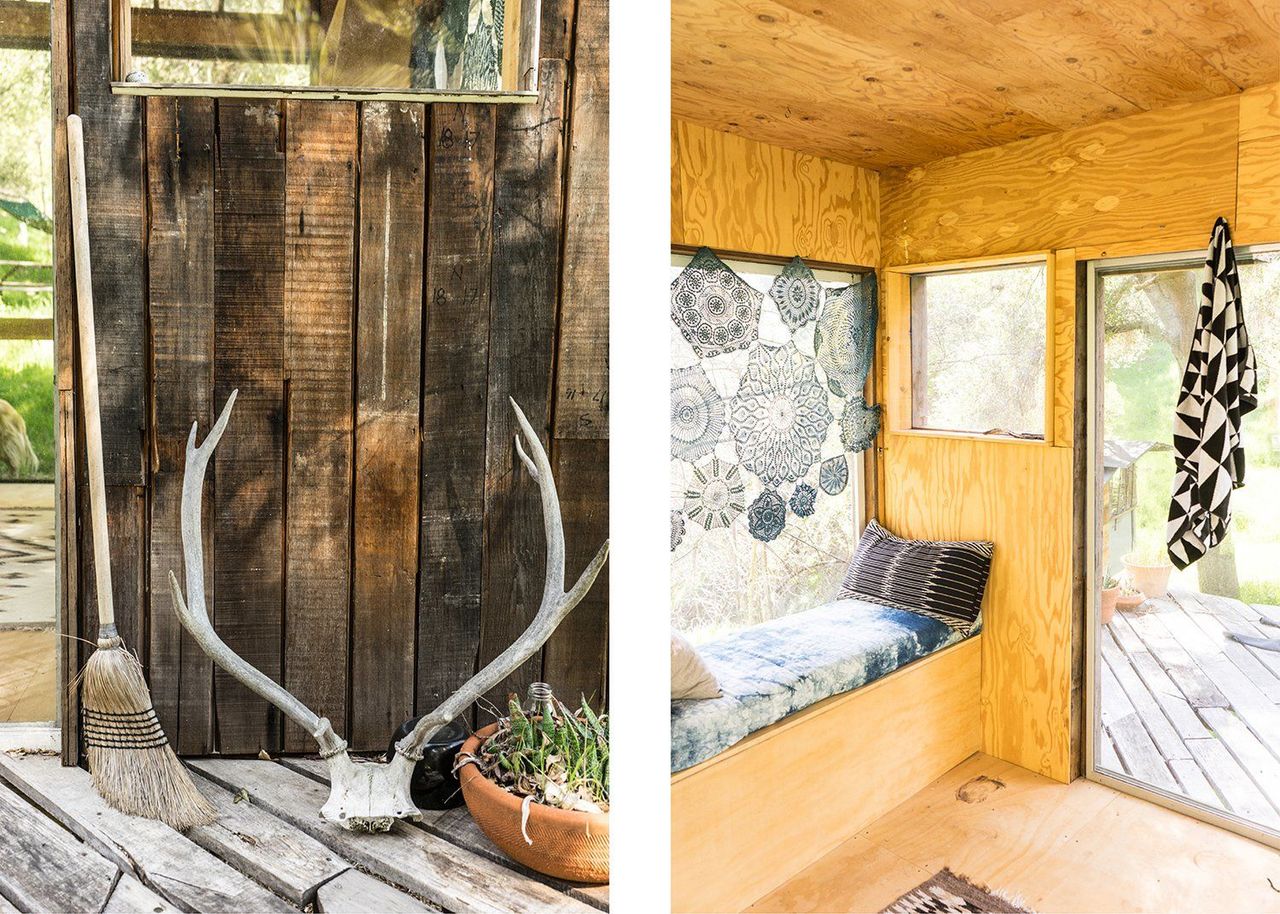 What are your favorite parts about where you live here in Topanga?

I love the smell. Olfactory sensation has always made me nostalgic for my youth, a youth spent in the sage brush of Los Angeles, living wild. When I’m in Topanga I feel like a kid again. 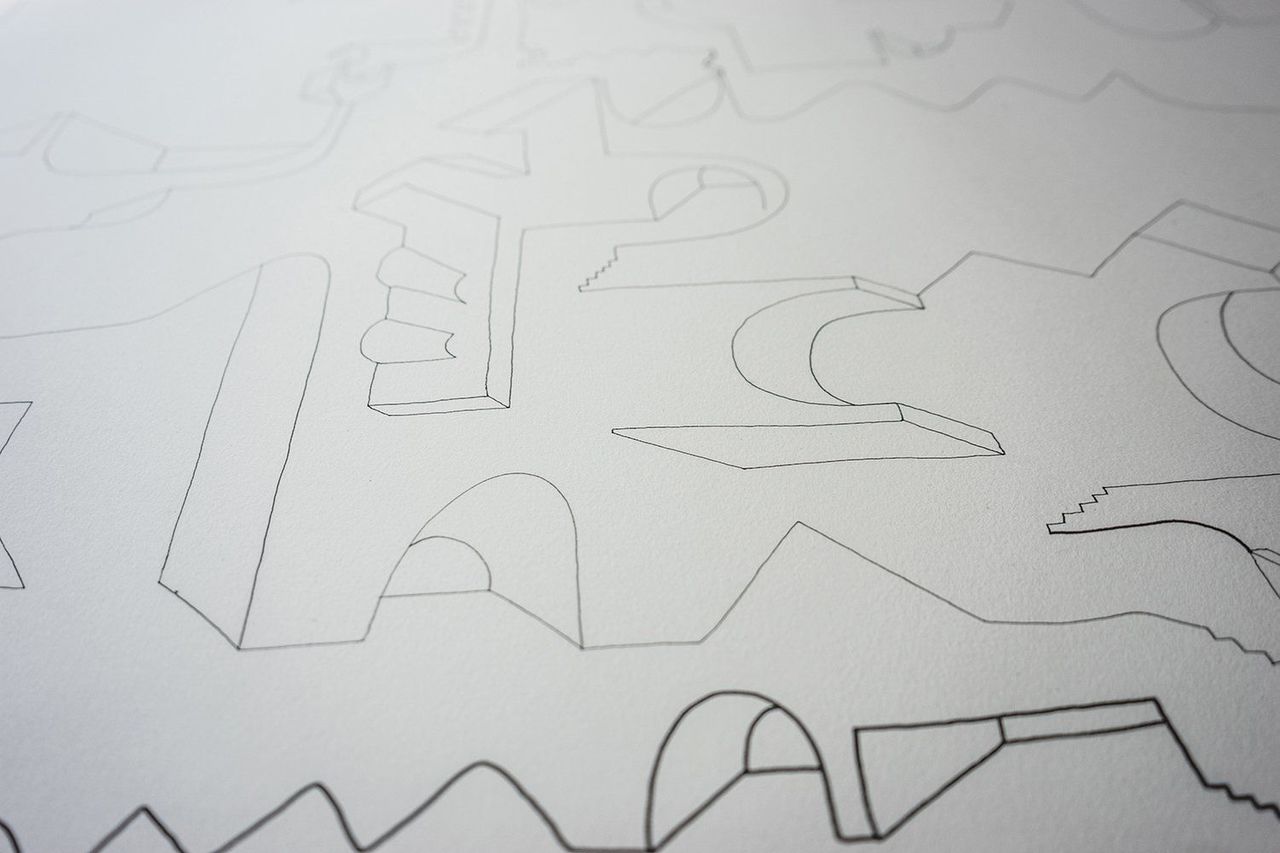 Tell us about the property you live on. How did this tiny home first come to be?

Well, we don’t live in the cabin, we never have. We’ve spent lots of time there but never permanently. We have a good friend who has a cabin on the property. She invited us to visit her one weekend and we fell in love with the place. We tried to rent another cabin on the property, but it wasn’t available. Eventually, we had a meeting with the owner of the property to discuss the possibility of building a cabin. We were told that if he liked us we’d probably have a long conversation and if he didn’t like us it would be short. After about 3 hours or so we had agreed that building our own cabin was a go. He had a pile of materials where we wanted to build so we started the process of organizing what we could use and preparing the site. 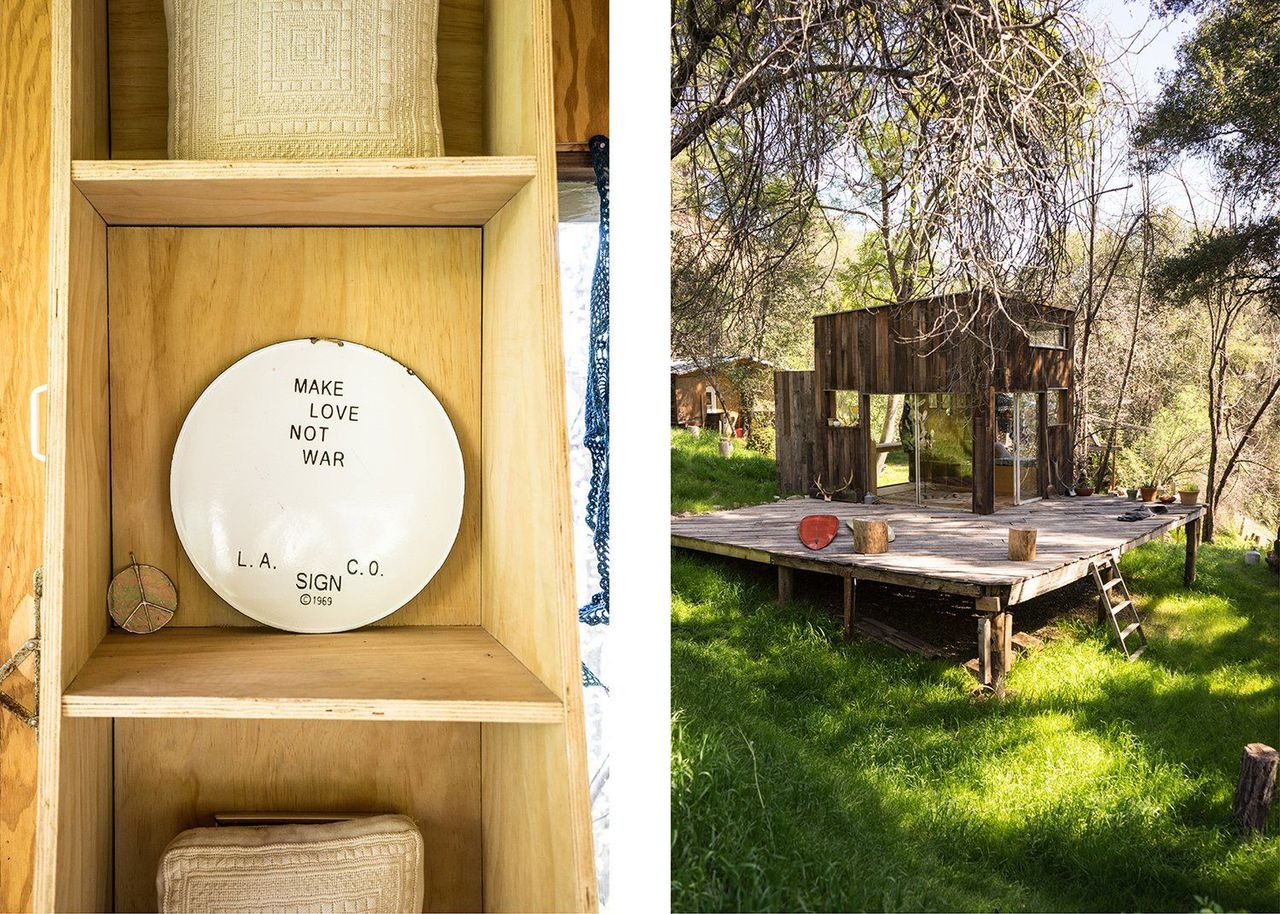 The place looks amazing. Who designed and built it and how long did it take?

Thanks! Serena and I designed it. Over the course of about two years, working mostly about one or two weekends a month, we slowly built the cabin. Friends helped out when they could, but mostly I built it myself.What are your favorite types of architectural projects to work on?My favorites are the projects that allow the vision to come through. Architecture is a collaborative process, like most things, but steering the ship takes a captain and sometimes they get thrown overboard. The ship can get beached, thrown off course, or worse, sink. 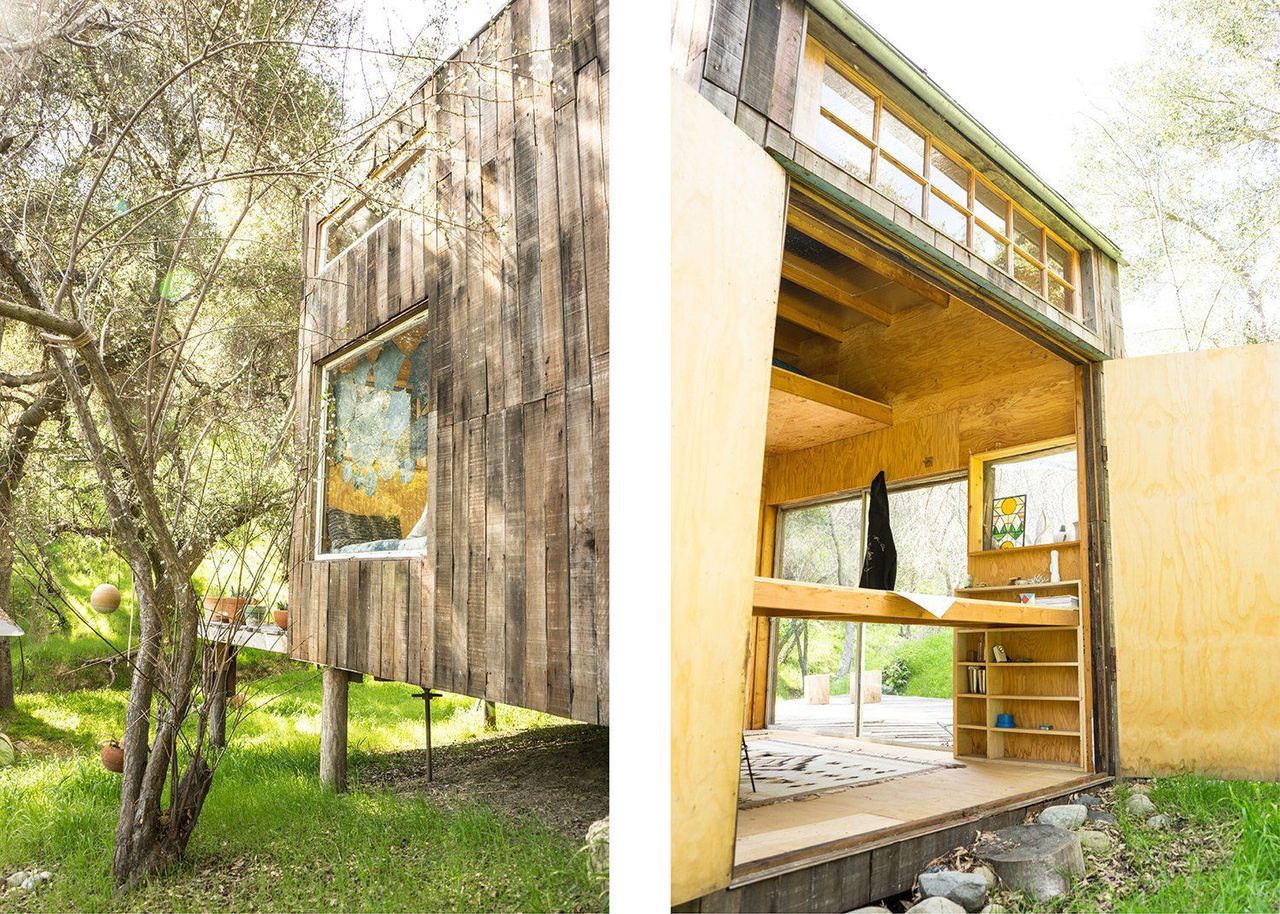 Any words of wisdom or sage advice from your work experiences or on building your own surf shack?

Try not to get too discouraged by the rules, of which there are many. Time is often of the essence and getting it done can be crucial. Stay focused, stay sharp, and stay on target! Star Wars joke. People will always try to say they knew something before you did, they thought something before you did, or they were there before you were. Not much is new, there are very few new ideas being implemented these days… Don’t let that discourage you from doing what you do, being who you are, and following your own path. Giulietta Carrelli of Trouble Coffee says, "Build your own damn house," and I agree whole heartedly with that.