Plants and fish ponds weave between four bedrooms, a dream pool and a marble kitchen in this modern oasis in Sydney

A strikingly modern house in Australia that takes indoor/outdoor living to the next level has been shared around the world.

Formerly a 1920s cottage, it's been completely transformed and is now a spectacular oasis through which plants and fish ponds weave between four bedrooms, a dream pool and a luxury kitchen. Named 'Iron Maiden House', the design by CplusC architects was given its name for being the first steel-clad house in the neighbourhood. 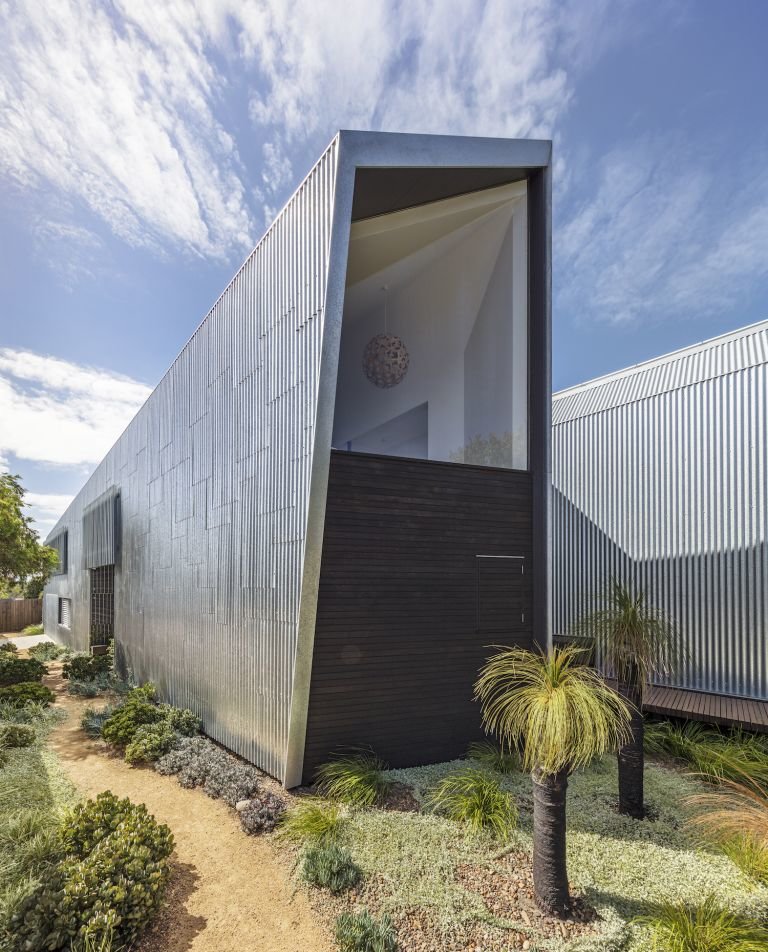 Founder and lead architect Clinton Cole spent three years designing this home, inspired by the shape of a natural gorge.

Located in Sydney’s lower North Shore, this modern house draws on it’s local context and history to create a unique, contemporary home. It's consistent with the immediate neighbours in terms of setbacks and maximum height. However, the form is a modern re-interpretation of the gable houses typically found in the area. The house was designed for a family of five who wanted a home which celebrated the Sydney climate after returning from many years living in Hong Kong. They wanted an inside-out house after twenty years of apartment living.

A key aspect of their brief to the architects was for a home that had a strong relationship to nature and space to entertain and grow with the family. 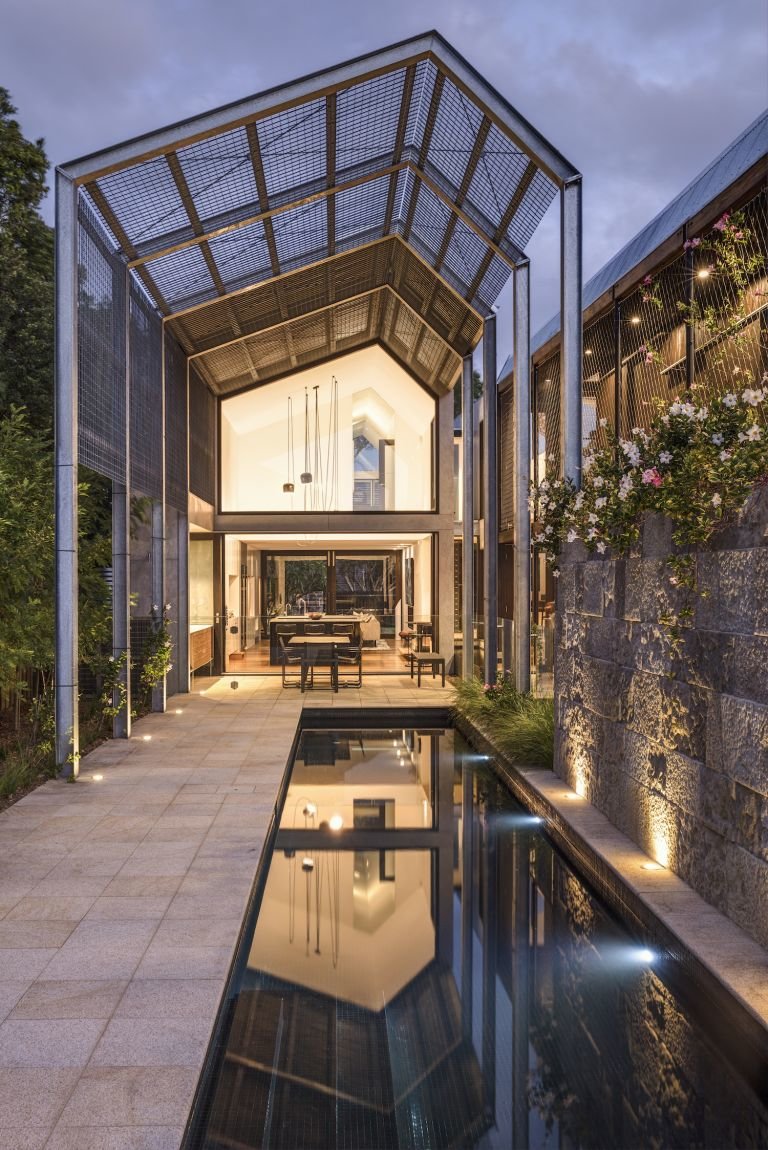 The interiors feature generous living and entertaining areas which flow between indoors and out, while an elevated external corridor connects the children’s bedrooms with views over the garden and swimming pool. 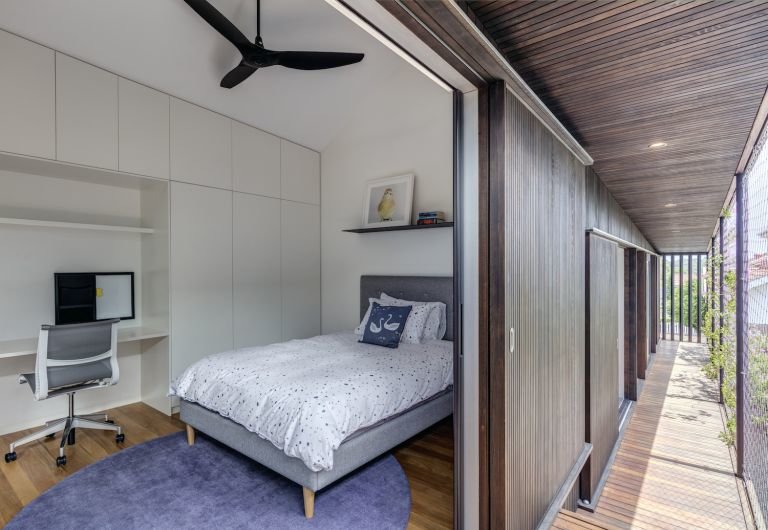 But Clinton Cole's pièce de résistance is the fish pond that divides the home into two pavilions, a clever feature that cools warm breezes and drowns the sound of passing traffic with a blissful white noise from its bubbling fountain. 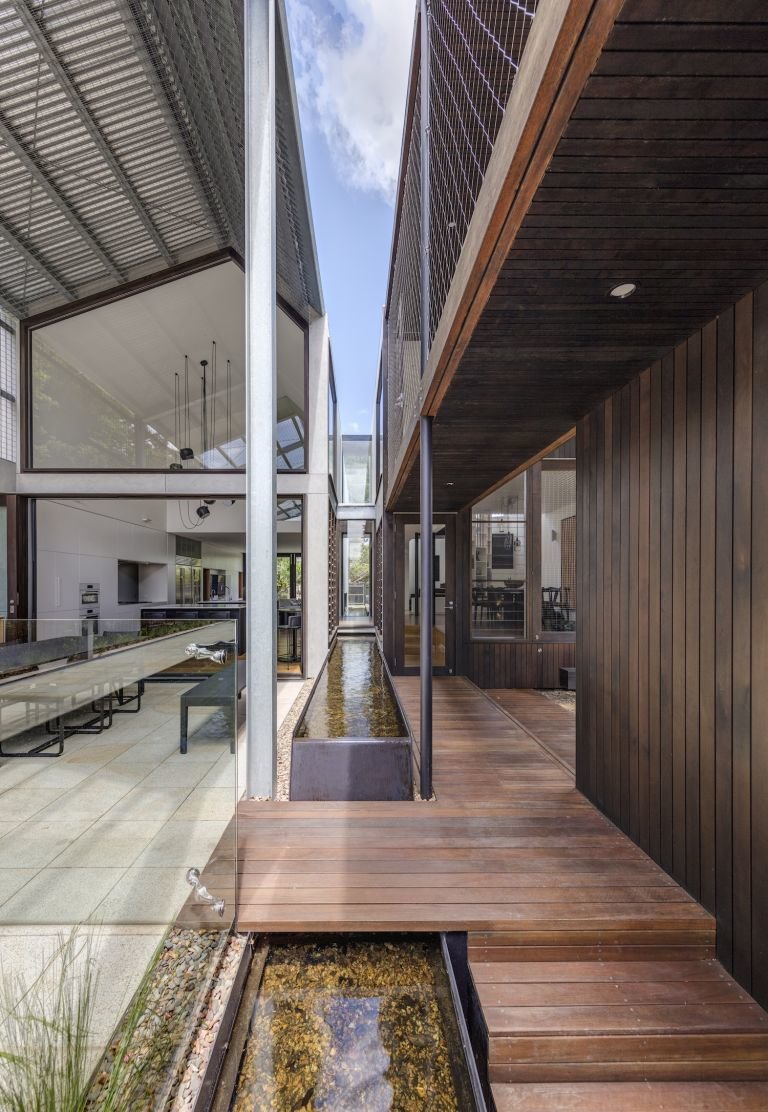 Slender, cathedral-like spaces were formed around this central thoroughfare with ponds running parallel to walkways to link the spaces. Garden courtyards and ponds weave between rooms, seamlessly blurring the lines between indoors and out. The kitchen is dominated by two marble-top islands, which the owners envisaged as the perfect spot for entertaining guests and serving food. 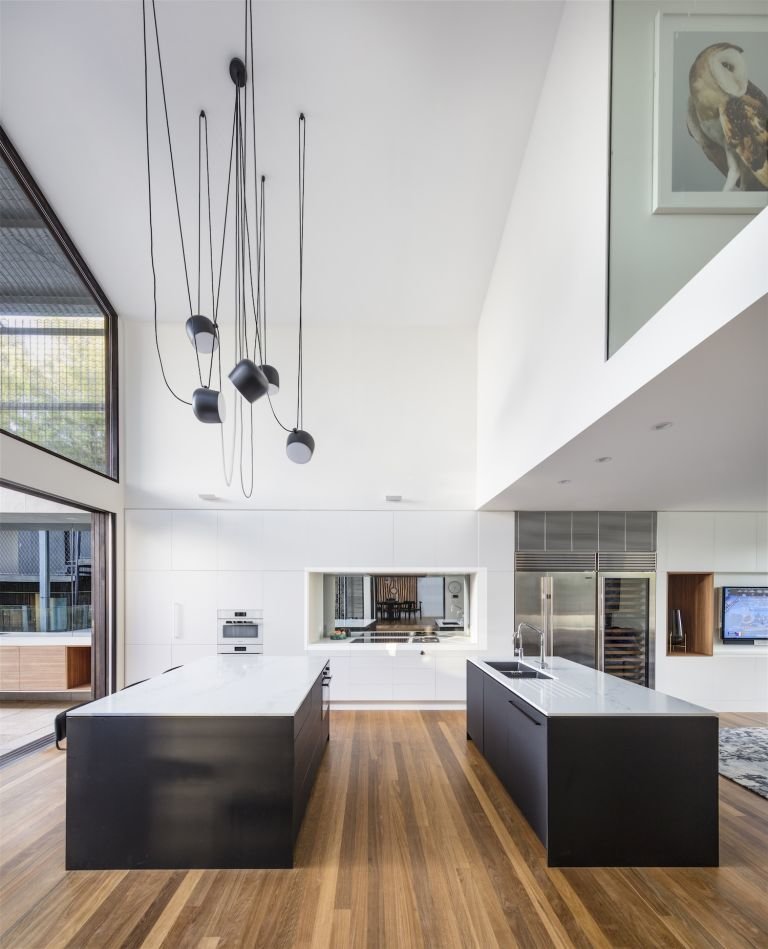 A corner sofa at the back of the kitchen provides space for lounging, watching TV, drinking coffee and reading the newspaper in the morning. 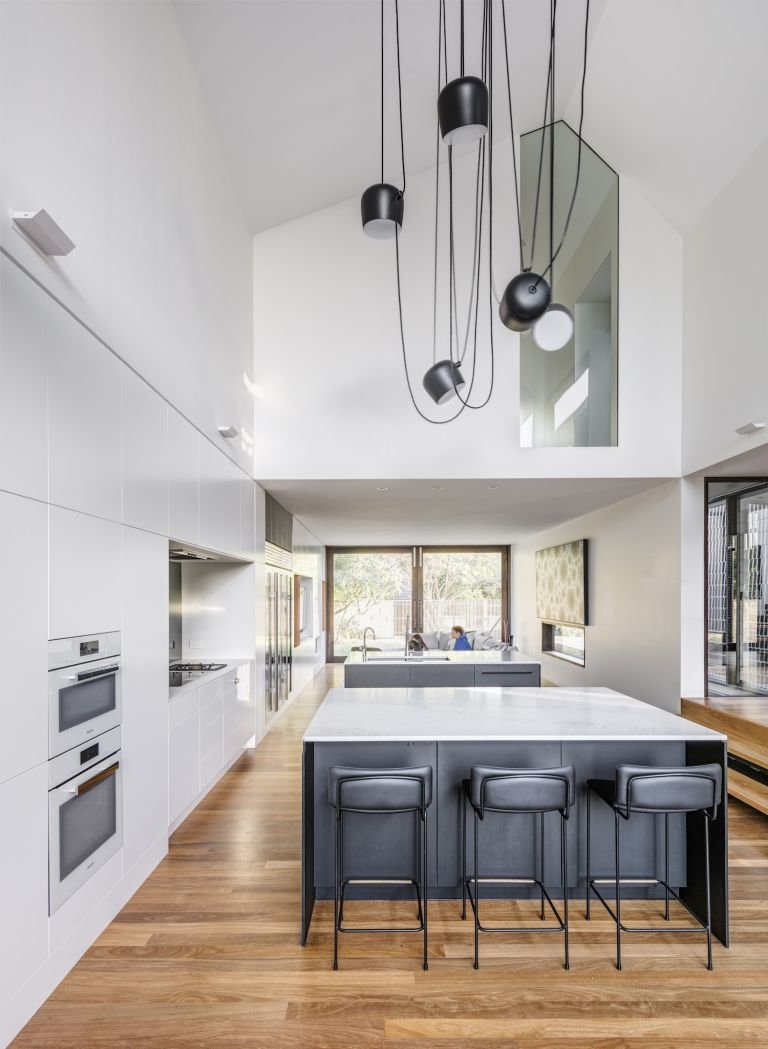 The owners' willingness to experiment with the avant-garde enabled Clinton Cole to design the kind of daring structure he had always wanted to create, one where bedrooms, bathrooms and hallways spill out into the open air.

Shrouded in a corrugated metal sheet, the house is so-called for being the first steel-clad house in Longueville, a neighbourhood characterised by conservative gabled houses which makes the 'Iron Maiden' all the more striking. The distinctive cladding is a nod to the iconic Australian vernacular material which is intended to age over time, developing rusted edges. 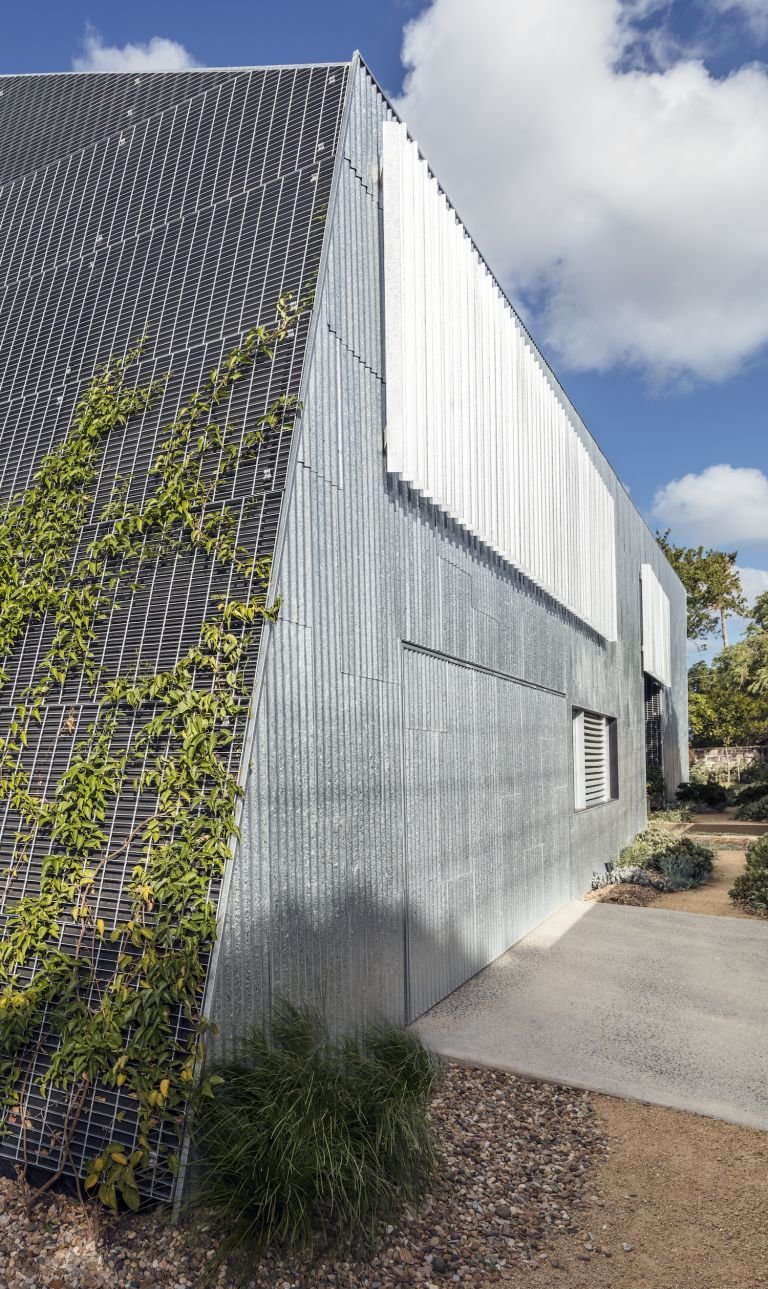 The cladding is a traditional material used in Australian construction for the past 200 years. The galvanised metal sheet that fronts the house is still manufactured in the same way it was when it was imported by British settlers in the 1800s.