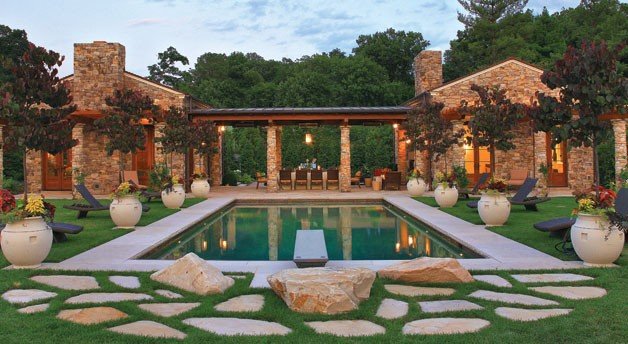 In the afternoon sun, the rustic stone pavilions glow like two pots of honey flecked with cinnamon. Set beside a swimming pool and against a backdrop of evergreens, the warm hues of rough rock suggest a fantasy from Tuscany (her dream), or a mountain retreat in the American West (his ideal). The genius of this Potomac landscape is that the timeless materials and iconic forms free the imagination to choose whichever dreamscape suits the mood.

And dreamscape it is, now that two properties have been joined into one seamless family playground with a boulder-strewn spa and waterfall thundering toward a Zen-like fishpond in the lower quadrant of the annexed lot. 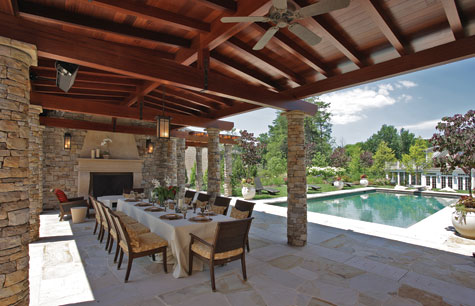 Rock-faced columns support the mahogany ceiling of the dining terrace.

The owners—an attorney, his wife and their two sons—waited six years to acquire the property next door, a corner site that has more than doubled their half acre. The project took three years and required a skilled design team to manipulate the land and replace the neighbors’ vintage rambler, tennis court and kidney-shaped swimming pool with features for an active family and their friends. Anne Decker of Rill & Decker Architects called on landscape architect Lila Fendrick to tame the site, now supported by a large stone retaining wall.

“The initial idea was a pool and gardens,” the wife says. “The plans got a little more sophisticated on the way.”

The wish list expanded to include a guesthouse, a mahogany-roofed dining terrace, an outdoor grilling area with pebble mosaic floor, an art studio, a spa bath, a three-car garage, a custom-made English greenhouse, a smoking circle for cigar aficionados and plenty of native habitat to attract wild creatures. The owners’ house also needed remodeling to create an opening to the new garden. By the time the design team was done, vegetable, herb and flower gardens, perennial borders and a canopy of hydrangeas had been planted, along with a personal woodland at each chaise longue, where “Forest Pansy” redbud trees align in cast stone urns. 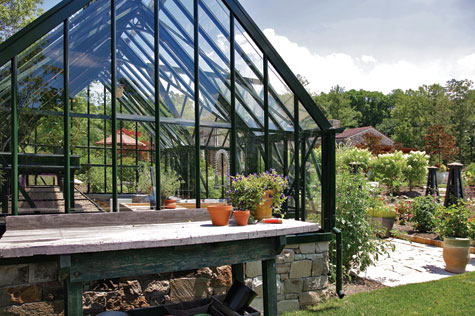 The working side of the garden is defined by the presence of an imported English greenhouse.

Decker established a classical axis between the house and pool complex to create an illusion of depth, and Fendrick adjusted the topography to get the right sight lines from the house, which sits more than five feet below the terrace. “You want to feel like you are entering another world,” says Decker.

Stone became the defining feature of the architecture, interior design and landscape. Instinctively inspired by the family’s Sun Valley vacation home, the wife rejected the idea of building with the cool hues of regional bluestone. She searched all the way to Utah to find the warmer Mountain Valley quartzite/sandstone for the three-inch-thick pool deck, spa and parts of the terrace. Decker designed the pavilions and stone columns with a split Western Maryland stone veneer. Fendrick used local Carderock in a grand lawn-and-boulder staircase that ascends from the house.

The 42-by-18-foot pool is the heart of the generous garden. Near the diving board, the lawn is strewn with boulders, as if giants had emptied their pockets of pebbles. “It’s every kid’s dream to have a pool,” says the elder son, a teenager, who is as passionate about harvesting star fruit as he is about counting the “hundreds” of hummingbirds attracted by native trees and vines. 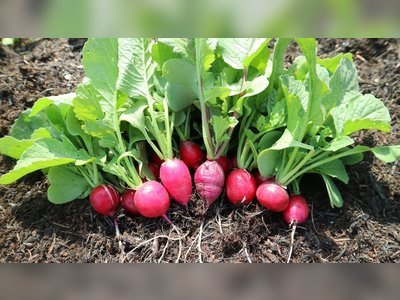 Radishes from Sowing to Harvest

Radishes are super fast, super flexible - and super yummy! So let's crack on and sow some... 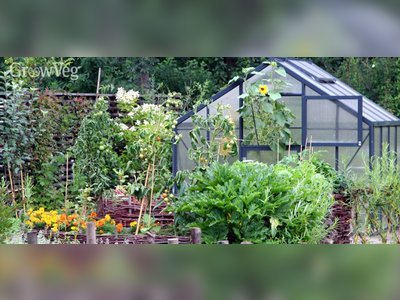 How to Plan a Bigger, Better Vegetable Garden

Pot up these easy-to-grow bulbs in fall for an early spring show in the middle of winter. Learn how to force small bulbs here. Short on surface space? Optimize your room with these innovative garden picks. 15 Tips for Designing a Garden These Are the Vessels Worthy of Your Plants 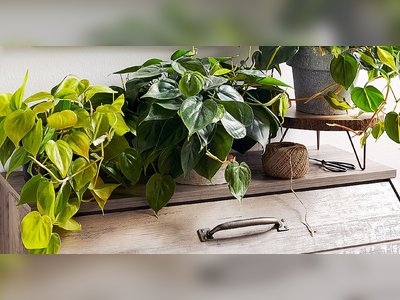 15 of Our Favorite Low-Light Houseplants

They're perfect for brightening up bathrooms and dark bedrooms! 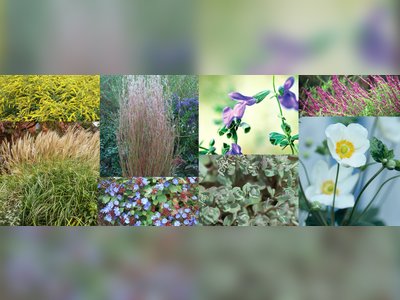 8 Fall-Blooming Perennials That Keep the Show Going Until Winter

Enjoy colorful flowers in your garden as long as possible with these plants that bloom late in the growing season. Most will even power through the first frost. 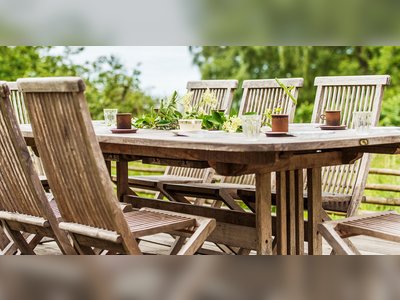 When you're shopping for outdoor furniture, here's what to look for so your patio set will last for many years. 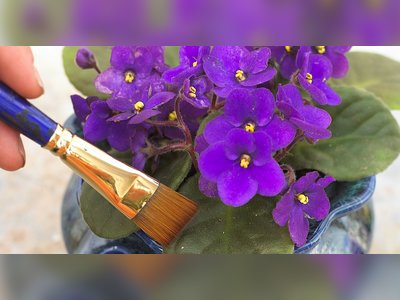 No matter which plants you have in your collection, they all have similar basic needs. Here's how to keep them in tip-top shape. "Viteo Shower" is an interesting shower concept designed by Belgian Danny Venlet. It is a portable outdoor shower with... 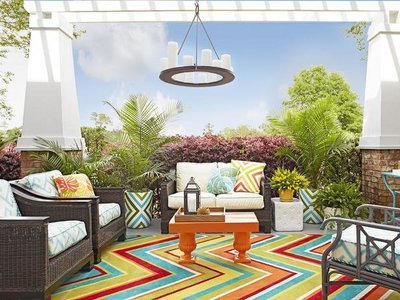 Fabulous Ideas to Pimp Up Your Back Porch

Check out the following inspiring tips & tricks to add some colour & style to your back porch and make it a relaxing and fun place to chill out. 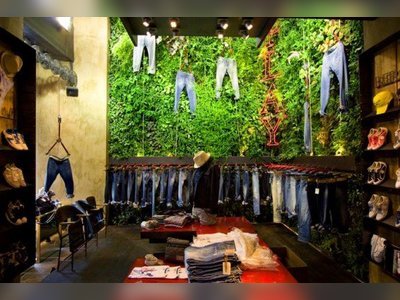 When the sunny season finally arrives, I'm sure you all would like to chill out in a refreshing, green environment either indoors or outdoors. 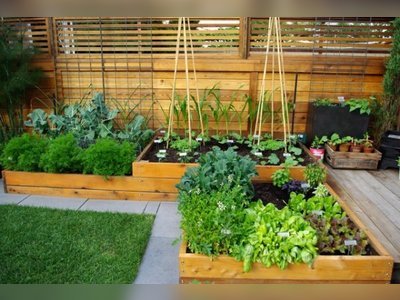 How to Grow Stylish Edible Gardens

Take a look at these stylish and edible gardens below to find inspirations to grow your own right at your doormat. With the help... Swimming pools provide a great way to cool off during the hot summer season. With the help of a stylish fire pit, some creative... Wallpaper Isn't Only Made For Indoor Use!

Why only internal walls should be covered? Why to leave outdoor surfaces boring blank? No worries! Italian company Wall & Decó... The first impression always counts the most, so why not make the best of your entrance and create an eye-catching facade of your... 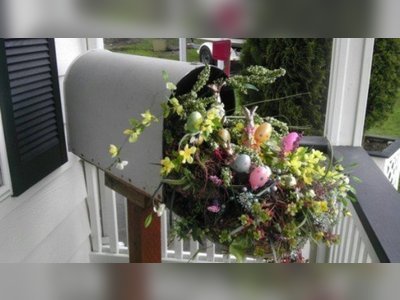 Dress up your porch and patio for Easter in a stylish and welcoming way by using rabbit figures, baskets and nests with colourful... Designed by Platform 5 Architects, 'Shoffice' is an innovative garden shed, housing a small home office along with a built-in storage. 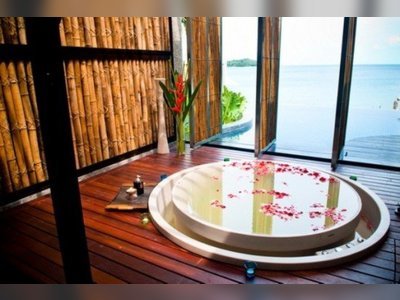 Nothing can be more refreshing after a stressful day than taking a bath in a relaxing outdoor Jacuzzi with stunning views. These...
×