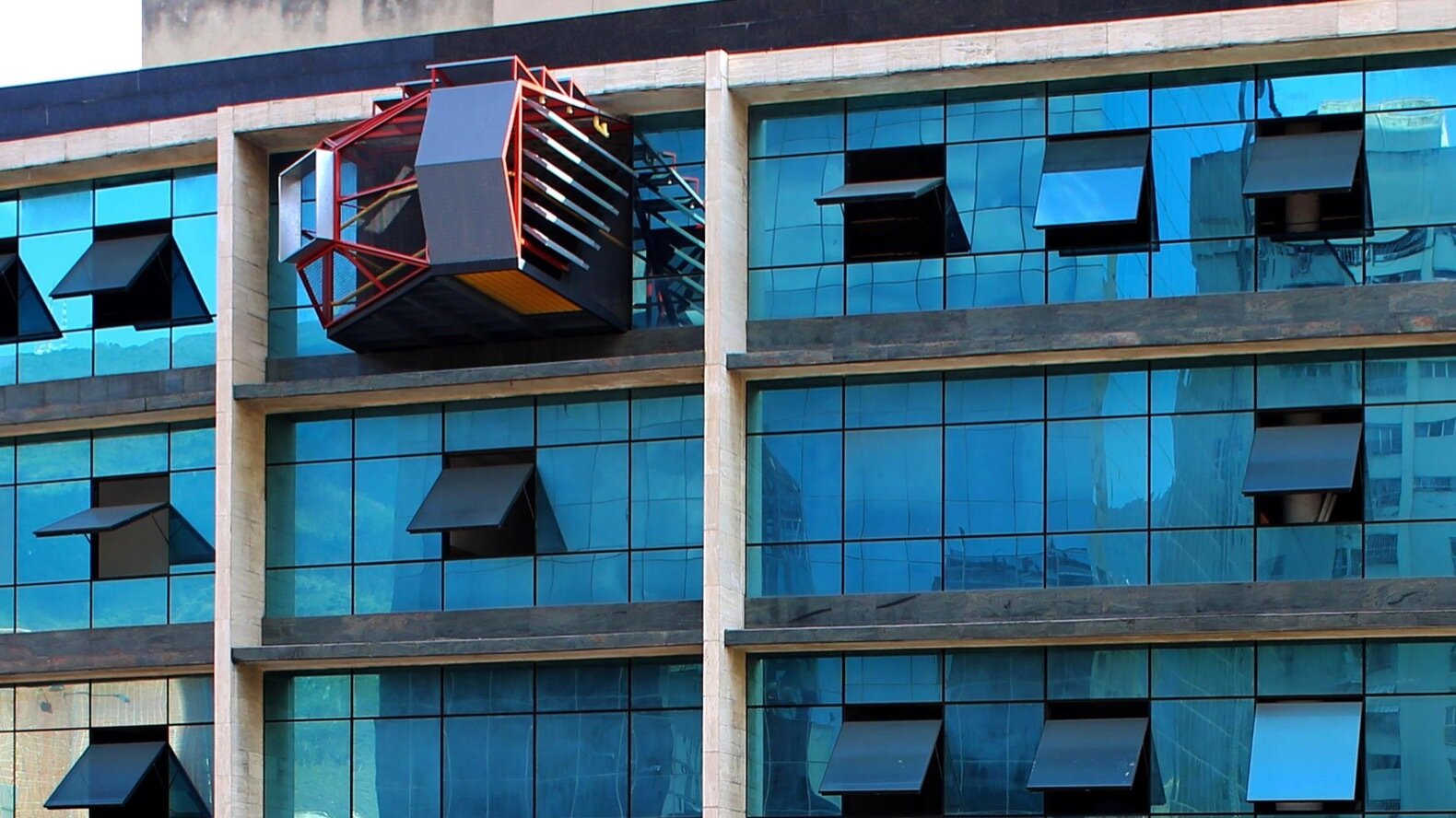 The steel-frame balcony, an experimental design by PICO Colectivo, is the latest addition to the expanding cultural center in Caracas.

In downtown Caracas in Venezuela, PICO Colectivo has punched through the facade of a midcentury building to turn it into the host of their latest project, Parasite Balcony. Appearing like a new growth, the aptly named intervention is part of a greater urban revitalization effort to transform its host into Casino Caracas, a new cultural center for the arts. The ten-story cultural center is named Casino Caracas after the building’s former life as an illegal gambling den. The adaptive reuse project began in 2013 under the joint leadership of various civic and cultural groups.

"The restructured facade creates a permeable skeleton that adds a layer to the building’s exterior, yet it’s also part of the interior, blurring the barriers of the enclosed environment," says Marcos Coronel, one of PICO’s cofounders. The design is meant to disrupt the building’s curtain wall, a "real estate" aesthetic that creates "a condition of false comfort that’s not natural in the tropics," adds Coronel.

The balcony, which was completed in 2019 in just six weeks, marks the first step in the planned overhaul of the building’s exterior. PICO’s design process followed Casino Caracas’s gradual growth model that emphasizes sustainable, practical, and low-cost construction with minimal waste. 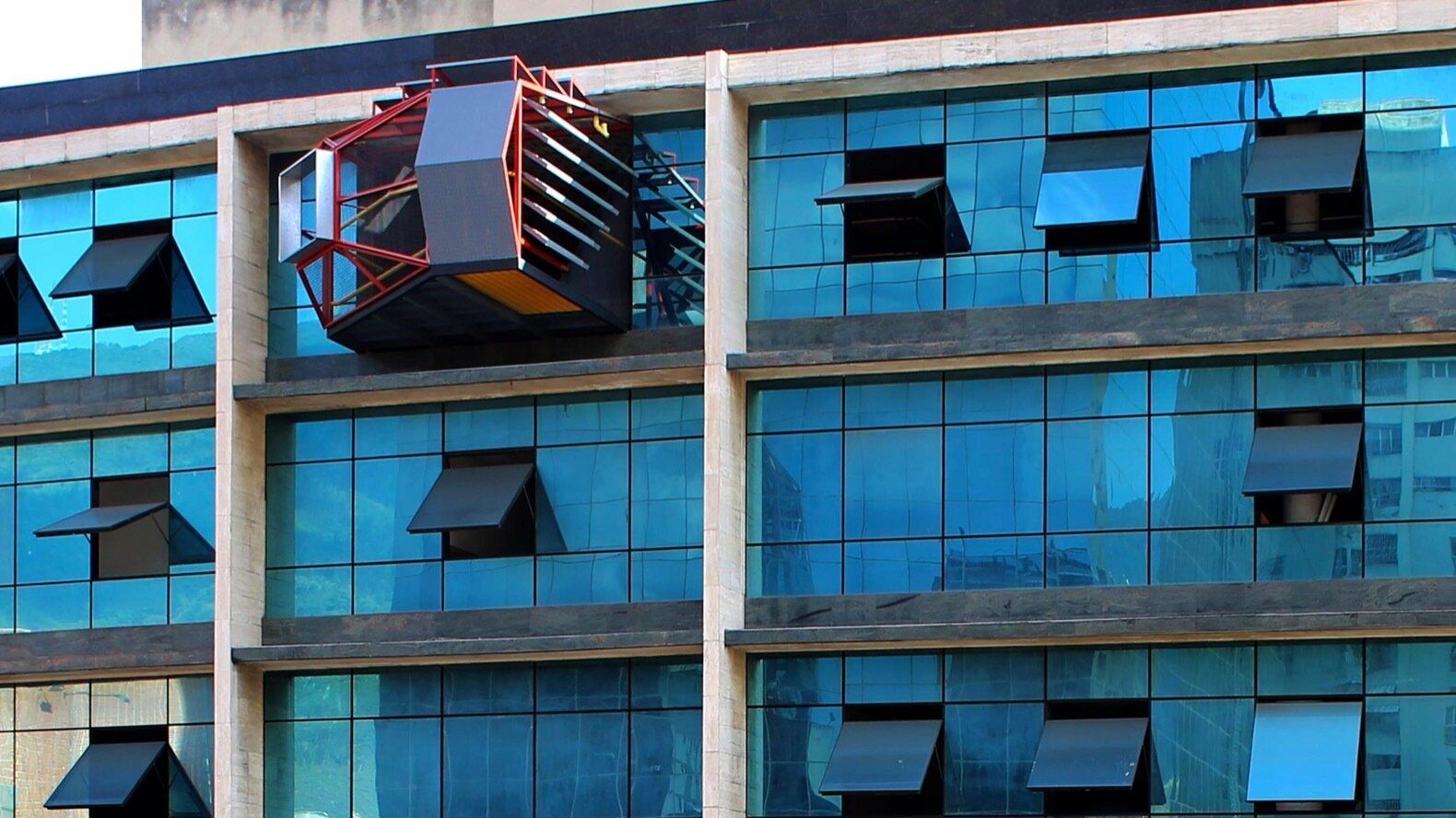 "From the outside, it is a dissident object piercing the hermetic facade," says Coronel. "And from the inside, a transparent and diffuse boundary." 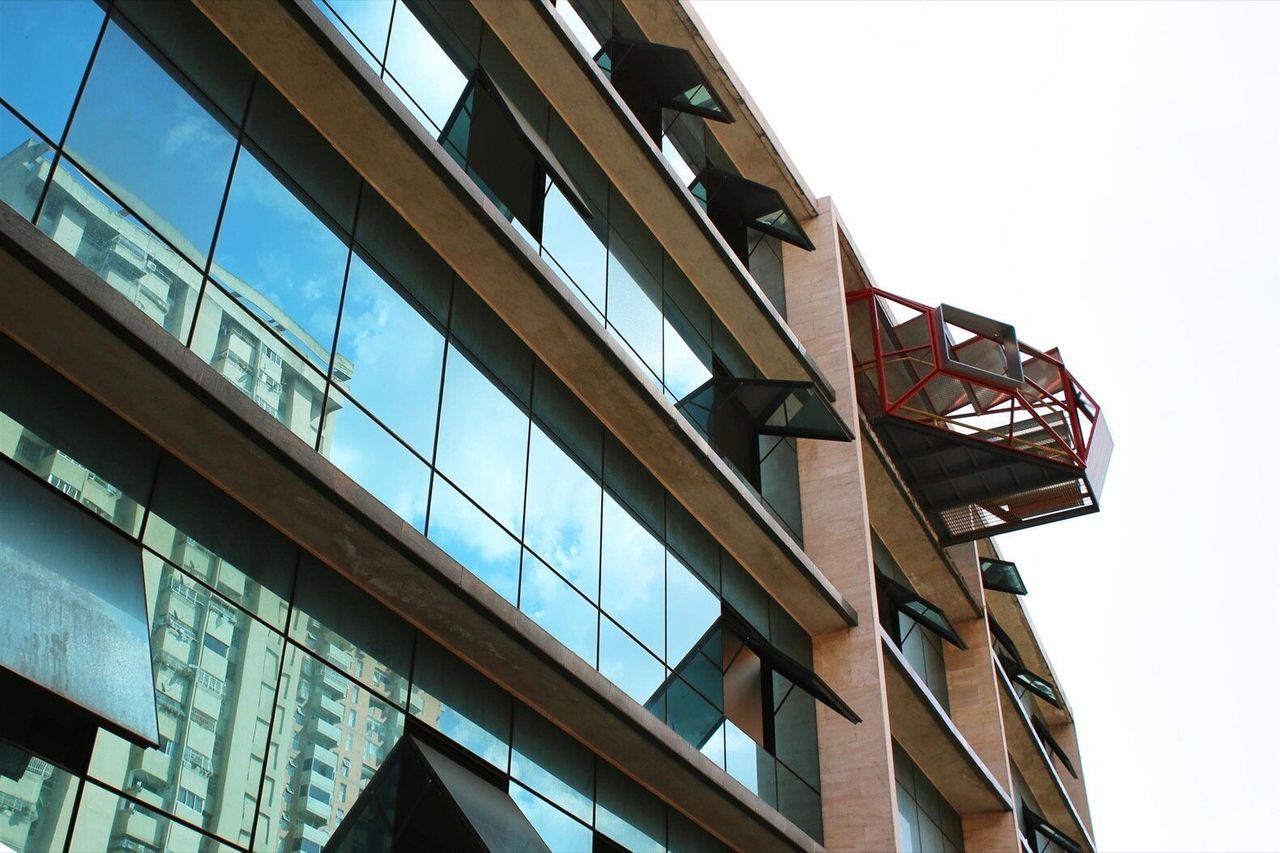 Parasite Balcony is named after the term "parasitic architecture," a genre of architecture wherein a design intends to in some way alter an existing structure. 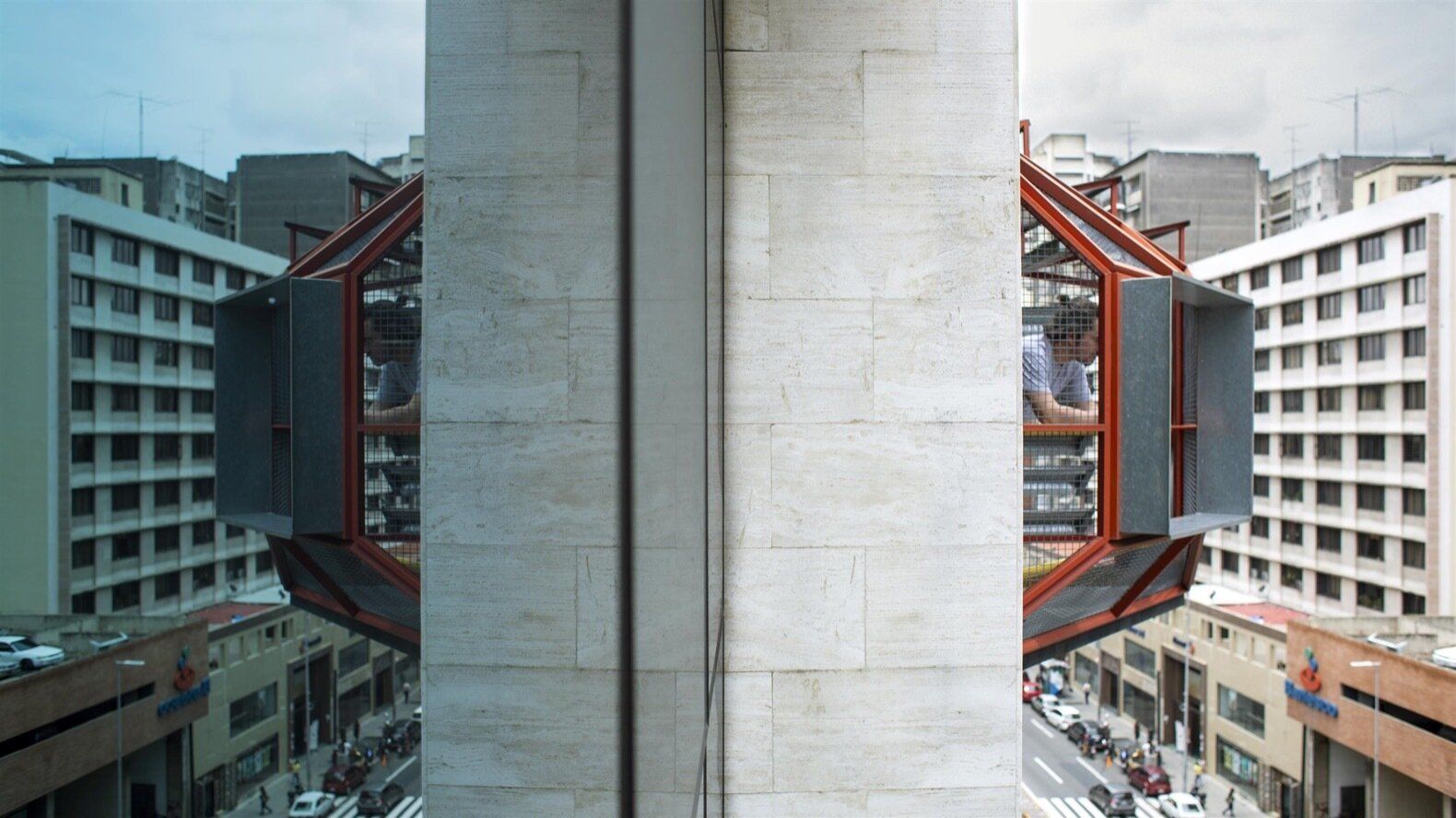 The balcony opens the hermetic building to the outdoors, and provides the interiors with daylight, fresh air, and a view. 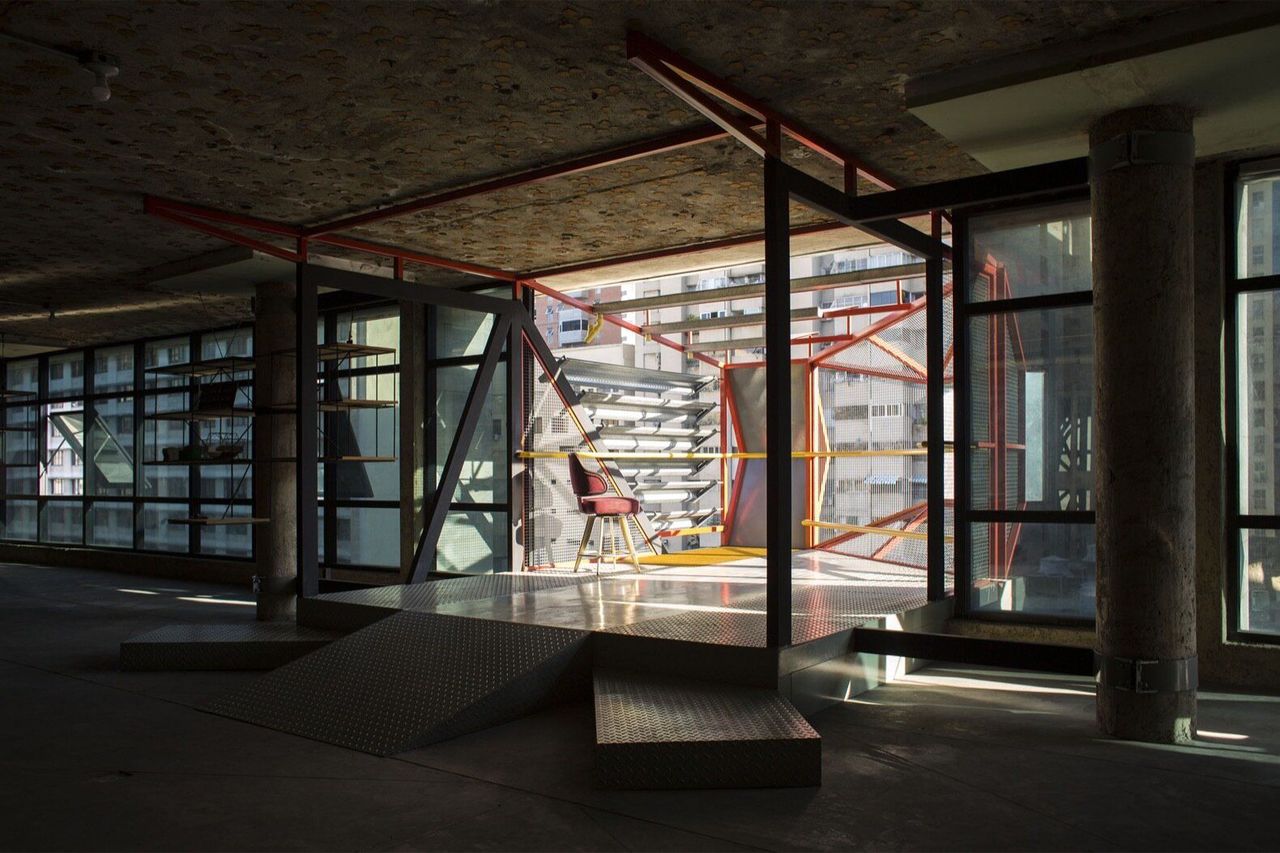 A steel ramp and steps lead up to the multifunctional balcony. Designed to blur the boundaries between indoors and out, the asymmetrical steel structure combines inspiration from the "extravagance" of the Venezuelan tropics with the practicality of modern architecture. The body of the balcony, with its bold colors and odd geometry, make it stand out from the building to which it is fixed-"a creature of its own," says Coronel. All the while, the steel scaffolding provides ventilation to dissipate heat from the building’s interiors. The red and yellow coloring follows a scheme to match other interventions found throughout the renovated casino. The balcony frames a view of the mountains to the east. The lower yellow steel safety railing juts outward to double as seating. 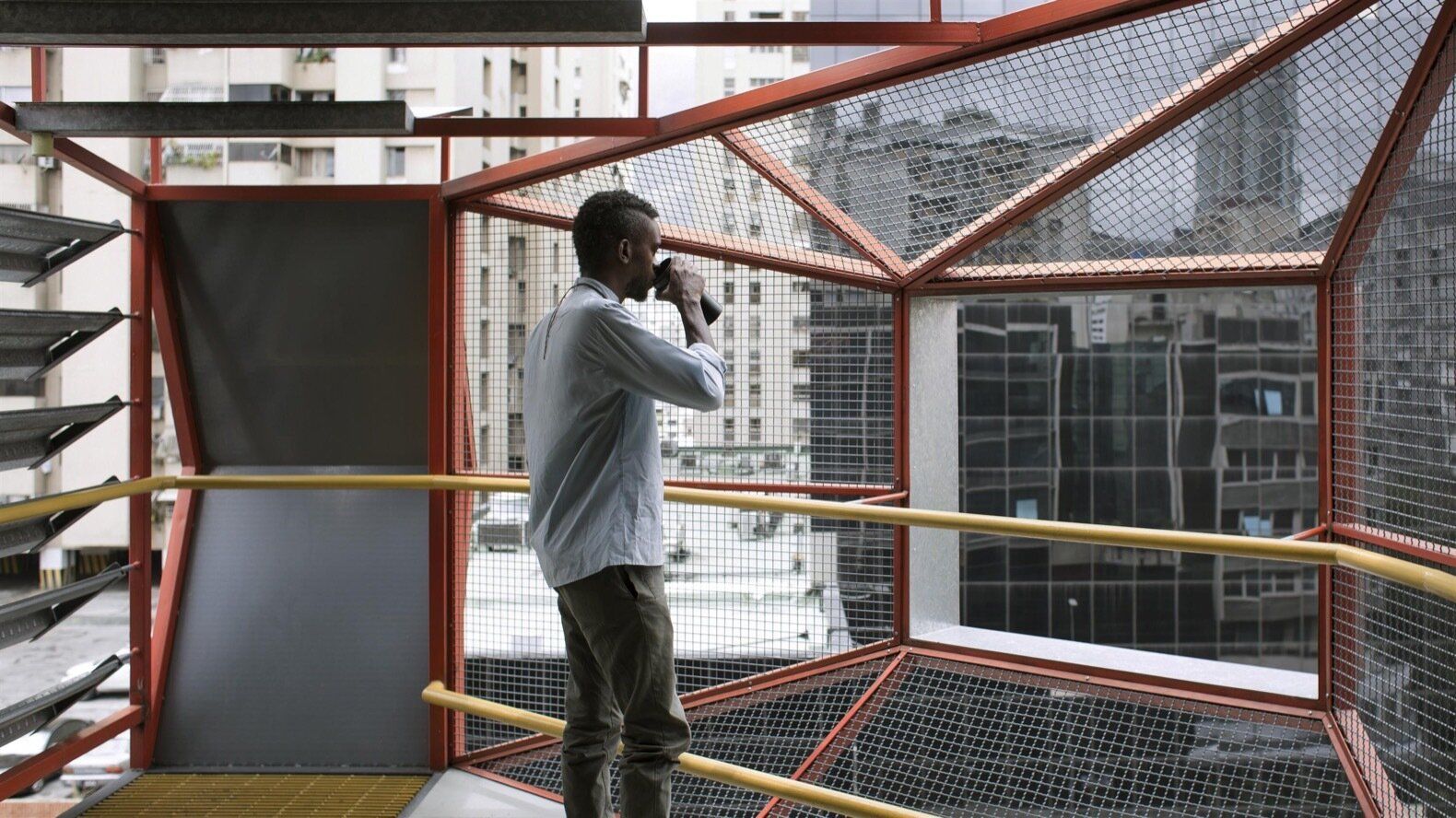 The framed view directs the eye away from the "unfriendly" building directly across the street, which is partially blocked by opaque panels. 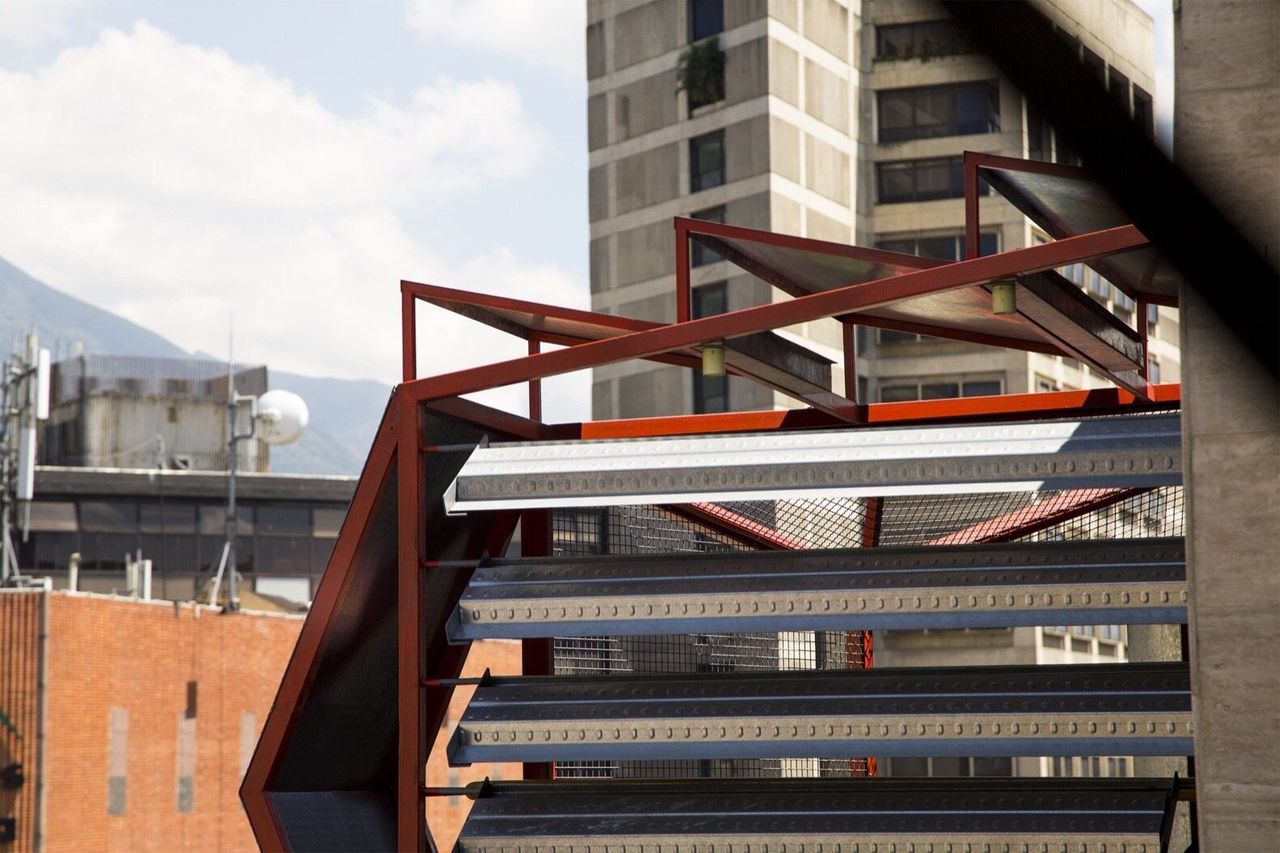 The sawtooth shape of the galvanized steel roof allows for indirect natural light while providing protection from the rain. Steel louvers protect the space from harsh afternoon glare on the west side.

Parasite Balcony is located within the coworking section of the building, which is also home to a graphic arts workshop, a photography studio, a music recording studio, an image laboratory, a sports area, and a manufacturing workshop. The cultural arts center, which continues to be developed, will soon add a series of new spaces that include a cooking school with an urban farm, a theater, an exhibition hall, a toy library, and a hostel. The coworking area at Casino Caracas is also used to host events.