A couple coaxes their old home to a new stage by holding on to its character, tossing out previous updates, and introducing a few modern accents.

Galen and Laura Hines-Pierce's 1920s home had resisted major change despite its location in Houston's trendy Montrose neighborhood. "It's unusual to find early homes in Houston with their character intact," Laura says. "We loved its original character, but we wanted it to feel a bit more modern and functional." 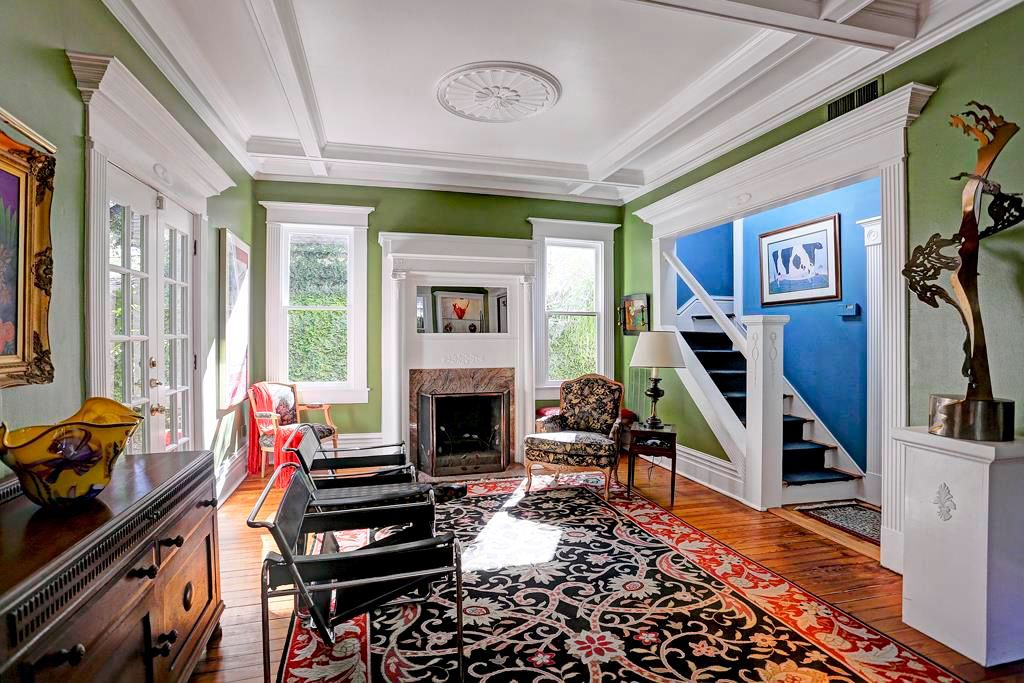 Designer Maureen Stevens helped find the sweet spot between old and new. Removing dated built-ins and a kitchen wall was an instant refresh. New elements such as statement lighting, geometric tiles, and midcentury-style furnishings pair well with vintage flooring and millwork. The teamwork is evident in the living room, where Stevens suggested keeping the original trim around windows and doors but giving the fireplace a sleek profile. "I like that dichotomy," Laura says. "Pushing the house a little has greatly enhanced how we live."
gray living room with warm wood floors and modern chandelier 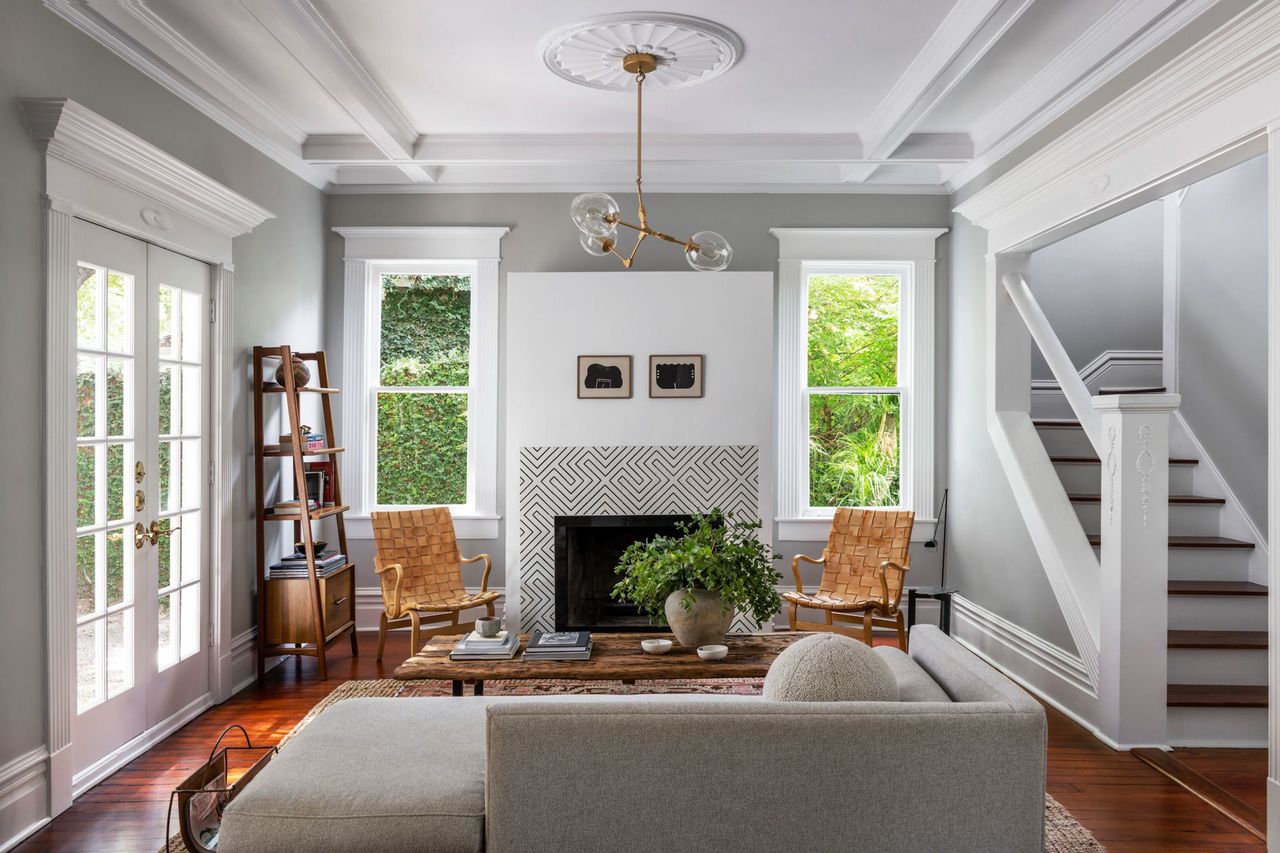 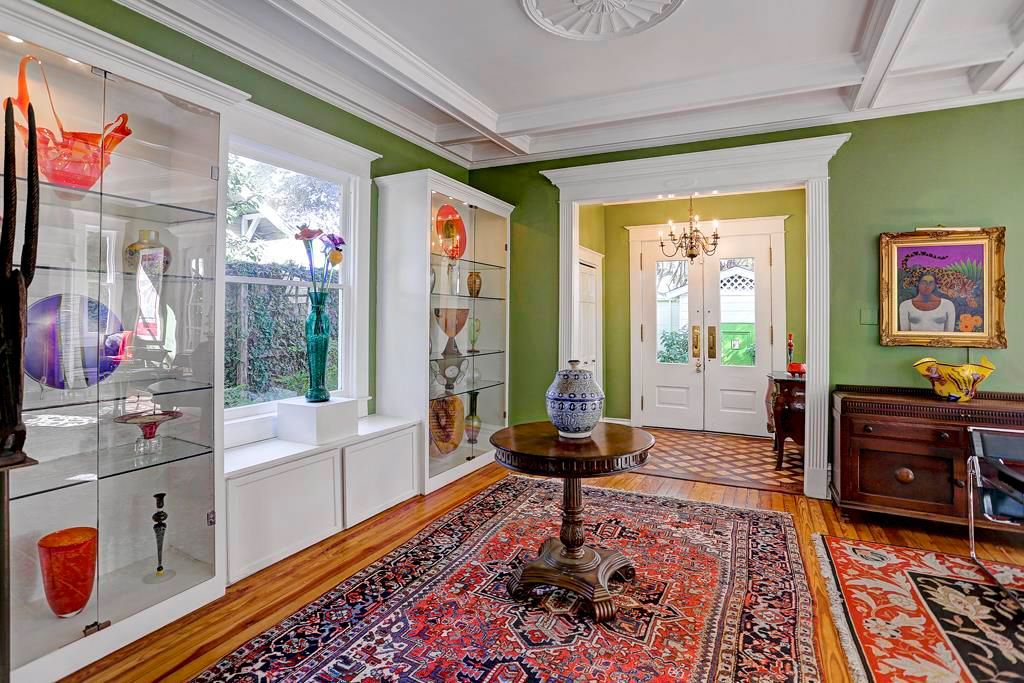 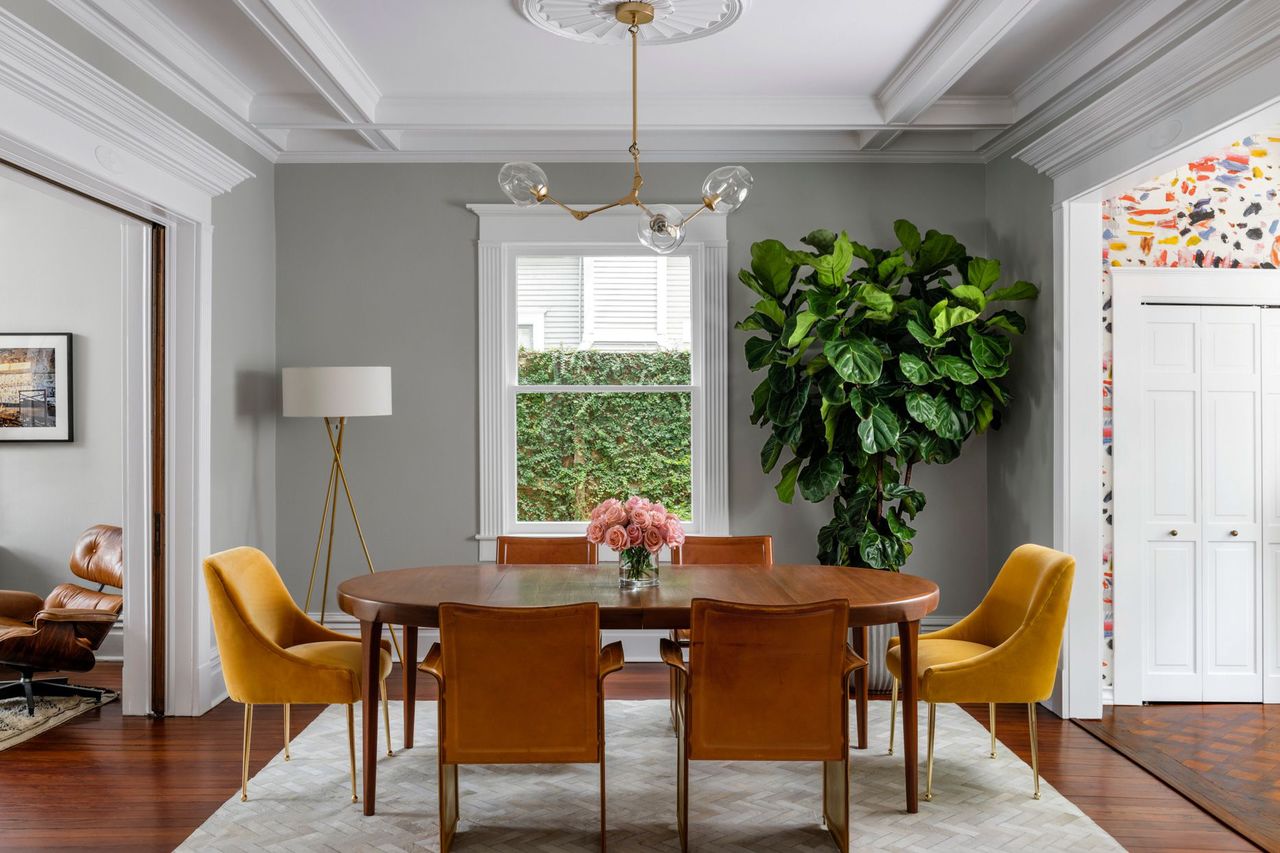 Converting a passage near the front door into a dining area involved removing old cabinets, painting the walls, and bringing in a streamlined mix of furniture. "You can mix different eras, materials, and styles so long as they complement each other," Stevens says. The new wall color is Gray Owl 2137-60 from Benjamin Moore.

When juxtaposed with the pine parquet floor, wallpaper with an abstract pattern enlivens the entry. "If original flooring is salvageable, keep it," Stevens says. "You'll save a lot of money and have something unique." 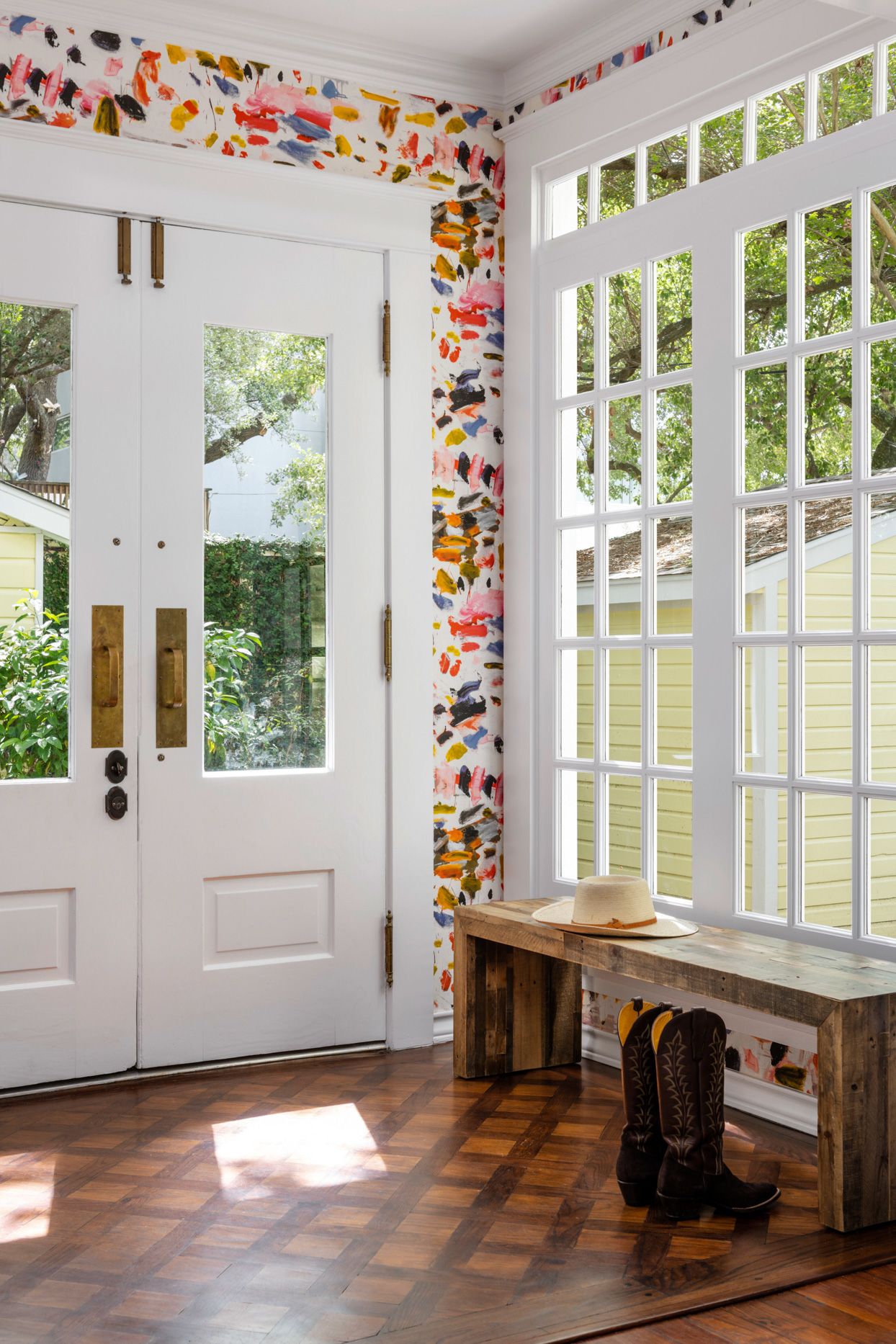 To create a more efficient layout with impact, Stevens removed the window above the original sink and moved the range and refrigerator to that wall. The adjacent wall between the kitchen and sunroom came down for a more open feel. 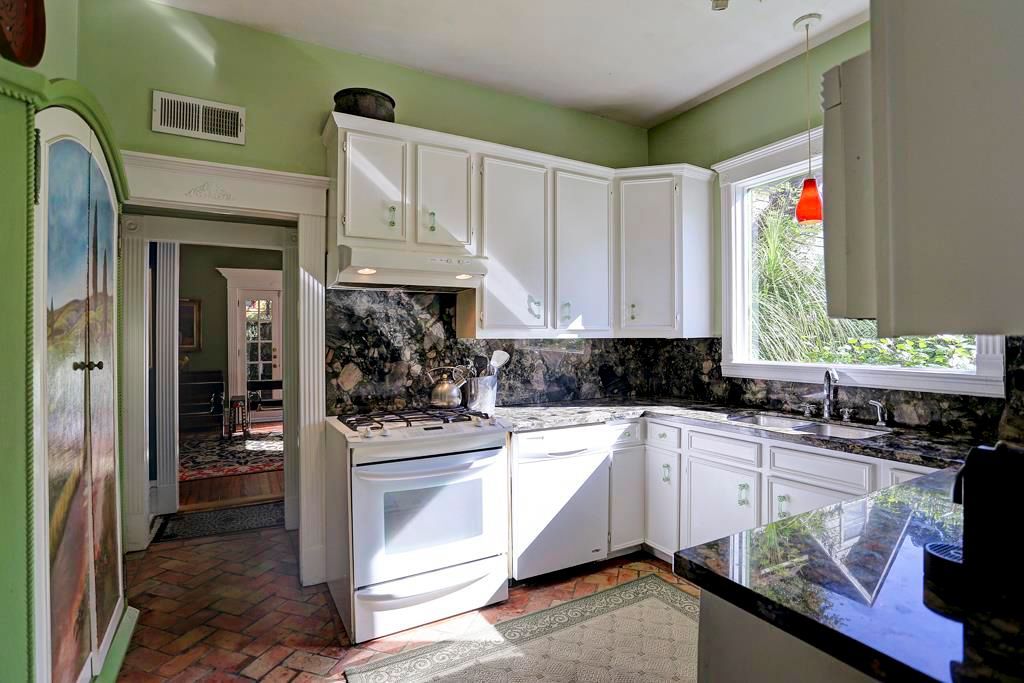 "After playing with lots of ideas, the geometric green tile resonated because it plays off the outside foliage," Stevens says. 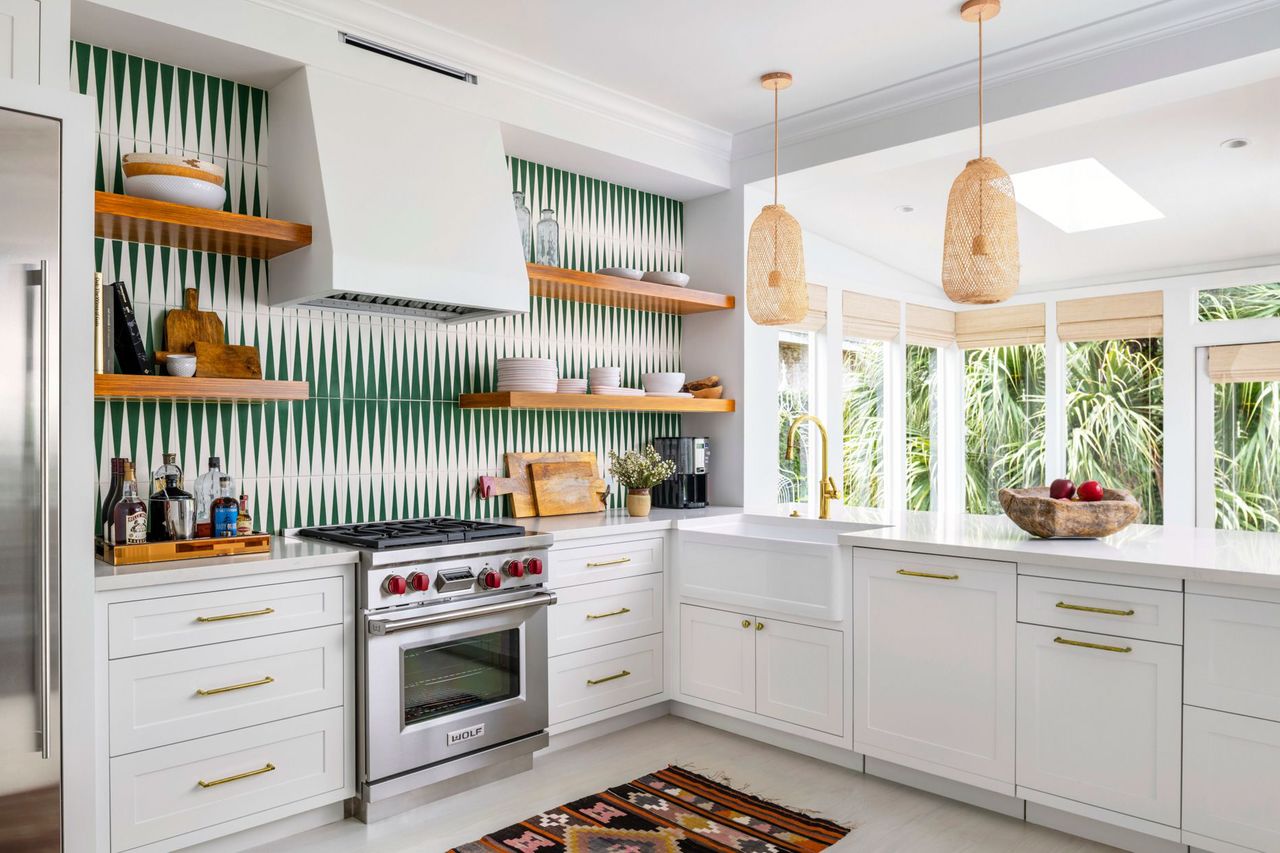 White paint (Pure White SW 7005 from Sherwin-Williams) flows into the sunroom. "Older homes used ivory whites with yellow undertones. This has no undertones," Stevens says, "so it immediately makes a space feel updated and fresh." 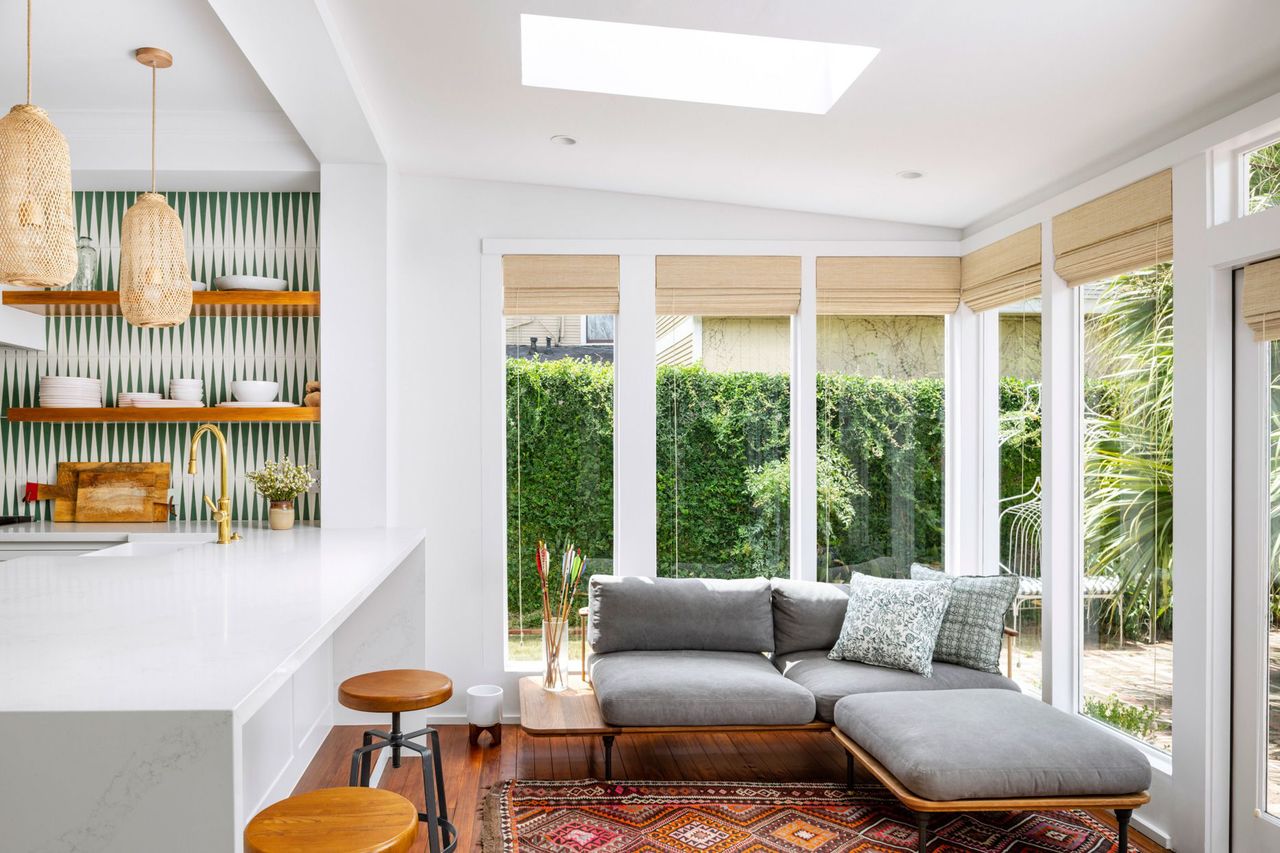