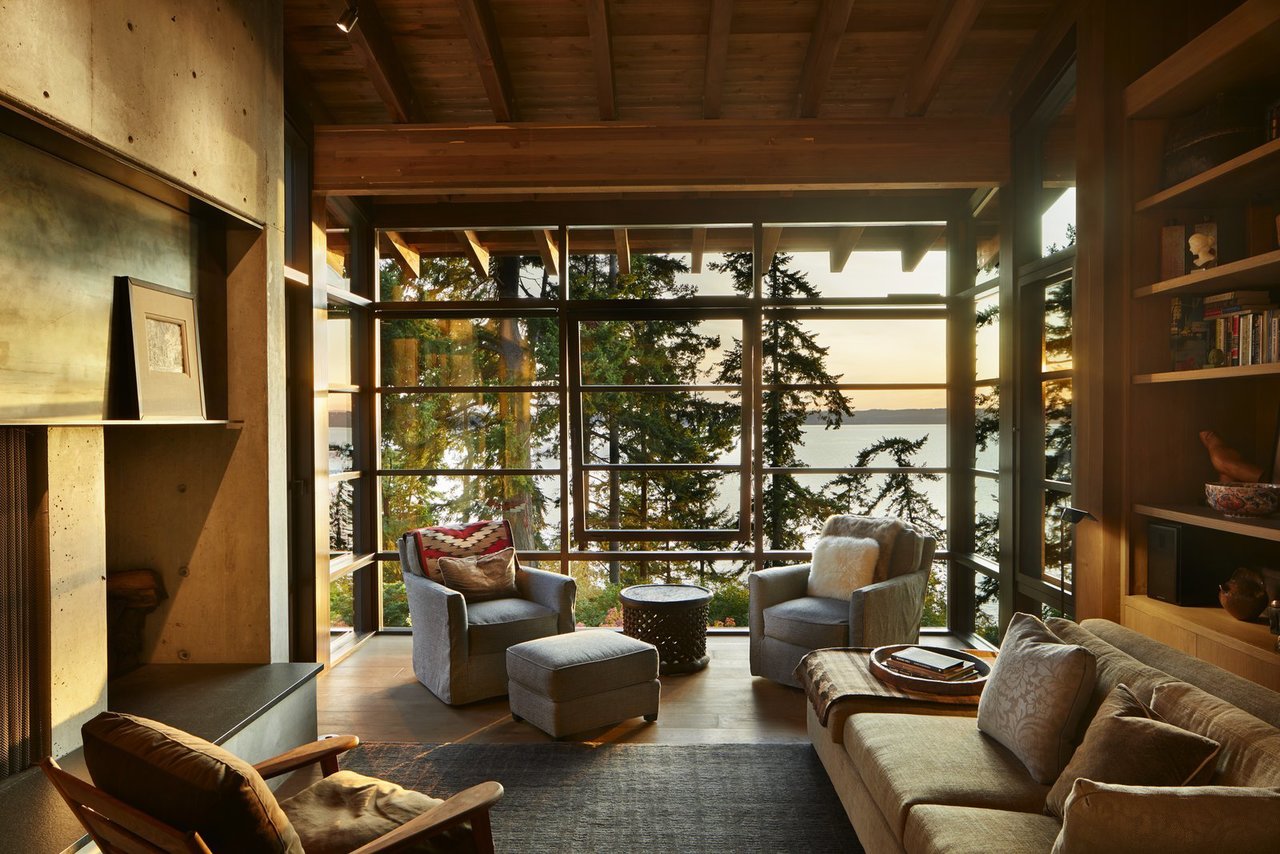 A bridge on land, this modern home is nestled lightly between trees on the coast.

After living in a large home with a manicured landscape for several years, the homeowners were ready to inhabit a more intimate space with a strong connection to trees, bay views, and the land itself. One of the owners, originally from Switzerland, requested the design reflect elements of Swiss style, combining modern inferences with classic structural elements, craftsmanship, and pointed attention to detail. Seattle-based Christopher Wright Architecture created a strong yet site-sensitive home elevated just above the land to preserve the trees it aims to enjoy–creating a place that is as thoughtful as it is beautiful. 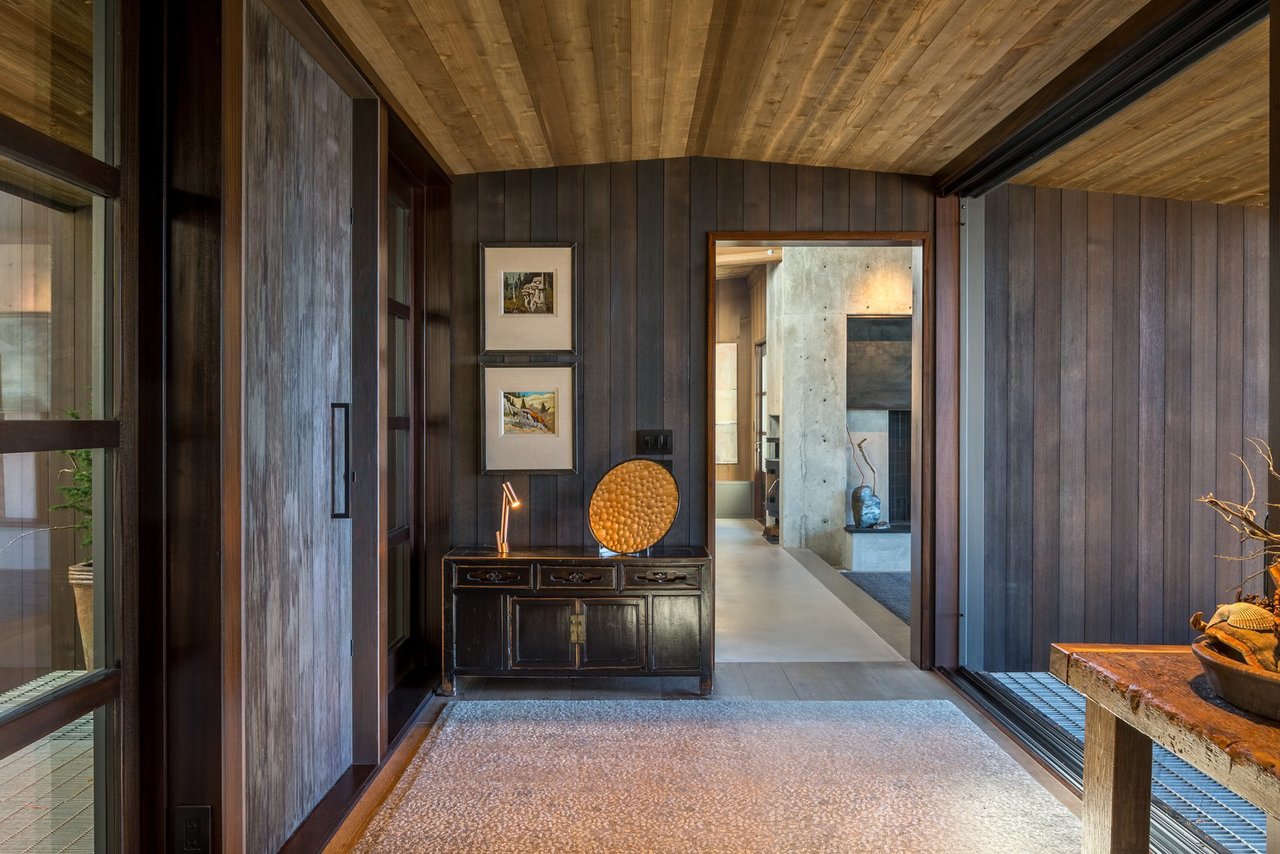 Given only a small section of parcel on which construction was permitted, and with a desire to keep intact several large cedar trees, the home was sited very close to those trees–so close that digging a traditional foundation would have disturbed root systems. Consequently, the central section of the structure was not given a foundation. Instead, two large steel beams span and suspend the entry and study, creating a bridge between the bedroom wing and the living, dining, kitchen areas. Furthering the connection to nature, the home was intentionally conceived as a single level; sinking into the texture of the landscape, the home sits lightly, becoming obvious only upon approach. 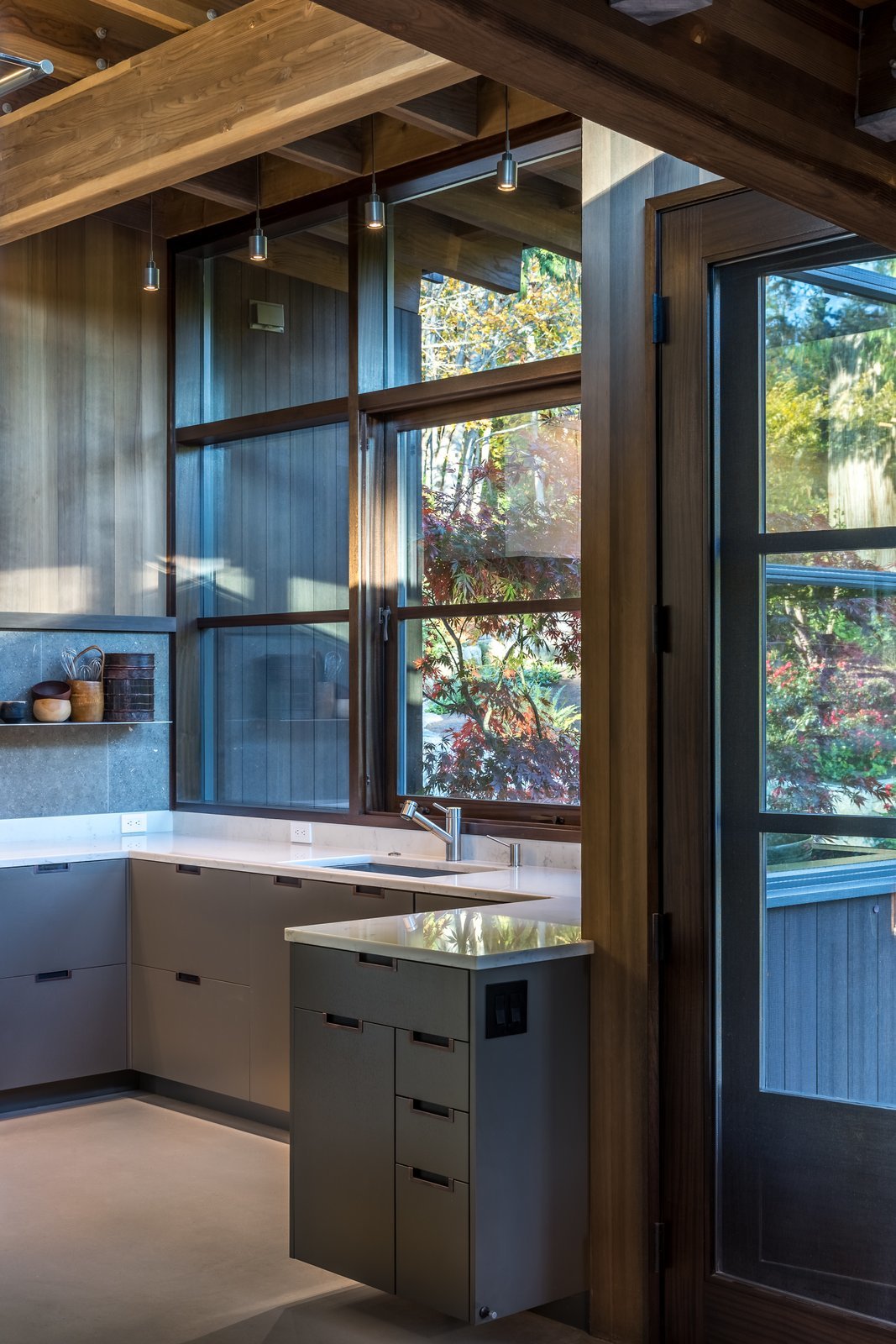 In addition to a large European-inspired, sleek-yet-rustic kitchen with an informal adjacent space for dining, the owners requested spaces to watch television and to sit by the fire, a sunny nook for lounging, and an outdoor area to view the sunset over Port Susan. The team tackled the clients’ requests by placing an emphasis on refuge and sanctuary, exemplified by the use of natural materials and contrasting volumes to create intimacy. The house finds balance–between organic landscape and rectilinear home; between the intimacy of the private space and the expansiveness of the view–finding itself in exactly the right place. 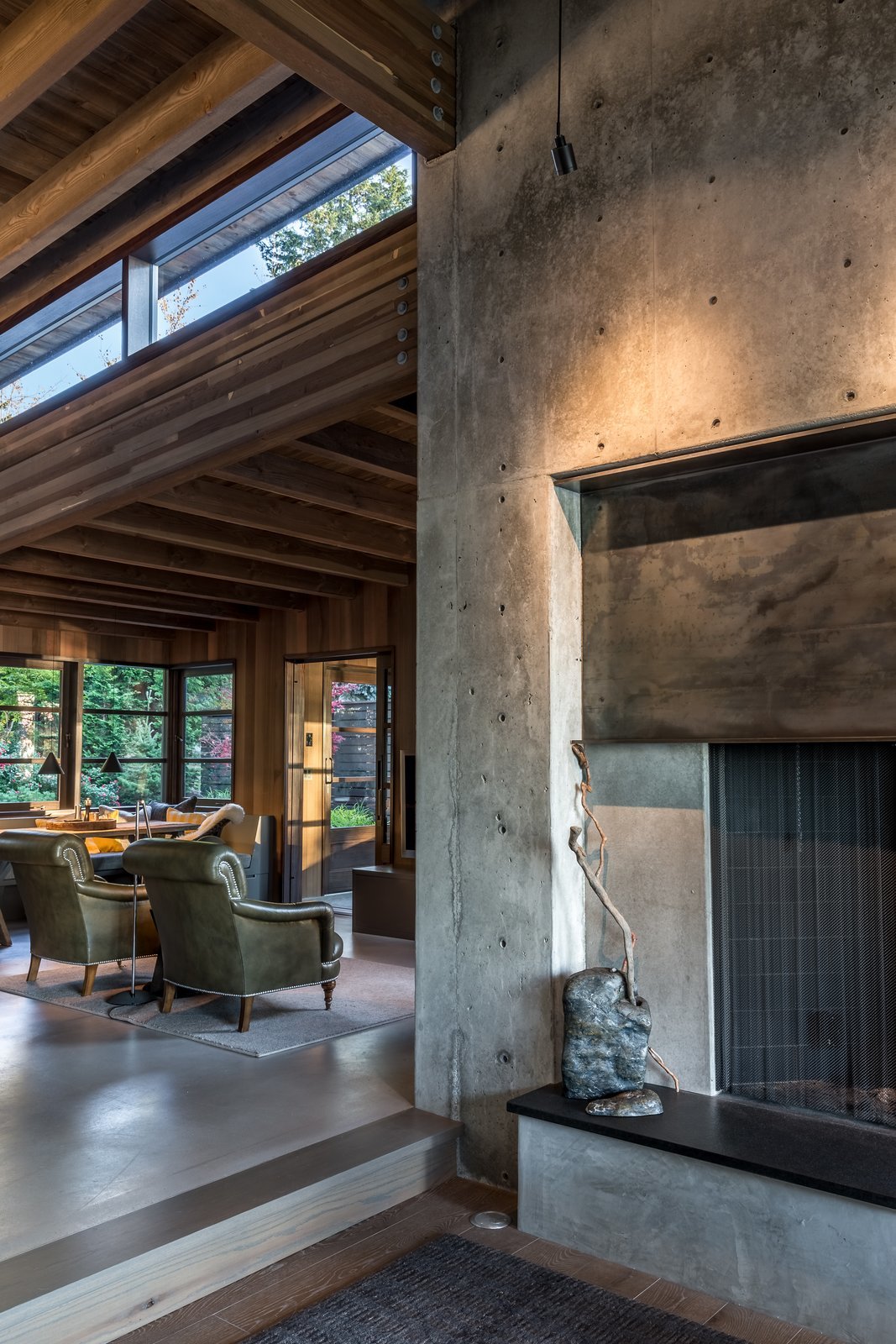 When traveling, the journey is at least as important as the destination. For Christopher Wright Architecture, the same may be said for the experience of home–one’s movement through space is equal in value to the stationary experience. This principle is illustrated by the way in which light was directed throughout the home, entering at the end of a passage from an unseen window, for example, to invite exploration. Similarly, though long and linear, the home was given no straight, dominant sightline; rather, when moving from space to space, one receives a glimpse of what lies beyond. “We wanted to create a home that seems to belong where it is–as if it could have always been there–but does not necessarily blend or disappear. Here, I like the strength of the simple forms set against the natural landscape.” – Christopher Wright 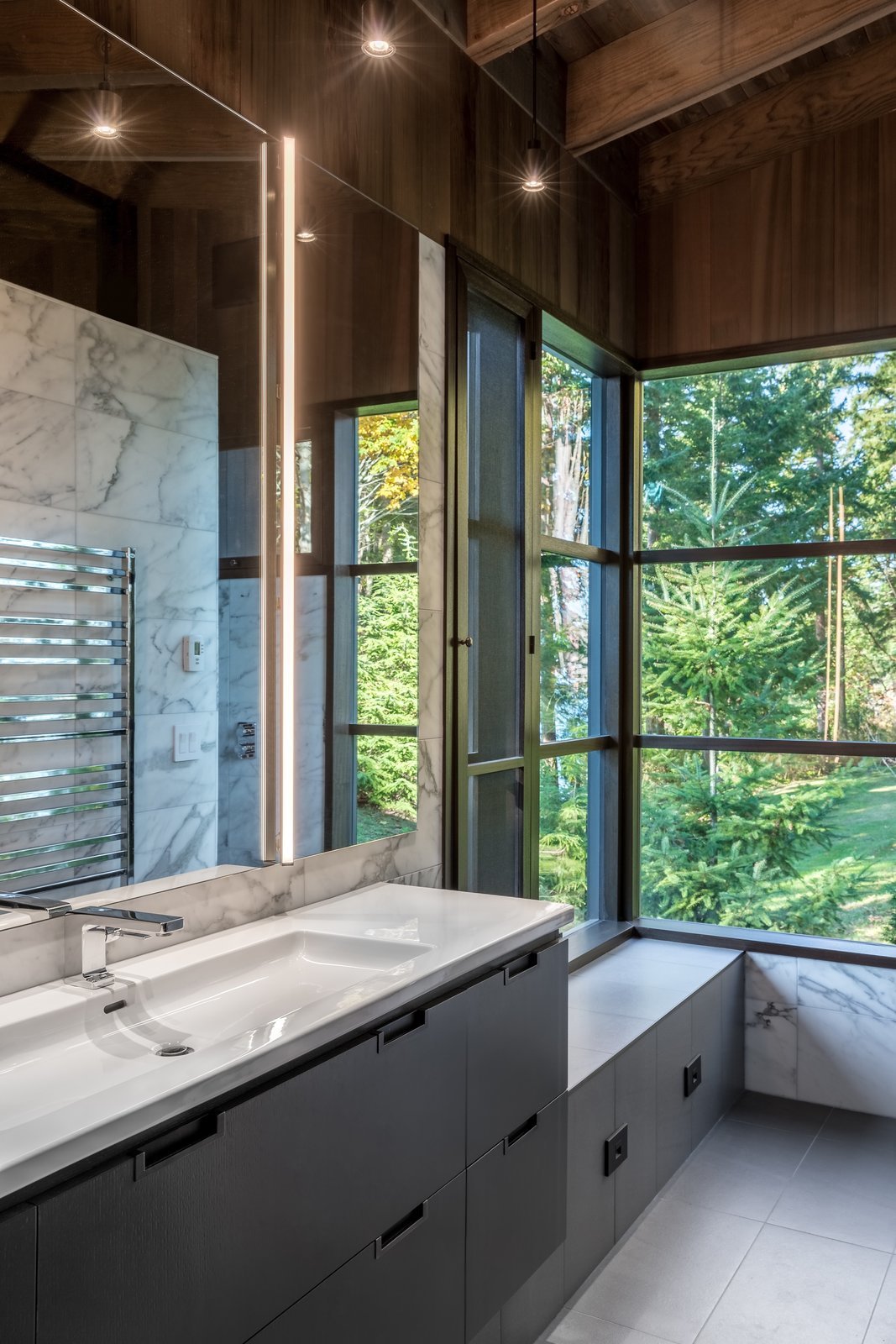 The house, though relaxed, emanates a sense of order. The distinct, linear window system connects to the form of the roofline, the cabinets, and the hearth. Each line is deliberate and creates a calm visual identity and rhythm within the home. Throughout, real materials are celebrated for what they are, used in a way that is made practical by their natural characteristics; e ach beam is a structural element, concrete grounds the house onto the site at the central fireplace, and cedar clads the entire home, inside and out. 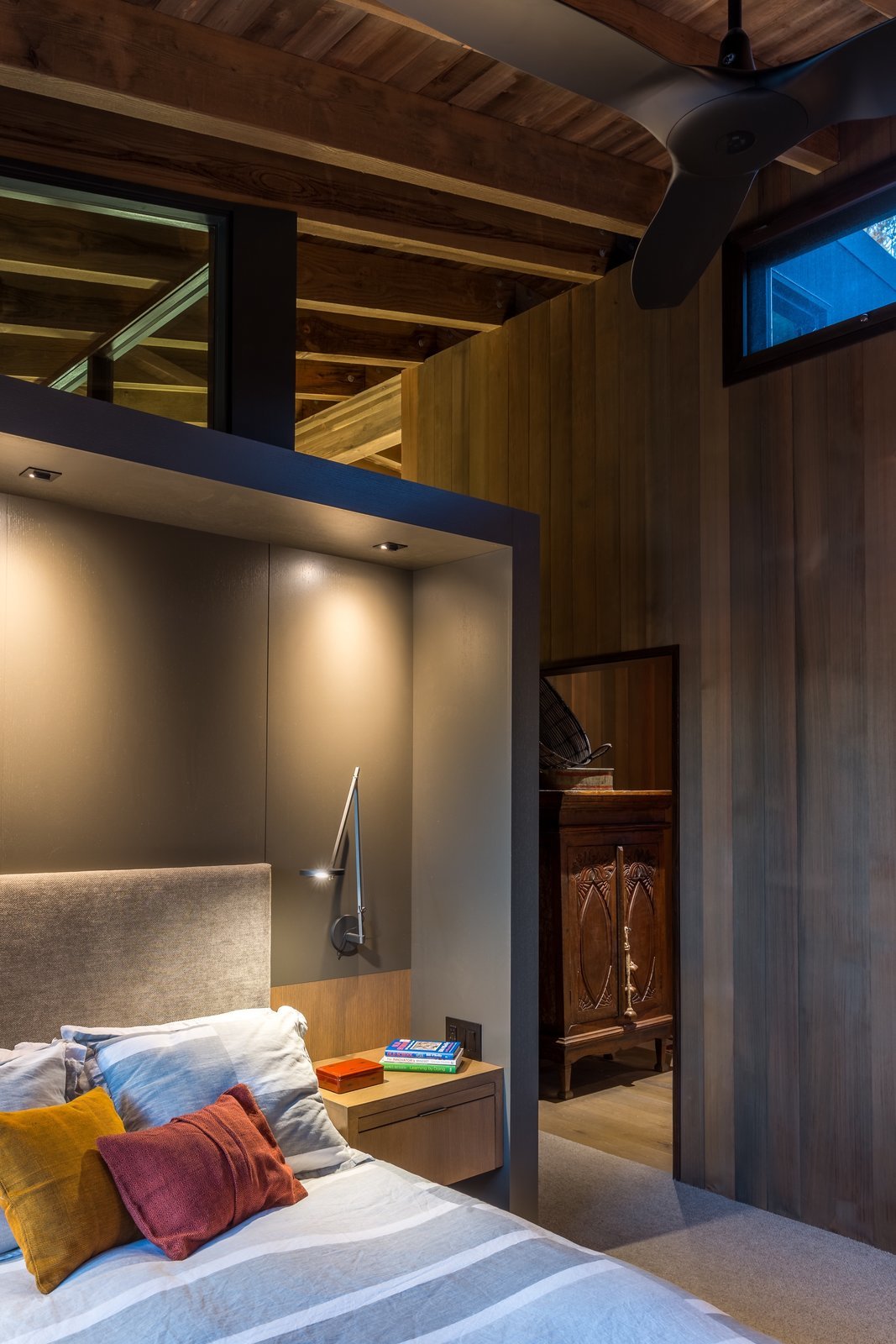 Christopher Wright Architecture not only incorporated the client’s program, but melded the aesthetic needs of client, site, and surroundings to create a deliberate place that will last –alongside the trees that ground it– for generations to come. 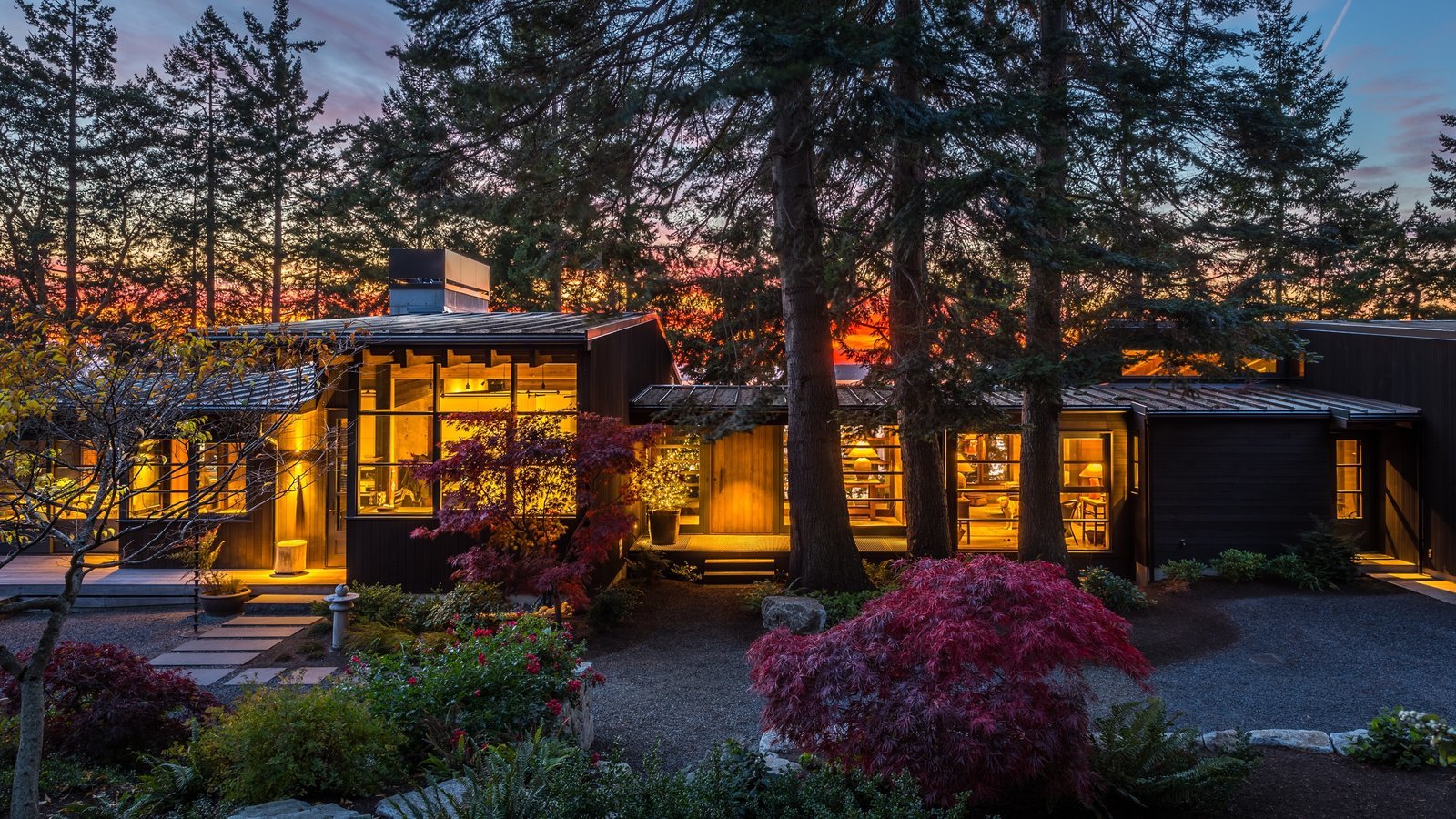 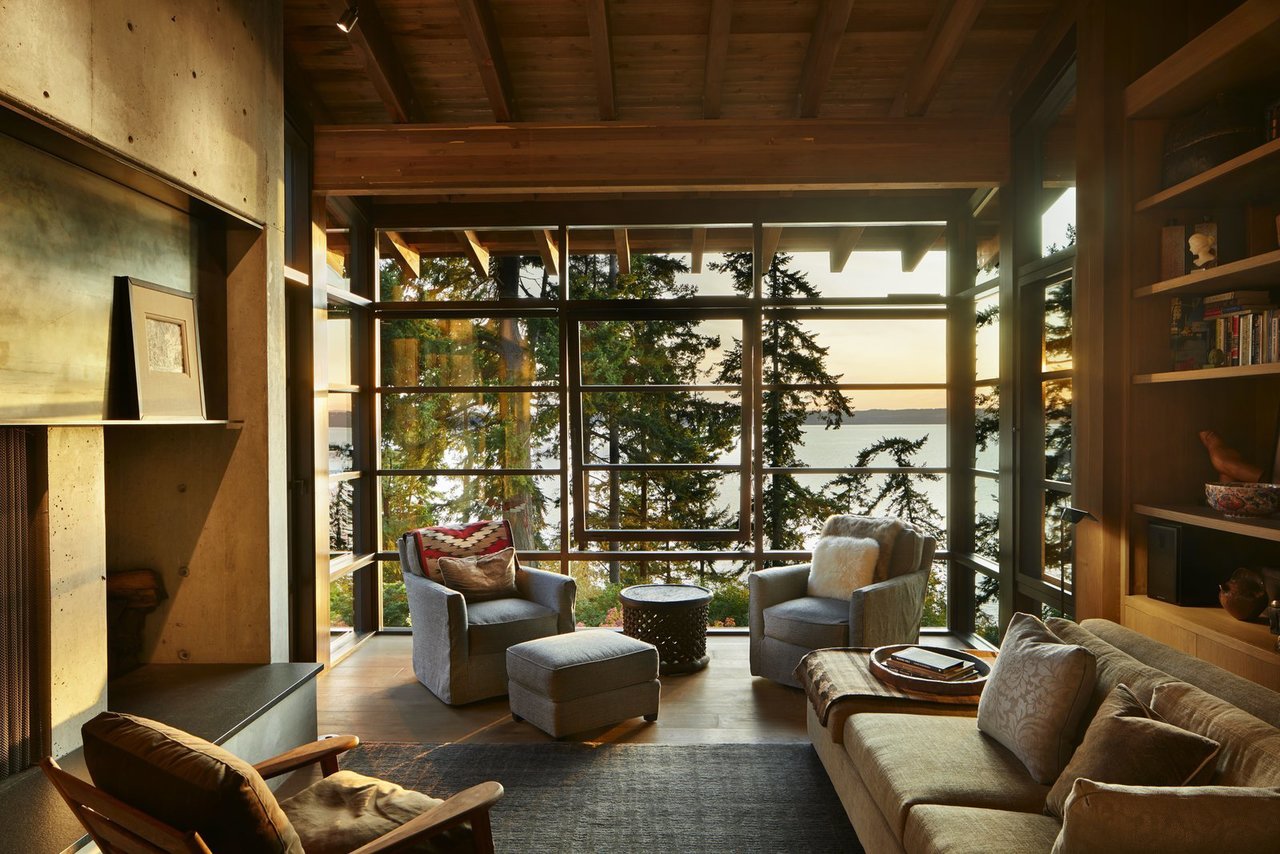 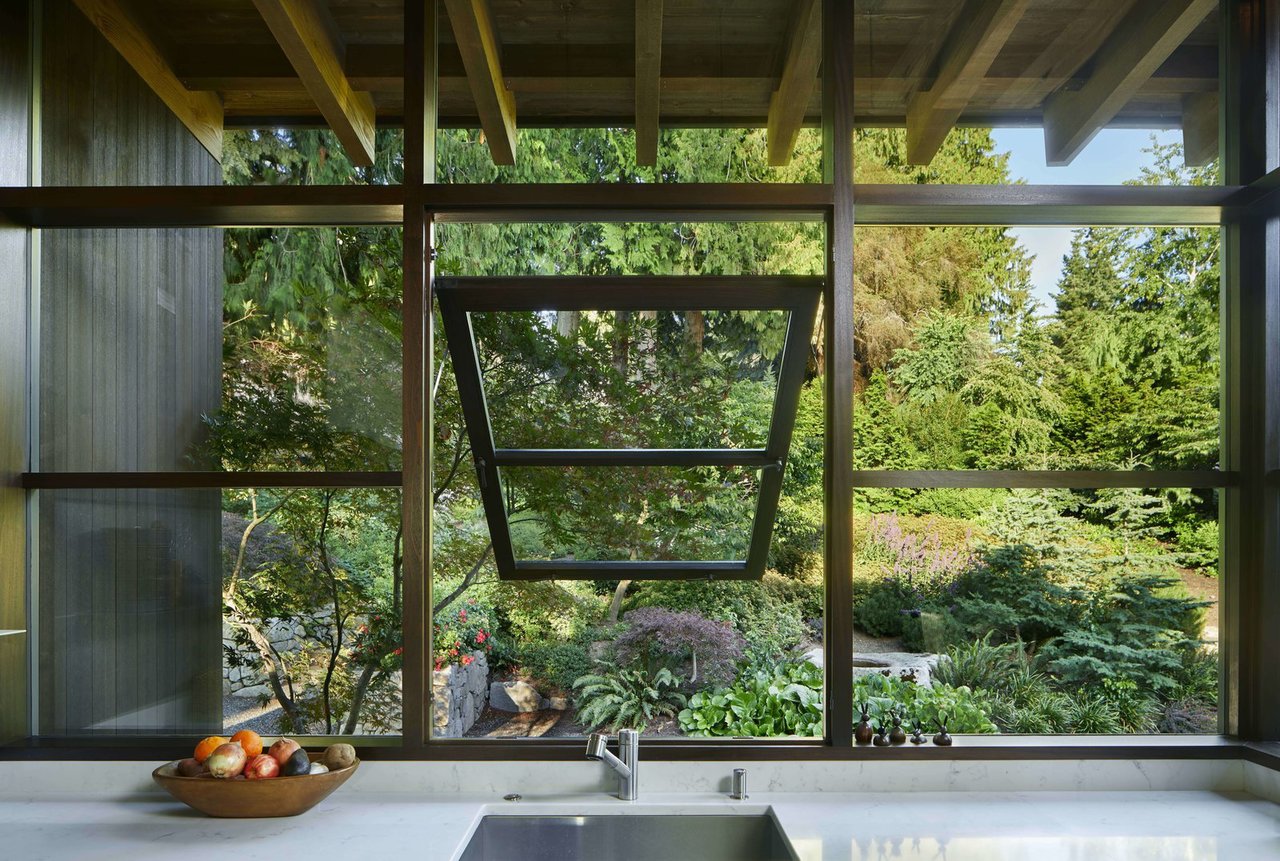