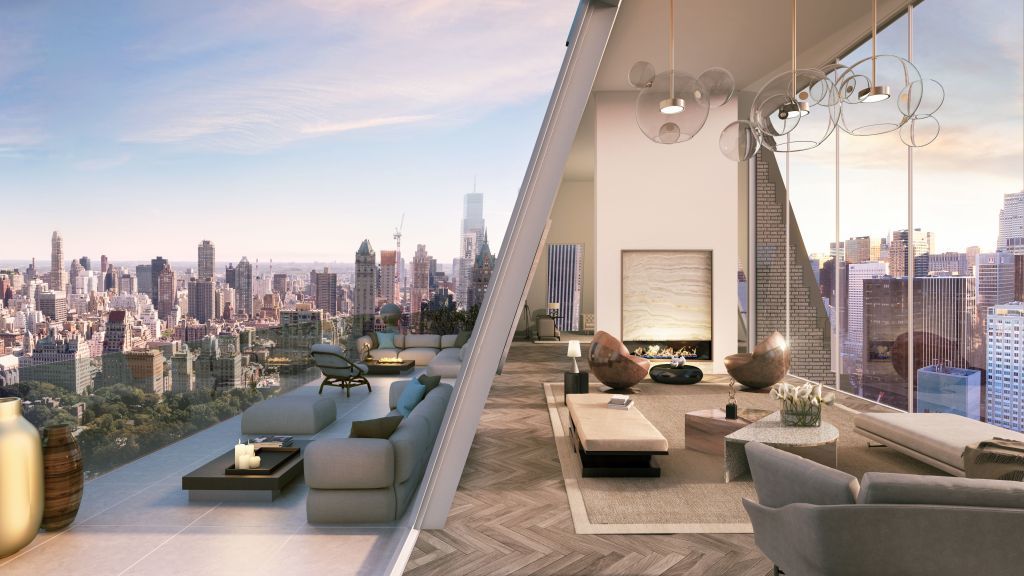 The penthouse, which overlooks Central Park, has all ingredients for the post-pandemic housewarming party of the century

The most expensive apartment in NYC, located on the aptly named Billionaires’ Row, has hit the market, and it comes with a $40 million price-tag.

Located in the prestigious Hampshire House at 150 Central Park South, the three-story penthouse apartment has space for five bedrooms and five bathrooms, along with a spa and a fitness club in the building. However, the pièce de résistance is the view of the magnificent Manhattan skyline across a city that has inspired filmmakers, writers, and artists for centuries.

Speaking of artists, Frida Kahlo and operatic tenor Luciano Pavarotti are among the former residents who have previously called this Neoclassical paradise their home. 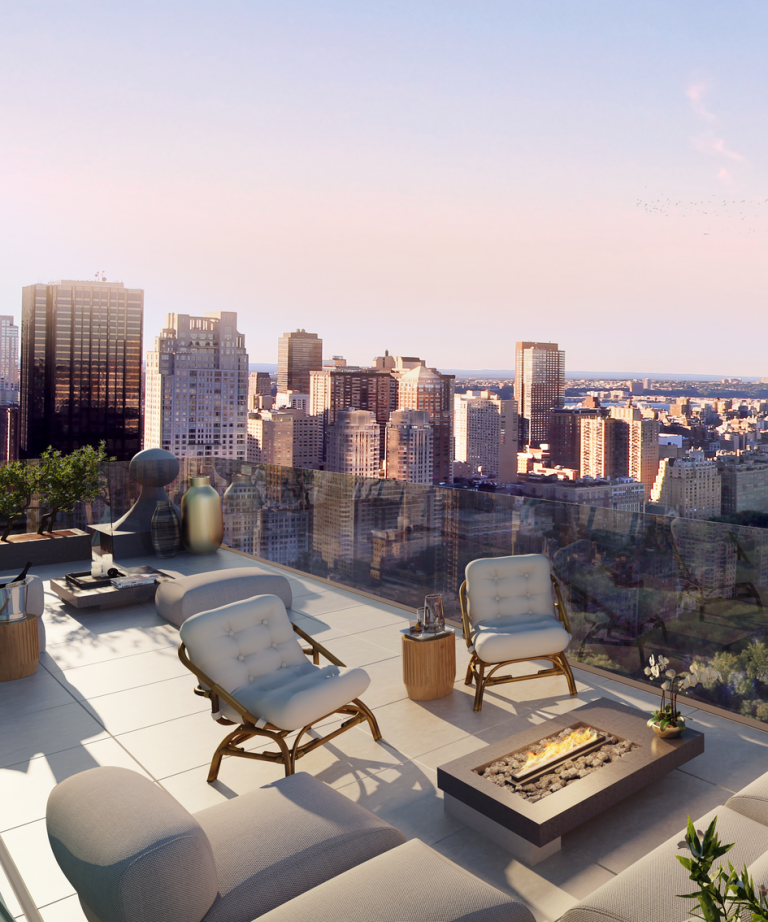 With glass walls and oversized windows, residents have the opportunity to admire the iconic landscape across the city while unwinding in this award-winning sanctuary. There won’t be too much time for relaxing in this apartment, however, as the property includes four private terraces, which are the perfect setting for a party when the sun sets over the city that never sleeps.

Raising a Manhattan over Manhattan? Where do we sign up? We already know that home bars are more stylish than going out, but we wouldn't need too much convincing in this apartment. 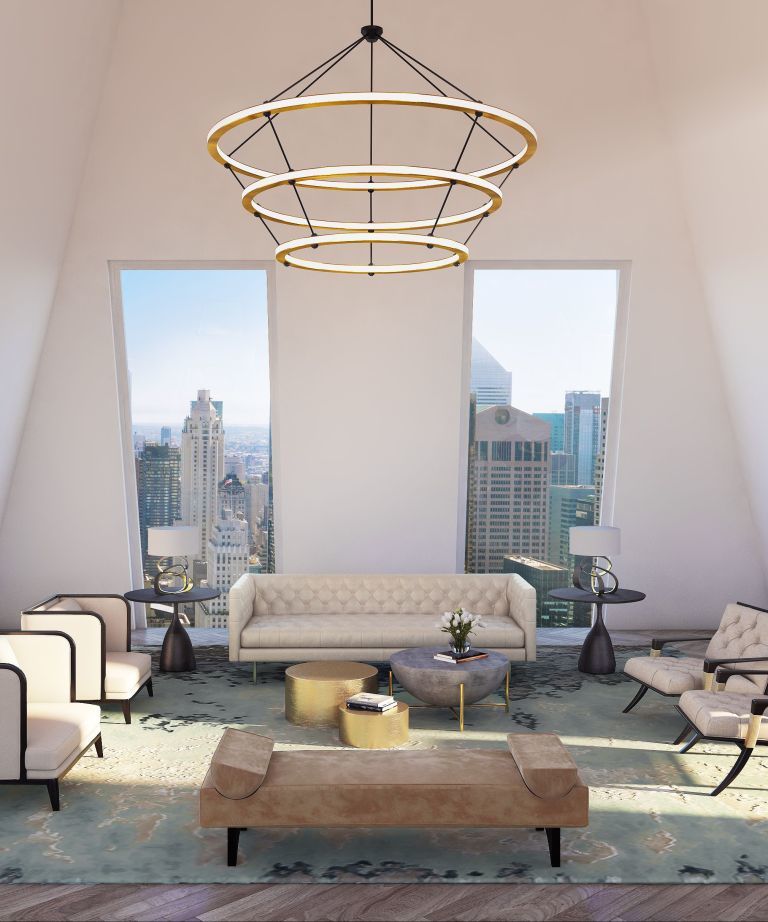 The luxury real estate company, Concierge Auctions will sell this ‘once in a lifetime investment’ in an auction to the highest bidder this week. Potential buyers from around the globe are invited to begin bidding and are required to pay a $100,000 deposit.

Shawn Elliott, Managing Director of the Ultra-Luxury Team, advertises the penthouse on the Concierge Auctions site as the chance to be the next ‘ king or queen of Billionaires’ Row’, which is an opportunity that will ‘simply will never exist again.’ 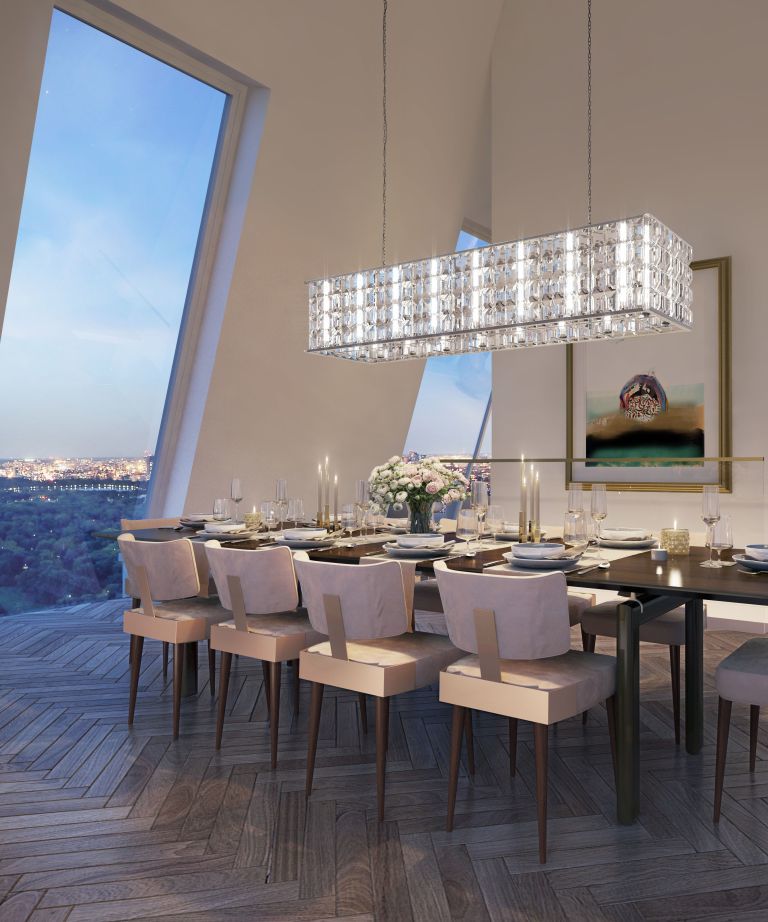 The 9,650 square foot apartment won 'Best of Year residential project in the world' in 2018; however, the excitement continues beyond this exclusive property, which is only a short hop to Fifth Avenue, Carnegie Hall, and Columbus Circle. 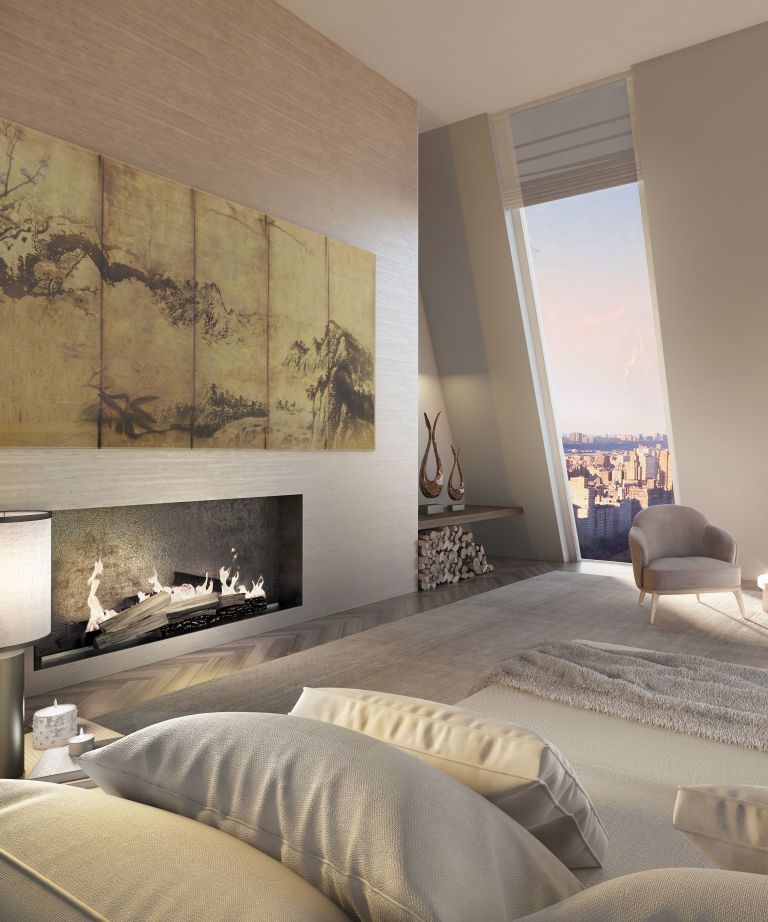 It seems as though Lady Liberty will need to hang onto her crown because New York City will welcome a king or queen above Central Park this week.