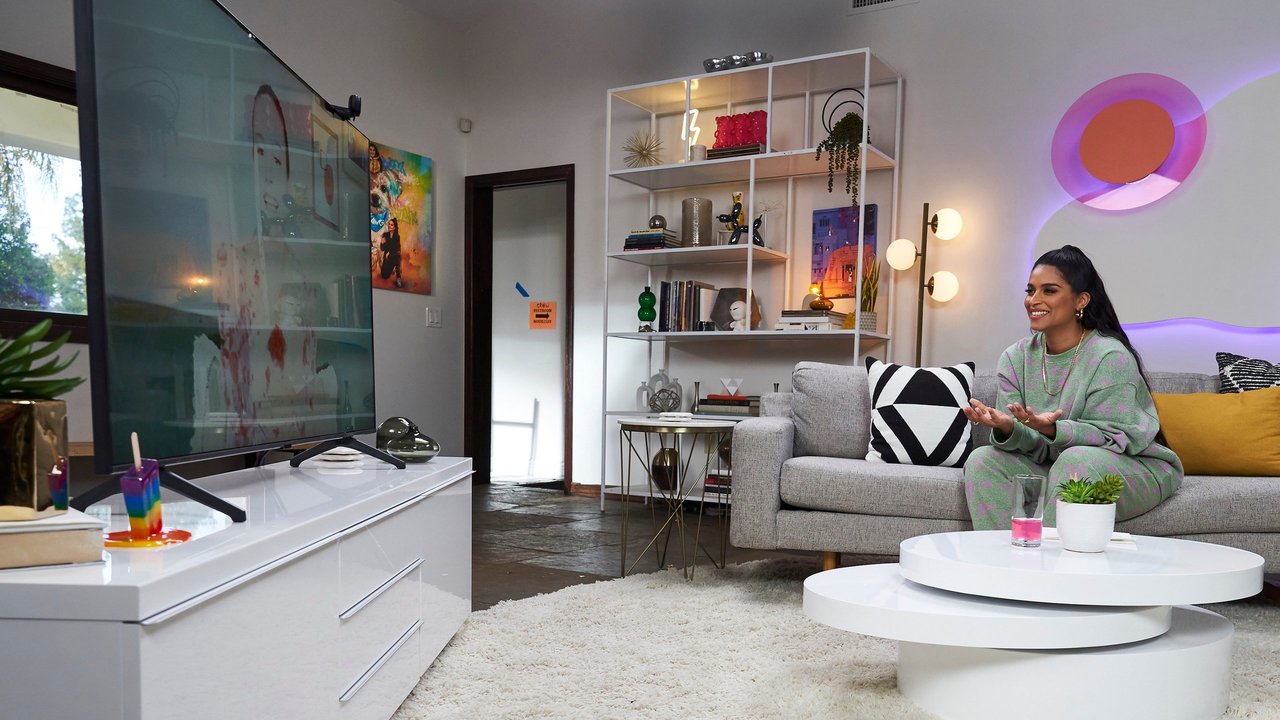 Includes a Swing, a Full Bar, and a Tree House

Lilly Singh is ready to rock 2021 with a brand-new season of her NBC show A Little Late With Lilly Singh. Ahead of the series’s January 11 premiere, the comedian gave fans a tour of the home that will serve as the set of the late-night show, dubbing the mansion her “fun house.” It’s worth mentioning here that the pad is set up for filming and is entirely paid for by NBC.

In the video, the YouTube star reveals a high-ceilinged living room decked out in brightly colored furniture and wall decor, including a backlit 2D cloud installation; multiple artworks of her dog, Scarbro; and an indoor swing hanging from the ceiling. A full wooden bar on one end of the living room space boasts letters spelling out the words Chak De on a back shelf-Punjabi for “raise the roof!” according to Singh. As the late-night host points out, “I have a swing and a bar in the same room. If you come to my house and you don’t leave dizzy, I failed.” A spiral staircase with a wrought-iron railing leads up to a platform just above the bar, where Singh jokes that she’ll DJ for house parties in “2025 or whenever we’re allowed to.” 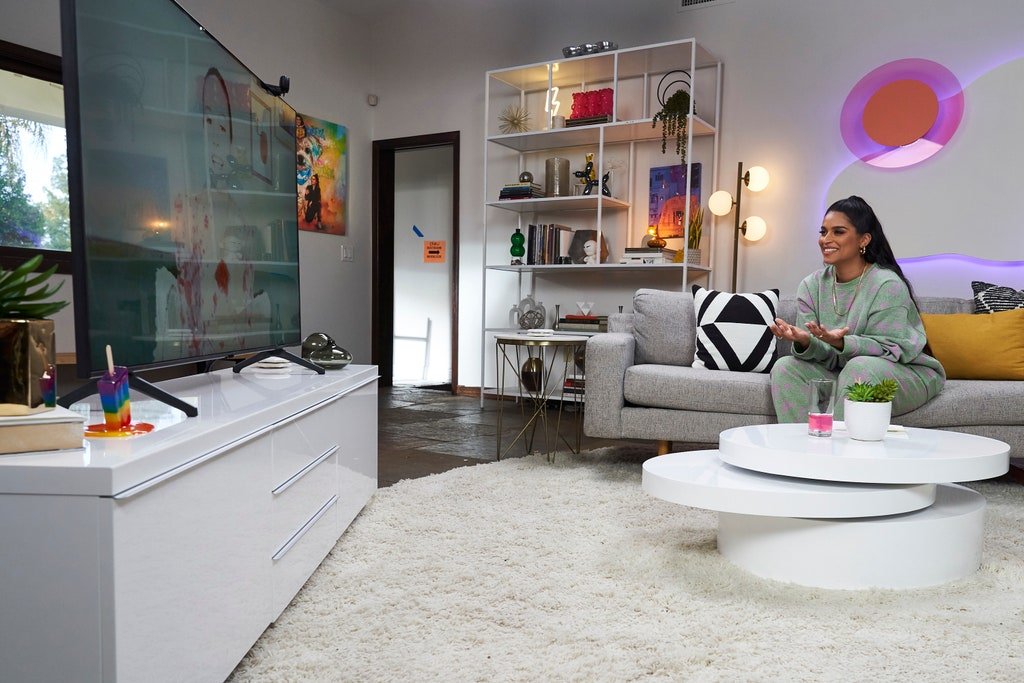 Elsewhere in the home, Singh shows off an impressive shoe wall full of sneakers, in keeping with season two’s theme of “kicks and comfort,” as well as a pristine kitchen with a large marble-topped island and white cabinetry. There are also, Singh notes, a number of “useless vases for no reason” placed on the countertops for decoration. Other rooms in the home include a hair and makeup room, an editing room, and what Singh jokingly calls her “rant room,” which turns out to be chock full of storage items instead.

Out back, a lagoon-style pool and spa dominate much of the yard, though the more impressive feature is probably the expansive treehouse, which is where writers for Singh’s show will actually be working. The host explains that the treehouse, which also features a bright yellow slide, allows the writers to be together in the same space while still being safe.

As for her personal residence, Singh purchased a Studio City dwelling for $4.1 million in March. She also maintains a townhouse in L.A.’s Hancock Park, which she purchased for just under $1.5 million in 2016.