In Argentina, Seven Homes Pop Up on 16,000 Square Feet

When Argentine architects BBOA set out to design a new housing project in the suburbs of Rosario, principals Fernando Brunel and Tomas Balparda faced a quandary. "We were asked to design an ensemble of seven equal houses on a 1,500-square-meter parcel," recalls Brunel. "This meant a densification comparable to the city center, but we were determined to attend to the distinctive features of the suburban setting." Located in Fisherton, a neighborhood in Rosario, the Morrison housing project reflects the various waves of densification the area has experienced over the last century. While much of the original architecture has been replaced by new construction, the barrio still has a rural, suburban feel that Brunel and Balparda wanted to capture. "We developed several hypotheses and variables to define these new small houses," says Brunel. 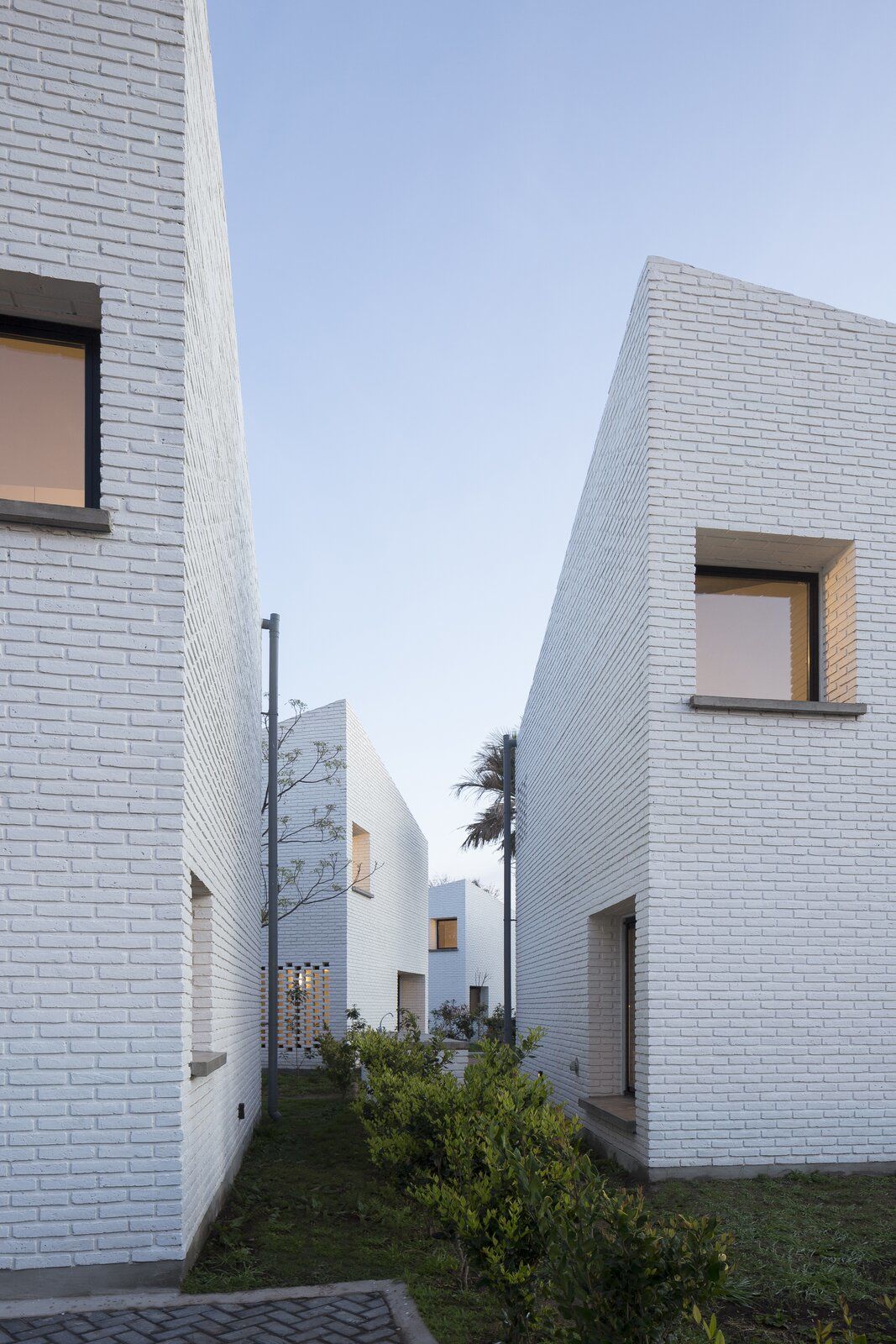 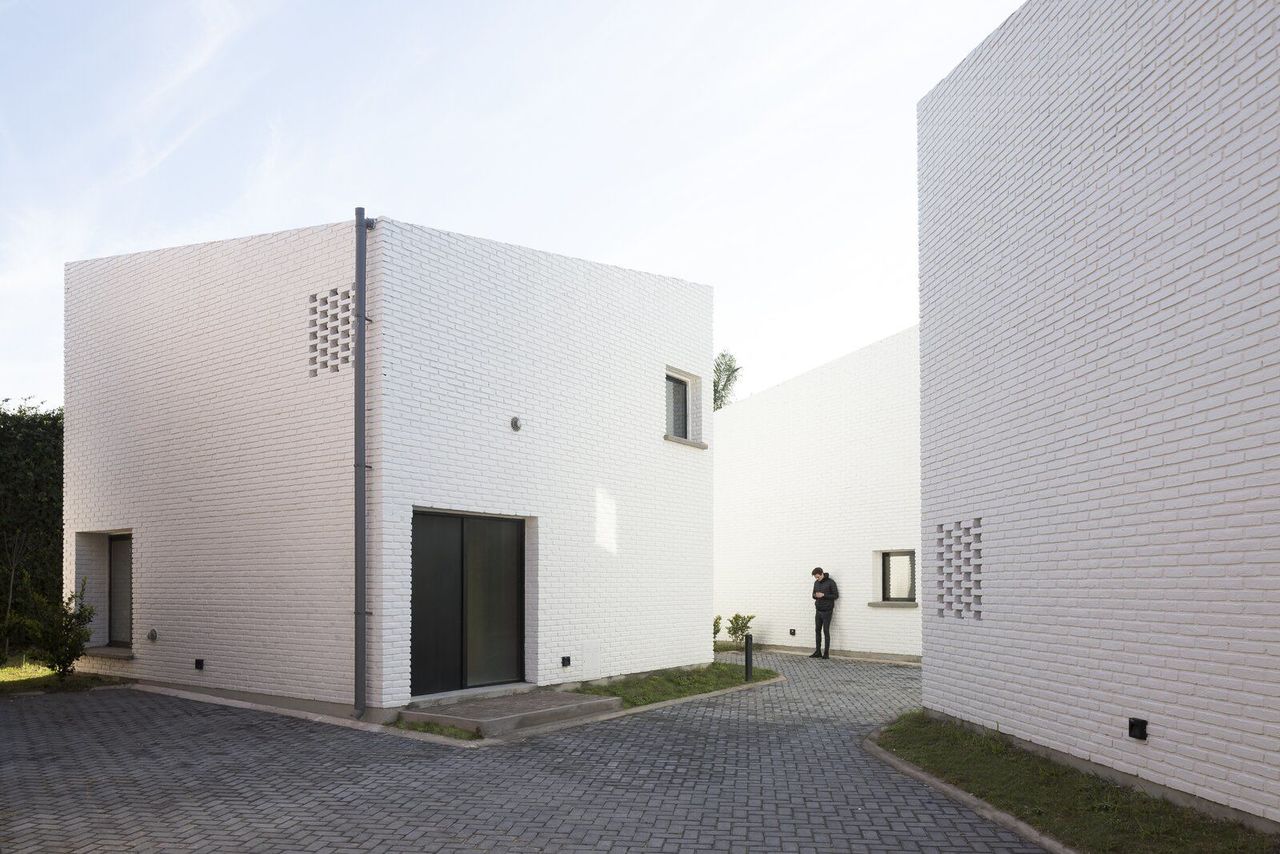 Rather than mimic the linear, street-facing orientation common to homes there, the duo landed on an ensemble arrangement that sprinkles seven freestanding houses across the parcel. Each house faces a slightly different direction, creating intimate outdoor pockets for convening.

Although the homes are identical in terms of size and layout, details offer moments of individuality. "Each house is set out with a slight rotation and different roof inclination," says Brunel. "On a smaller scale, this happens with the inclusion of lighting filters or different sized openings." 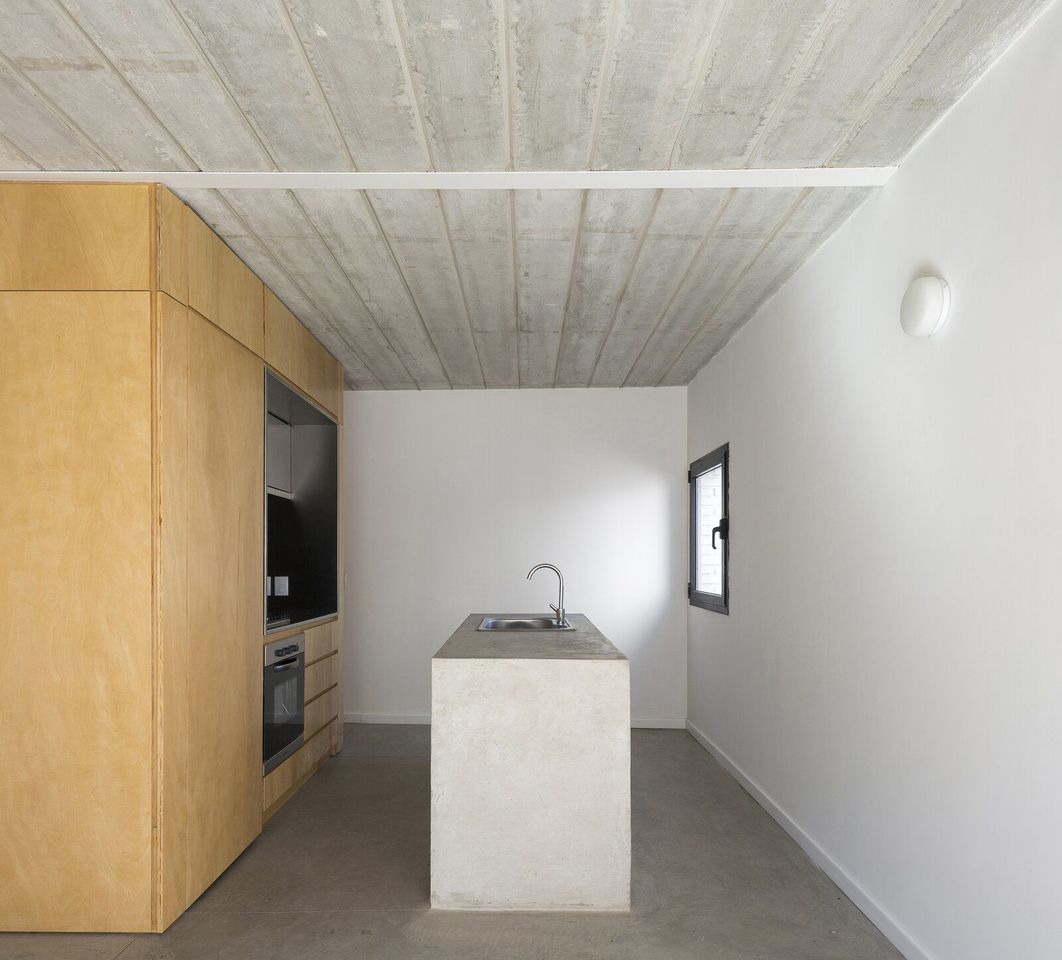 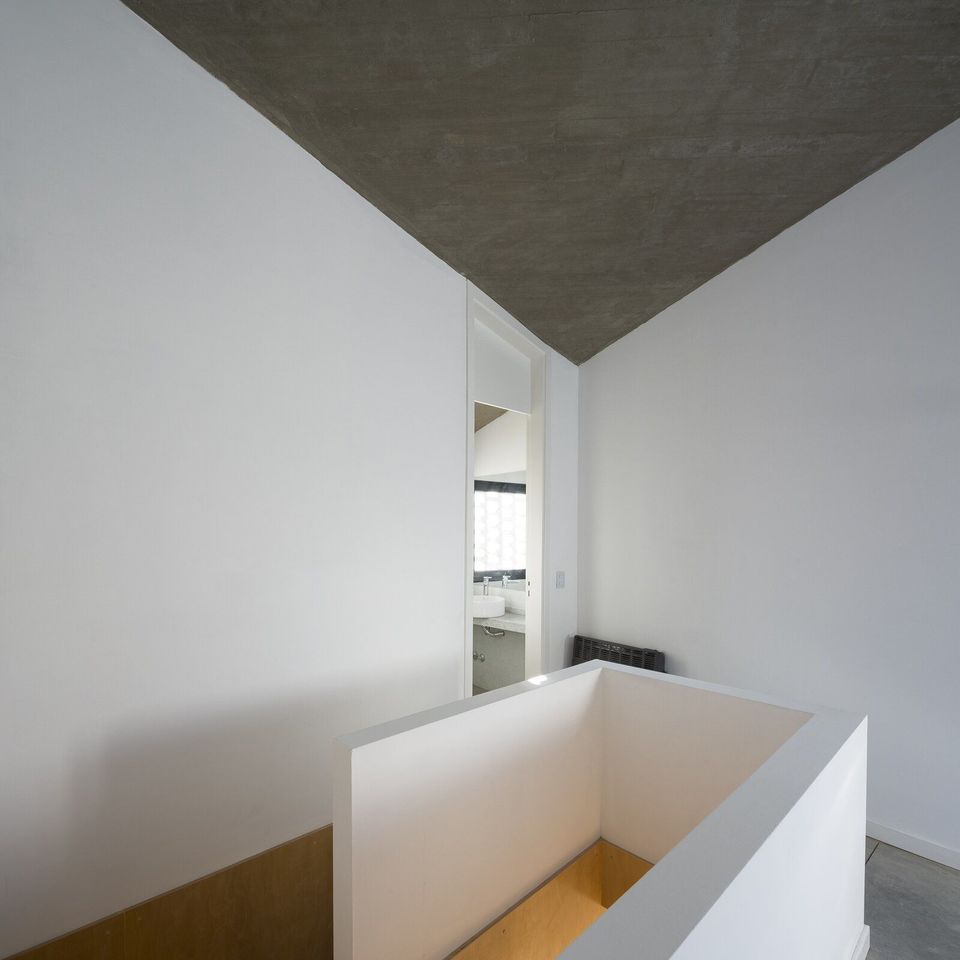 White brick walls establish a common architectural language for the seven homes, which form a small village with a walking path weaving through them. Inside, the two-story houses divide public and private spaces with bedrooms situated above and shared living areas below. On the ground floor of each, a unit made of guatambú plywood contains all service functions.

The modern yet modest housing village captures the ethos of the region, with some updates. As Brunel puts it, "We wanted to recreate the function and dynamic of a traditional Fisherton house, but translate it into a new, up-to-date architecture." 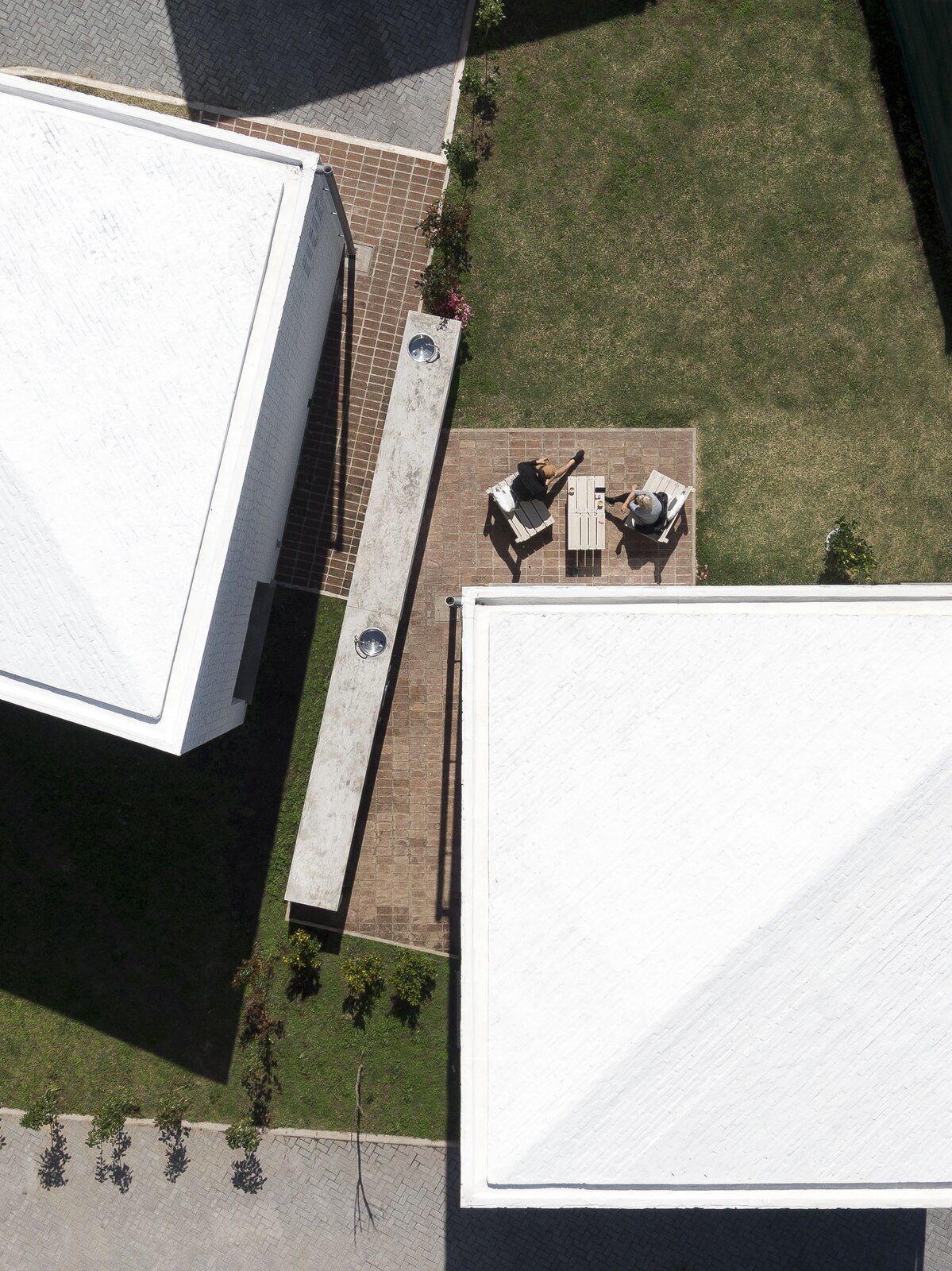 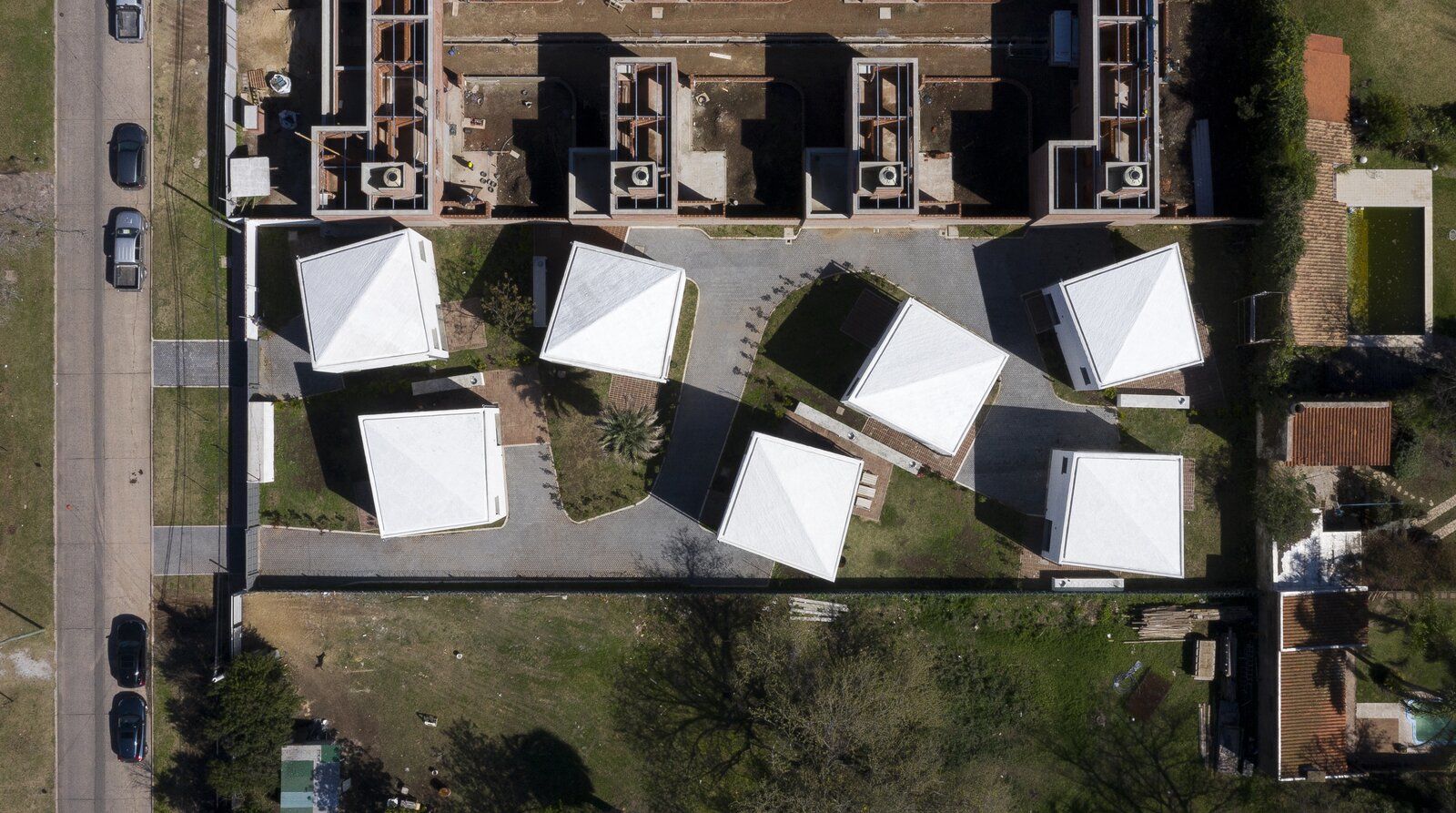 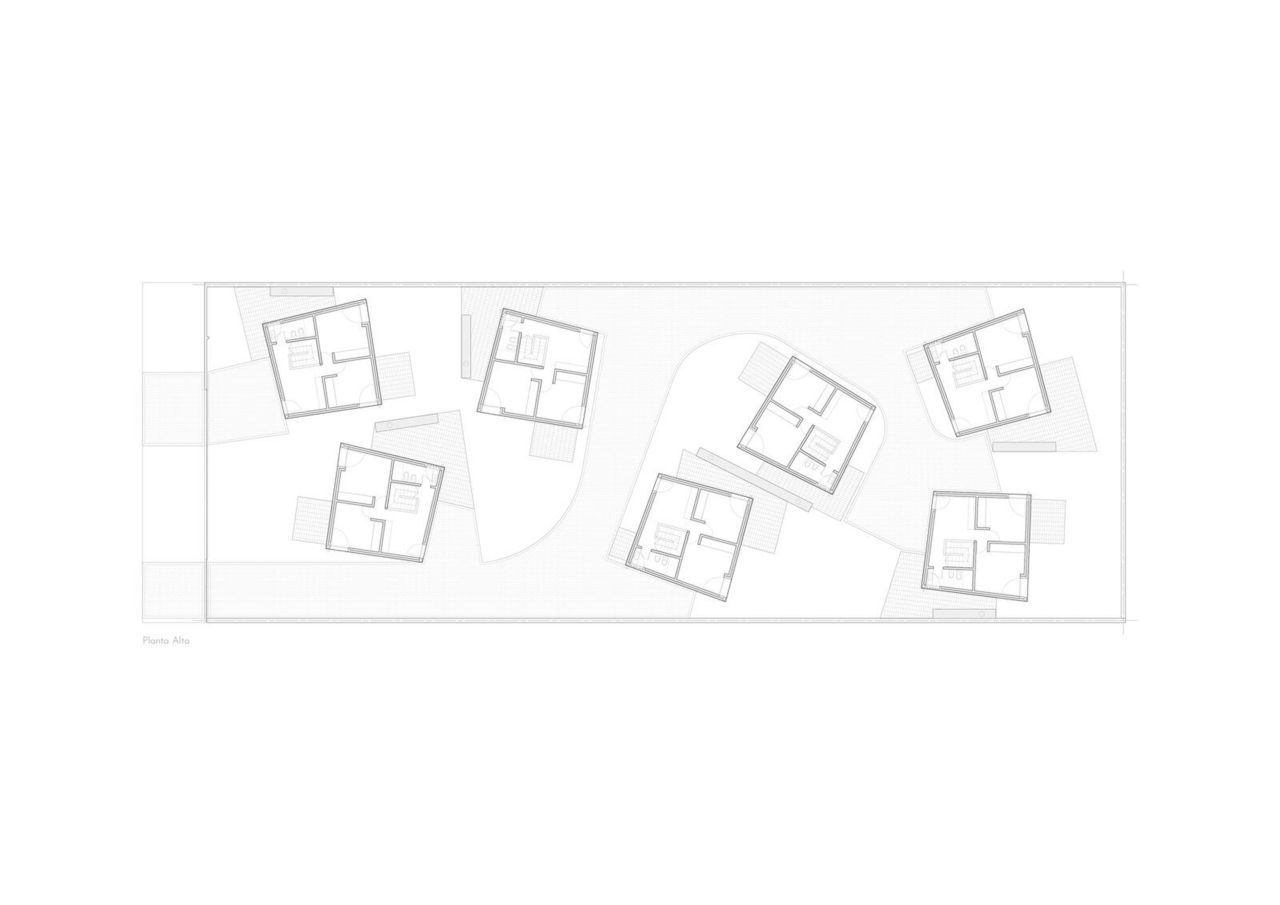 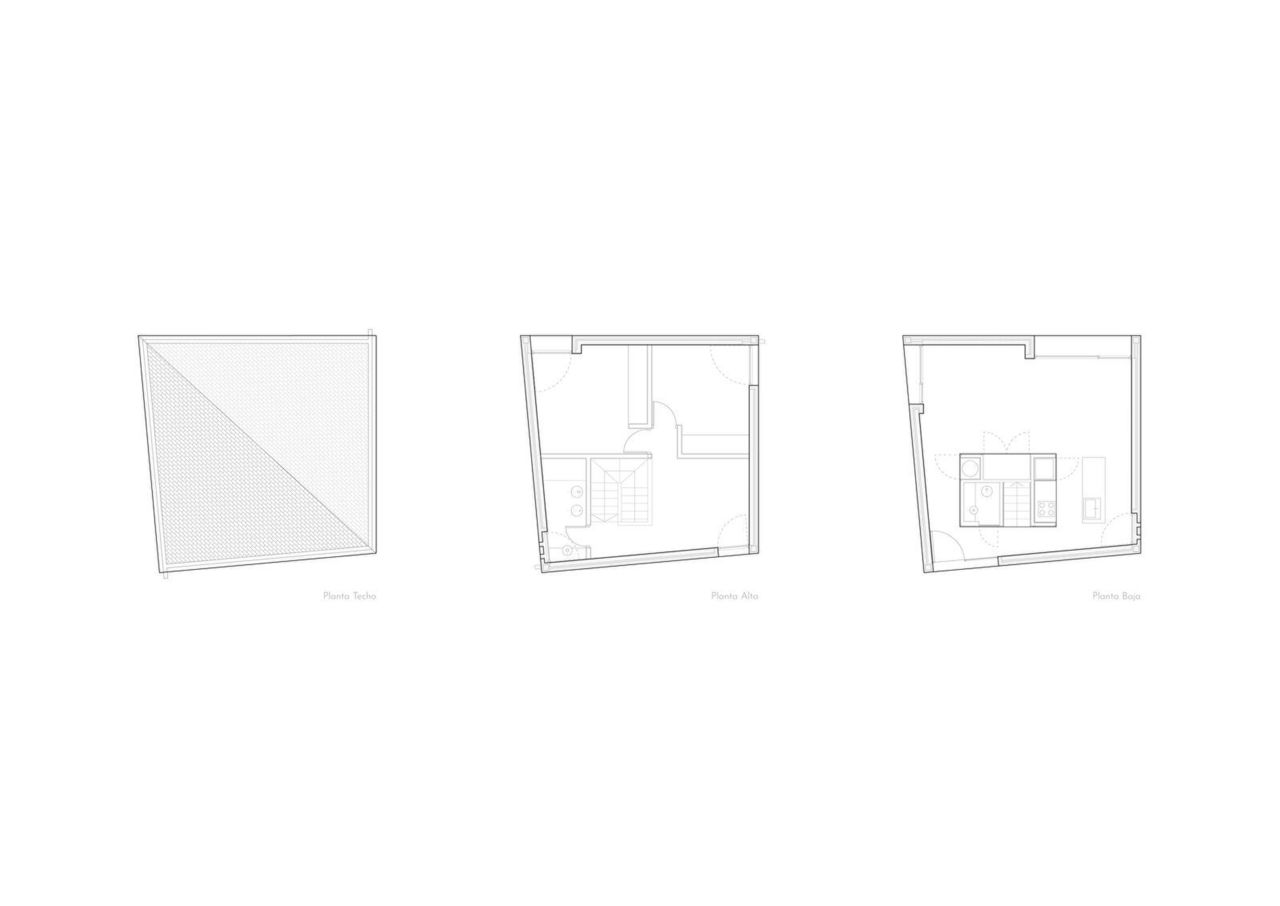 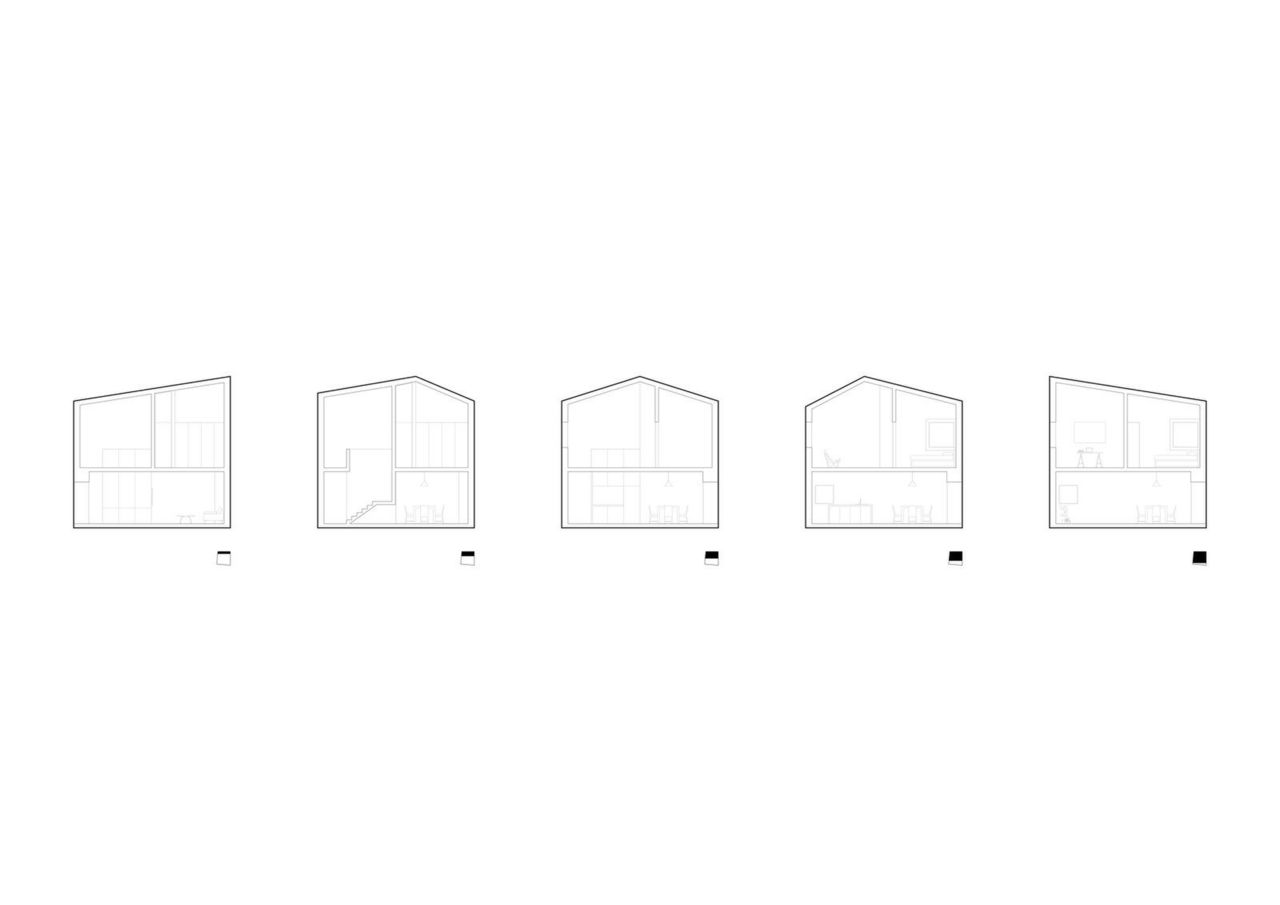 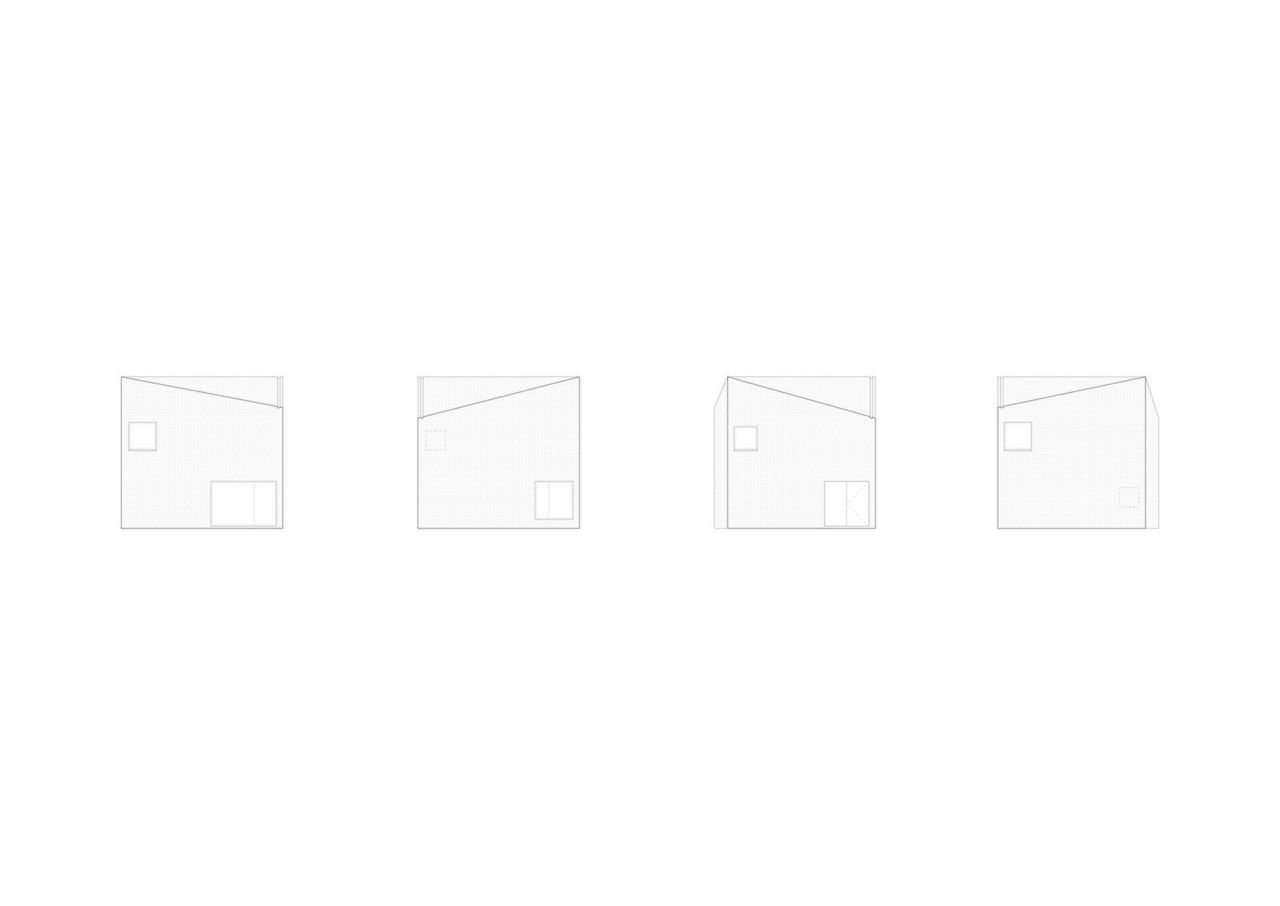 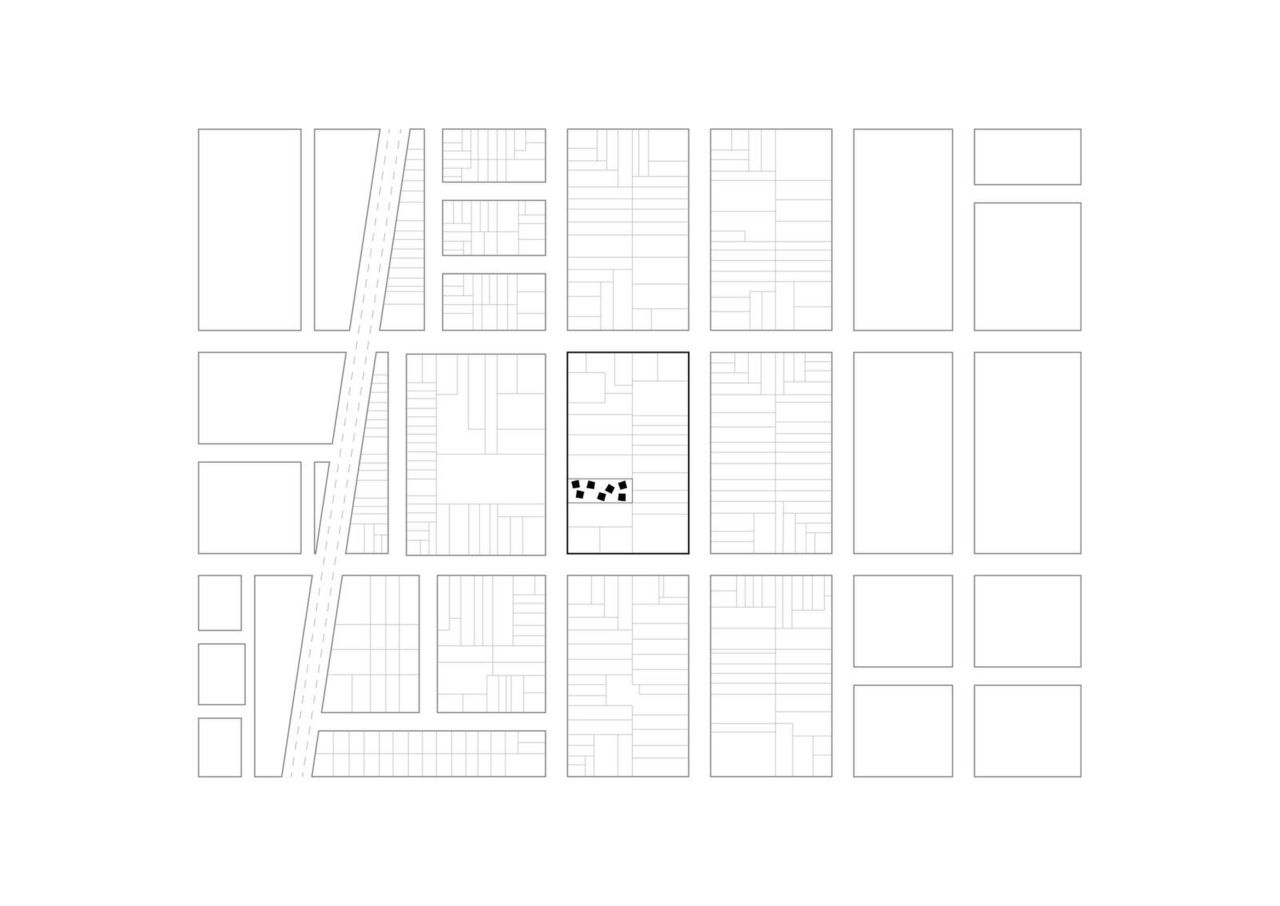