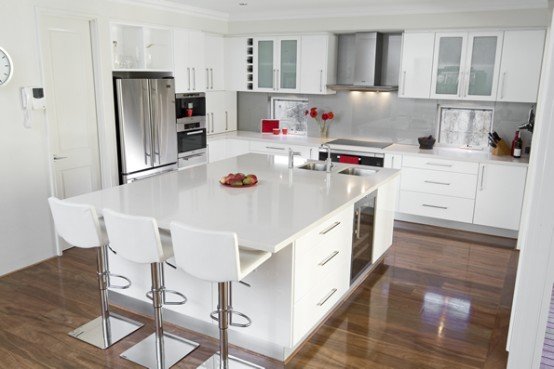 The trend is white kitchen cabinets and furniture. Mostly glossy white. Although it isn’t as new it mostly was used in modern house designs and mostly combined with black color. But Australian designers began to use it with neutral colored walls and wooden floors. Because of floors such kitchens loose in contemporaneity but win in naturalistic. Suck kitchens won both kitchen project of the year and kitchen designer of the year awards. 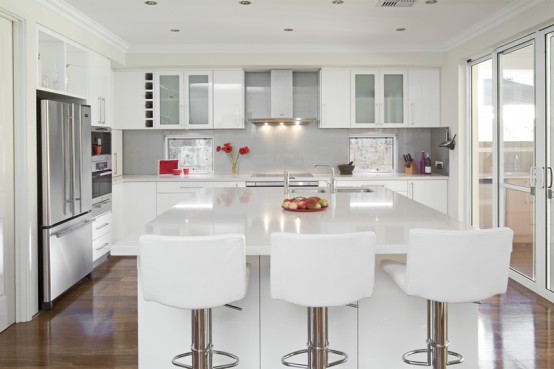 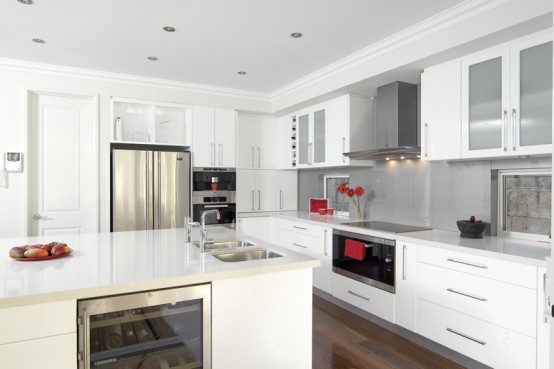 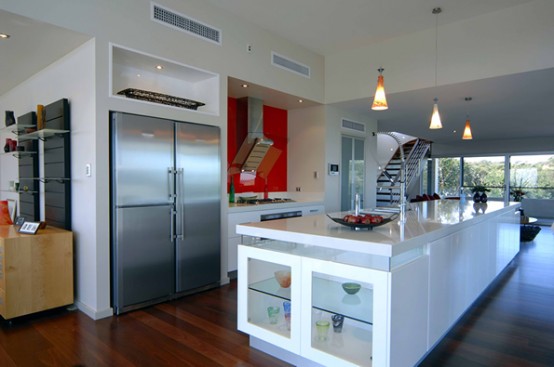