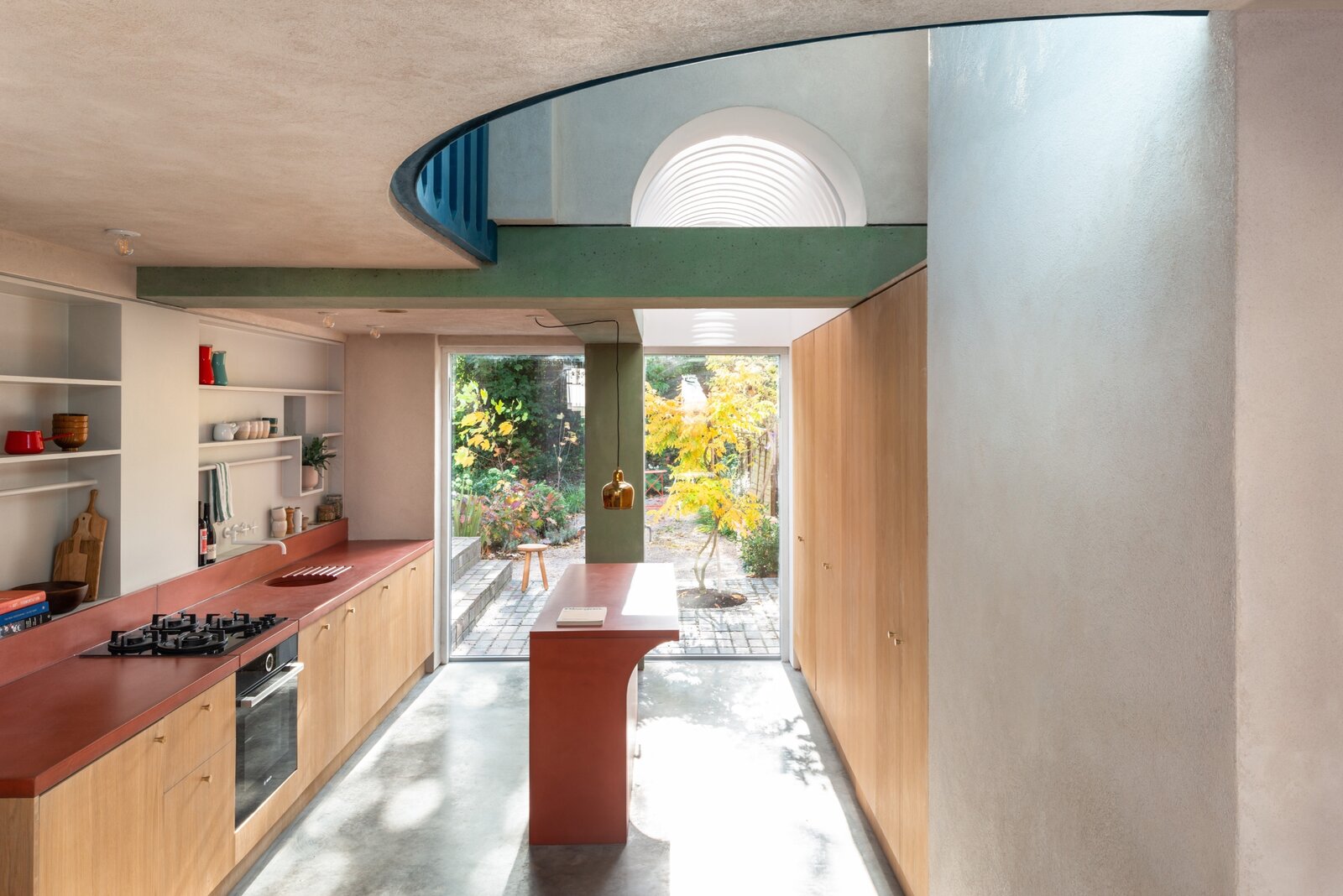 In London, an Old Victorian Becomes a Wonderland of Colored Concrete

For the owners of this Victorian terrace home in north London, it was time for a change. The couple, who’s now retired, had been living here for 30 years, and the roofs were leaky, the kitchen was cramped, and none of the spaces got much natural light. But instead of moving out and moving on, they decided to make an update, which spurred quite a radical new design.

Behind the recent changes is Studio Ben Allen, who took some chances in expanding the rear of the London home. While adding a kitchen and two new bathrooms, the firm and the couple decided to explore off-site fabrication, implementing a series of multihued, patterned concrete rooms that ultimately earned the dwelling a local design award. 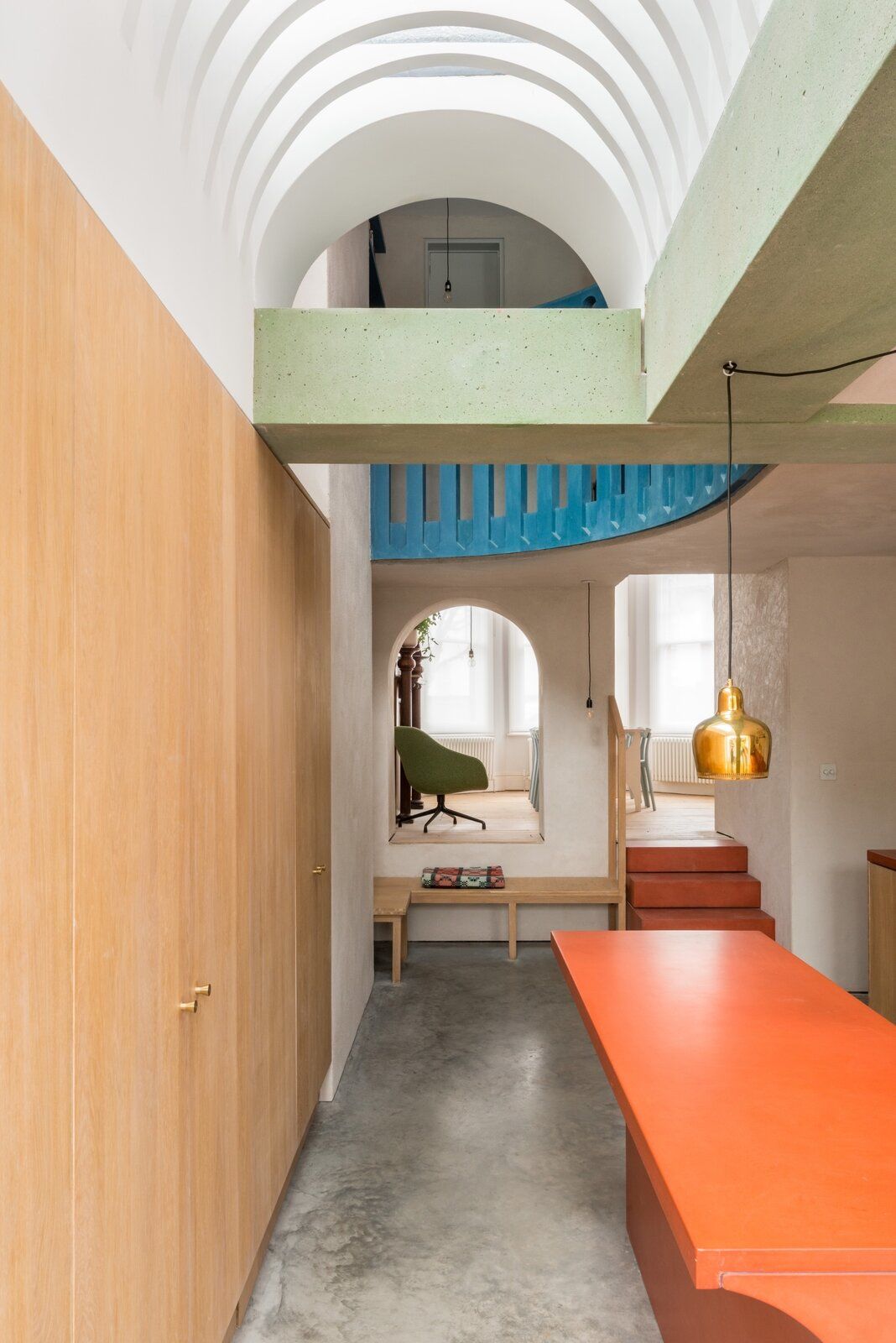 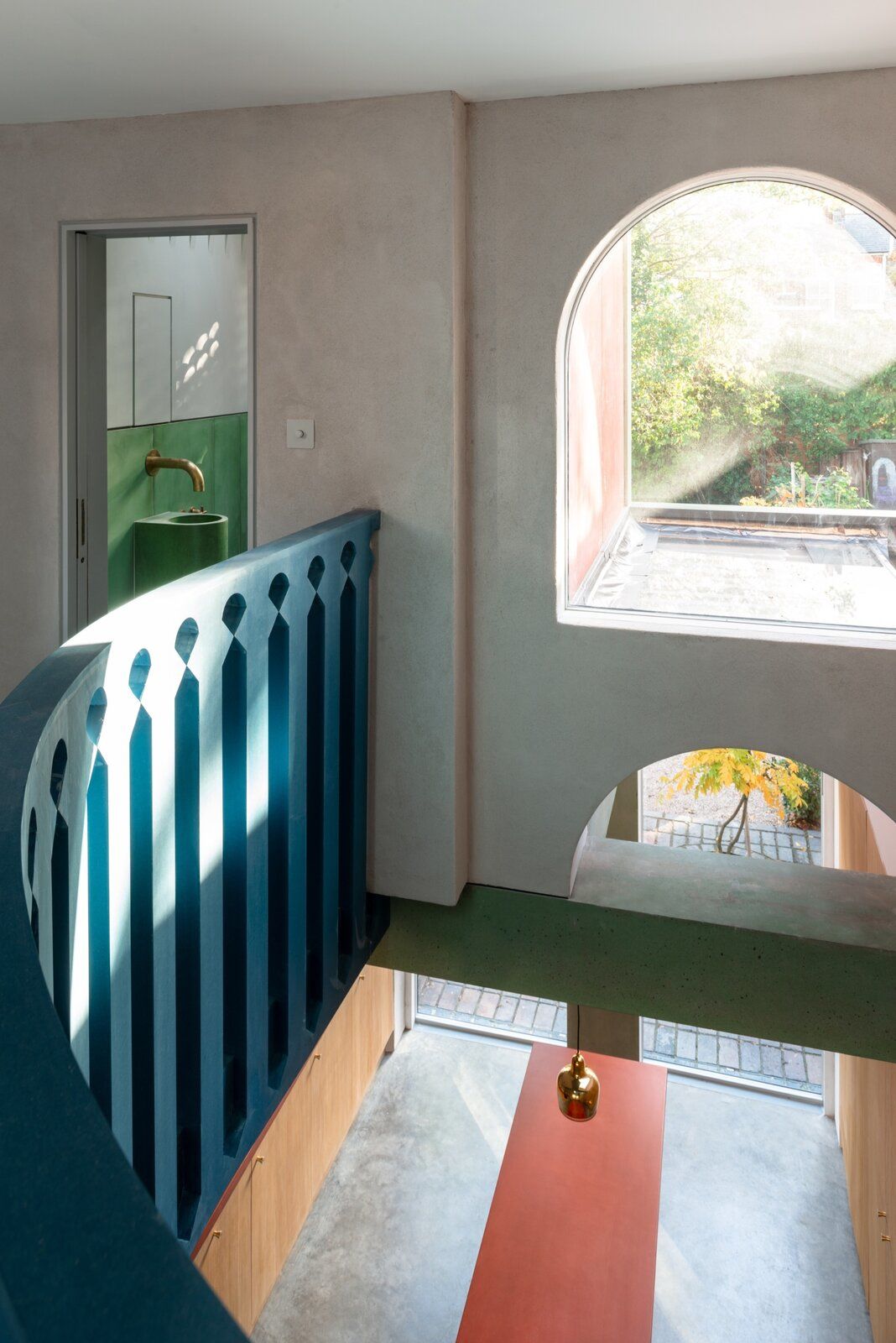 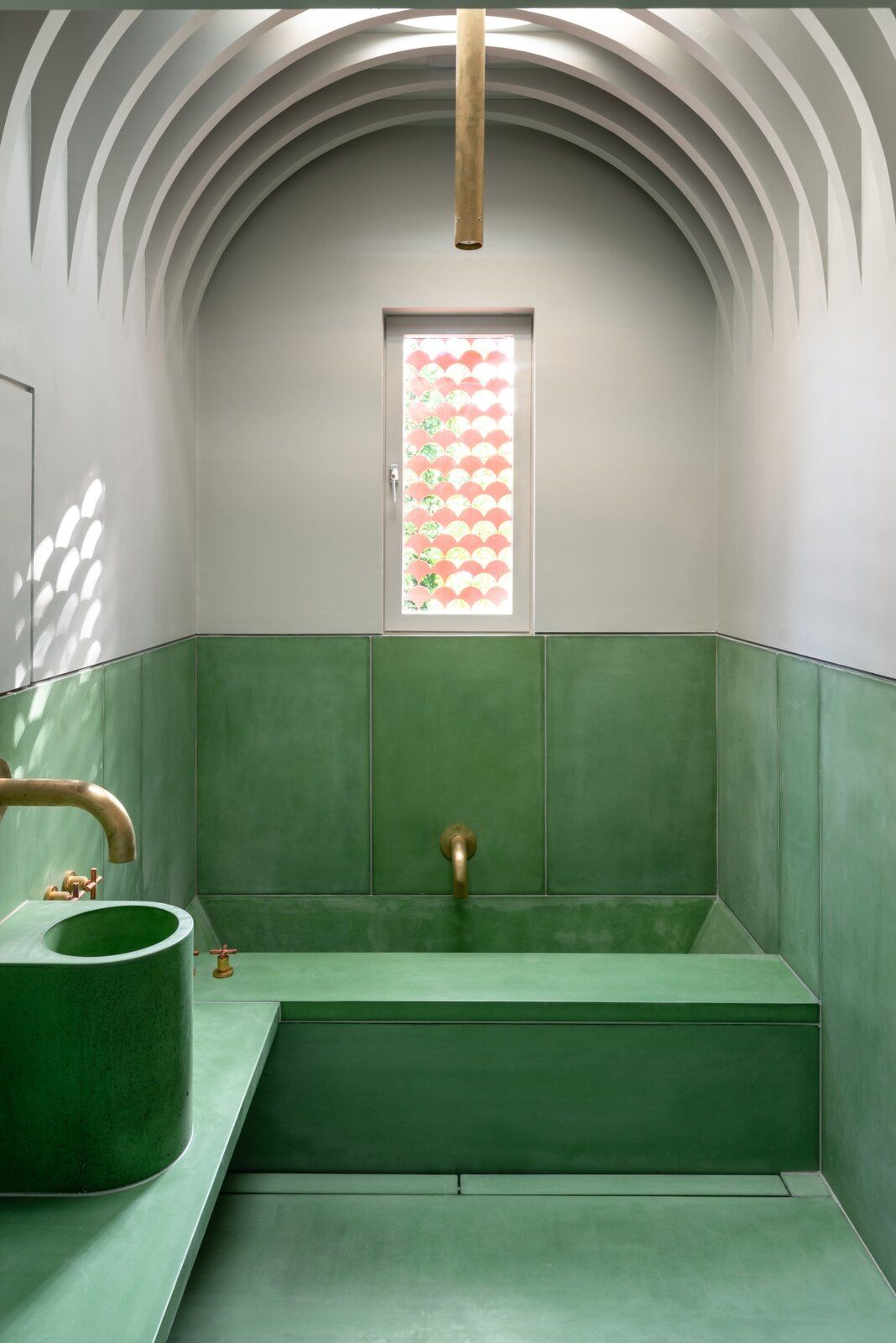 In going prefab, the firm was able to produce compelling results quickly. Three elements of the extension were built off-site before being installed in a matter of days: the exterior and structural concrete, which includes patterned brickwork, the non-structural concrete elements (like the kitchen counter and bath), and the balustrade.

Mirroring the pattern of the street-facing facade, the balustrade is cut from color-dense, wood fiberboard sheet material. It was delivered to the site as an easy-to-assemble kit. "It was fully designed-including preparation of all data-for the cutting machine," explains Allen. "It was delivered as a series of flat-pack components and assembled by the joiner on-site. Only glue and dowels were needed for the assembly and no cutting other than dowel holes was required." 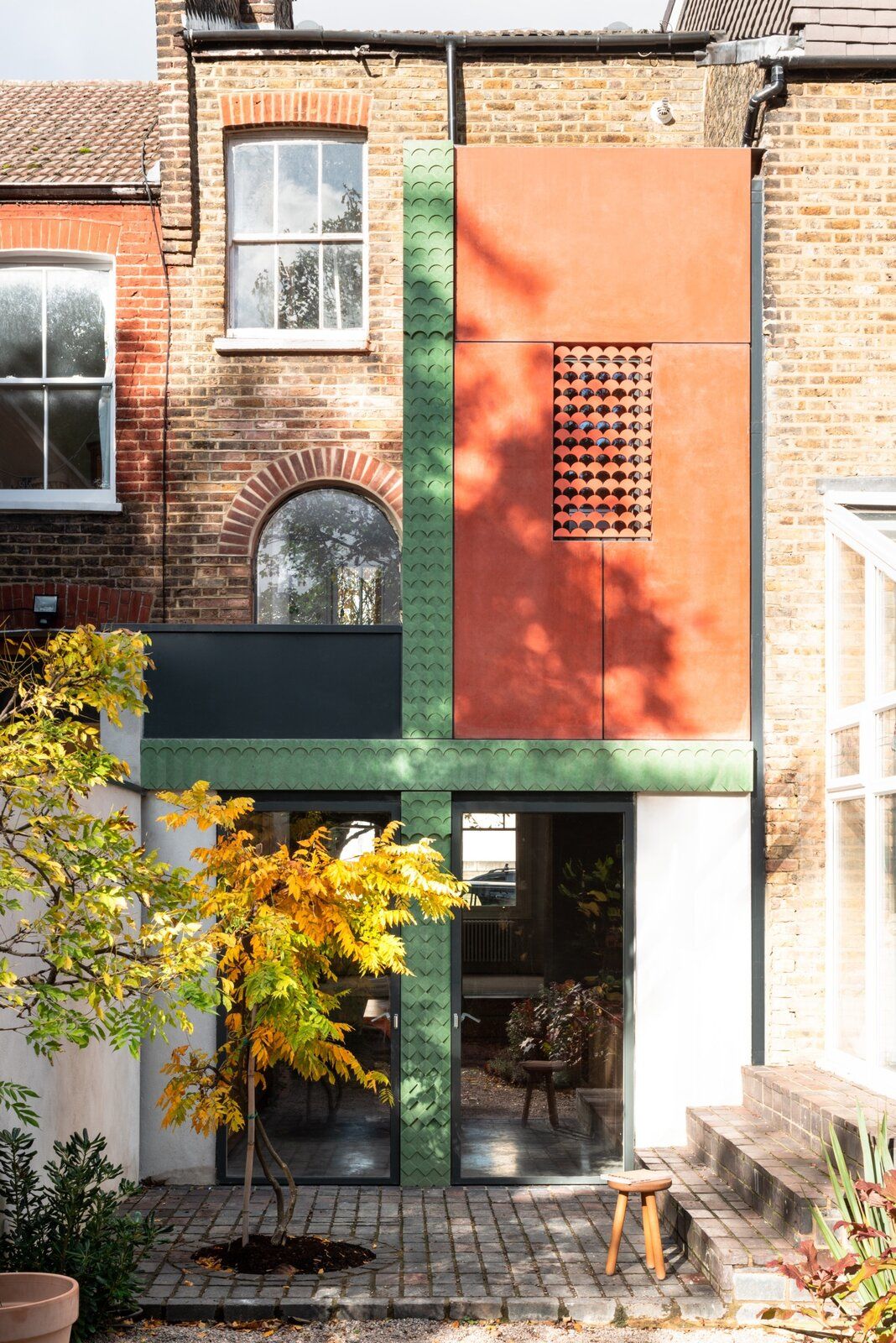 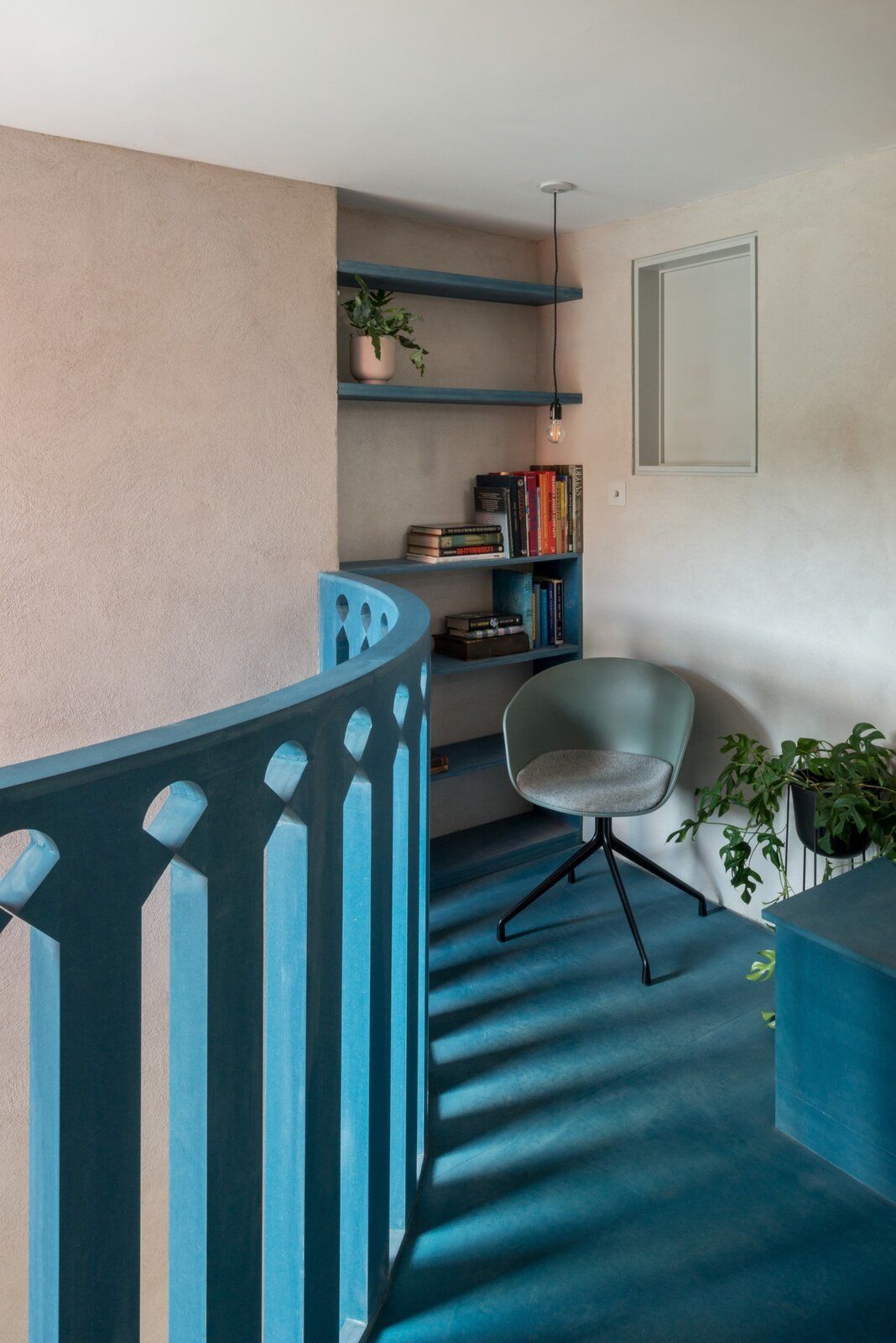 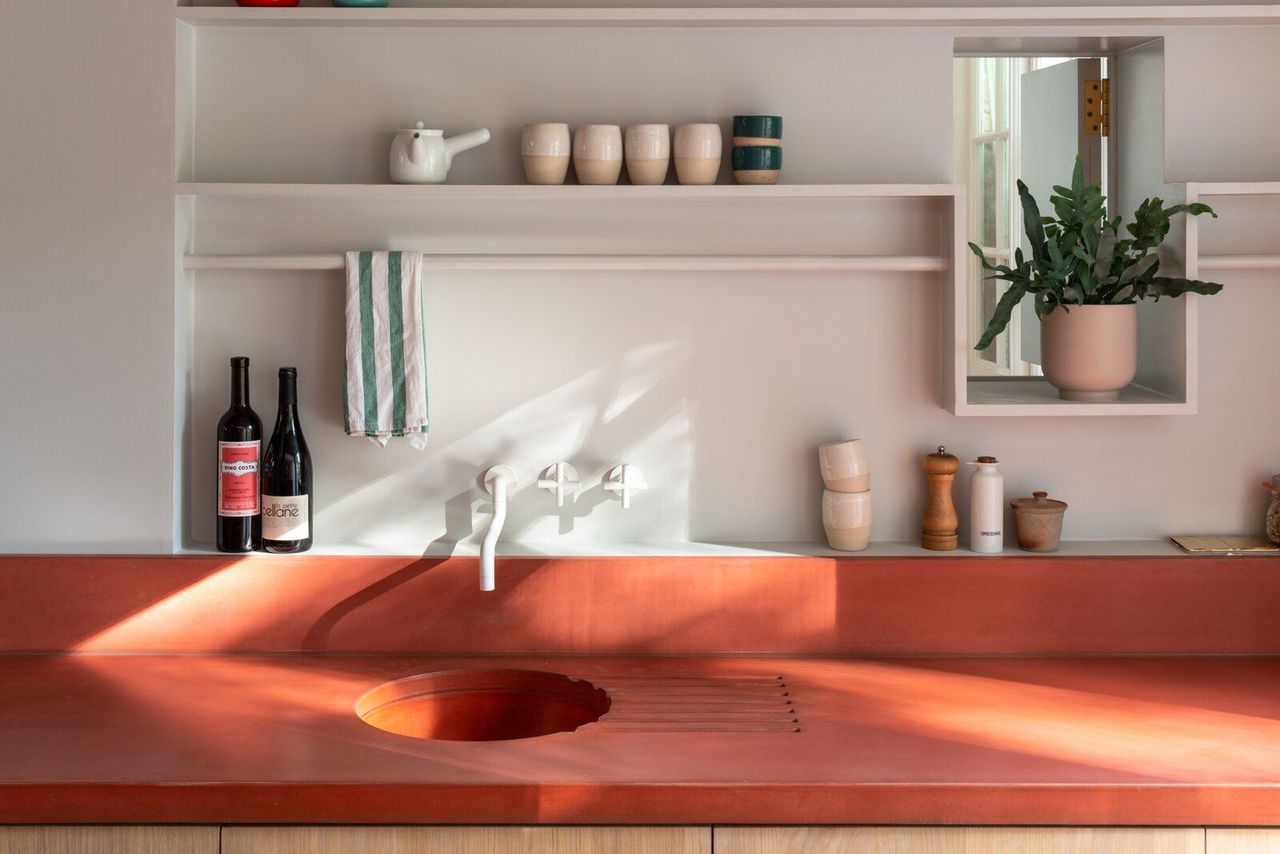 Whimsical in nature, the entire update-including stairs, counters, floors, and benches-is swathed in a chromatic series of pigmented concrete. Green, blue, and red complement an otherwise neutral palette of wood and white paint. Beams and columns in a mossy green form a framework for salmon-hued structural wall panels in the first-floor bathroom.

An arch motif ties together the renovation. In the kitchen and the bath, skylights hang above ceilings with curving, rhythmic slices to provide each space with diffused light. Another arch is cut out of the wall that divides the dining area from the kitchen, creating a sight line all the way to the terrace. On the mezzanine, an arched window overlooking the backyard mimics the shape of the ceiling. 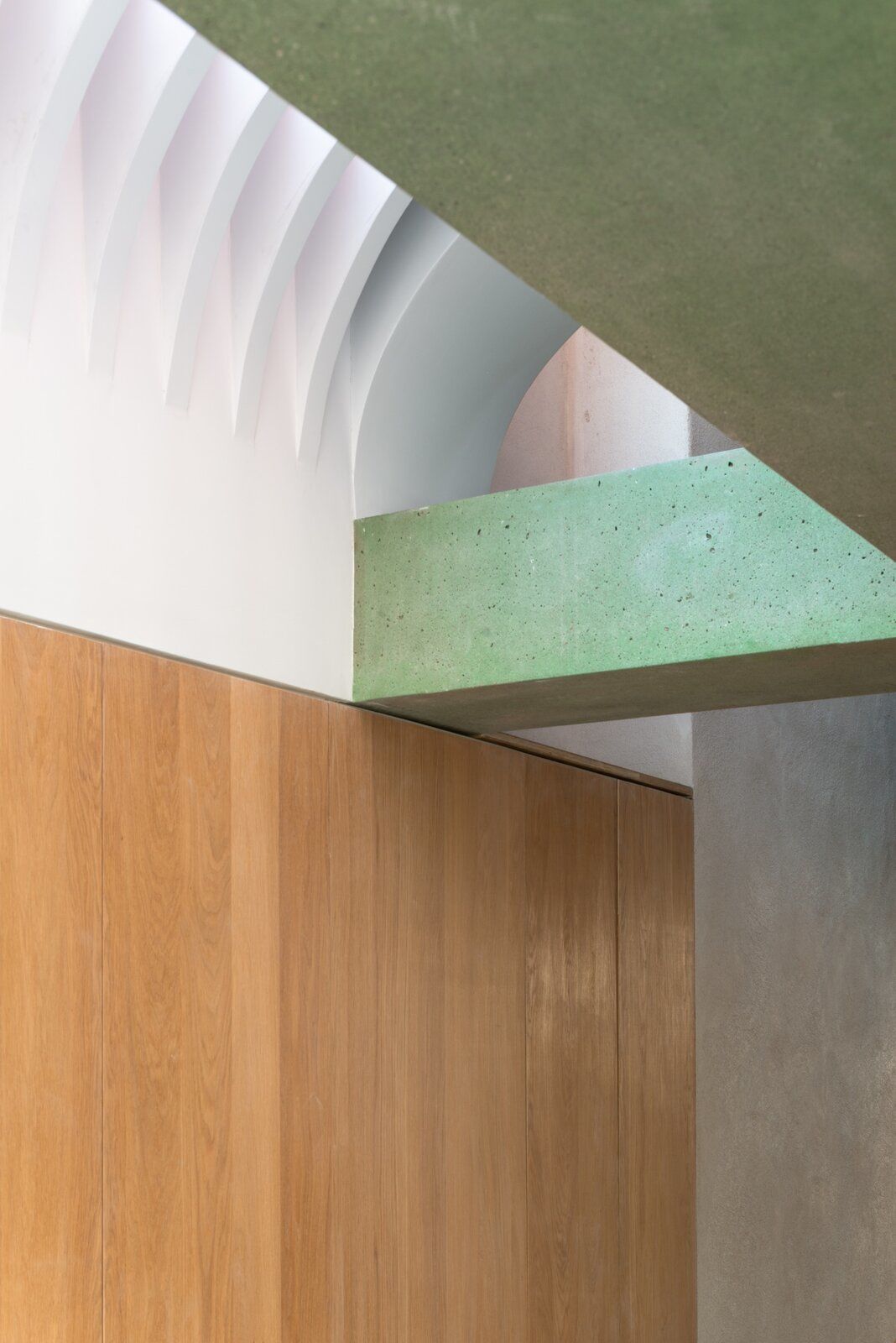 "We were keen that views out were focused on the back garden (or in the case of the bathroom, were screened altogether)," says Allen, "where the changing greenery is a constant source of interest, as opposed to the soft gray English skies. When the sun does shine, multiple shafts of light move around both rooms, animating the space." 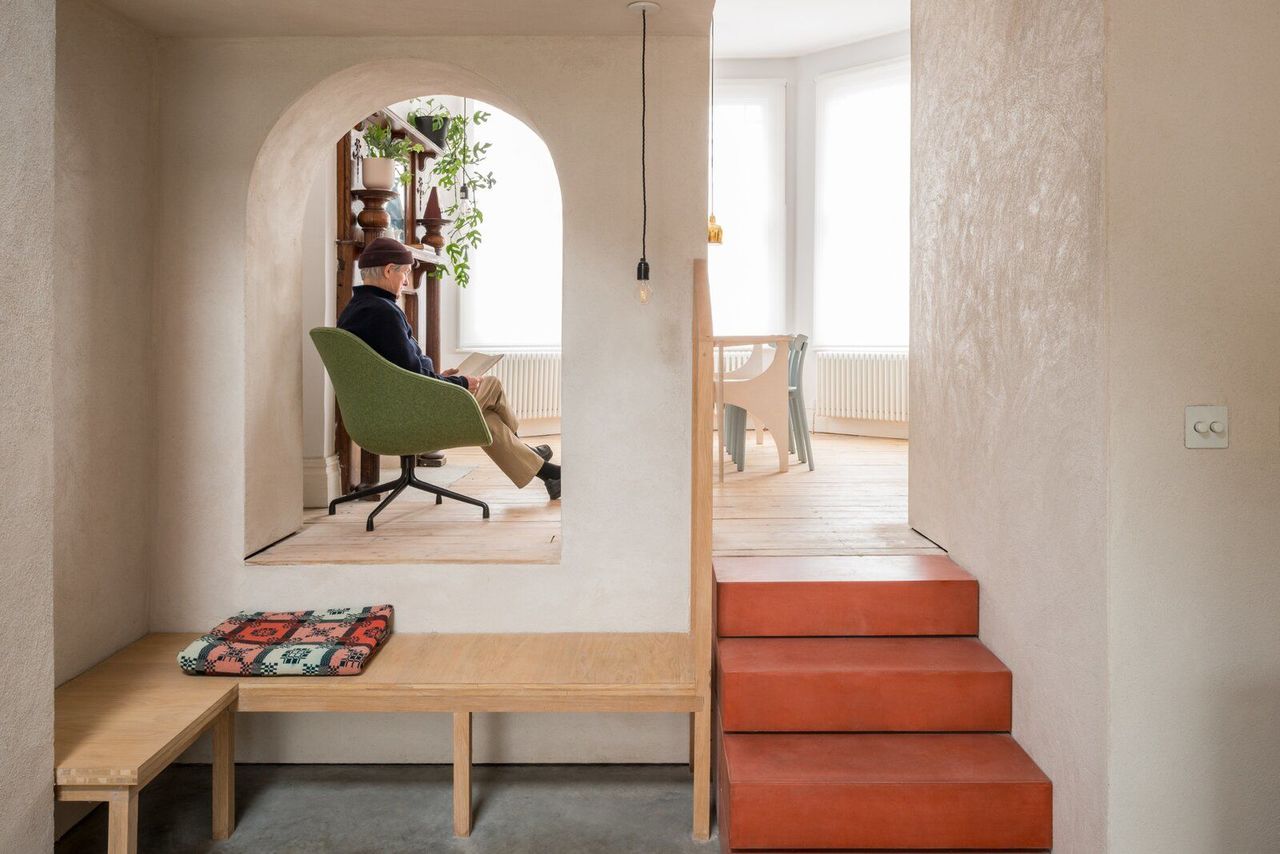 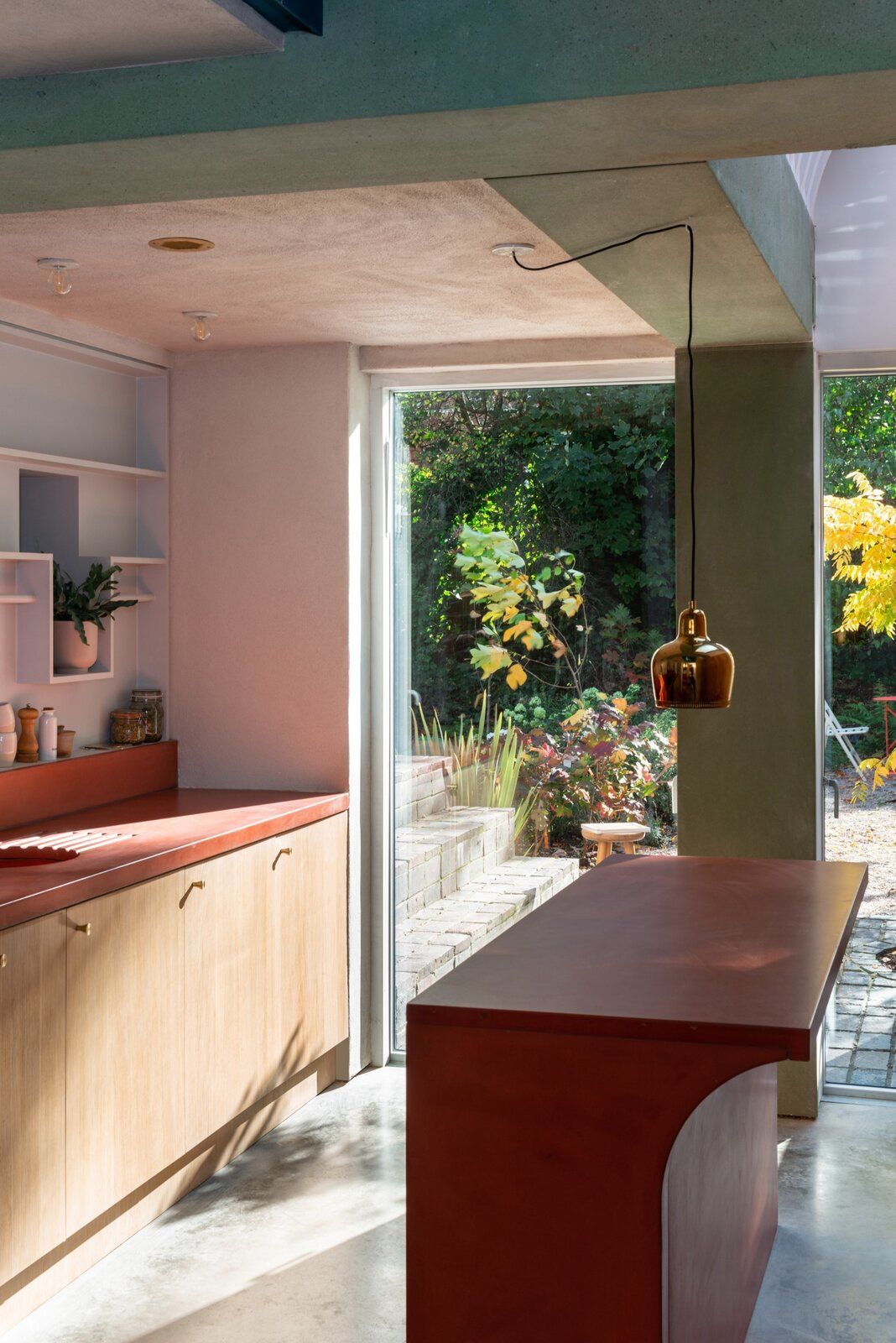