John Lautner is one of the most famous names in Los Angeles architecture-renowned for iconic structures such as the Chemosphere and the Sheats-Goldstein residence-but he didn’t only design homes with large budgets. In 1954, the Frank Lloyd Wright protégé built a more humble abode for his bookkeeper, Lorena Deutsch, and her husband George, a woodworker and cabinetmaker.

Set in the Hollywood Hills with sweeping views across Los Angeles (including the Hollywood sign), the Deutsch House was completed early in Lautner’s career-yet the home displays many elements that would come to characterize the midcentury architect’s work. 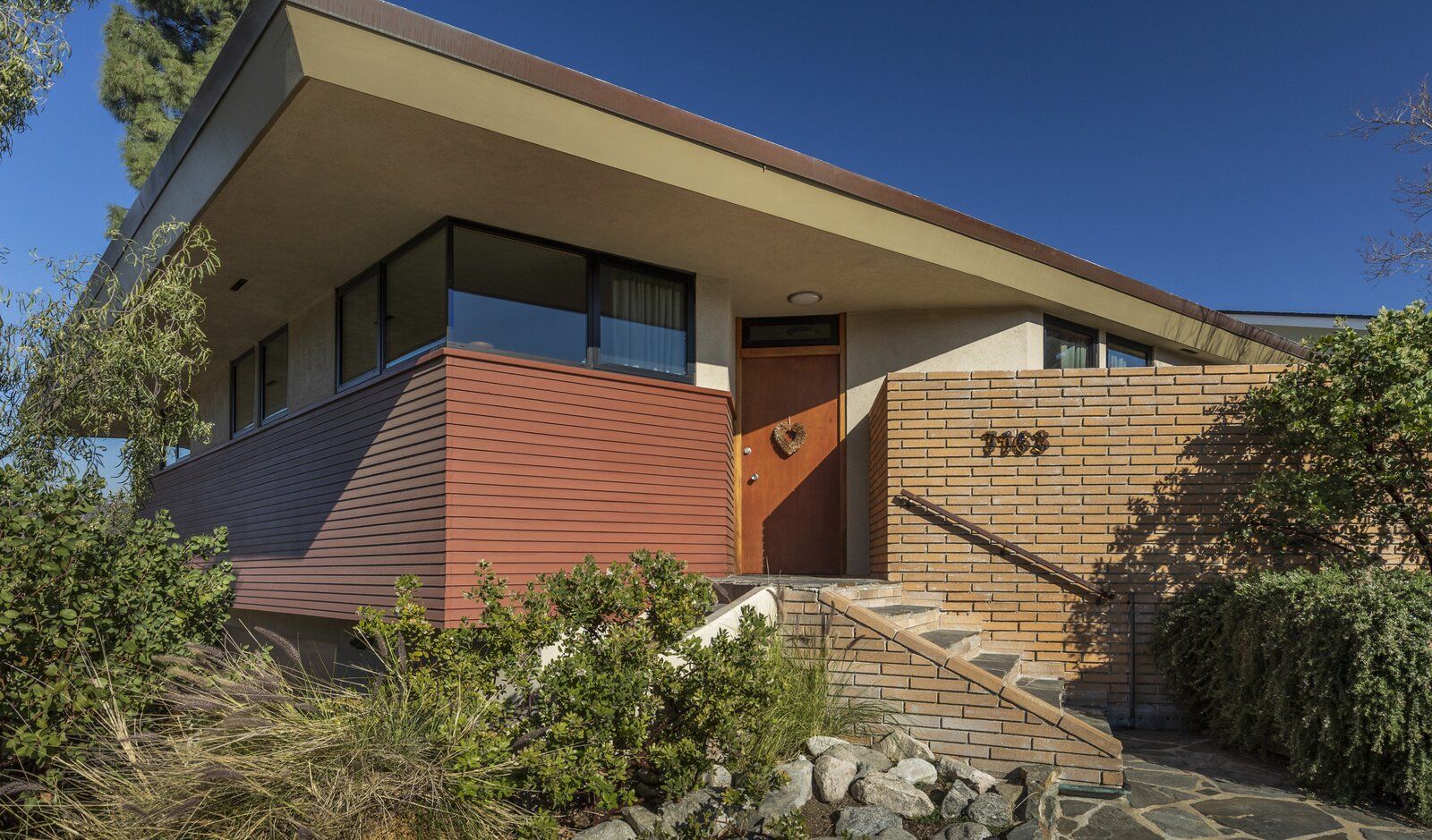 The midcentury modern house in the Hollywood Hills offers extraordinary views of the mountains, the Hollywood sign, and city lights.

Although George was a cabinetmaker (he worked on the house across the street, 7158 Macapa, as well as other homes in Los Angeles), Lautner tasked his favorite contractor, John de la Vaux-a master craftsman and a boatbuilder-to take on the project. According to Deutsch House lore, the couple were honored to have de la Vaux work on their home-and the boatbuilder’s handiwork gives the home its signature nautical vibe. 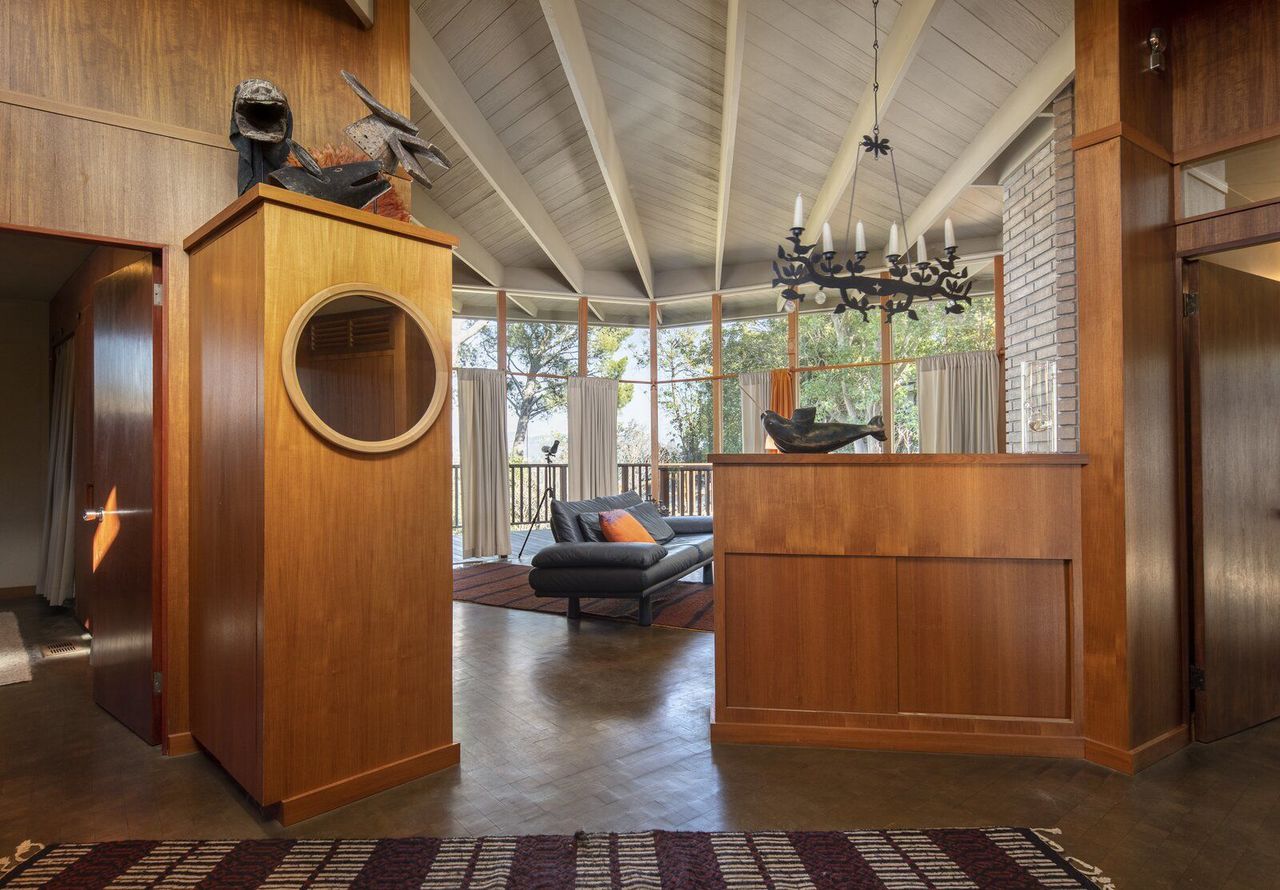 In 2003, after years of disrepair, a renovation stripped layers of paint from the home’s brick and wood-paneled walls to return the interiors to their original character. Originally built as a one-bedroom home, the 1,720-square-foot residence now features two bedrooms and three baths, a light-filled living room, a wood-paneled den, a kitchen with original cabinetry, and a storage area on the lower level.

George’s former workshop on the lower level was converted into a second bedroom and bathroom when the home was restored-although the design team preserved an oil stain in the corner of the room as an homage to the original homeowner. Scroll ahead for a look inside. 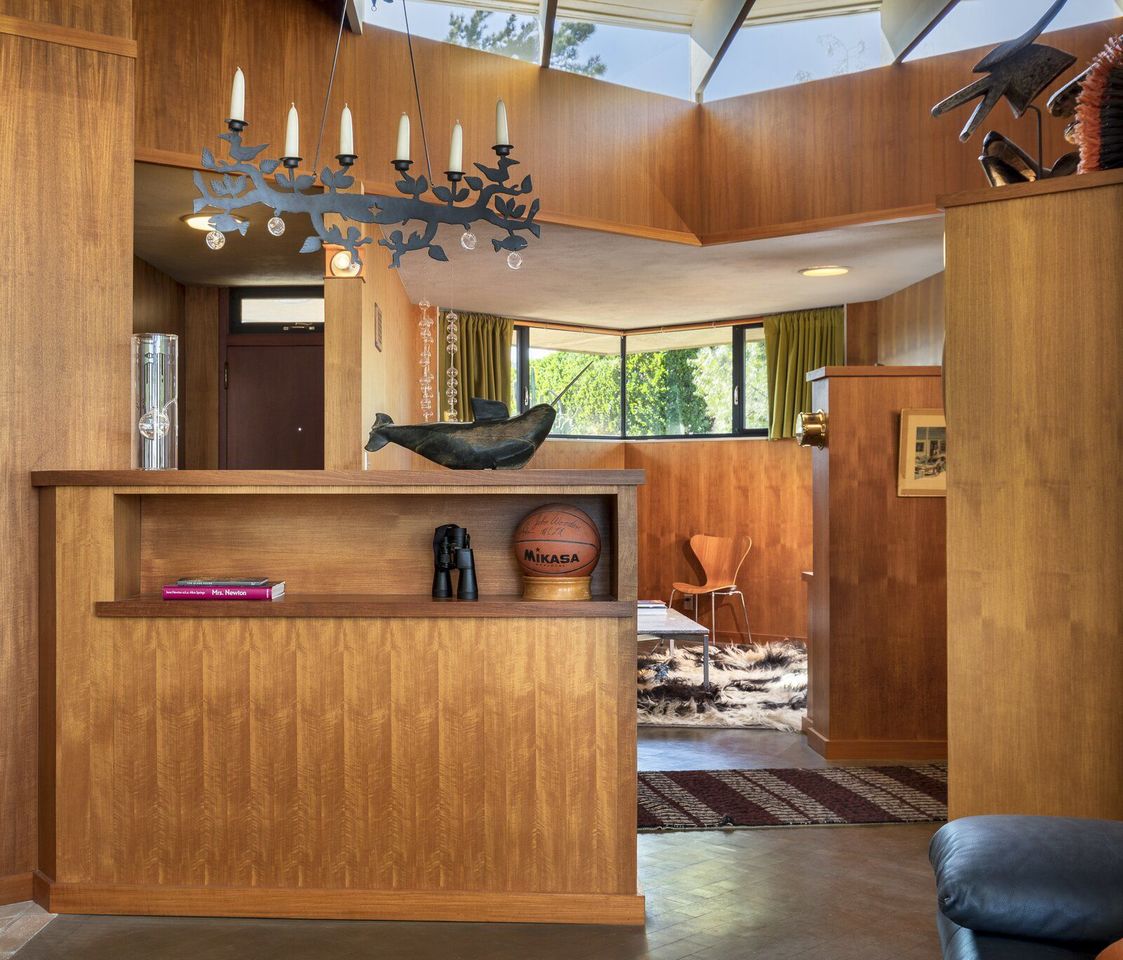 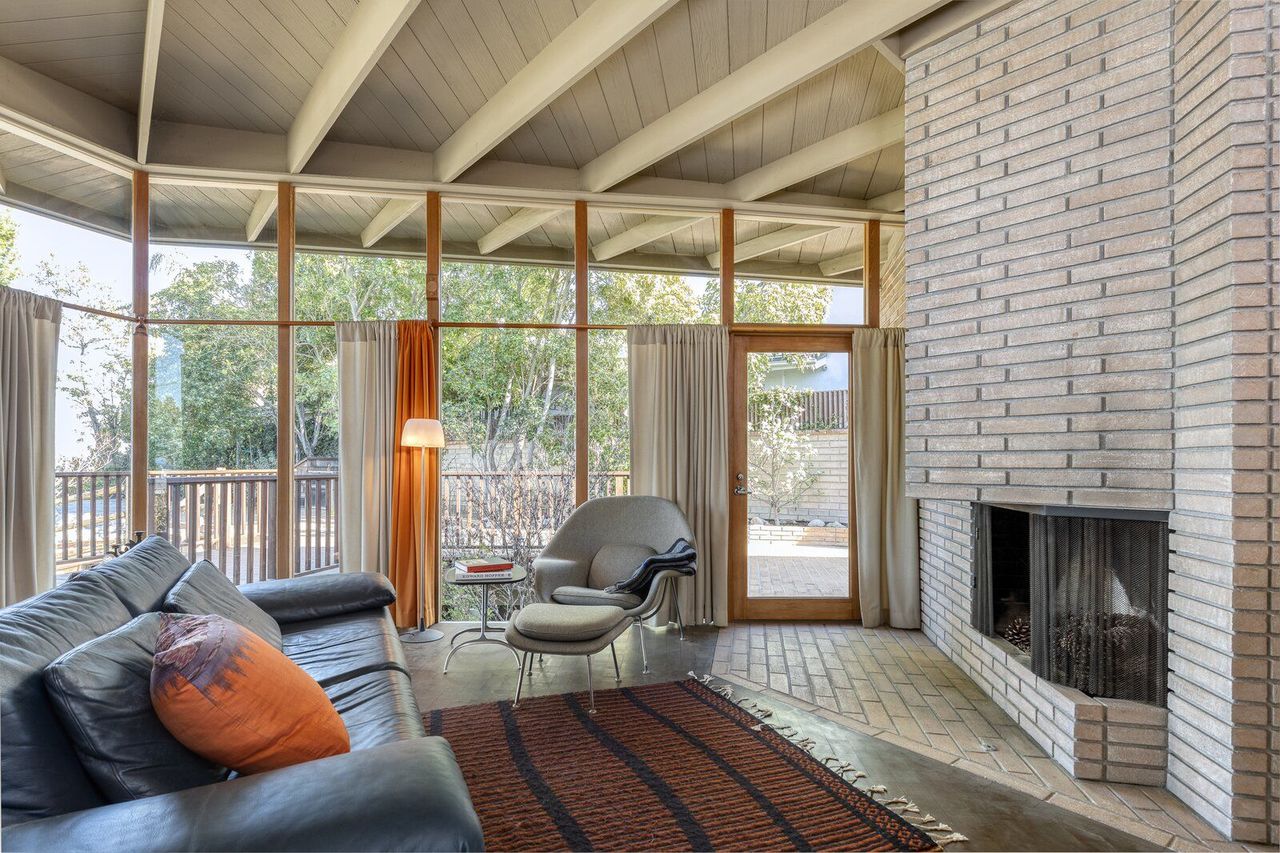 A buff brick fireplace anchors the open living space, which is wrapped in walls of glass. The home was renovated in 2003 after having fallen into disrepair. The update brought back the home’s authentic period charm. 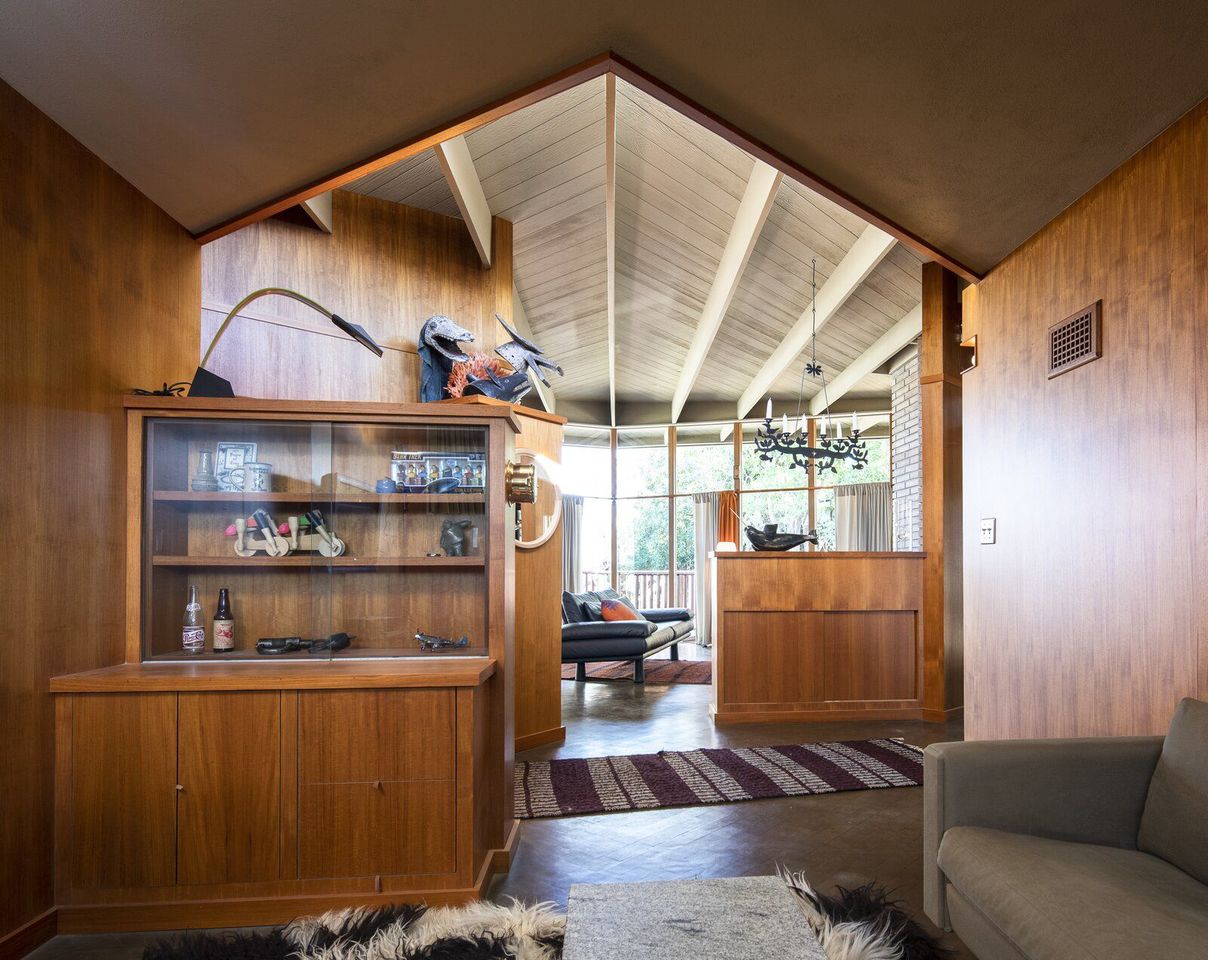 The renovation stripped layers of paint from the home’s wood-paneled walls, returning them to their original glory. The main floor has a living room, den, kitchen, bedroom, and one and a half baths. The lower floor has a second bedroom, bathroom, storage/office space, and two-car garage. Photos by Shawn Bishop 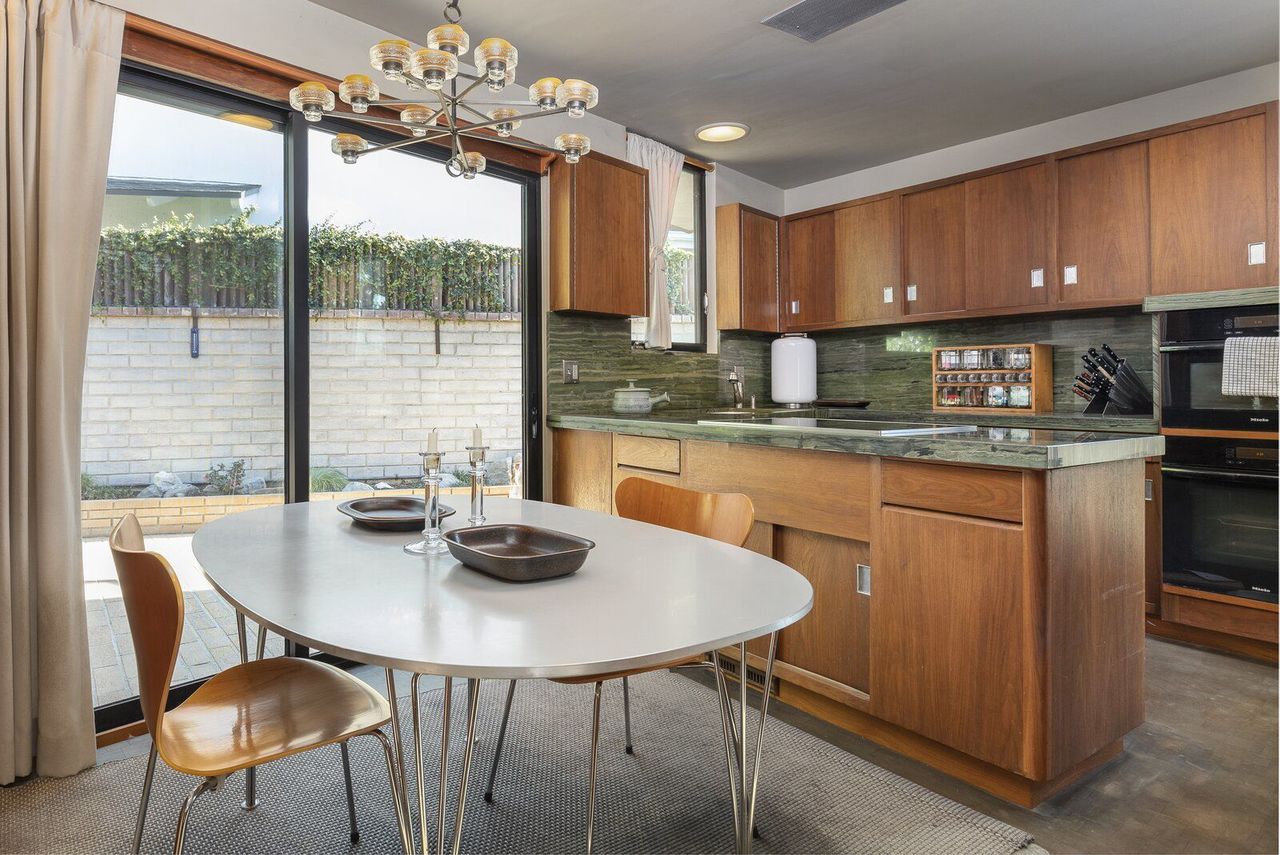 The kitchen cabinetry is original, while the appliances and countertops have been updated. Another look at the fully restored kitchen cabinetry. 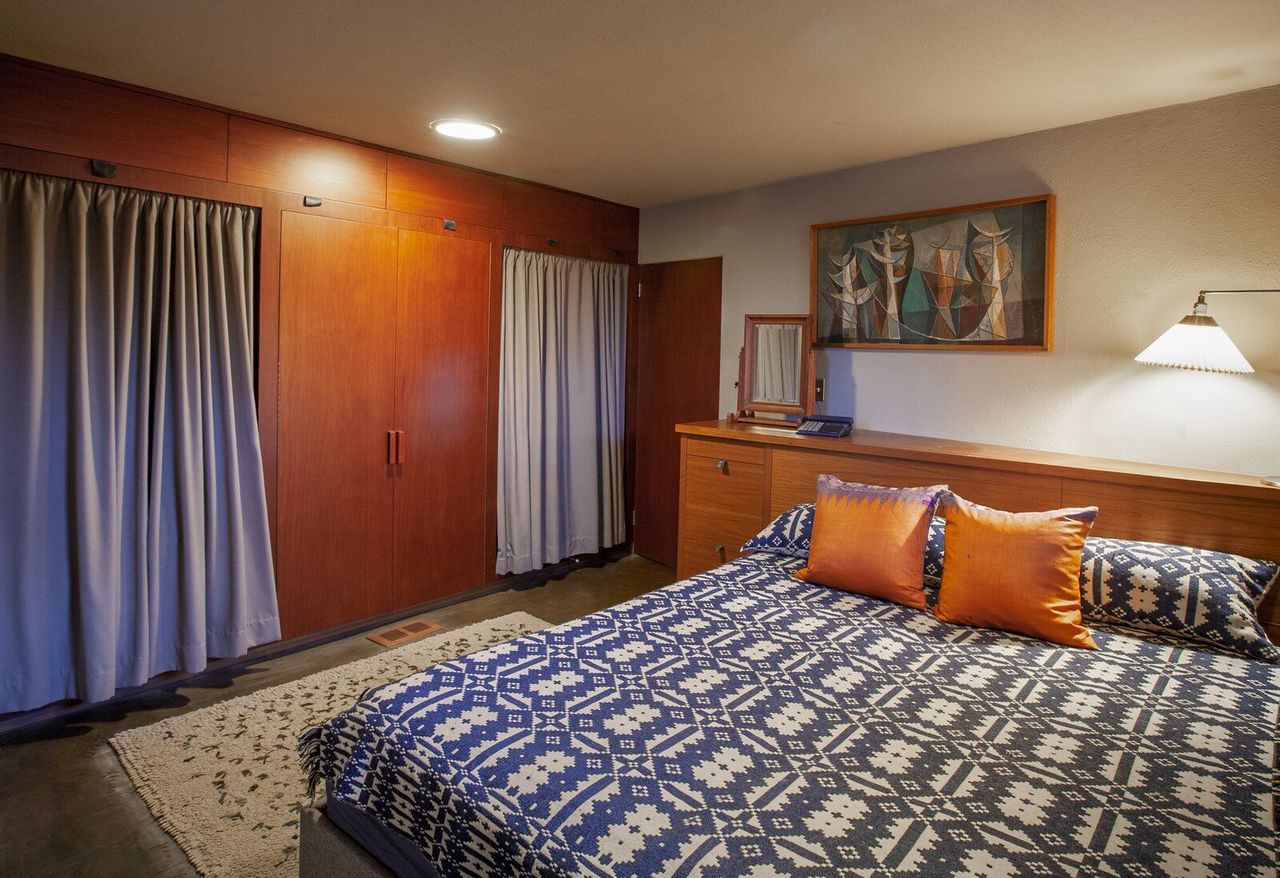 The primary bedroom has a very nautical feel. 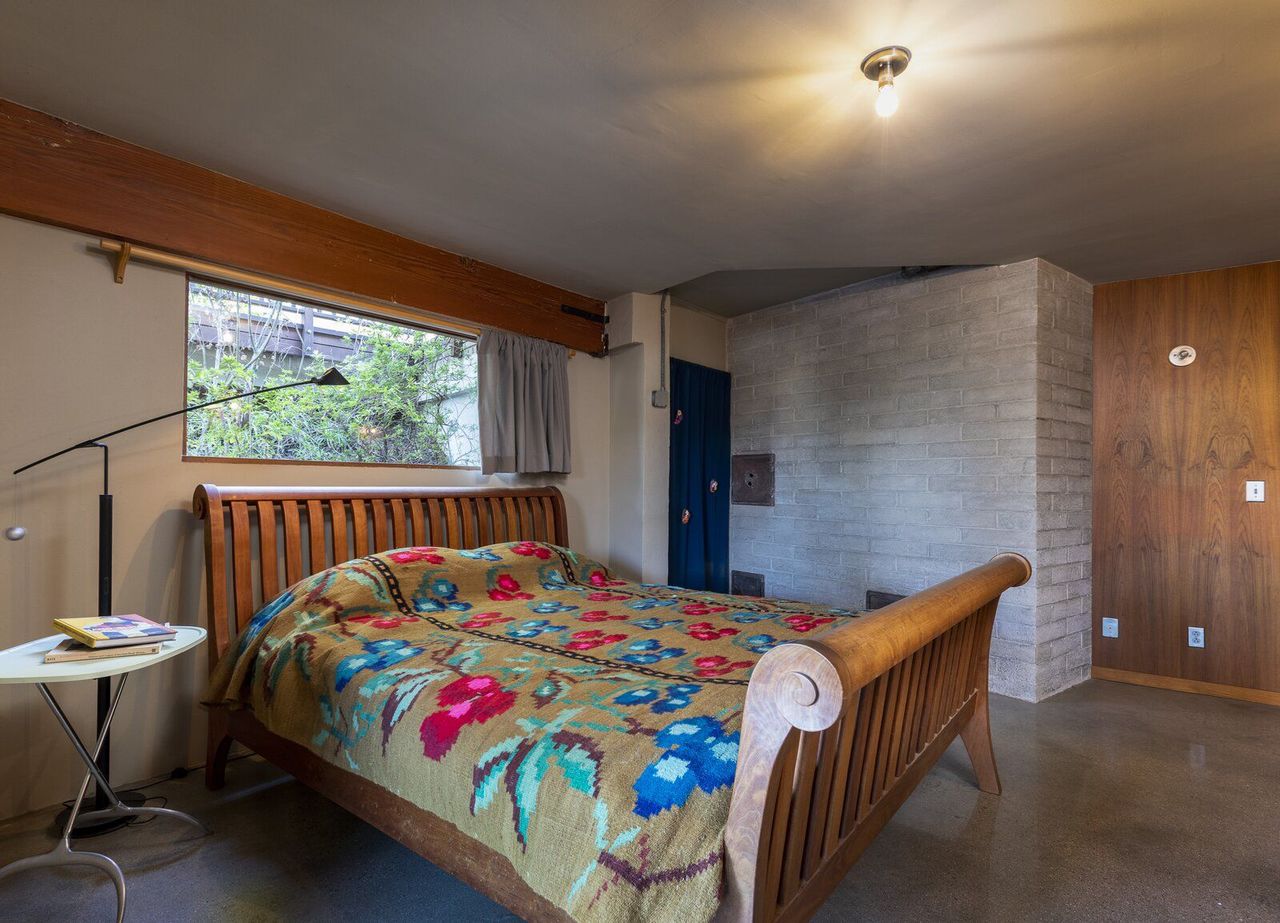 This downstairs room originally served as a workshop for George Deutsch-although it was converted into a second bedroom when the home was renovated. An oil stain in the corner pays homage to the room’s original use. 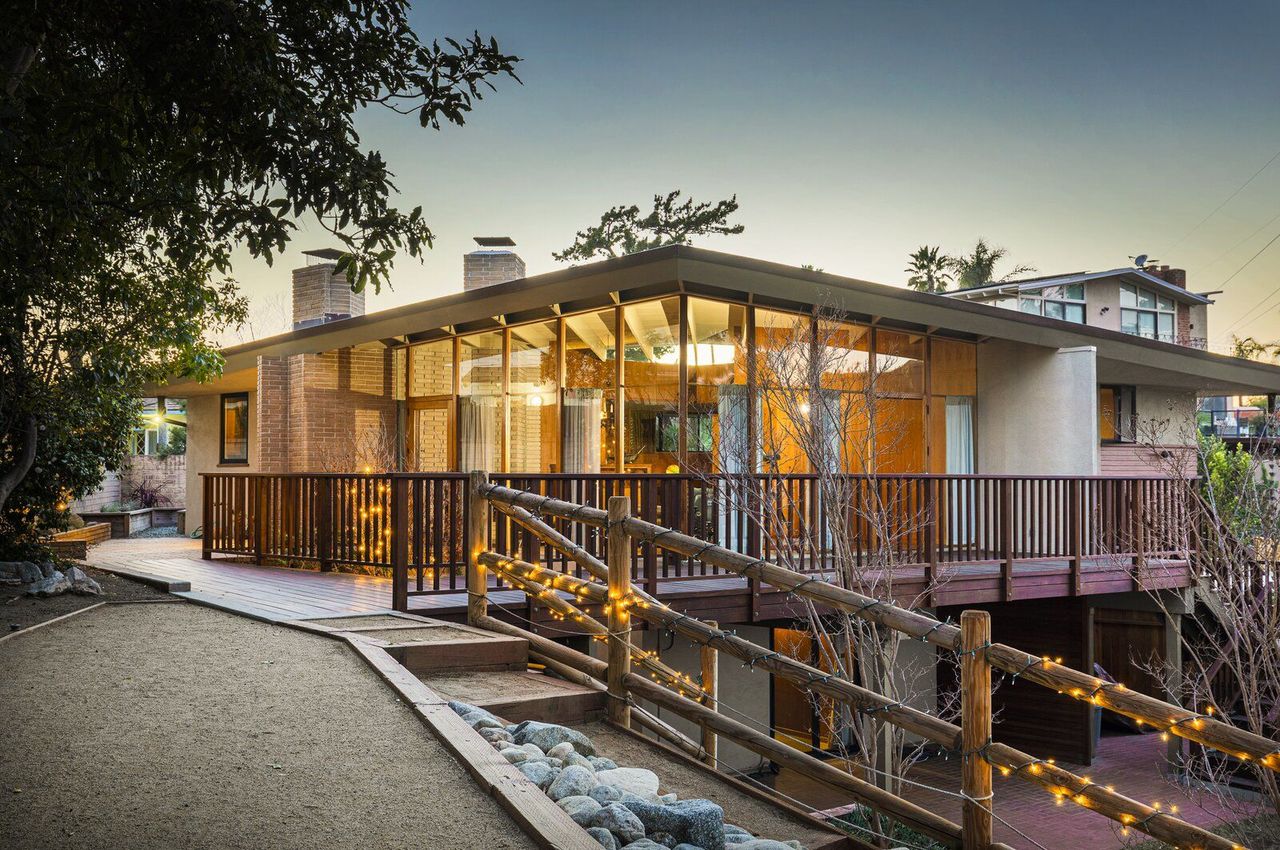 A sunny spot in the yard offers a panoramic view of the city. 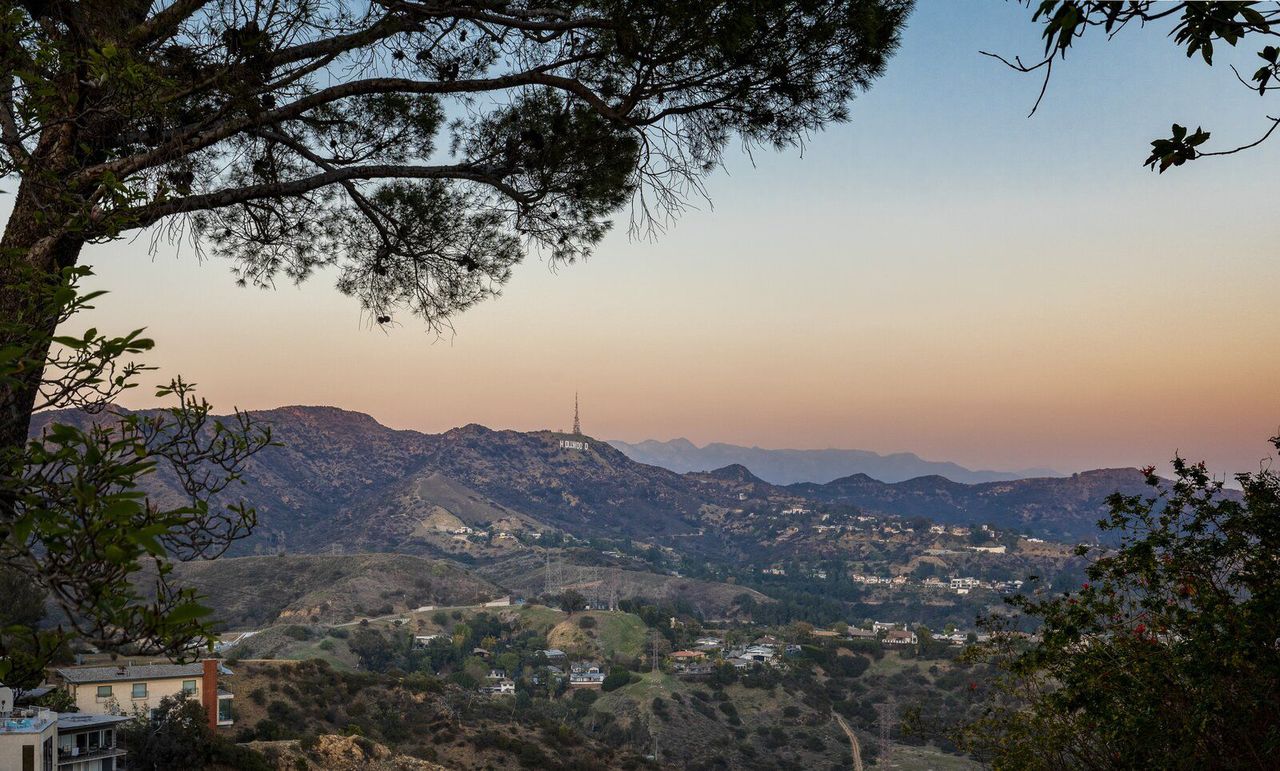 The Hollywood sign can be seen from the home’s backyard.