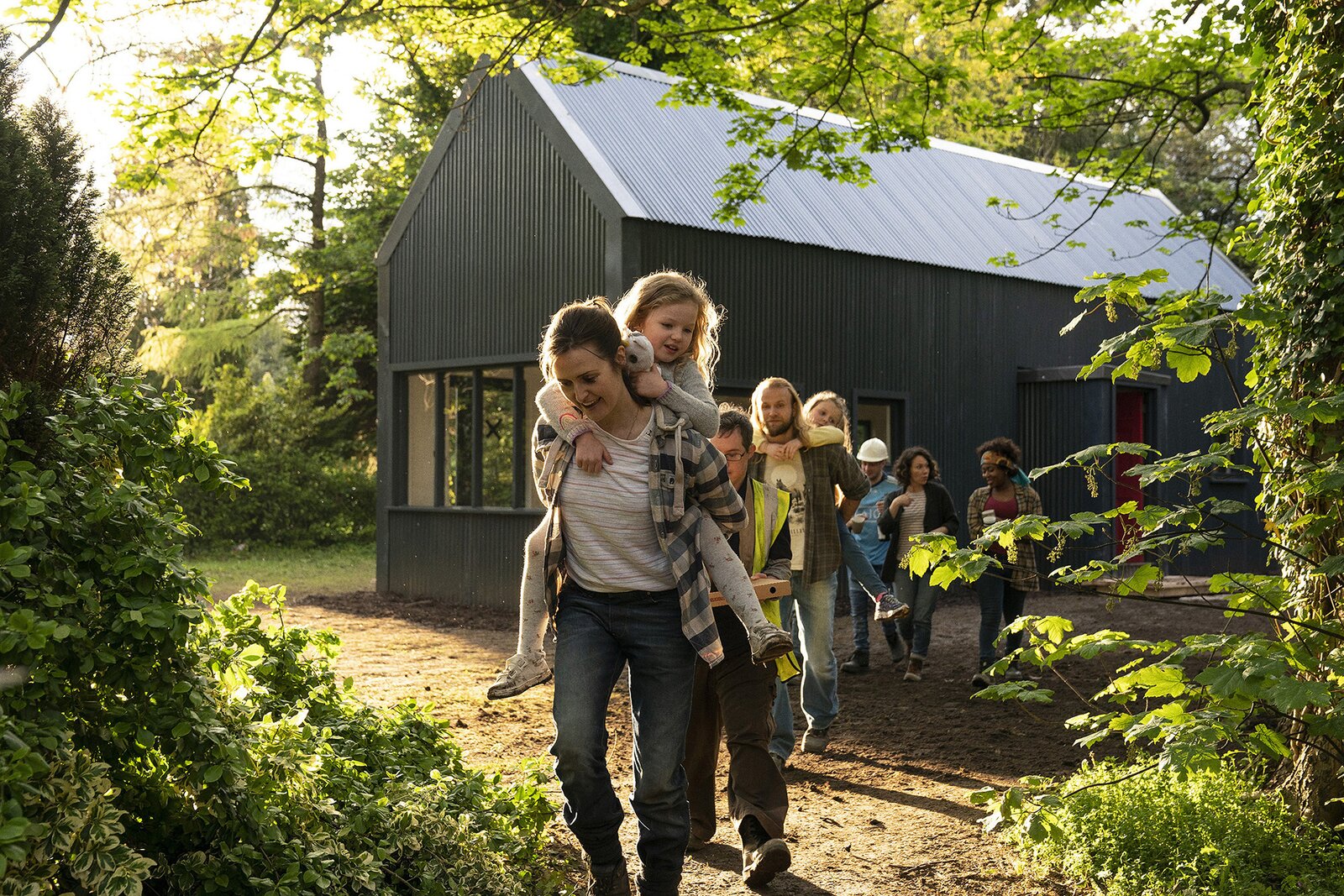 Carpenters use the adage "measure twice, cut once" as a reminder to double-check before committing-and it’s uttered by a character in the new film Herself (2020) to a group of novice builders. But it’s also an apt metaphor for the entire journey of Sandra (played by Clare Dunne), a single mother in Dublin trying to solve her housing problem. The saying cautions her to plan and prepare-then take action.

Having left her violent husband, Sandra has to declare herself homeless to qualify for government assistance. She is put up in an airport hotel, where she has to use the "poor door" to access the room she shares with her two daughters while she waits for her number 653 to come up on the public housing list. (Due to a dearth of available housing stock, Dublin has become one of the most expensive cities in the world-pricier than Tokyo, Sydney, and Singapore. Pre-pandemic, the number of people without housing had quadrupled in five years.) 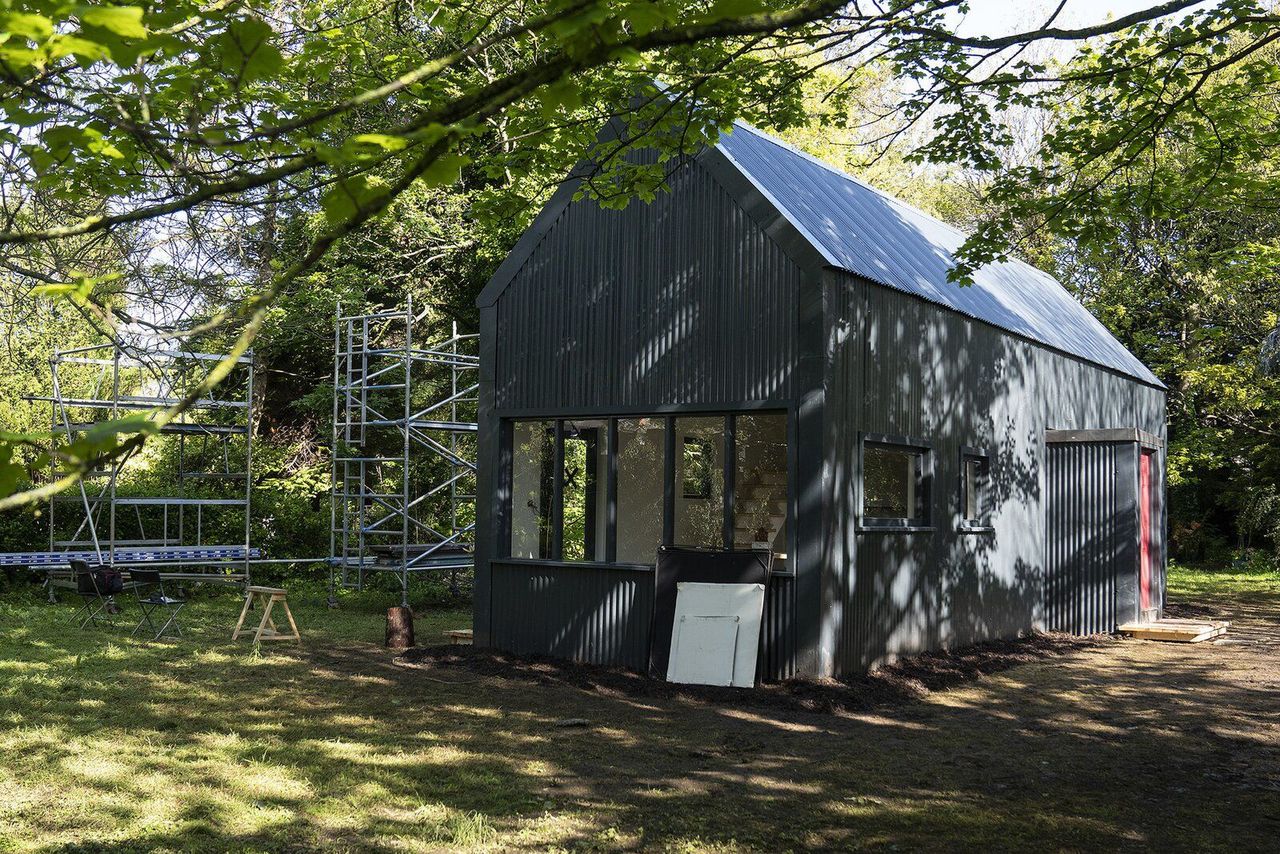 After Googling "Self-Build + Ireland + cheap," she lands on irishvernacular.com, which offers free plans for a self-build home by architect Dominic Stevens. When Stevens built the original home for himself in 2008, it cost €25,000. Although Sandra makes a cogent argument to the city housing office that it would be a smarter, cheaper option for them to subsidize her construction than to pay for her lodging, the proposal is dismissed. But she pursues her quest with the help of a kindly contractor, a patron, and a ragtag group to build her dream house from scratch. 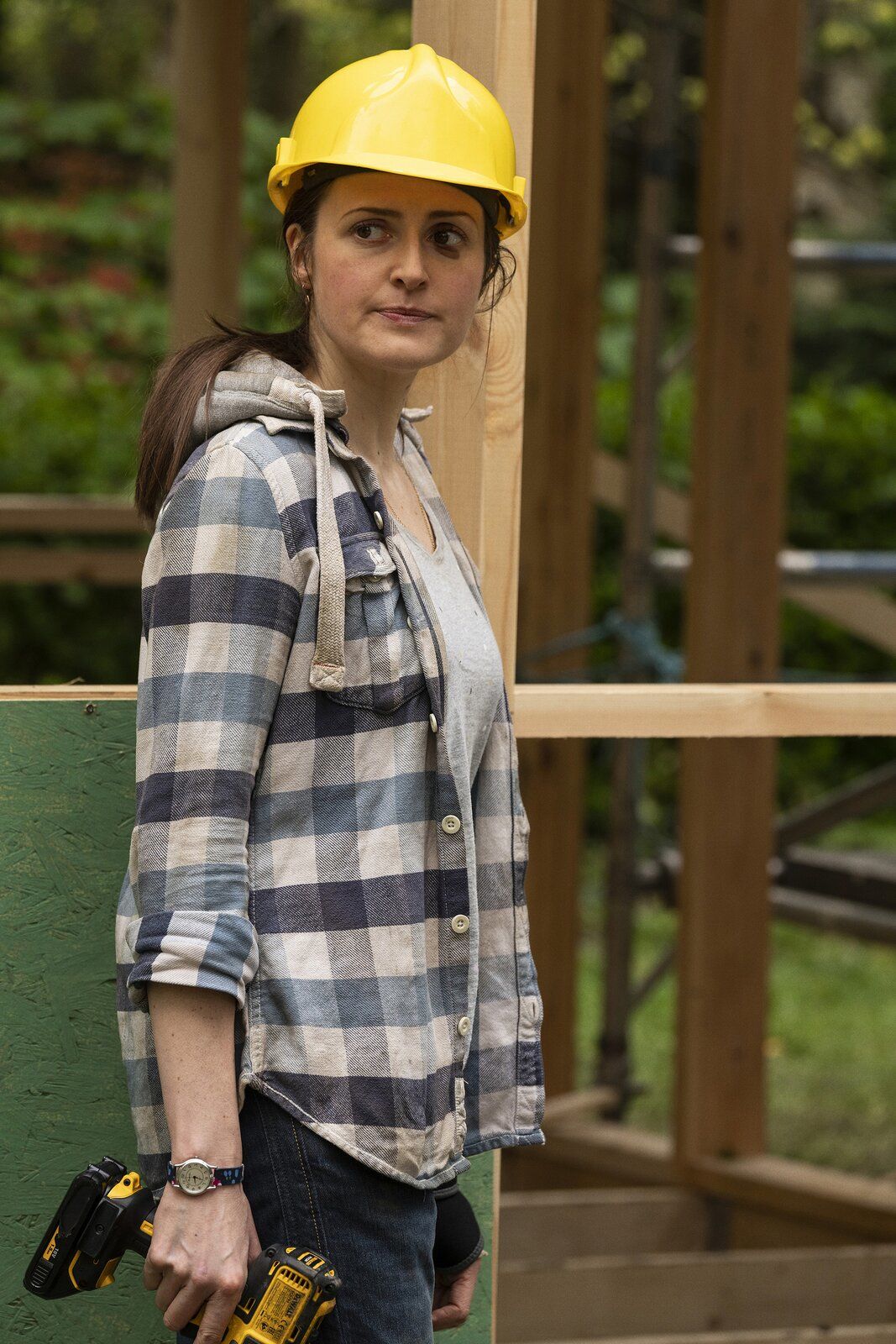 The tradition of building your own home might call up images of frontier homesteading in the U.S.-whether it’s a log cabin, a saltbox, or a bungalow. Similarly, Ireland has a rich history of DIY building-many construction laborers in the U.S. and U.K. were Irish "before they inherited the farm," Stevens says.

Stevens thought he was exhibiting a 1960s counterculture Whole Earth Catalog sensibility, but he soon discovered he had tapped into Ireland’s deeply rooted traditions. And both nations have communal building customs. In the U.S., we barn raise; In Ireland, it’s called Meitheal-a term proudly used in Herself. 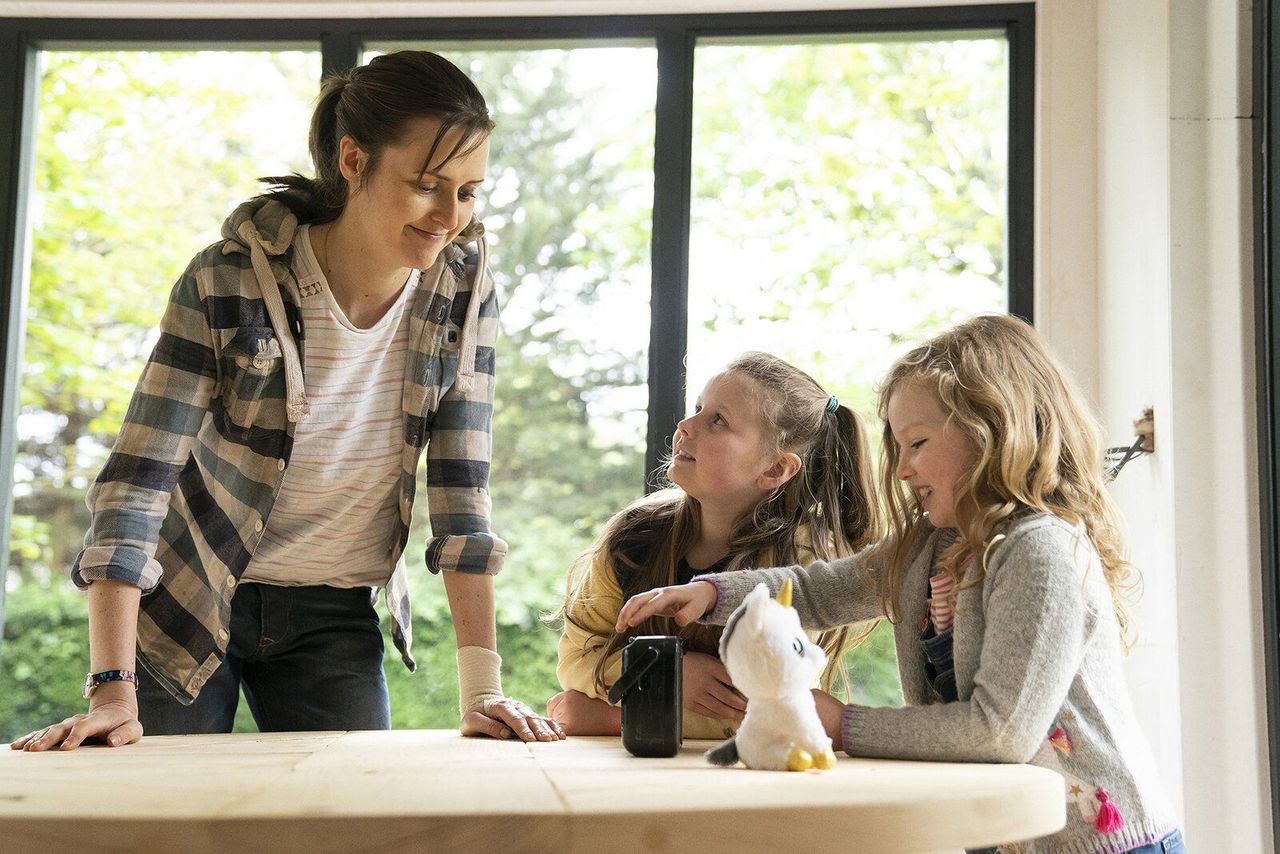 Herself, directed by Phyllida Lloyd, was Clare Dunne’s idea, inspired by a close friend’s story. A single mother of three children was compelled to declare herself homeless when her landlord reclaimed her flat, and she could not find a replacement because of scarcity. Clare, a struggling actress in New York, took inspiration from both of their adversity stories and crafted this tale of empowerment.

Without realizing it, Dunne tapped into the maker movement where women are adept at construction, made feasible by cordless power tools requiring less strength, the ubiquity of big-box stores (Home Depot, Lowe’s, and Woodie’s in Ireland), and online tutorials. 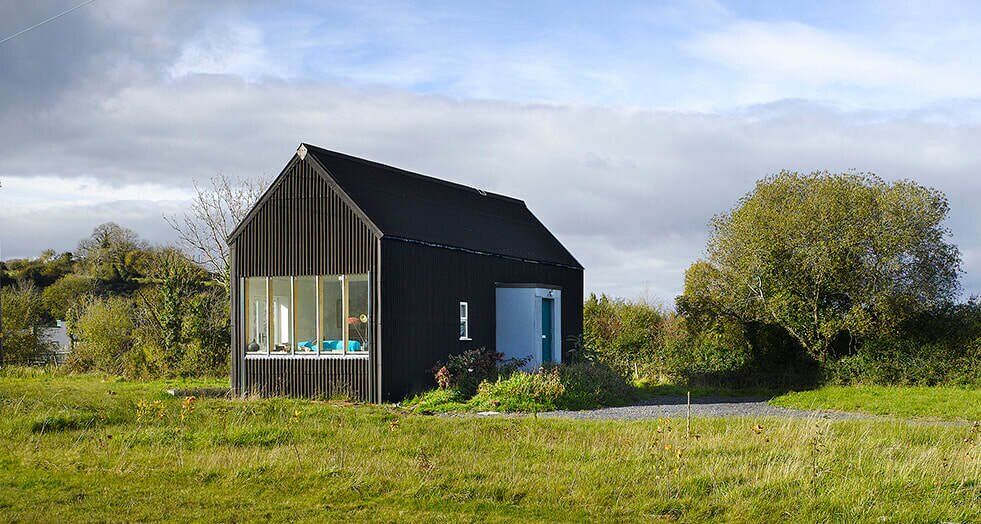 The house itself is simple: three bedrooms, two stories, and 775 square feet. Stevens says "I drew upon my experience of modular building methods, the wonderful work of self-building pioneer Walter Segal, and the rural vernacular tradition of building your house instead of going and buying it." Segal (1907–1985) was a Berlin-born British architect who developed a self-build method that uses standard materials to create ecologically sound homes with minimal experience.

The exterior is vertically corrugated matte black Onduline, a French roofing material made from plant fibers compressed with bitumen. It can be cut with a handsaw, and it’s watertight. Stevens says it looks like "expensive black cartridge paper," and the application elicits the Irish currach boat, which sports a lightweight timber frame covered with stretched canvas. Stevens also cites the black cow sheds in Leitrim, the town where he built his home, and black Scandinavian houses like those on Fårö Island (including Ingmar Bergman’s home) that use pitch painted on timber. 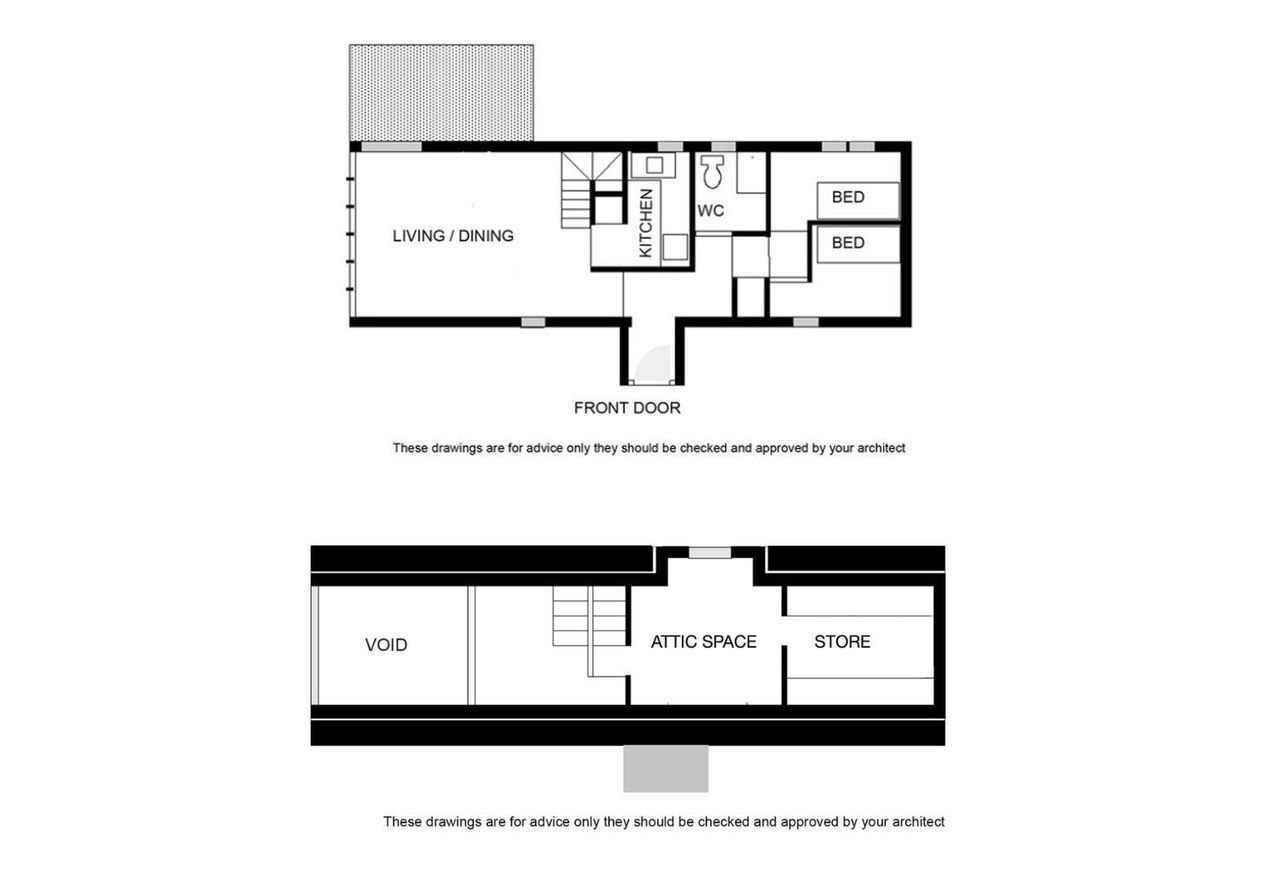 Stevens’ self-build project grew out of his experience working in Berlin just after the wall came down. "We lived in a city that created itself," he says-and he carried this sentiment back to Ireland. However, he says "Until I made my own house, I felt like a fraud on every building site I ever was on, because I didn’t really know what a builder went through."

Stevens sees possibilities brought on by the current pandemic-the previously anonymous residents of his apartment block have begun socializing at a distance, swapping tools, and banding together to negotiate with the landlords. "It’s given people power," he says. 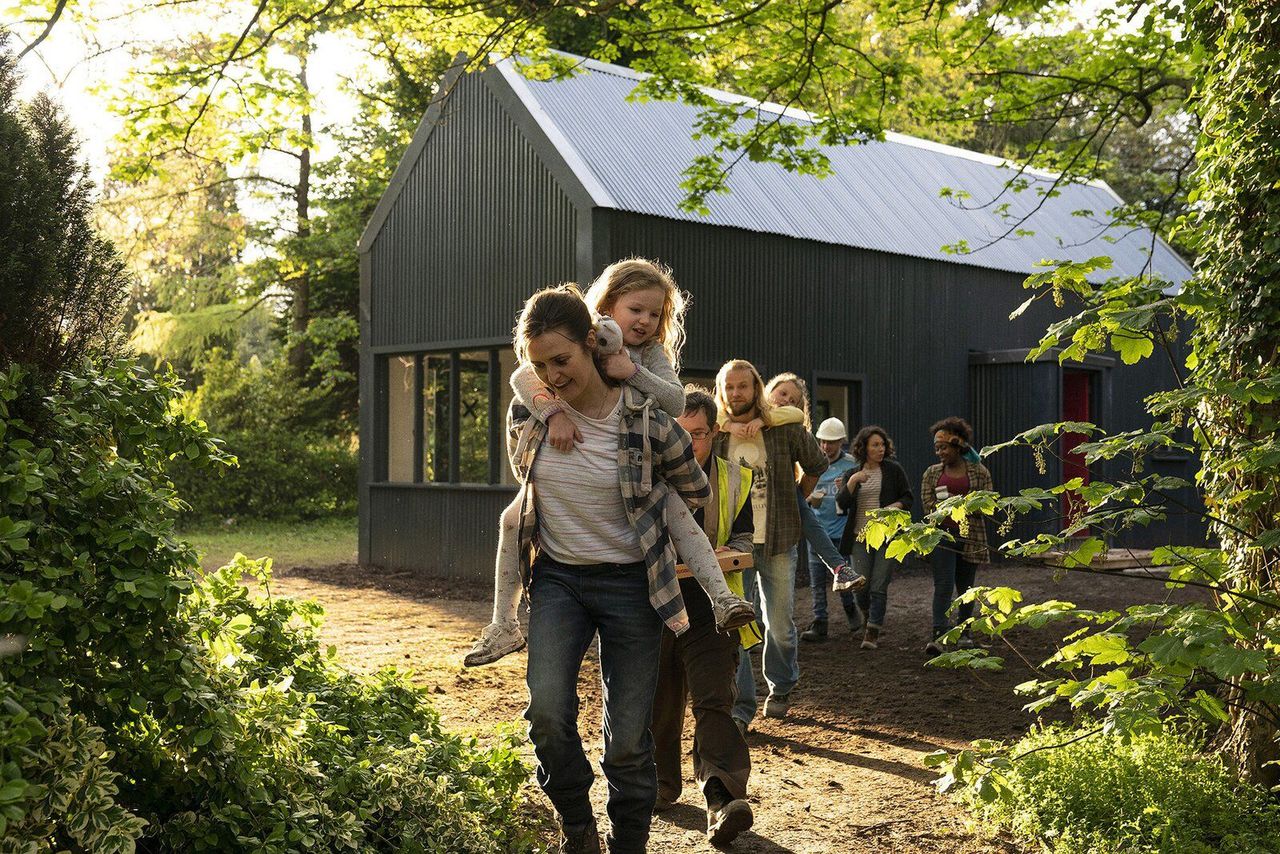 He is reminded of Le Corbusier’s 1922 statement: "It is the question of building which lies at the root of the social unrest of today; architecture or revolution." As Stevens says on irishvernacular.com, "The purpose of this website is to place the knowledge of how to build a house once more in ‘the commons’…Use it, enjoy it, respect it."