The renovation by miniArquitectura keeps the home’s charm intact, but creates opened-up spaces with a material palette to match.

After purchasing a Valencian orchard house-known regionally as a barraca-a young family contacted local architecture firm miniArquitectura to turn it into their dream home. As it was, the structure, which is situated on a street lined with pine trees in the town of Godella, had a number of charming features. But the interiors, and particularly the bedrooms, were quite dark. 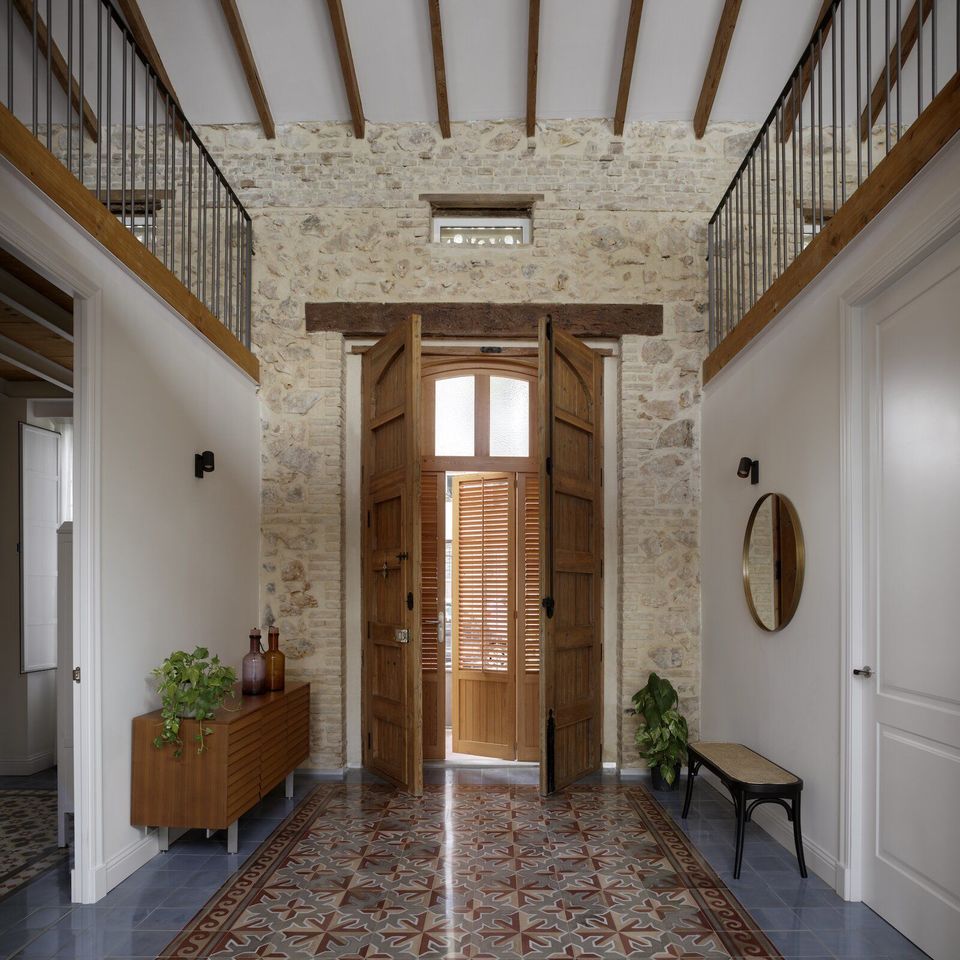 The brief was to give it an update to accommodate modern family living, and to introduce a lofted study area that respected the character of the original home.

"Thus began our challenge to achieve maximum brightness, open spaces, and a large work area with natural light and ventilation, all while maintaining the original structure and distribution of the house," says architect Yoana Ibáñez. 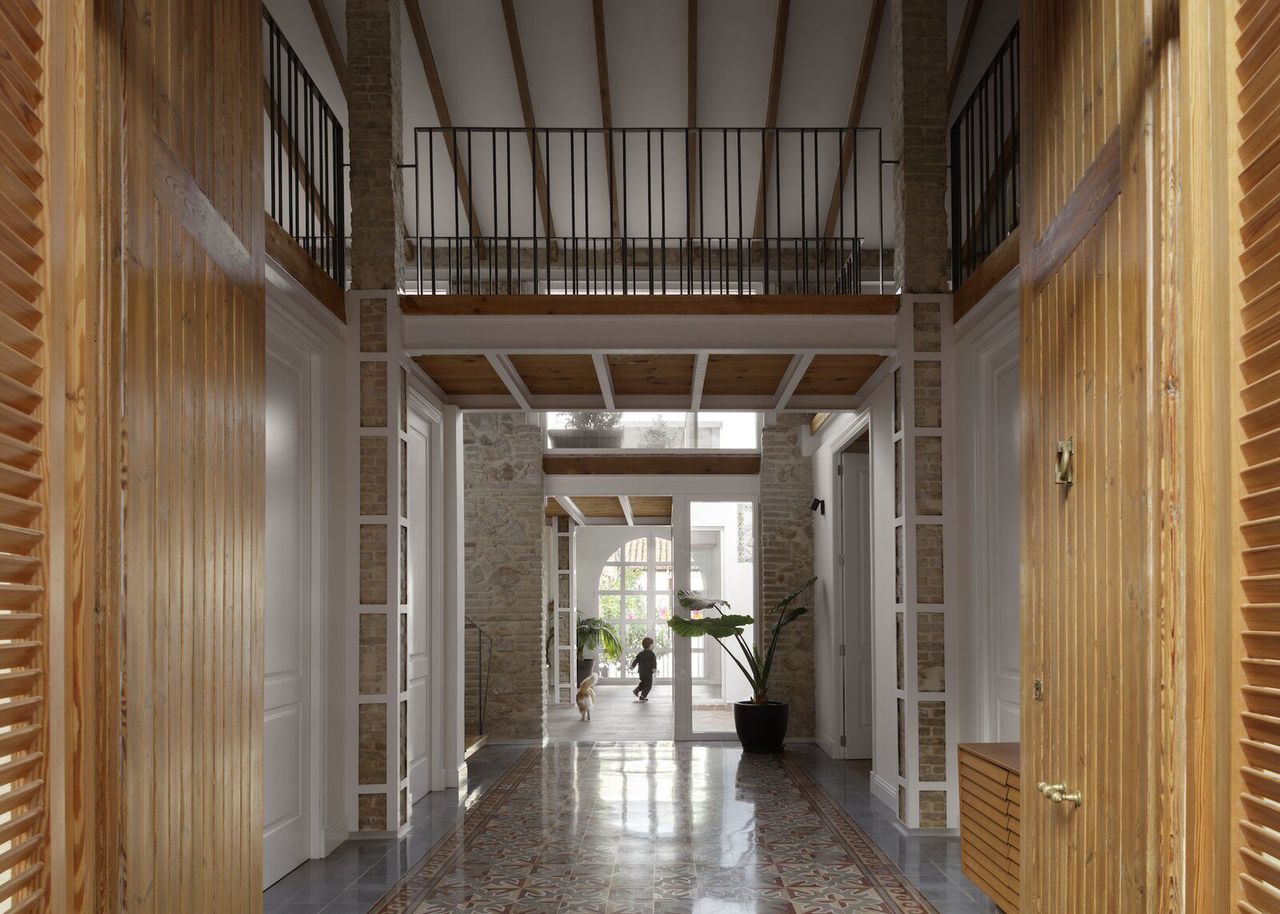 The original home reflected regional vernacular: a symmetrical structure with a wide door at the entrance that led to a central hallway; bedrooms flanking either side; and a living space with a fireplace and a kitchen at the rear. There was also a porch space and garden at the back. 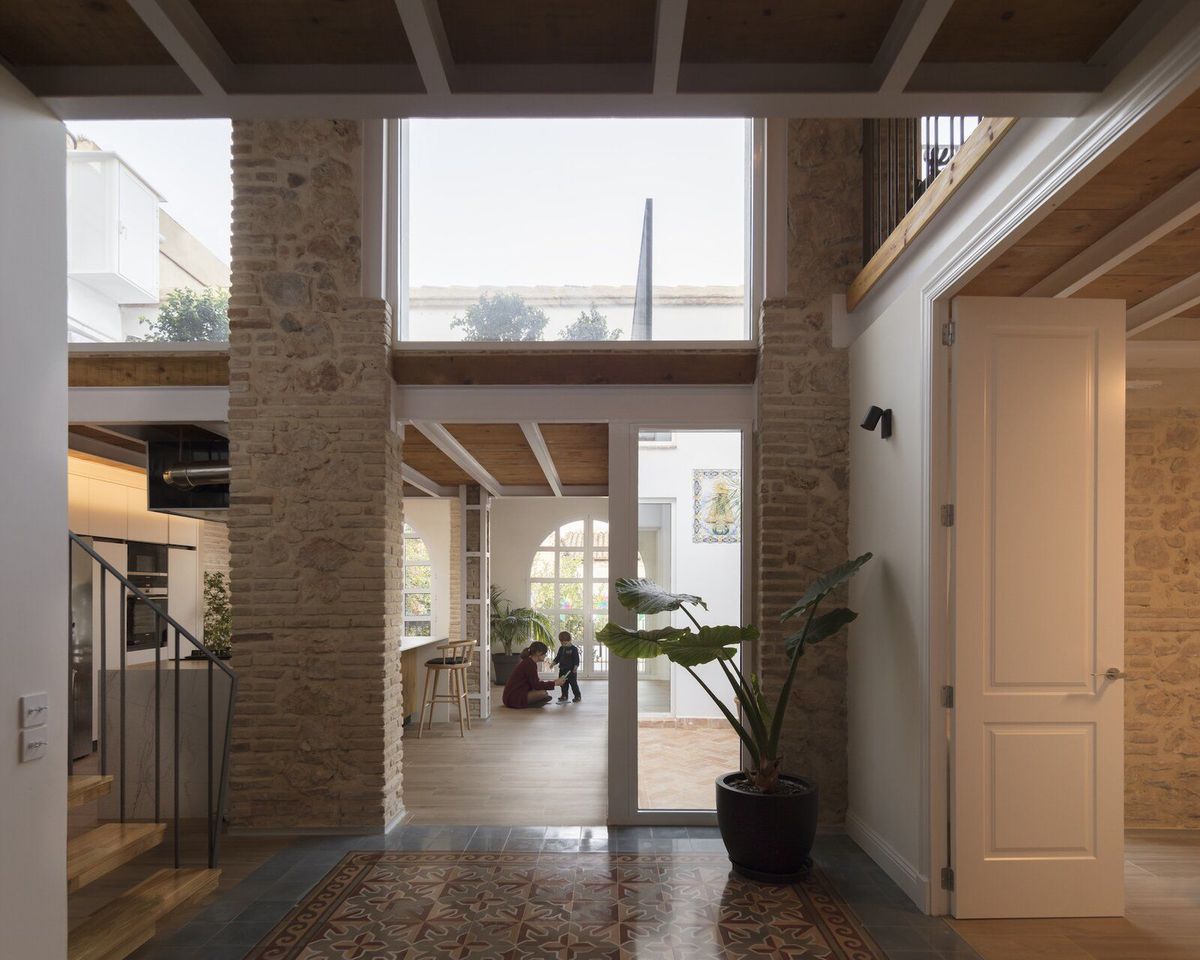 Since being built, a previous owner had added an extension to create an internal courtyard that separated the kitchen and dining room from the rest of the home. However, it had been carried out with low-quality materials, and had little architectural merit. 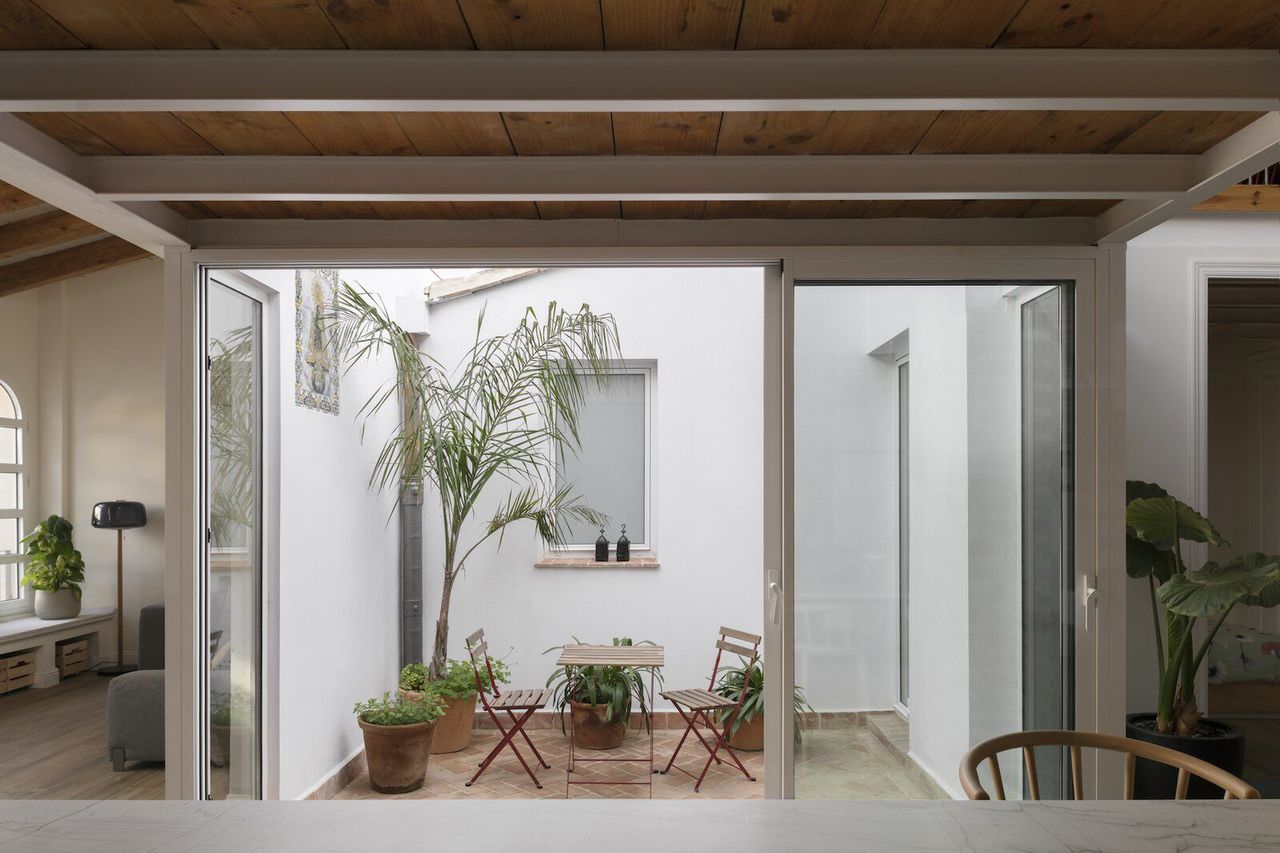 Responding to the client’s brief, the architects emphasized the central hallway by introducing more light and ventilation. They also took advantage of extra space under the roof by creating a lofted area that can be reached via a timber stair. 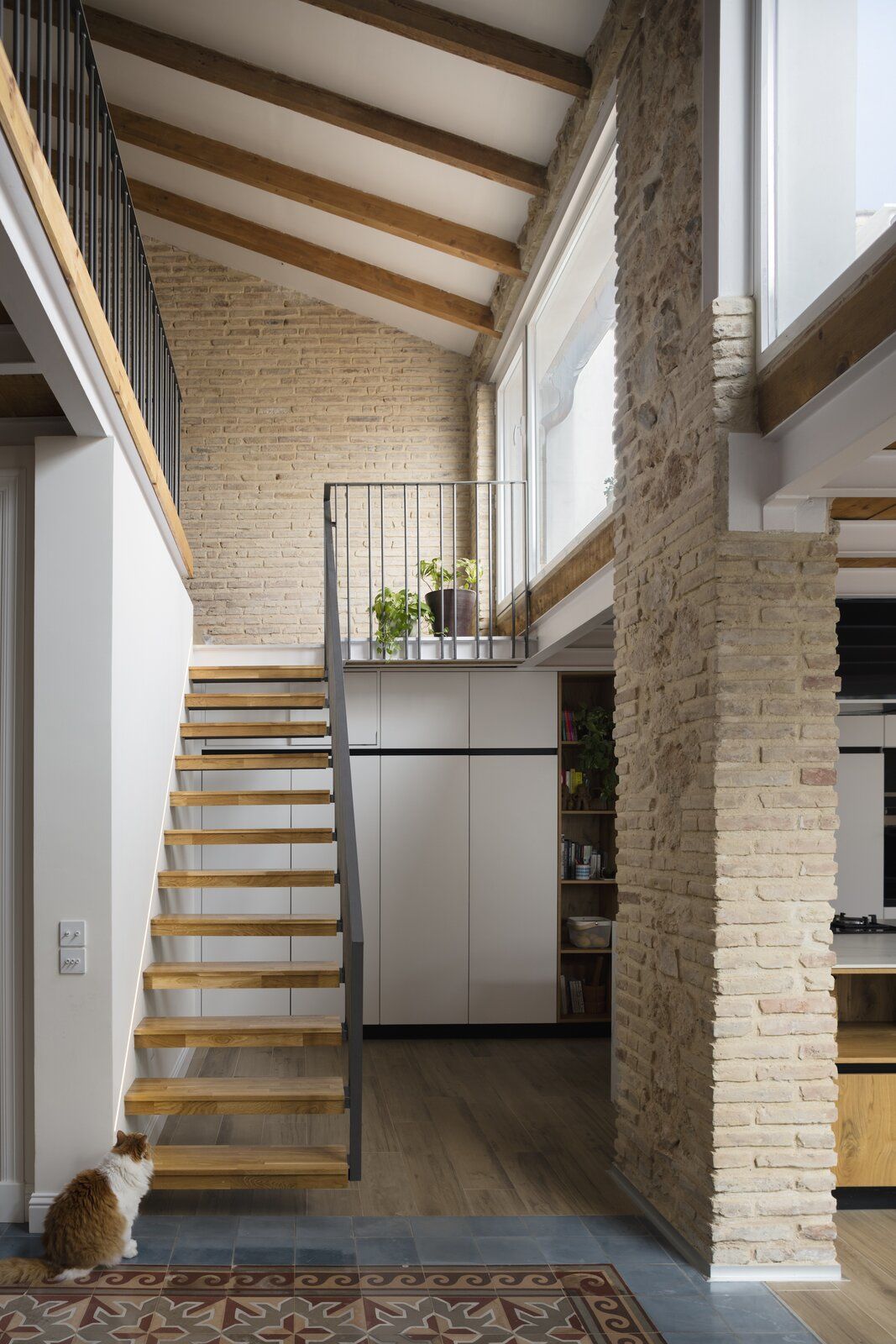 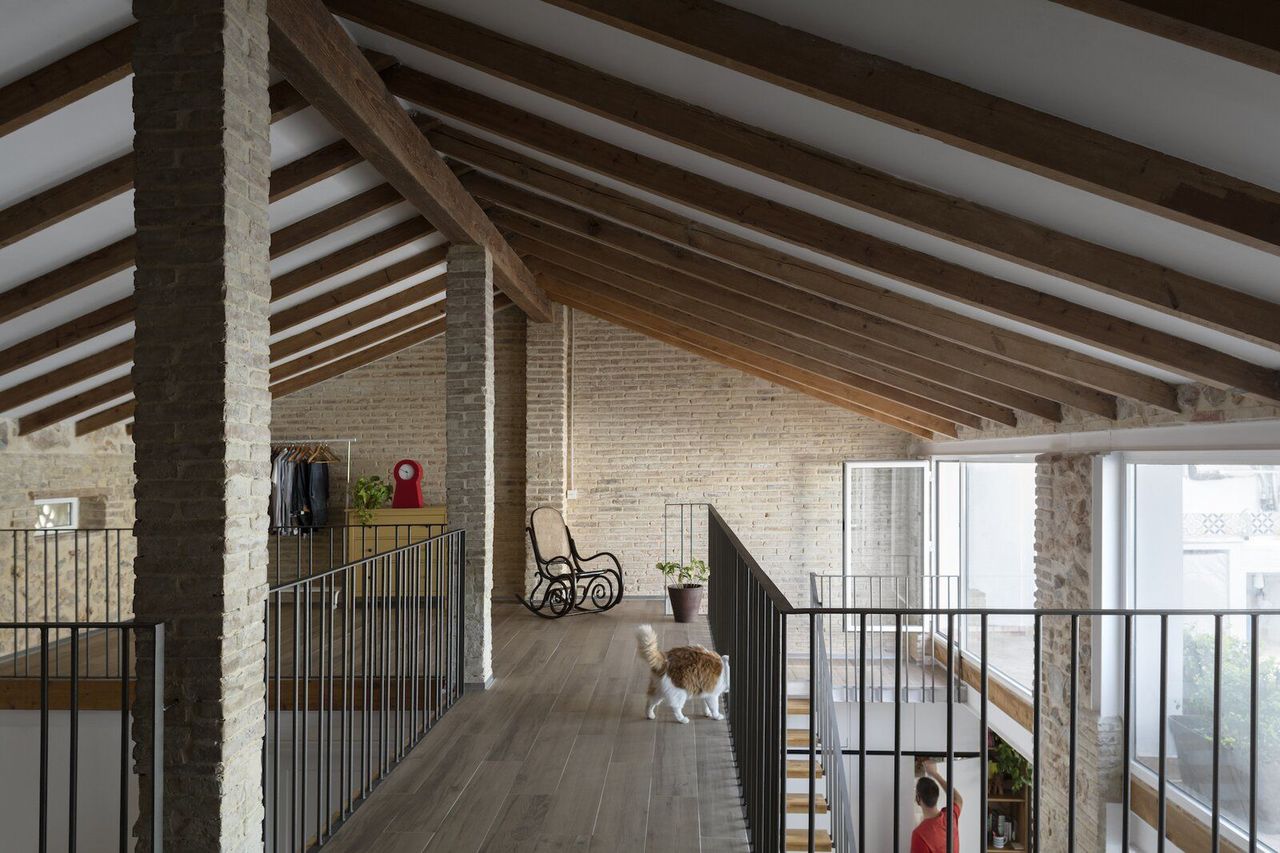 At the top of the stair is now an impressive hall with a double-height ceiling that forms the backbone of the house. At the rear of the ground floor, the kitchen opens out to the home’s public spaces, the dining room and a garden. 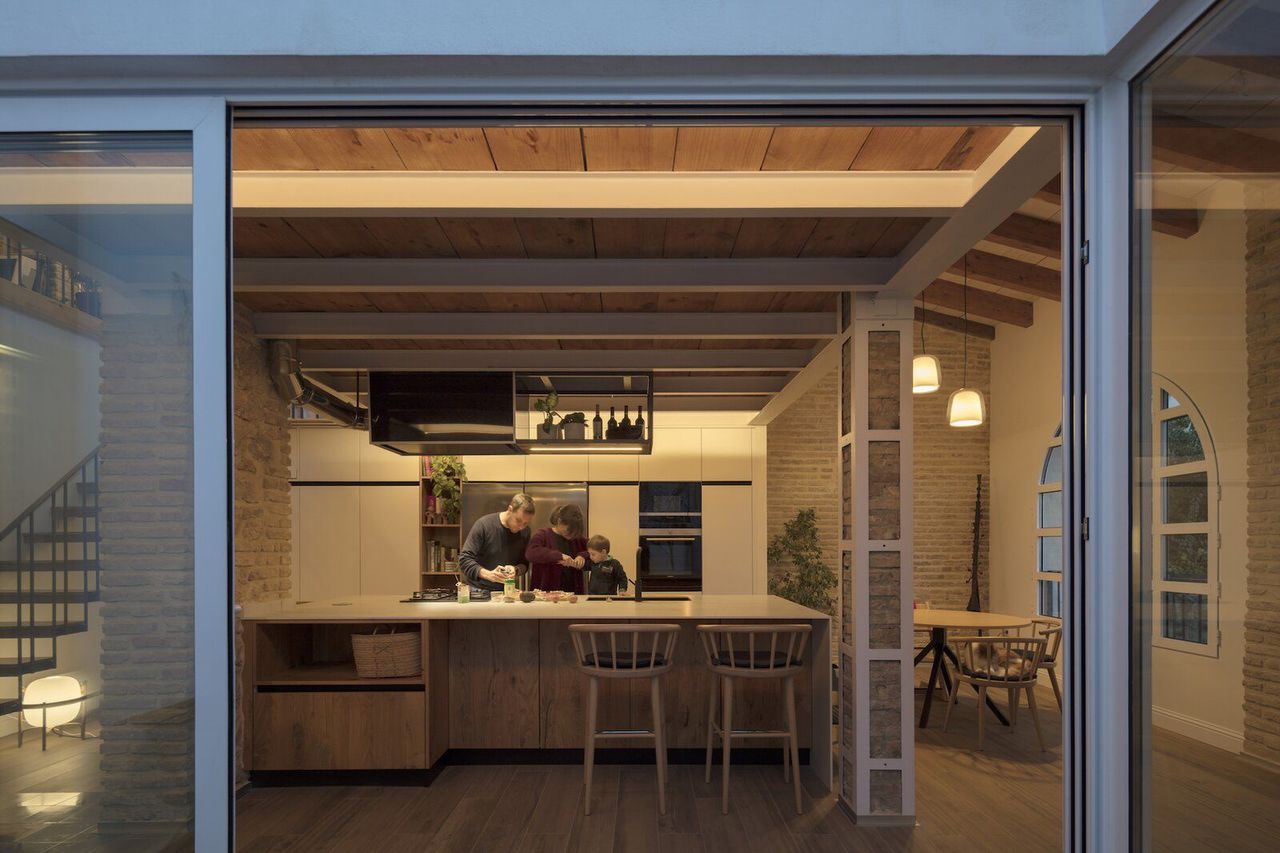 The previous extension was demolished and a new one was built, allowing the dining room and kitchen to be reconnected with the home. This new extension features a sloping roof, and clerestories and arched windows that bring in natural light and views of surrounding pine trees. Throughout, the windows feature white lacquered aluminum frames that evoke the old wooden ones. "I like that both the sky and the green of the exterior are present at all times inside the house," says Ibáñez. Many of the materials from the original home were reused in the renovation, and the new elements are inspired by the quality and nature of the traditional materiality-think iron railings and structures, lime mortar, clay floors, and pine timber joists. The original floor tiles were removed to install underfloor heating before being polished and reused in the main living area. The home’s solid structure was left exposed. "We were seduced by their appearance and their constructive romanticism made us seek to preserve these noble materials," explains Ibáñez. 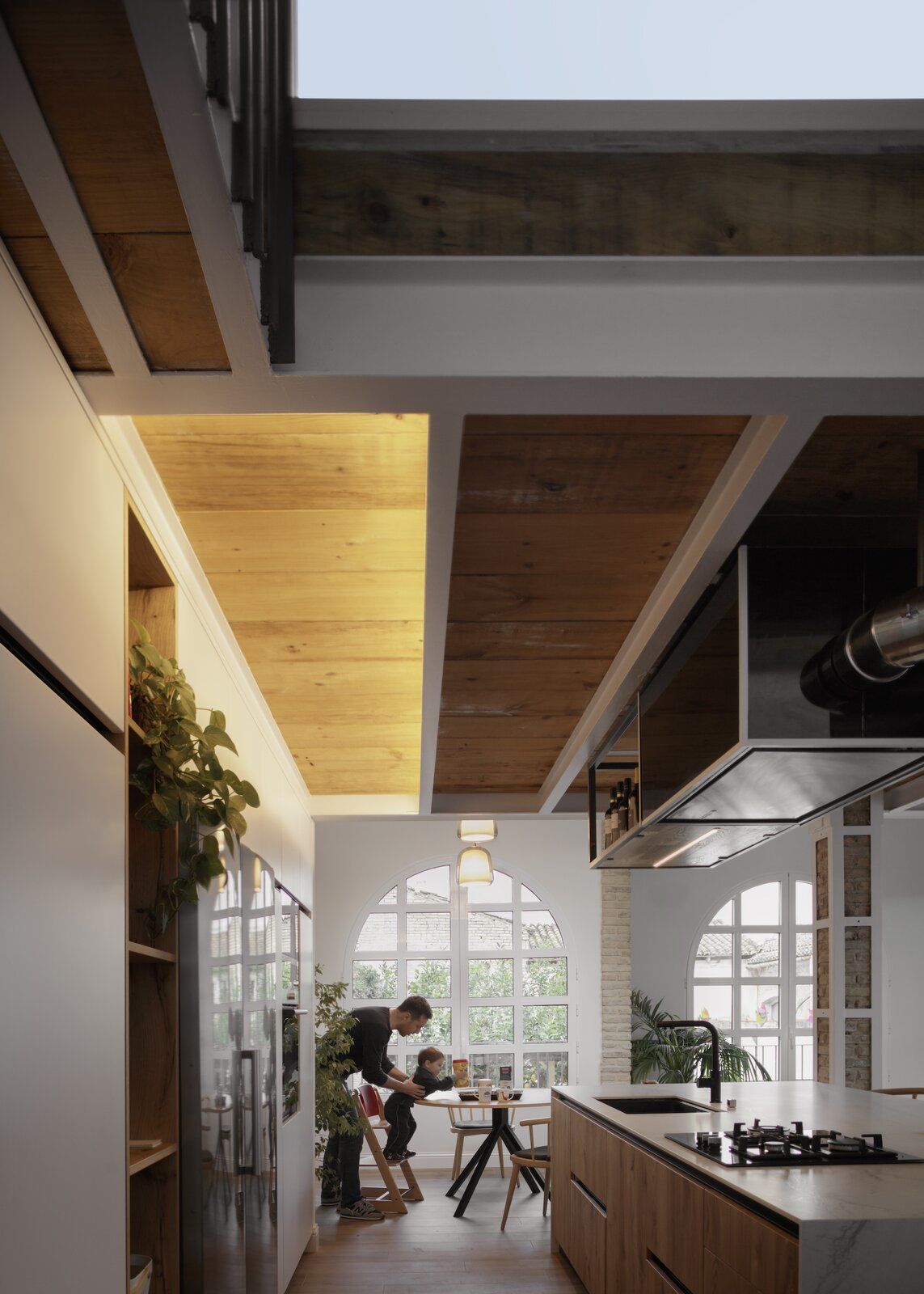 By mixing the semi-industrial structural elements-such as brick, timber boards, and white lacquered aluminum-with more classic finishes, the home is imbued with a welcoming and familiar atmosphere. There is a similar sensitivity in the relationship between the existing volumes and the extension, which uses the same materiality and language. For example, the old brick party wall has been extended, and the new ceiling features exposed joists that echo those of the original home. 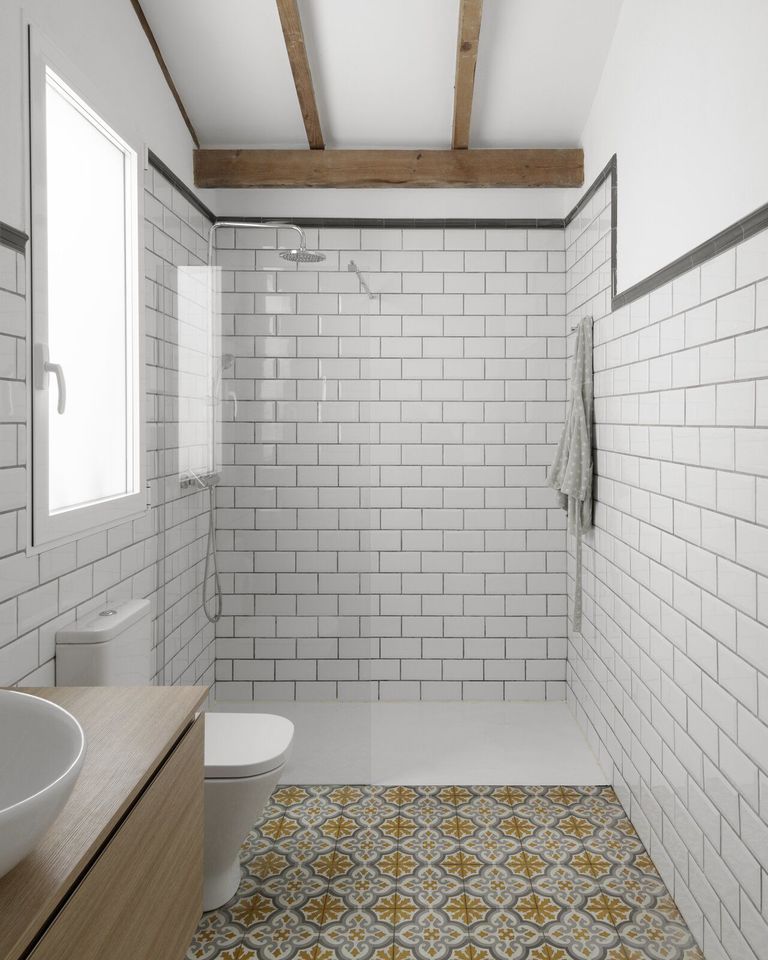 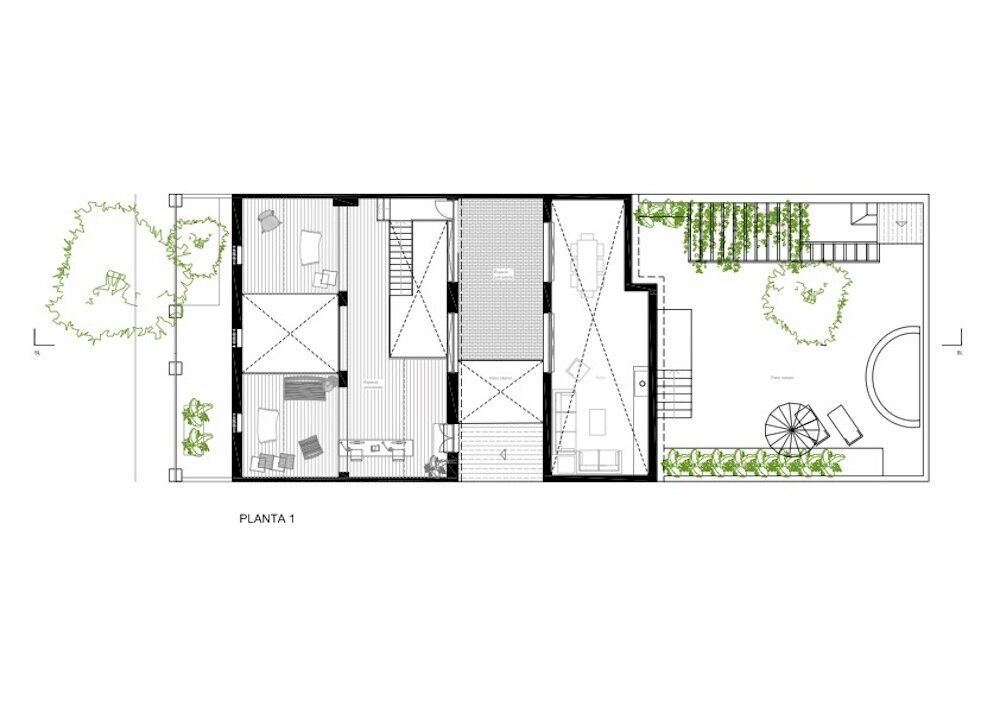 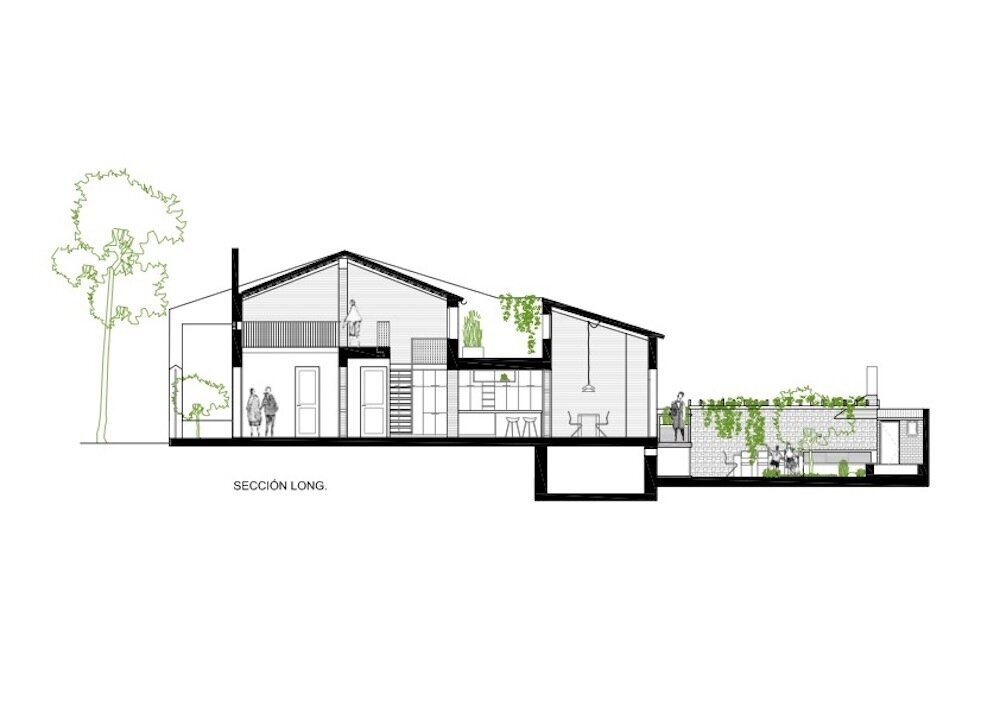