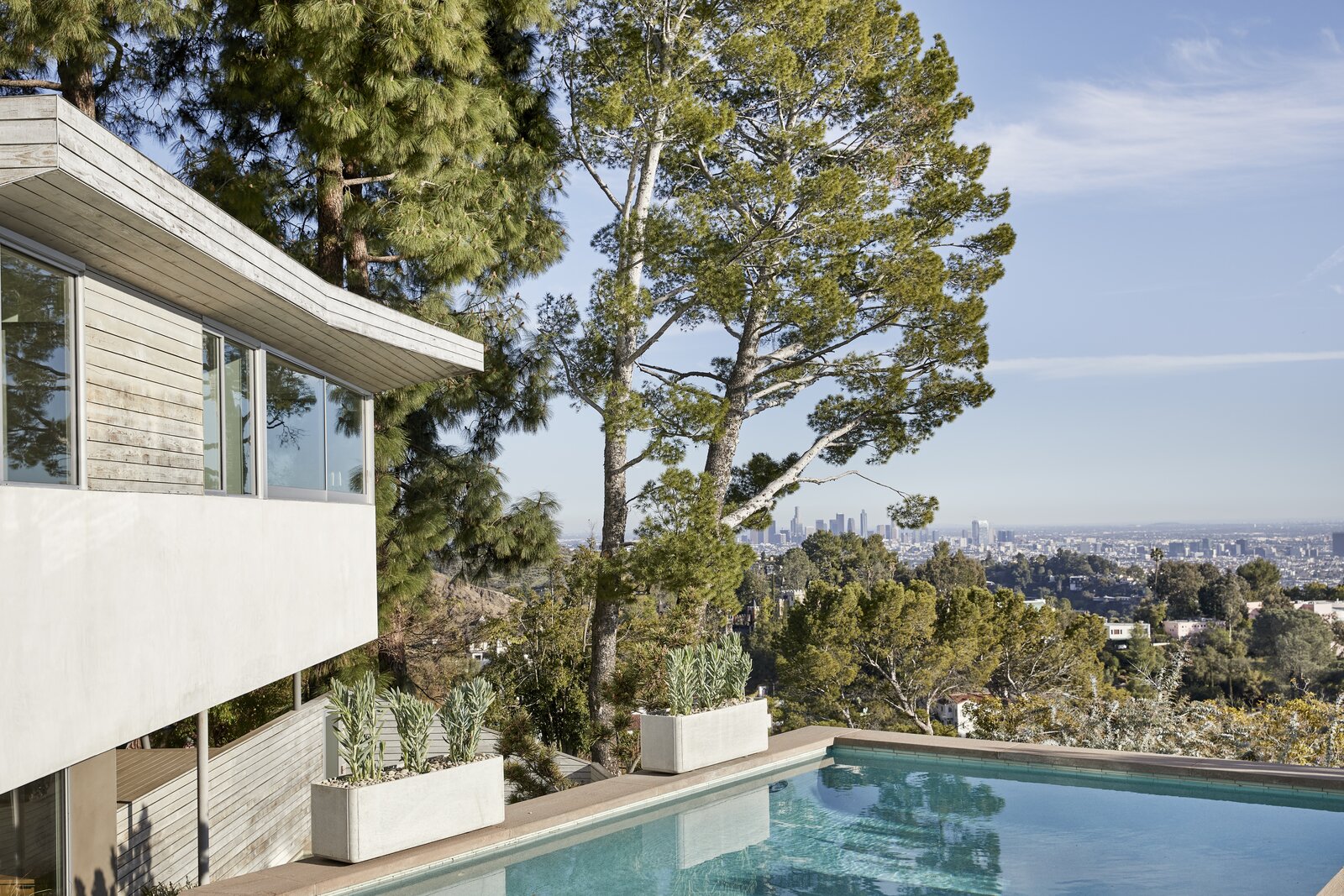 The coveted Deronda Residence is now up for grabs in Los Angeles. Perched on a hill in the Beachwood Canyon neighborhood, the striking contemporary was crafted in 2011 by architect Michael Ferguson, the founder and principal of Los Angles–based firm Space International. The home offers more than 3,000 square feet of interior space, outdoor living areas, and sweeping views out over the city. The home sits on a large street-to-street lot in the Hollywood Hills neighborhood of Beachwood Canyon. Architect Michael Ferguson of Space International designed the private wing of the dwelling to gently rest on support beams, which in turn creates a covered carport.

Well suited for those who love to entertain, the multilevel home is made up of two main rectangular volumes, which effortlessly merge to encourage indoor/outdoor living. "The public areas of the house are situated on the ridge of the site so as to take advantage of flanking outdoor spaces," explains Ferguson. "They are designed as extensions of the living and dining areas when connected via a series of large, sliding glass openings." 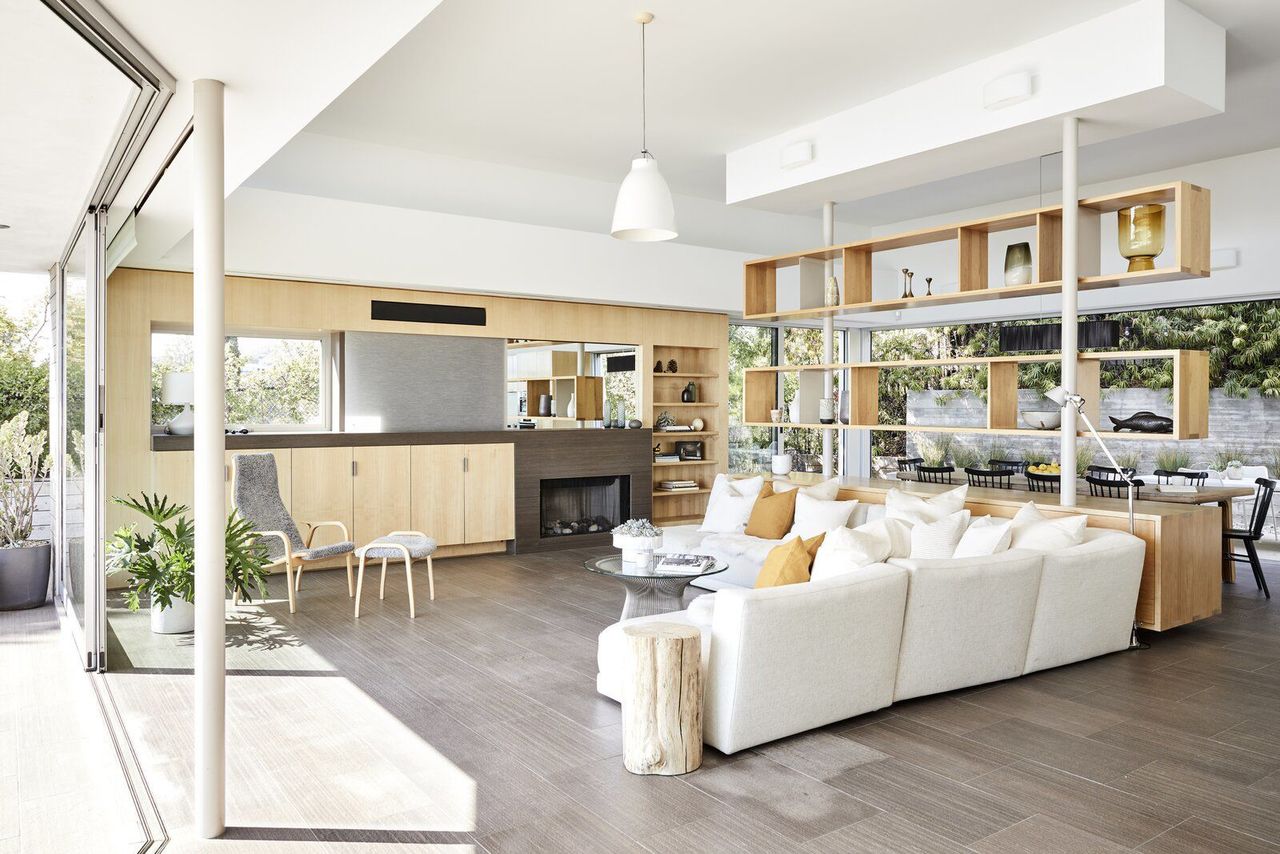 Outdoor dining areas are located at both the front and back of the house. Additional entertaining areas are peppered around the expansive 8,000-square-foot lot, and include a sparkling saltwater pool. Sliding glass doors usher incredible natural light inside, while framing panoramic canyon views whether open or closed. 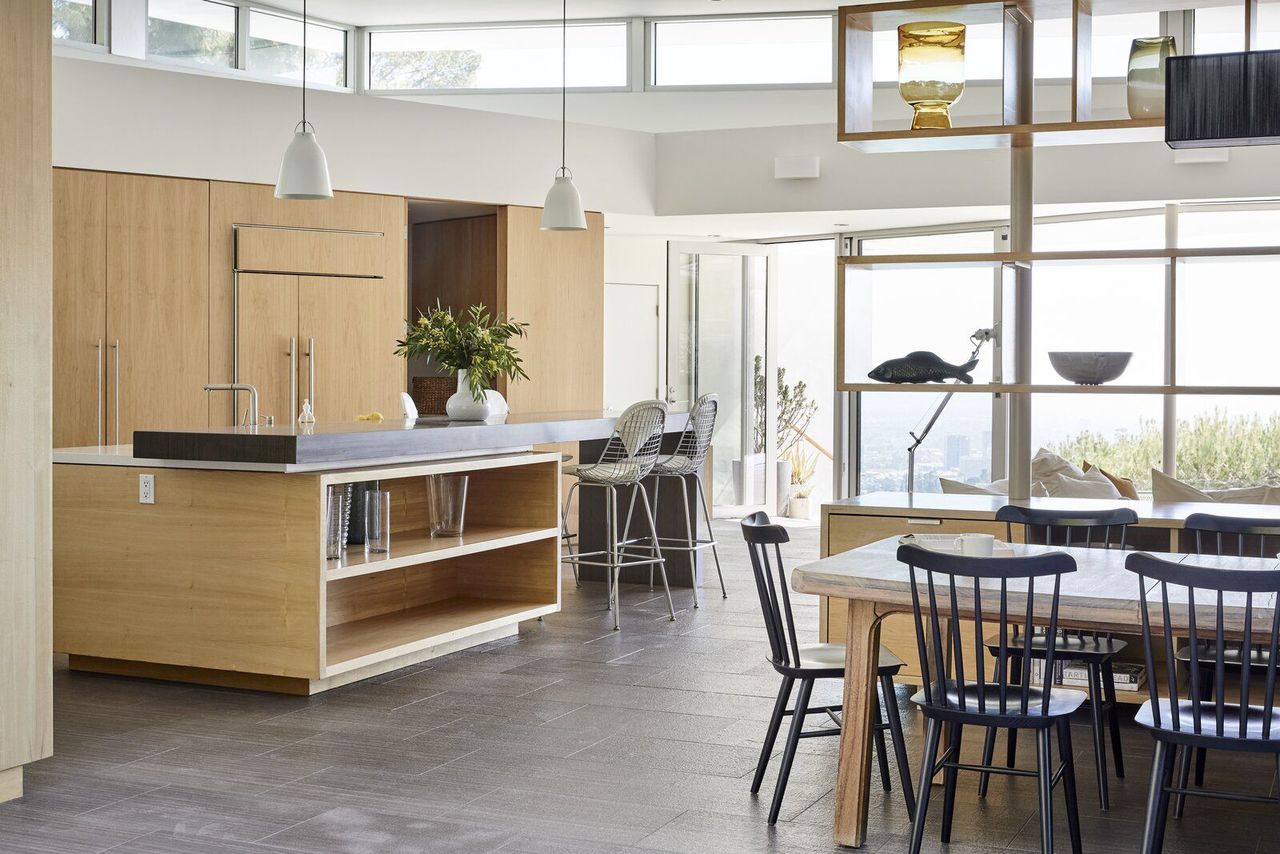 Clerestory windows wrap around the kitchen and living room, allowing even more light inside.

The bedrooms and baths are located in a private wing, "housed in a cantilevered bar which hovers over the parking court and floats amid the treetops at the perimeter of the property," says Ferguson. In total, the residence offers five bedrooms and four baths, including a spacious primary suite with a walk-in closet. On the lower level, the dwelling features a guest studio with a full bath, along with a bonus space that can be used as an office or gym. Honey-hued cabinetry offers plentiful storage in the kitchen-a space filled with light thanks to an abundance of large windows. 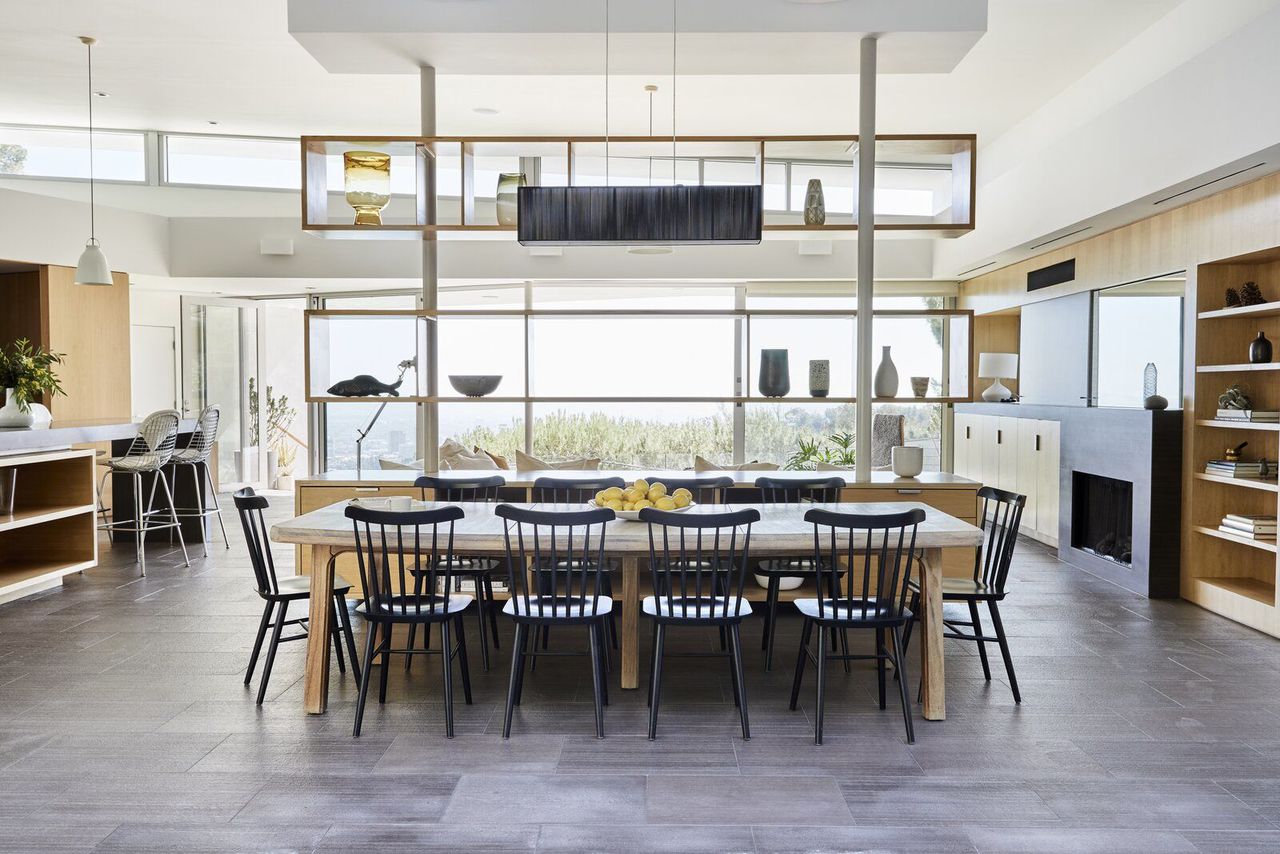 The formal dining area is separated from the living room by a floor-to-ceiling shelving unit.

Since its creation in 2011, the home has received a number of accolades, most notably the Los Angeles Architectural Award in 2012. Scroll ahead to see inside more of the residence, currently listed for $4,175,000. Handcrafted woodwork can be found throughout the 3,038-square-foot residence, creating a sleek, cohesive aesthetic while also infusing playful dimension. 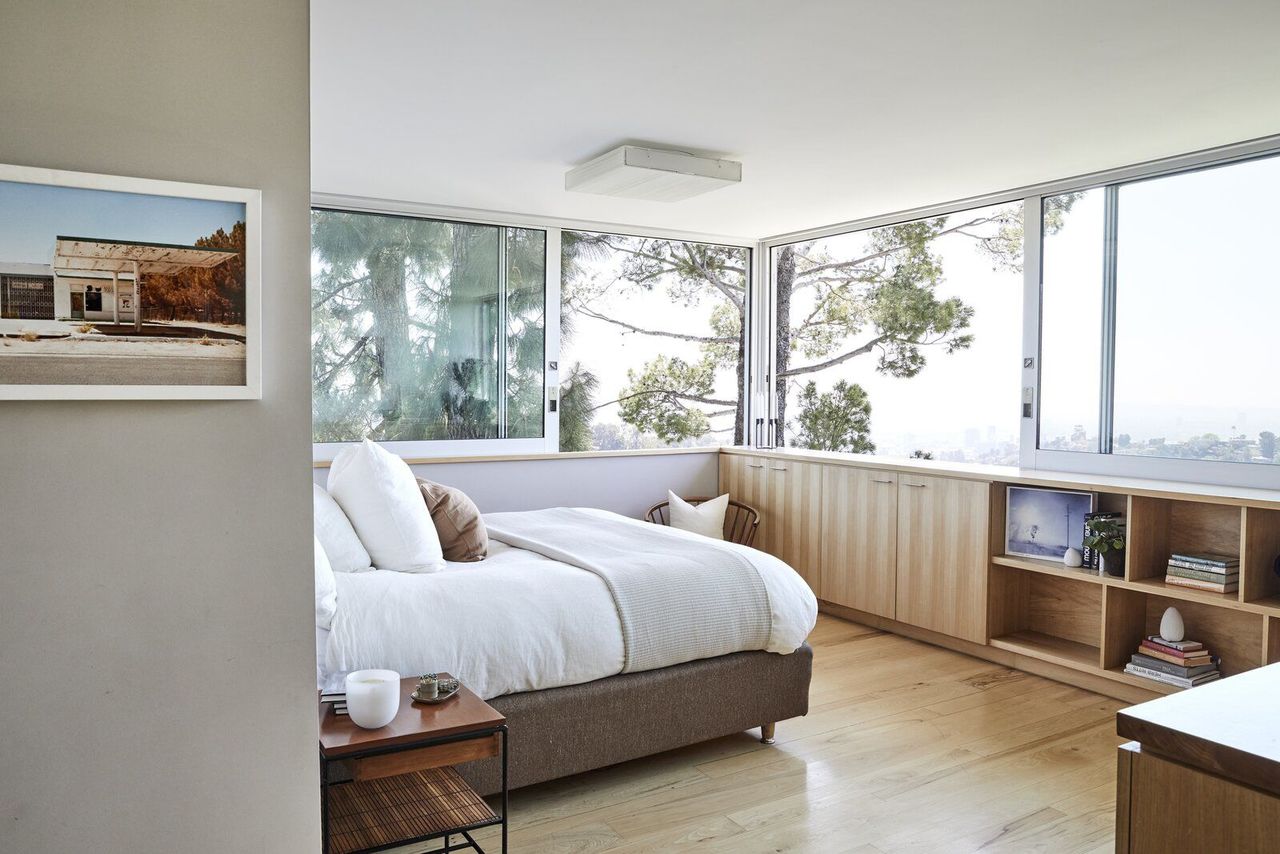 In the bedrooms, minimalist decor allows the natural surroundings to take center stage. 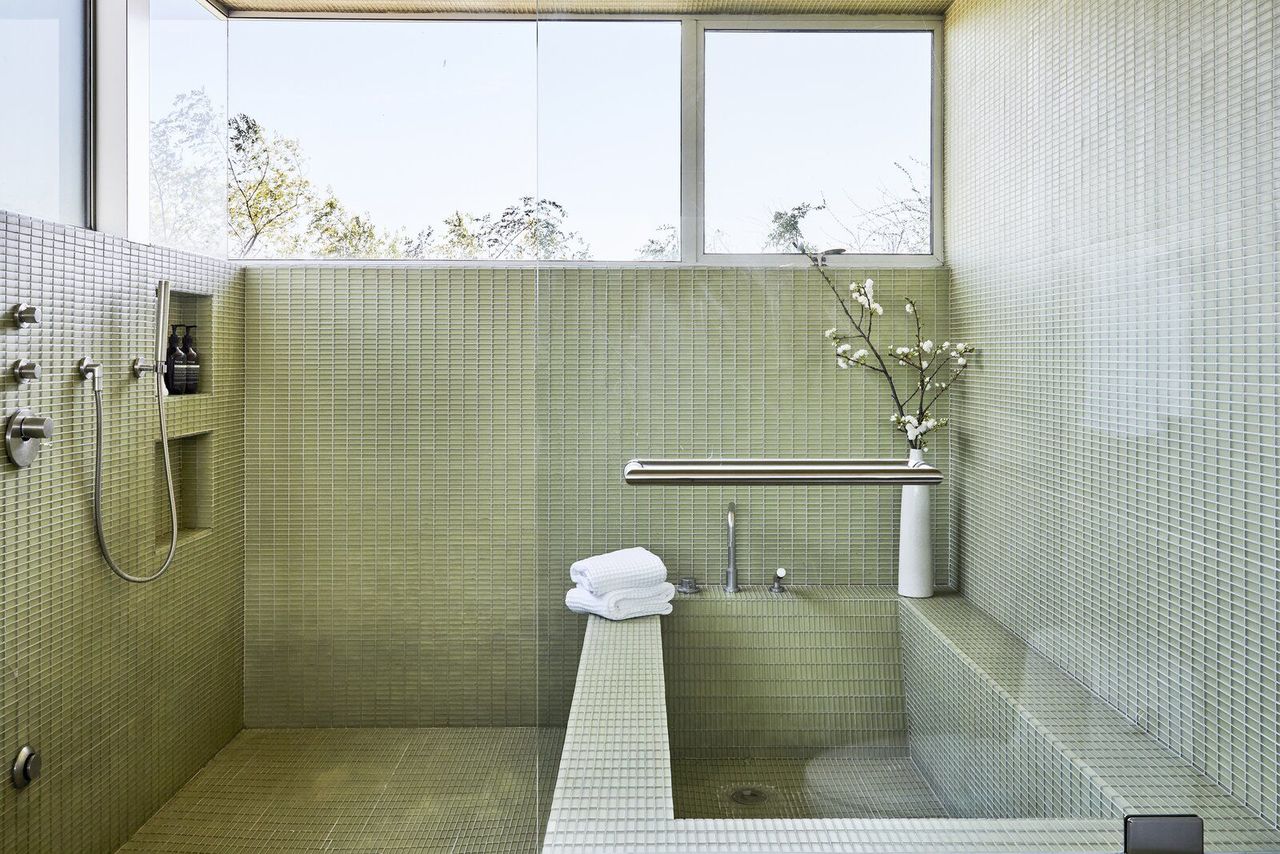 The spa-like primary bath features an oversized shower and tub. 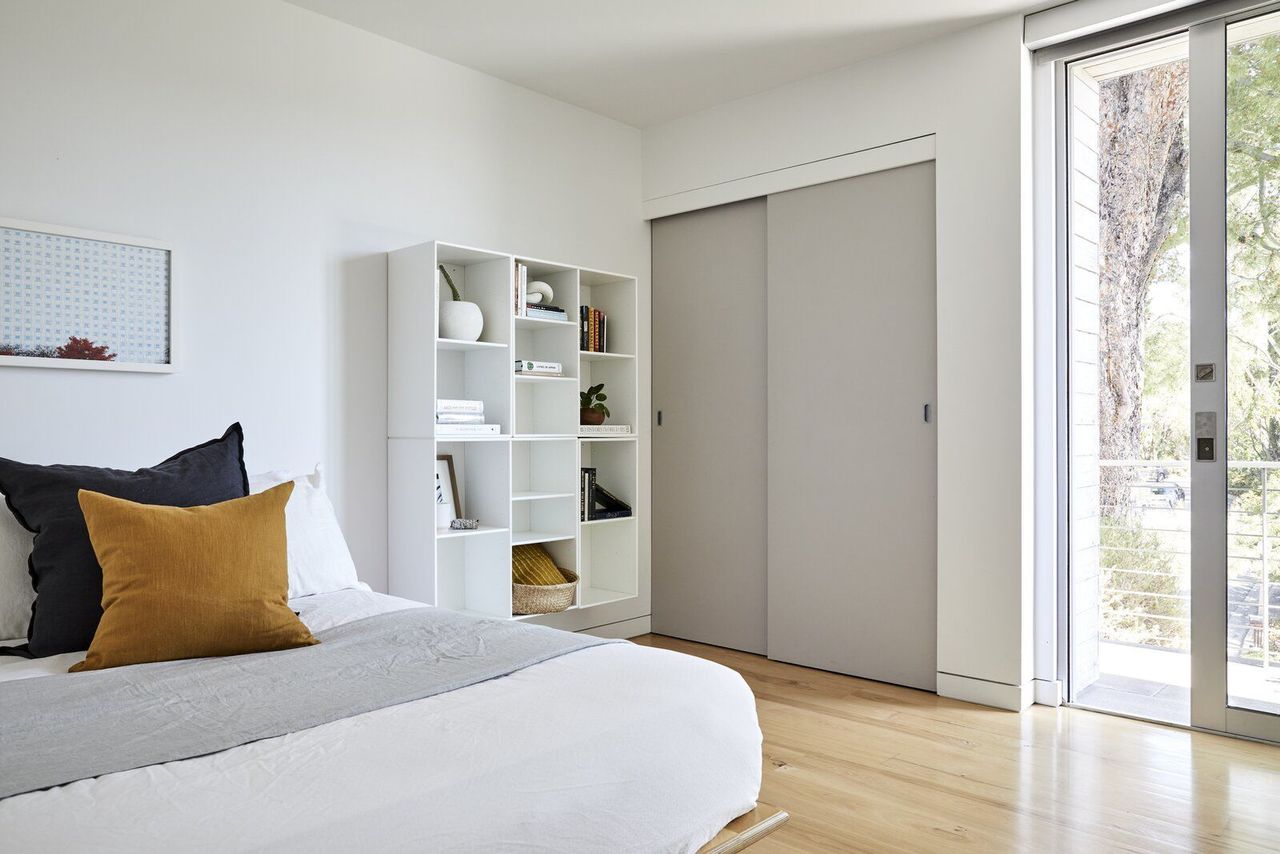 Another one of the bedrooms offers direct outdoor access. In one of the bathrooms, warm-toned penny tiles complement wooden cabinetry. 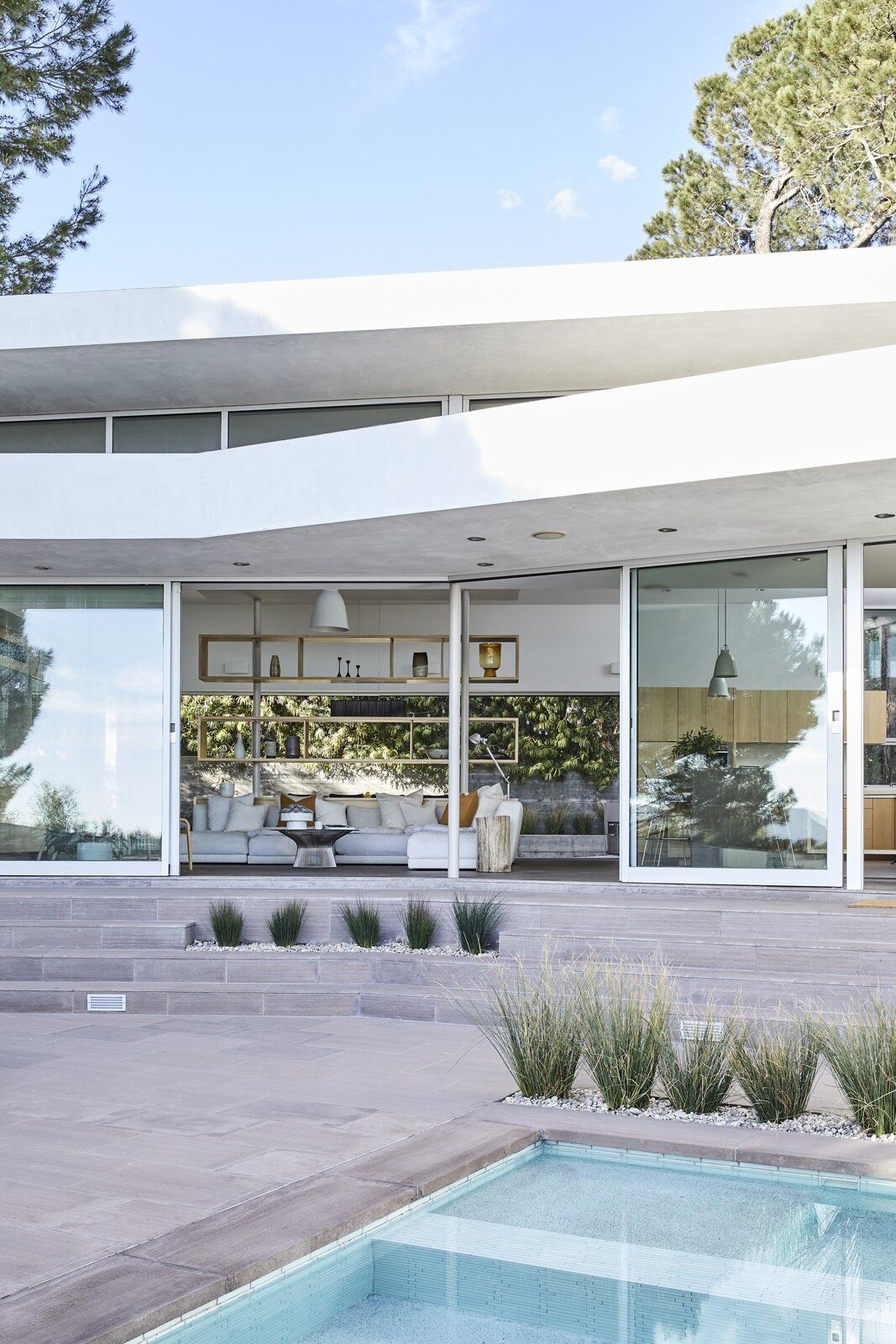 A view of the lower level from the pool showcases the home’s seamless indoor/outdoor flow. 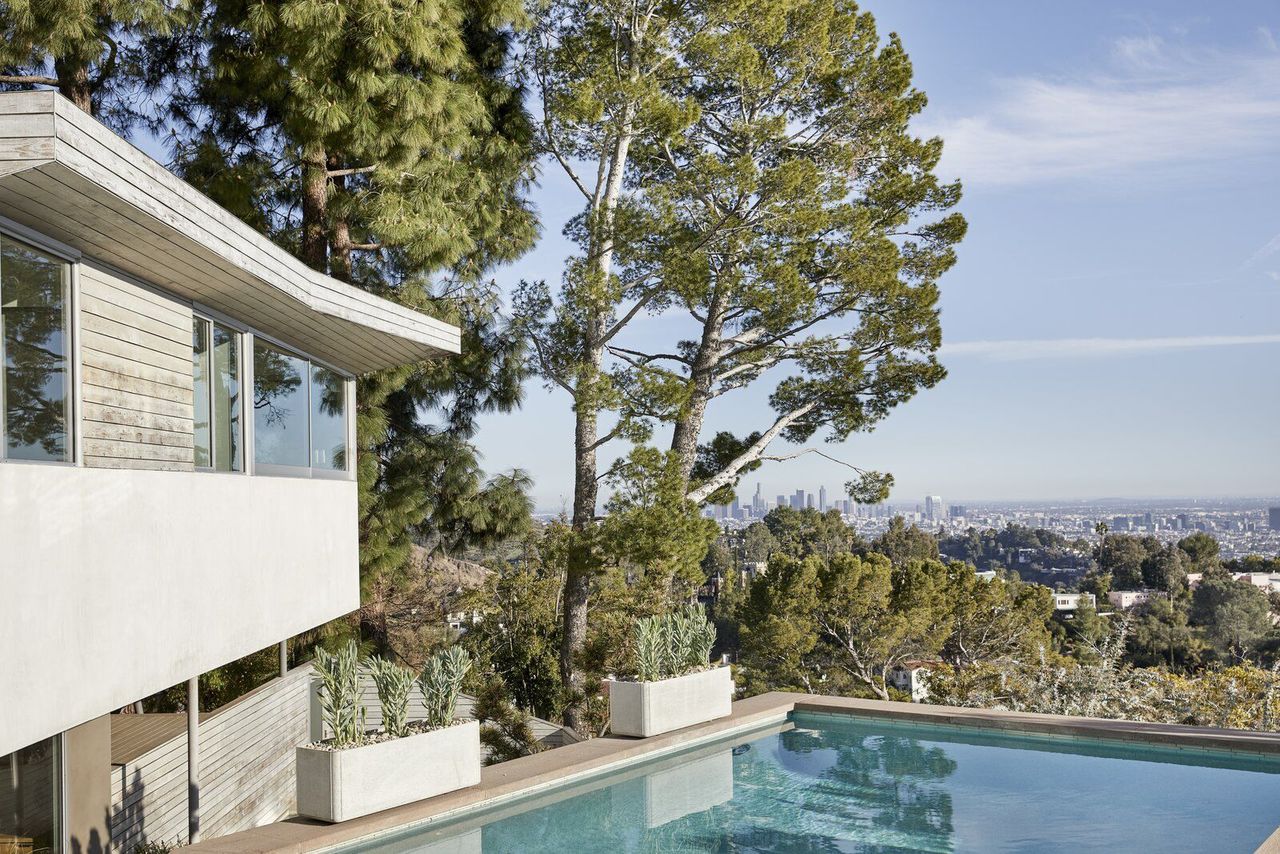 Without being too far removed, the Beachwood Canyon home is a tranquil retreat that feels as if it’s worlds away from the hustle and bustle of Los Angeles.