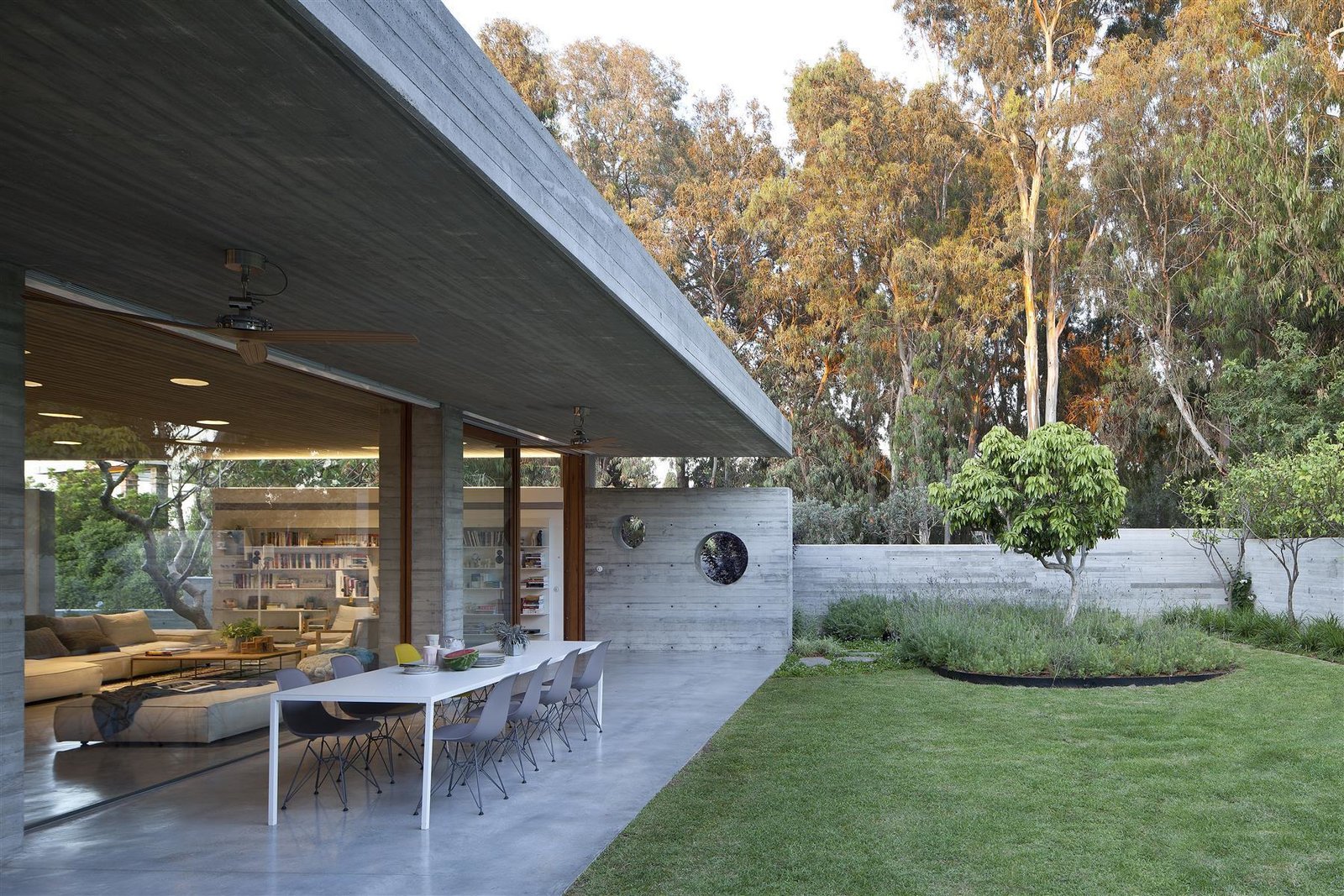 At the family home of an Israeli architect, modern and light-filled interiors enliven a brutalist, raw concrete structure.

Located in the city of Ramat HaSharon near Tel Aviv, the home that Pitsou Kedem designed for himself and his family boasts a powerful and striking horizontal form with a low silhouette.

Kedem took inspiration from the brutalist buildings commonly found in the neighborhood, which was established by army veterans in the 1950s. The house comprises two concrete squares-one stacked on top of the other-on a sloping 7,750-square-foot plot. 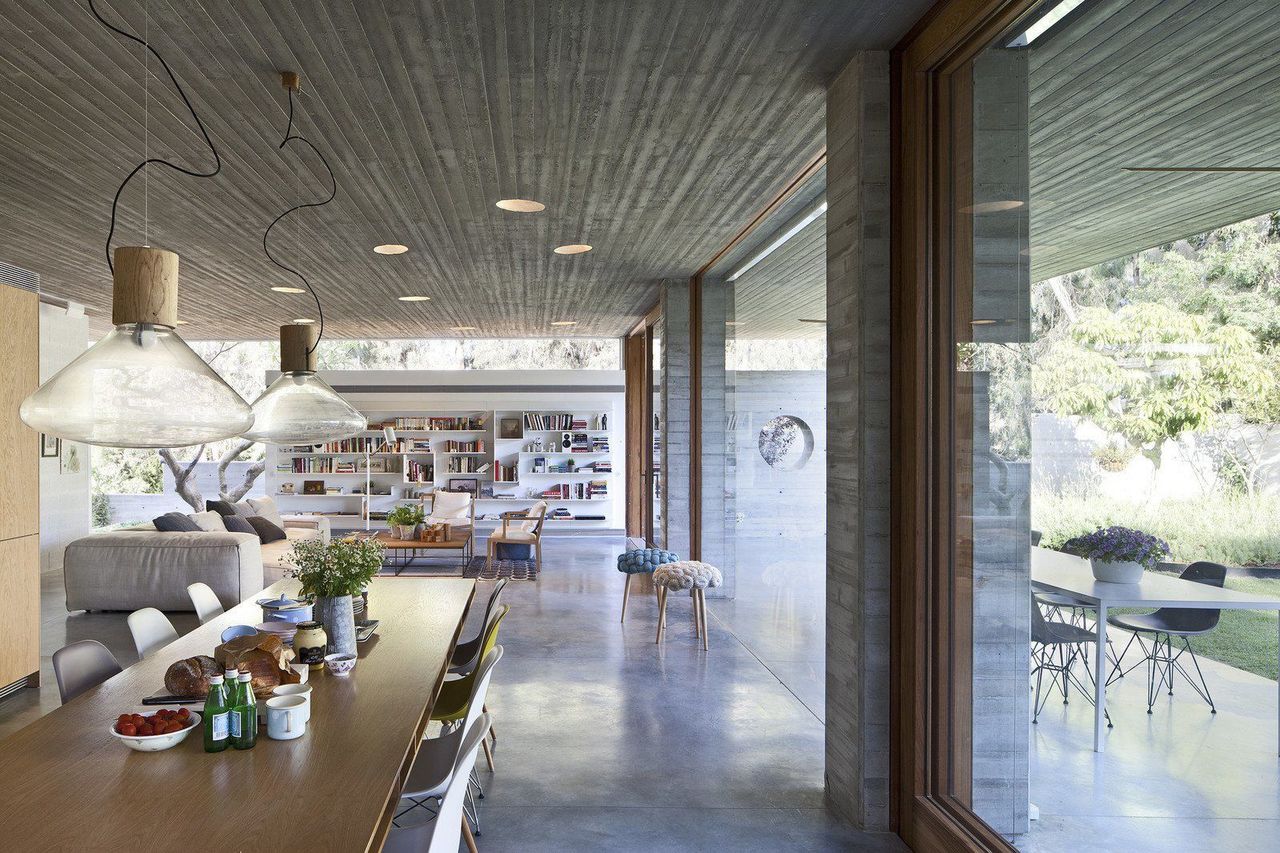 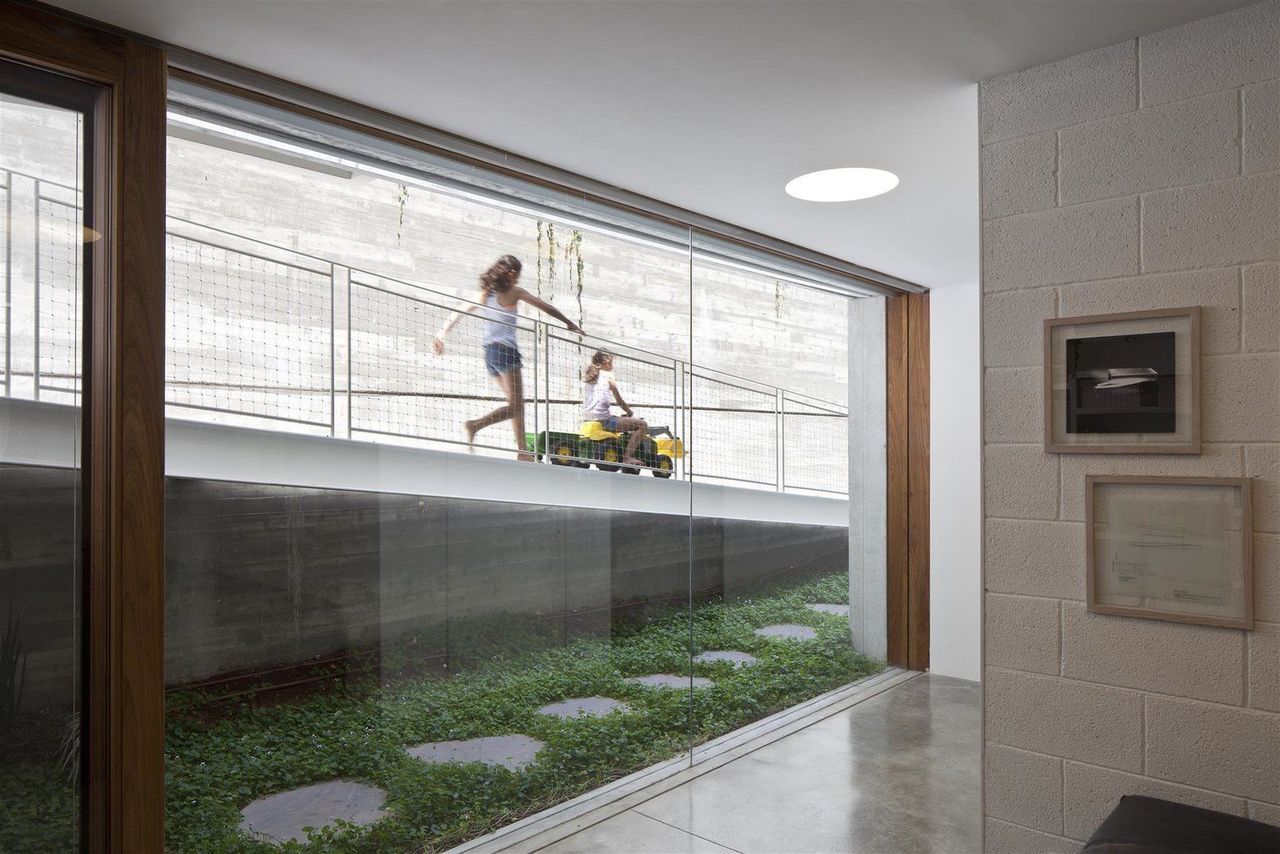 The first floor is on the lower square, while the second floor takes up the upper square, which sits at a higher section of the slope. Exposed concrete, iron, natural wood, silicate brick, a concrete ceiling, and continuous windows work together to create a space that's earthy, yet elegant and modern. 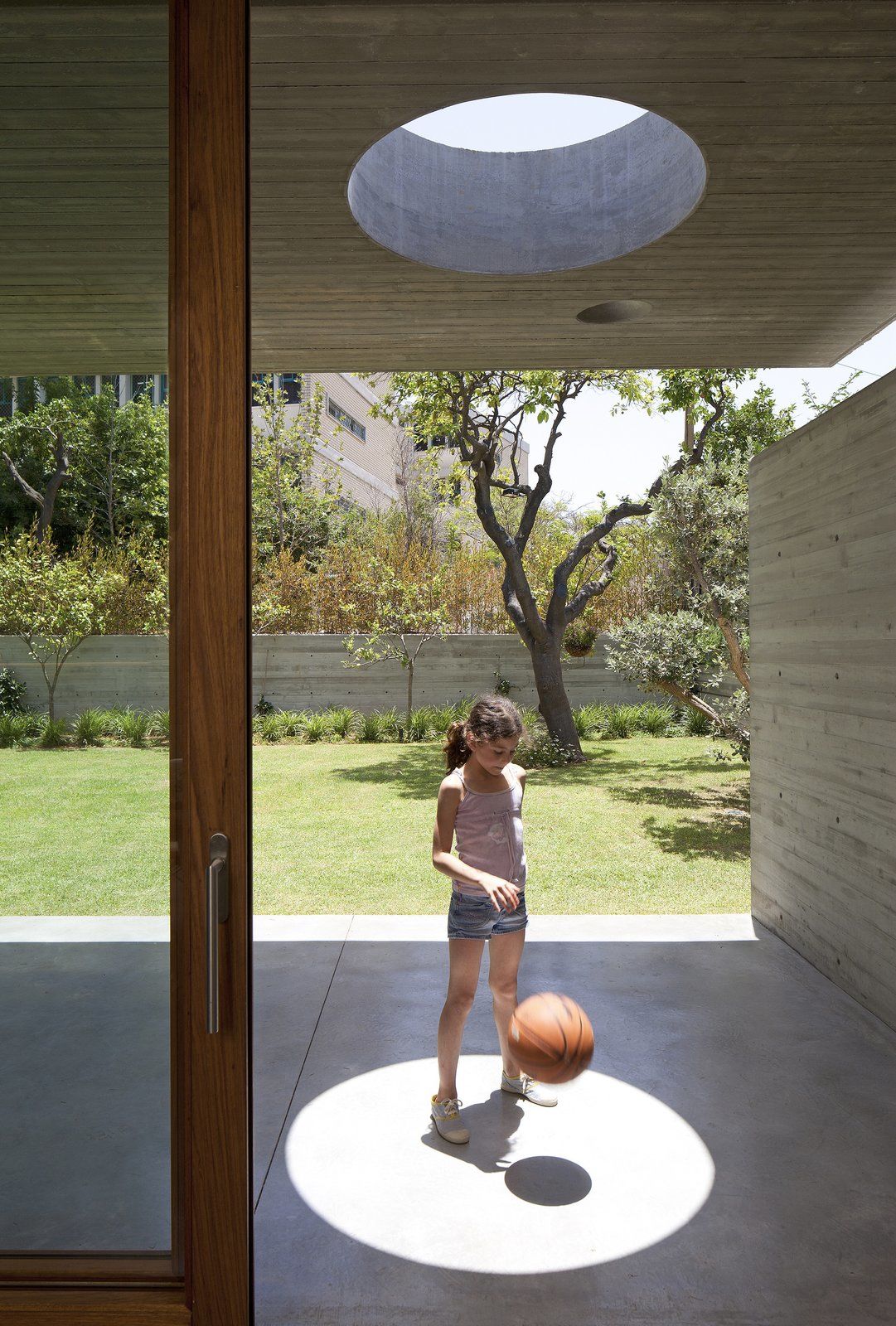 Contrary to what the imposing fortress-like concrete facade might suggest, the interiors of the house are open and bright. Skylights, plenty of glazing, and substantial sliding doors give the interiors a high level of transparency while bringing in plenty of sunlight. 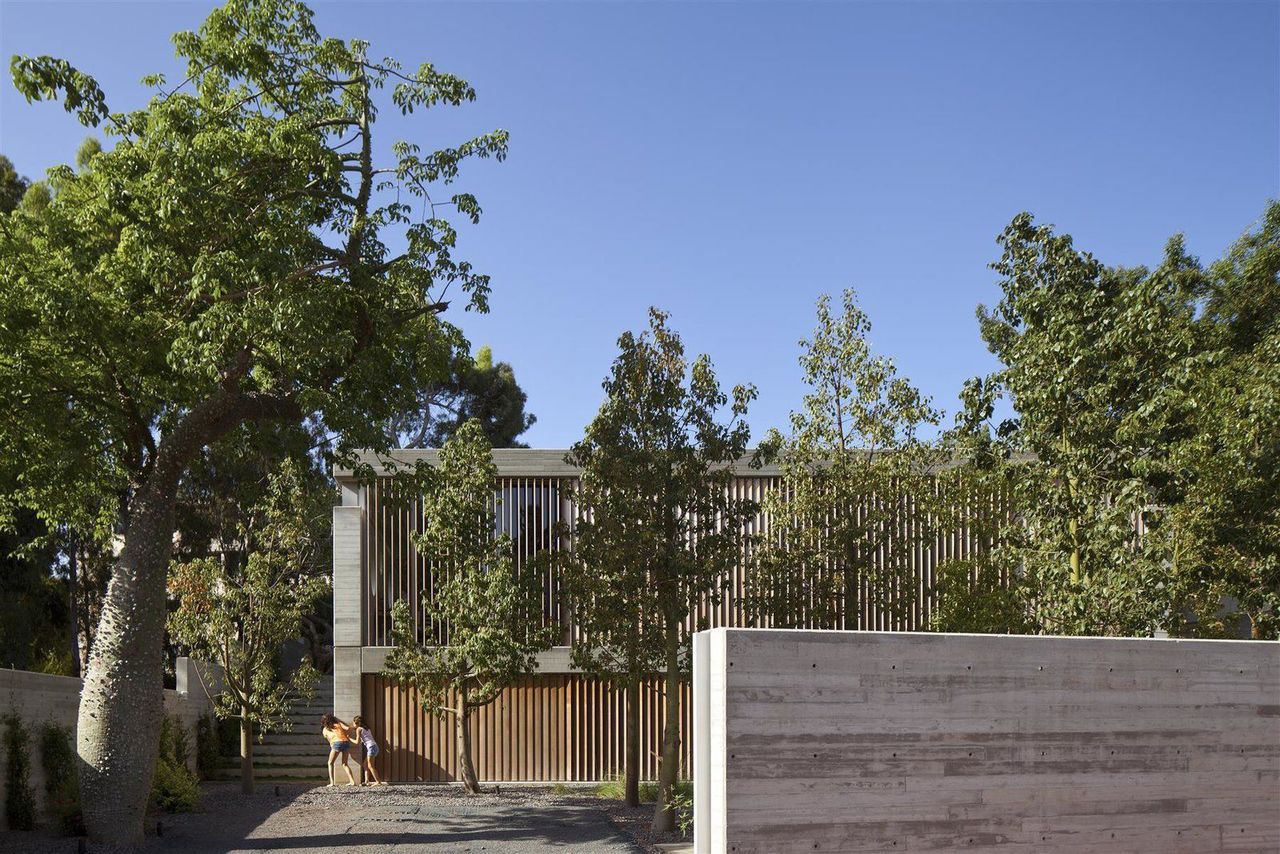 Combining a concrete ceiling and continuous windows with materials such as exposed concrete, iron, uncolored wood, and silicate brick, Kedem created an intriguing and elegant sanctuary. While it may appear enclosed and fortress-like when seen from the outside, it's actually surprisingly open within.

On the upper level, an entrance door is positioned in the cross-section of the stairwell, which leads to the kitchen, living, and dining area. There, massive, frameless floor-to-ceiling windows connect the space to the large enclosed garden. 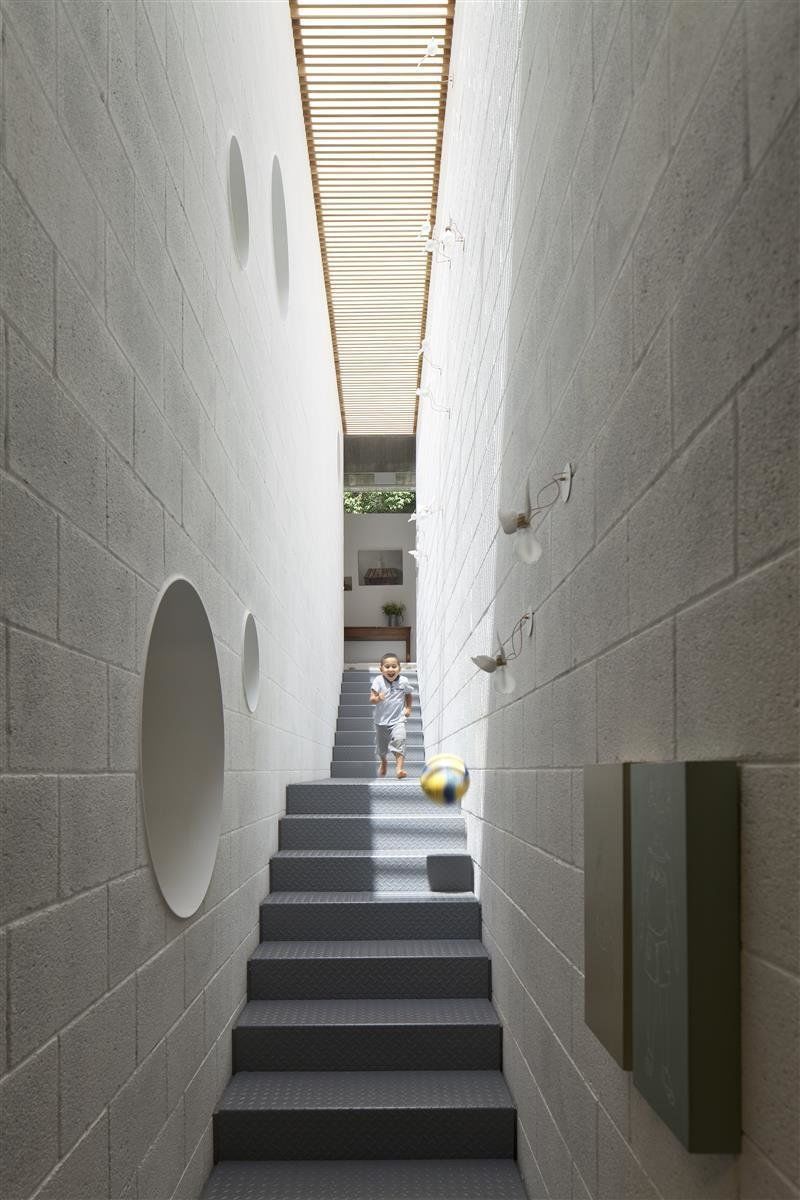 Running along the entire length of the stairwell is a skylight that floods the home with sunshine in the day. Sections of the silicate-brick walls have circular holes cut out from them in order to connect the various rooms visually. Soft furnishings and lighting from designers such as Piero Lissoni, Patricia Urquiola, and Dan Yafe add warmth, texture, and character to the home. 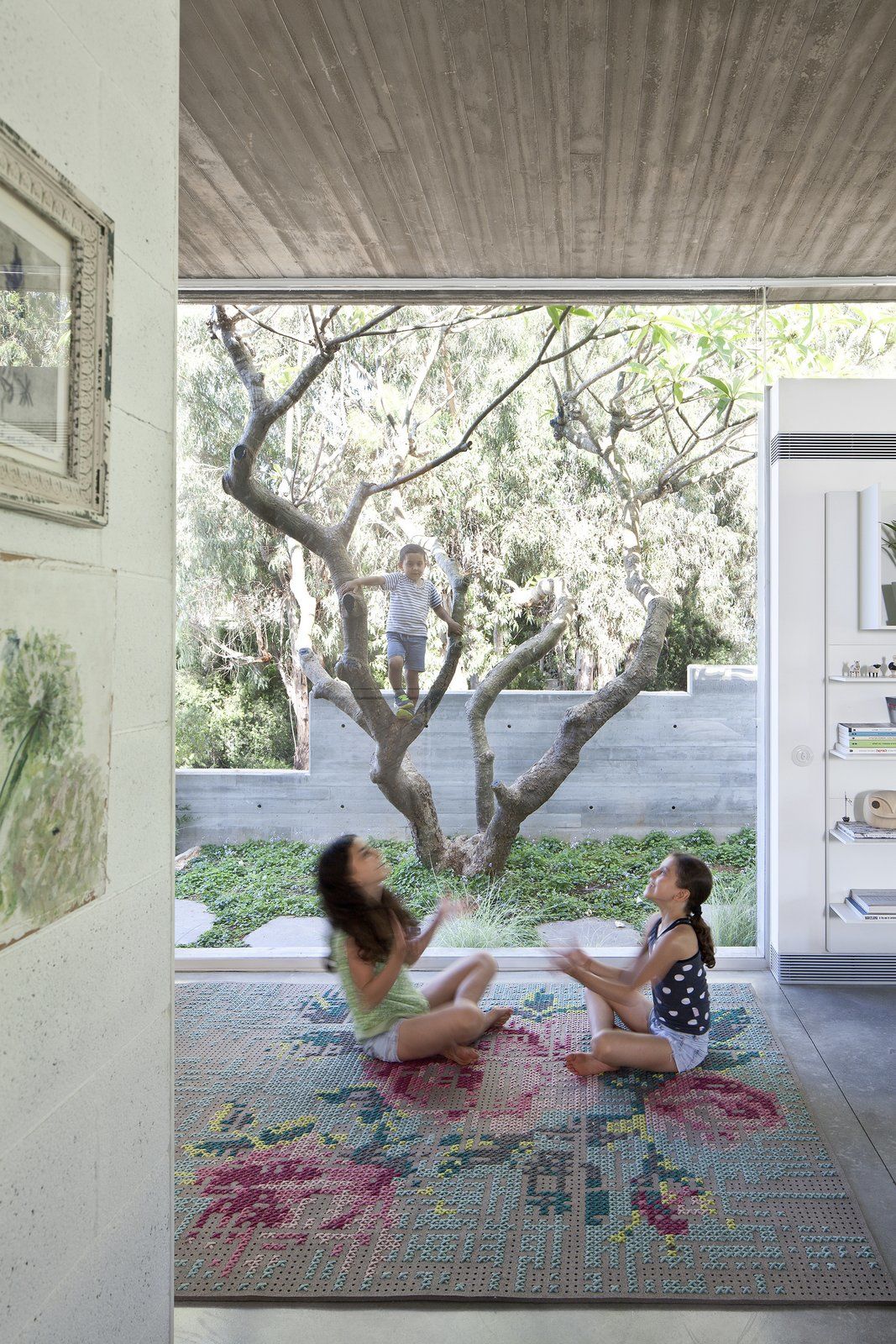 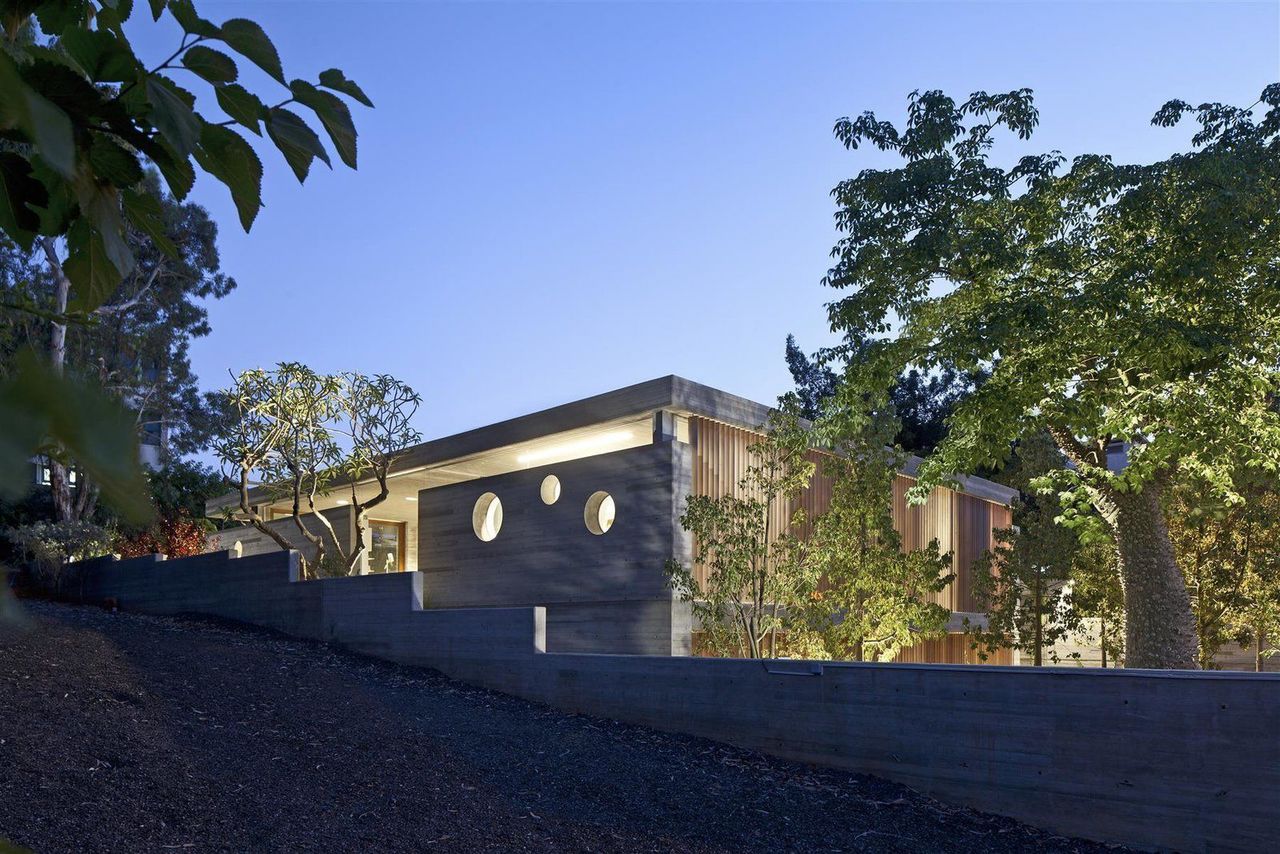