An Acclaimed Architect’s Former Home-in All Its 1980s

In 1981, the acclaimed architect Harold J. Bissner Jr. designed and built his personal dwelling in South Pasadena, California. The site was particularly meaningful to Bissner Jr., who was born in the area in 1925. The distinguished Bissner House served as the late architect’s home for the last nearly four decades of his life. Now, the five-level residence-which is located less than 10 miles from downtown Los Angeles-is on the market. The main entrance to the Bissner House is accessed via a short, descending stairwell that is positioned next to the two-car garage.

To accommodate the sheer slope of the lot, Bissner Jr. designed the residence to rest upon 23 wood piers, which allowed the hillside to remain largely untouched during the construction. The 1981 home features a bold exterior with shed-style roofs, diagonal redwood siding, pipe chimneys, and angular glass windows. Its monochromatic and earth-toned facade evokes the popular modernist palette. 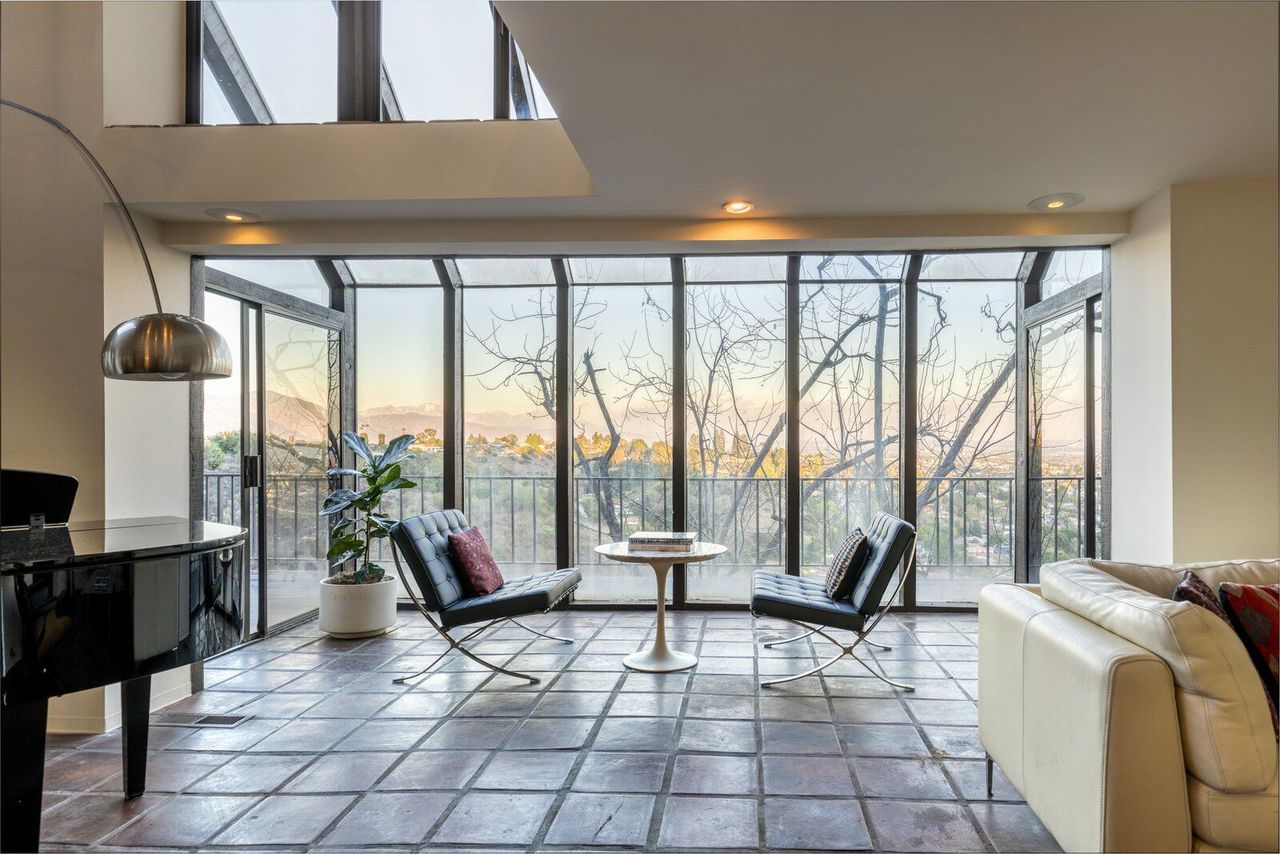 Inside the 3,870-square-foot residence, an open floor plan features an abundance of original architectural details, including cathedral ceilings and Saltillo tile floors. A floating staircase connects four of the home’s levels, while vintage light fixtures are peppered throughout the living spaces, which adds to the home’s time-capsule allure. 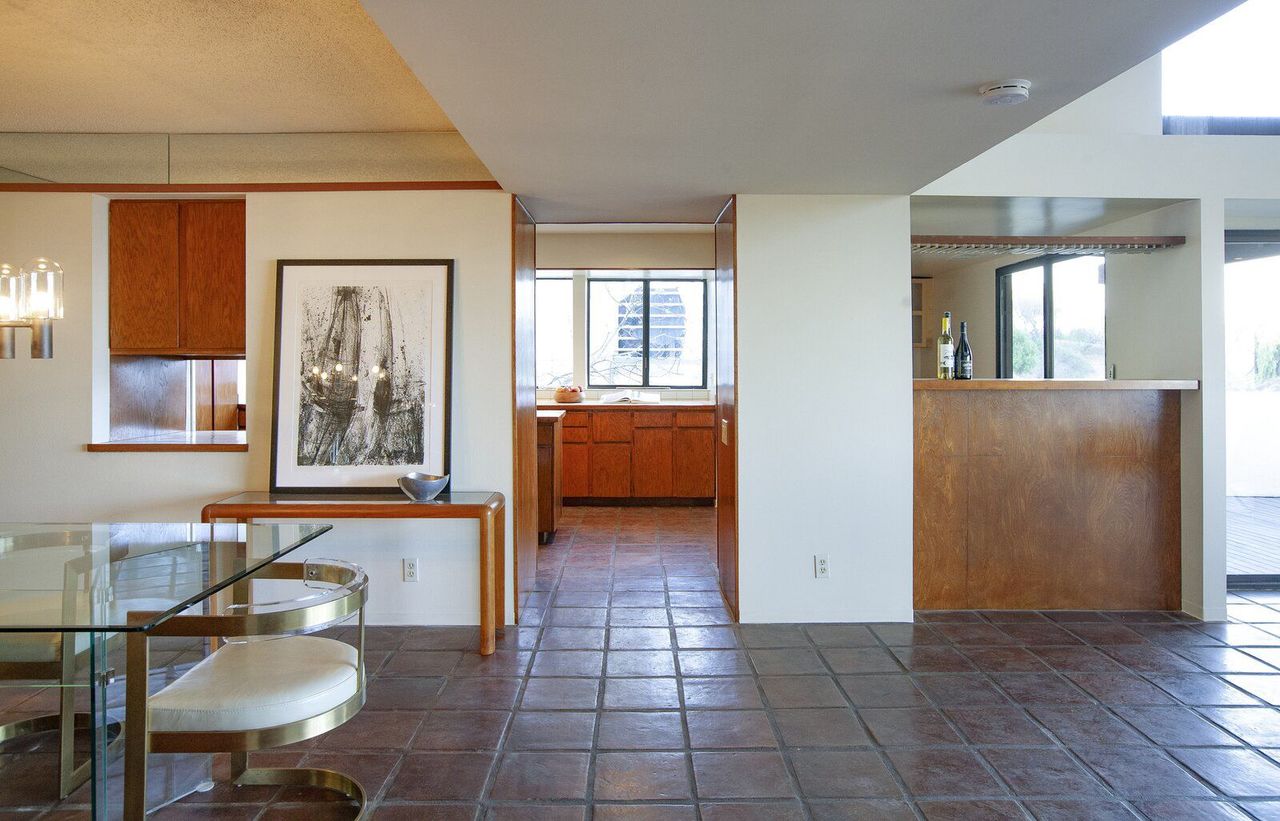 An open layout connects the dining room and kitchen with the other primary living spaces.

The Bissner House offers four bedrooms, five bathrooms, and several decks that allow for a seamless indoor/outdoor flow. While Bissner Jr. lived in the home, he executed two additional renovations. The architect added his own office space, as well as a Japanese-inspired penthouse sunroom with a covered deck, wood latticework, and kawara–style roof tiles. Smoked mirrors wrap the dining room walls just below the ceiling. On one side of the space, the original built-in shelving offers additional storage.

Bissner Jr. (who spent years as an apprentice to his eponymous architect father) opened his own firm in 1951 and practiced until approximately 2010. His most notable residential projects include the 1970 Volcano House in Newberry Springs, California, as well as the 1954 Sechler House and 1966 Casa Azulejo House-both of which are sited nearby in Pasadena. Scroll ahead to see more of Bissner Jr.’s impressive former residence, which is currently listed for $1,935,000. 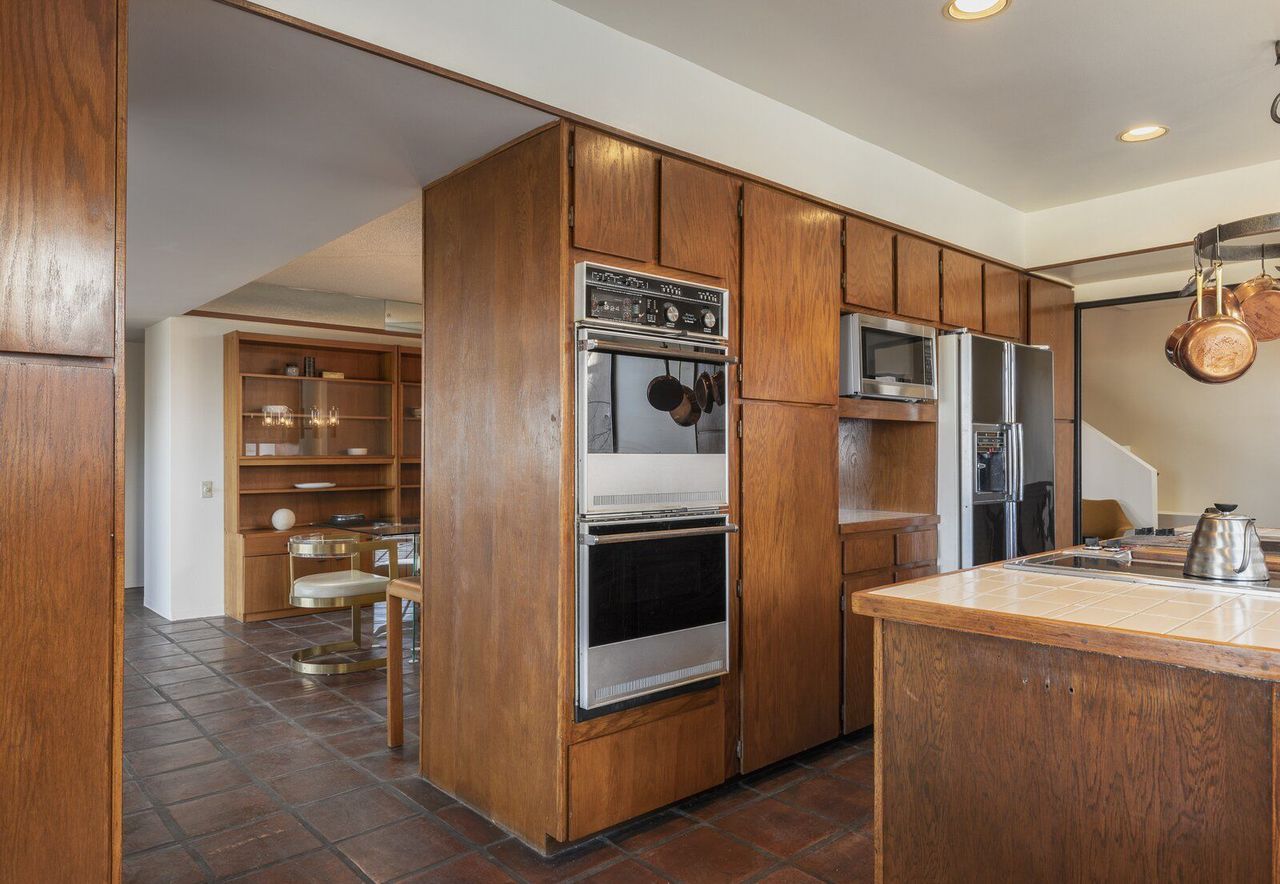 Upgraded appliances in the kitchen contrast with the original cabinetry. 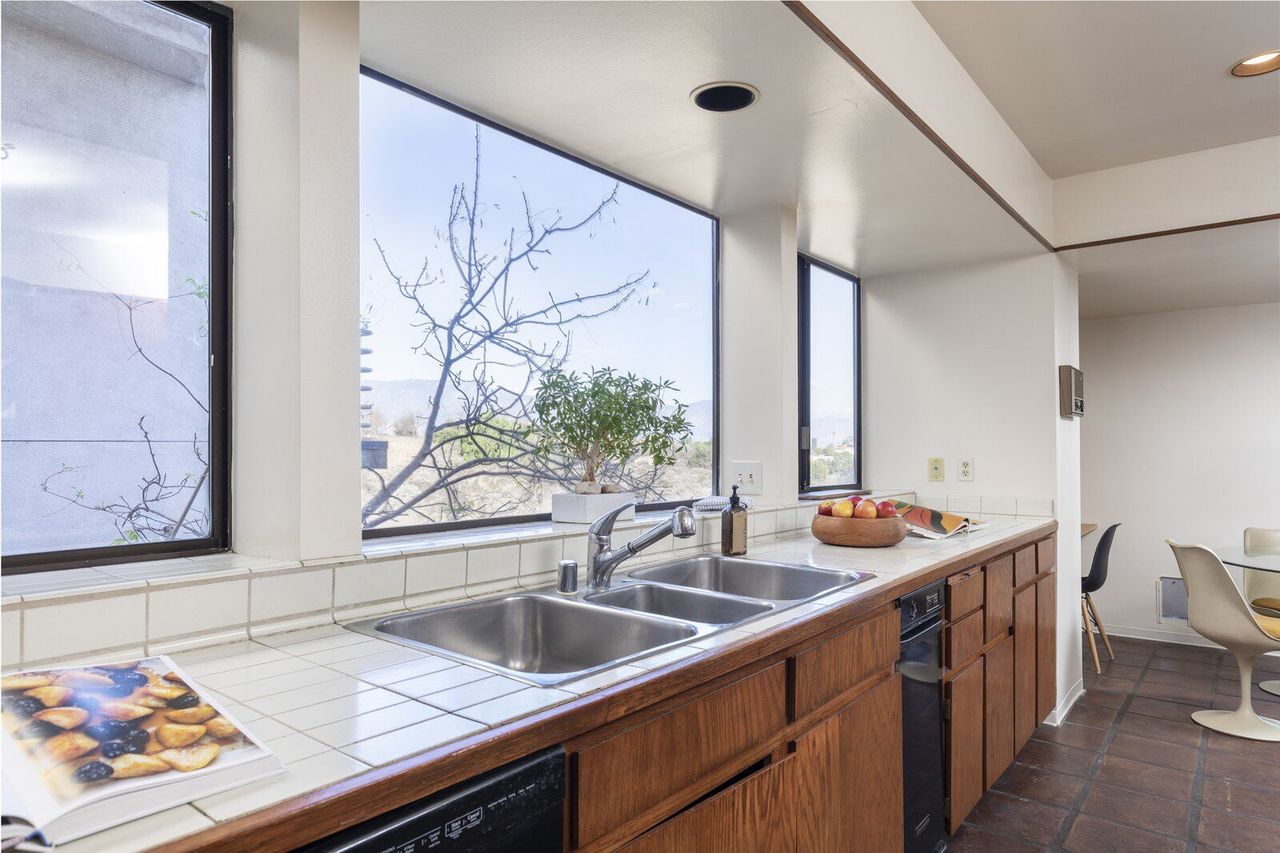 In the kitchen, large windows above the tiled countertops offer spectacular views of the surrounding scenery. An informal breakfast nook is located in the corner. 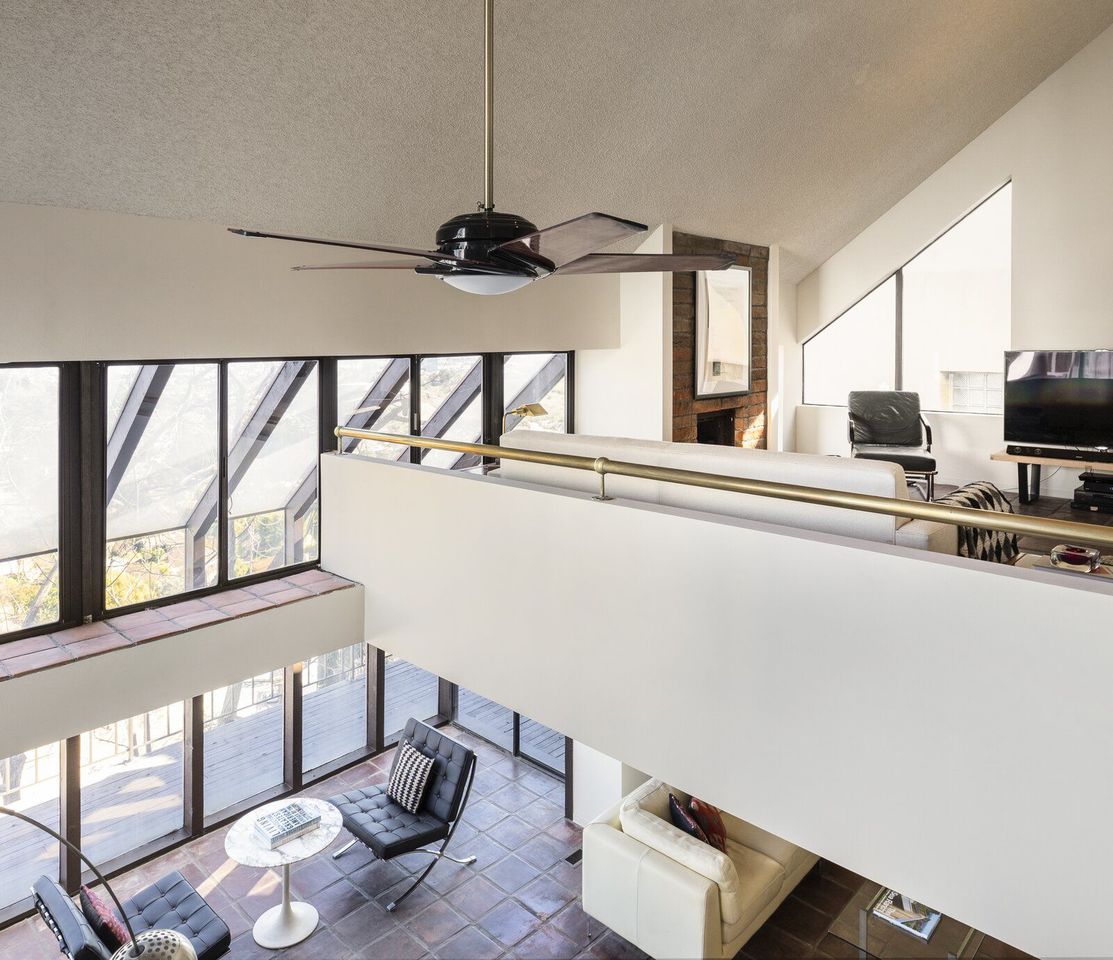 A light-filled mezzanine with brass-rail accents sits above the primary living spaces. The spacious principal suite includes a fireplace and lounge area. 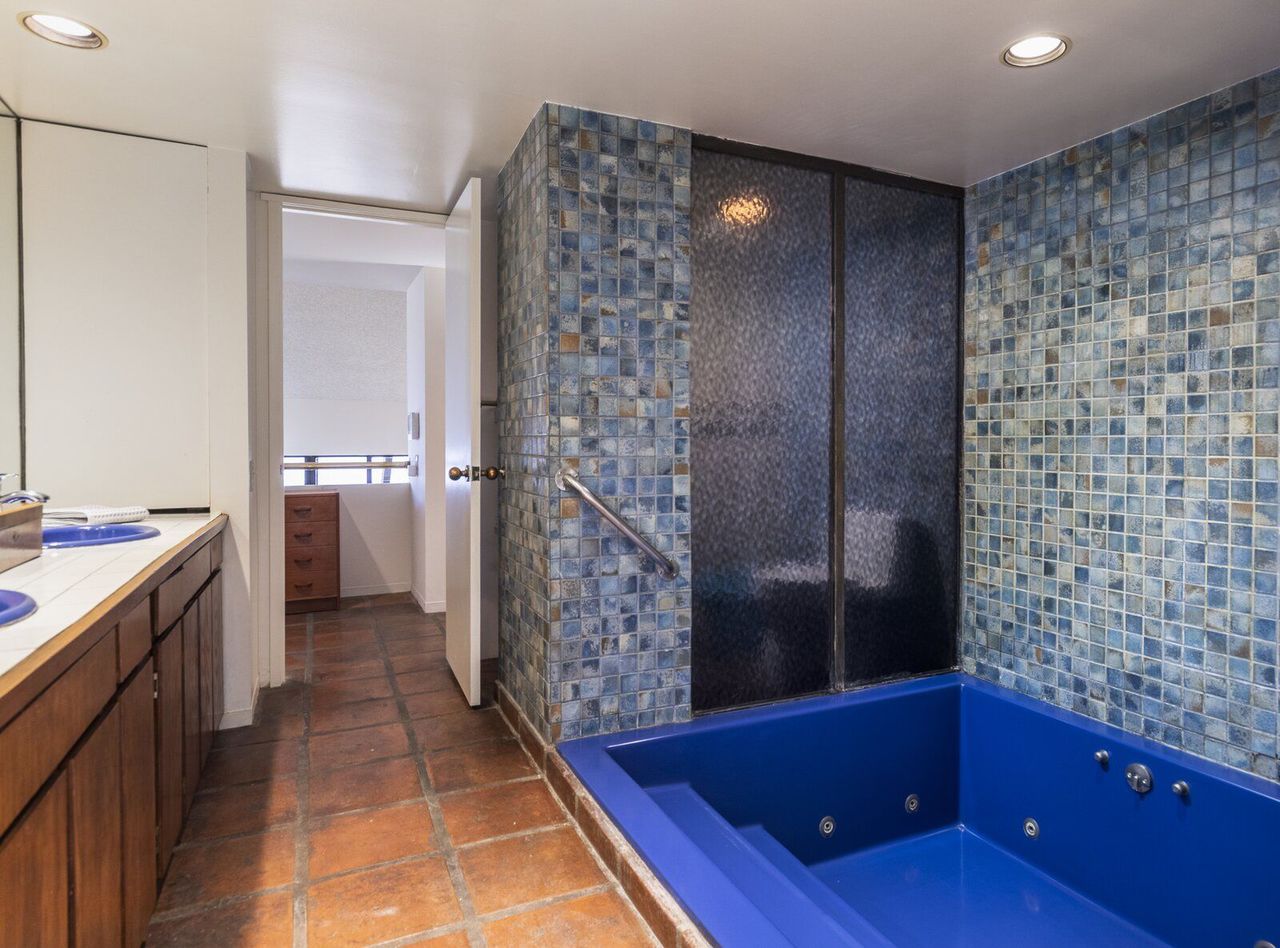 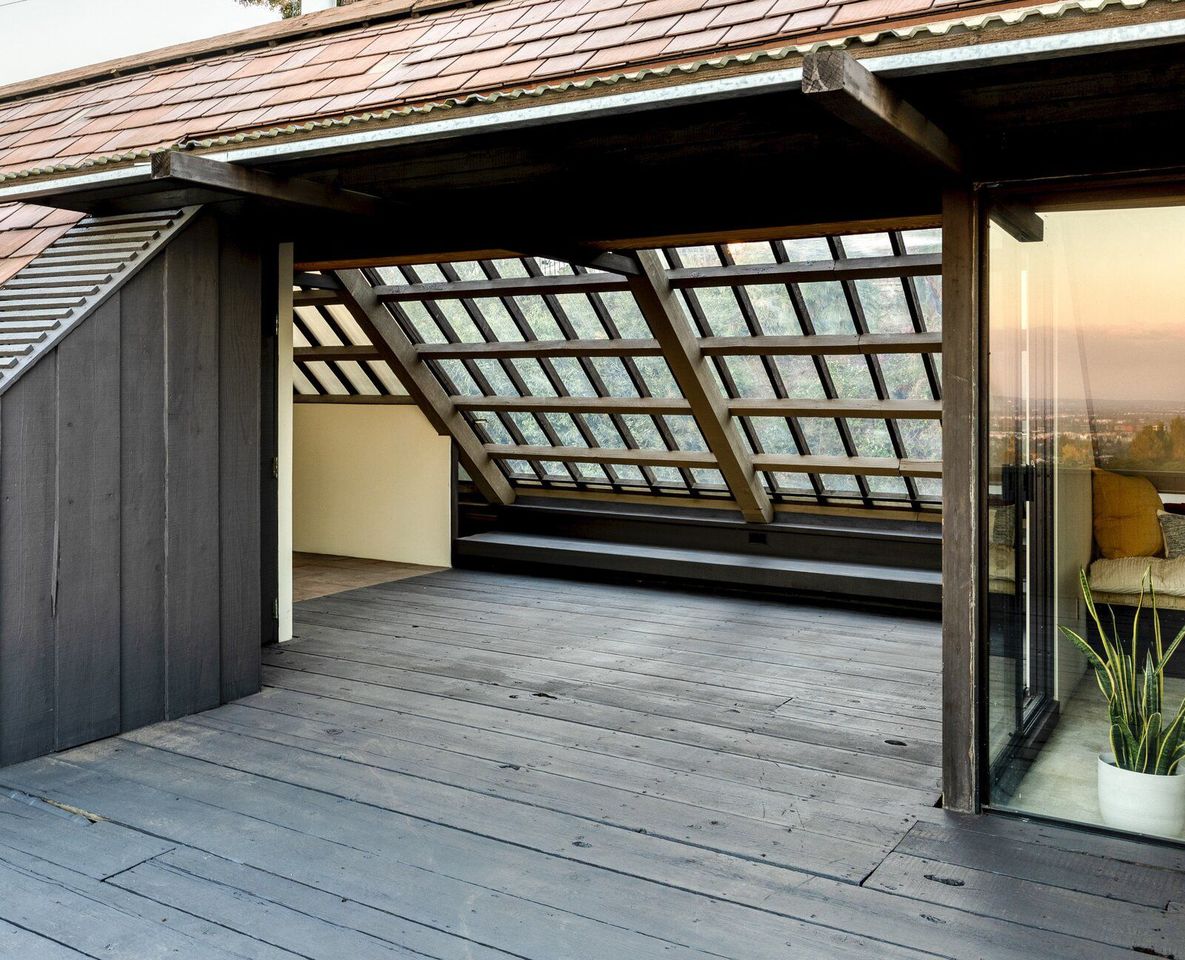 Bissner Jr.’s design for the penthouse solarium was inspired by his recurring trips to Japan. While most of his visits were for work purposes, one took place for his own wedding-the architect married his longtime partner, Lela Owen, in Tokyo in 1979. The Japanese-inspired solarium on the upper level also includes a carpeted sunroom. One of the Bissner House’s four bedrooms features a connected bathroom. Bissner Jr. designed and built his own architectural office in the South Pasadena home.