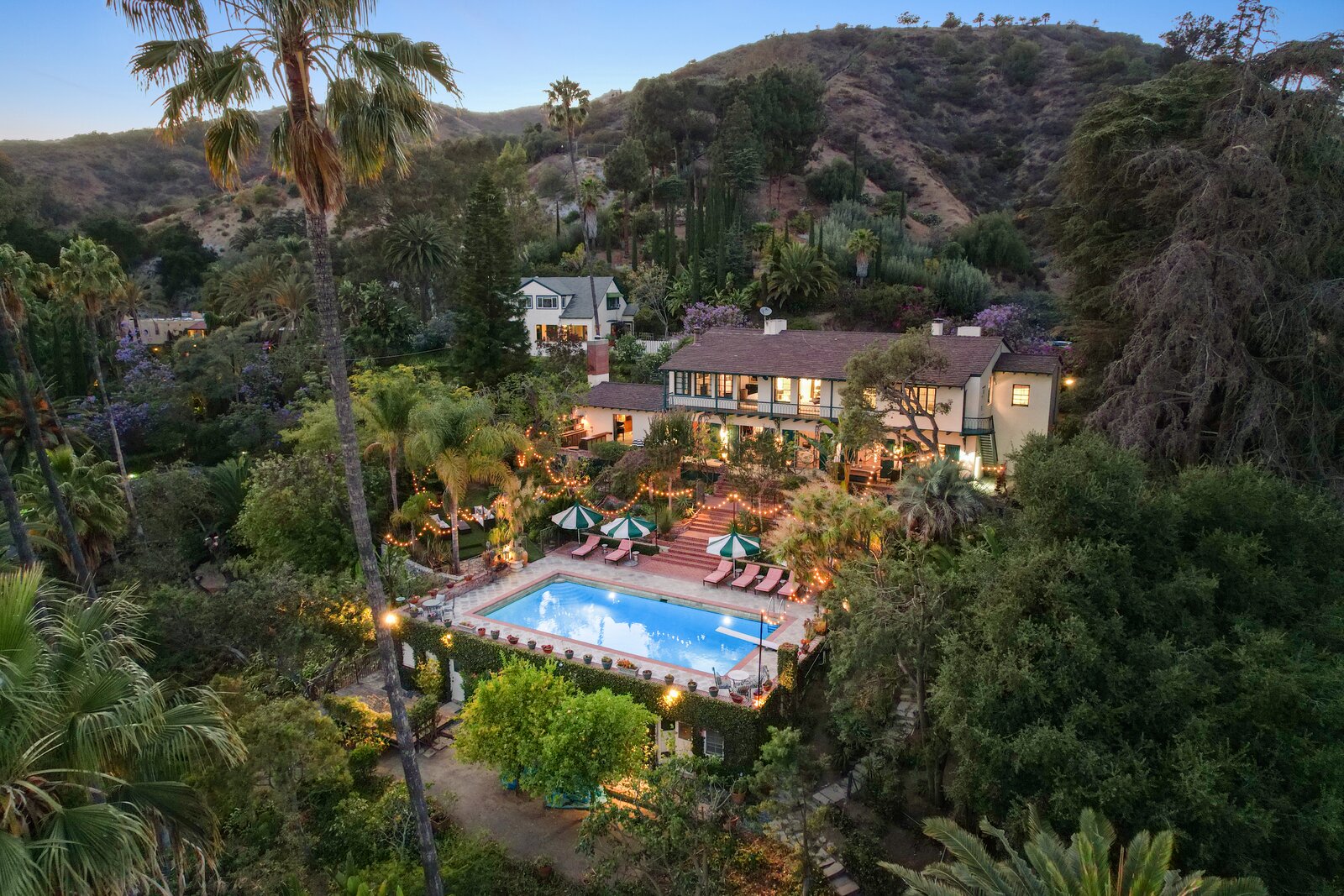 For those nervous to commit, the six-acre compound can also be rented for a whopping $45K per month.

Having found themselves spending more time on the Nevada half of Lake Tahoe, power couple Helen Mirren and Taylor Hackford are now seeking to cut ties with their longtime Hollywood Hills home. Dating back to the early 20th century, the 10,200-square-foot estate sits on a six-acre landscaped lot, and it has only exchanged hands four times since being built in 1911. 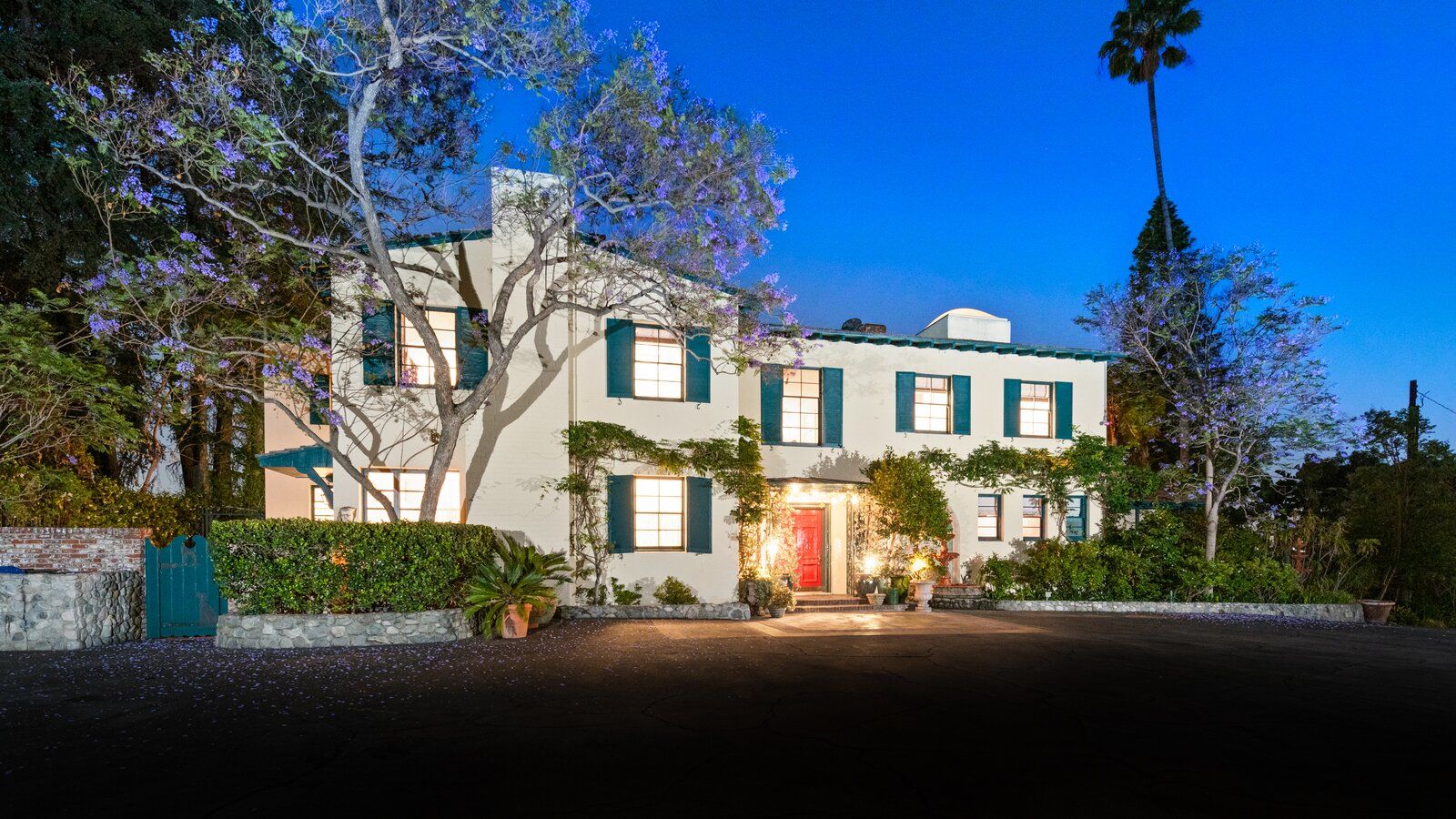 Completed in 1911, the pedigreed Hollywood estate has only had a few owners, including: Dustin Farnum, star of DeMille's Squaw Man; Mark Hellinger, a writer/producer whose short story inspired the film The Roaring Twenties; Gail Patrick, executive producer of the Perry Mason television series; and most recently, Mirren and Hackford who acquired the property in the 1990s.

Oscar-winning British actor Helen Mirren was appointed Dame by Queen Elizabeth in 2003-and her partner, American director Taylor Hackford is a fellow Oscar winner. The couple purchased the estate 30 years ago, and they have spent the last three decades thoughtfully remodeling it both inside and out. Today, the expansive compound offers 9 bedrooms, 11 baths, a separate guesthouse, and a five-car garage. 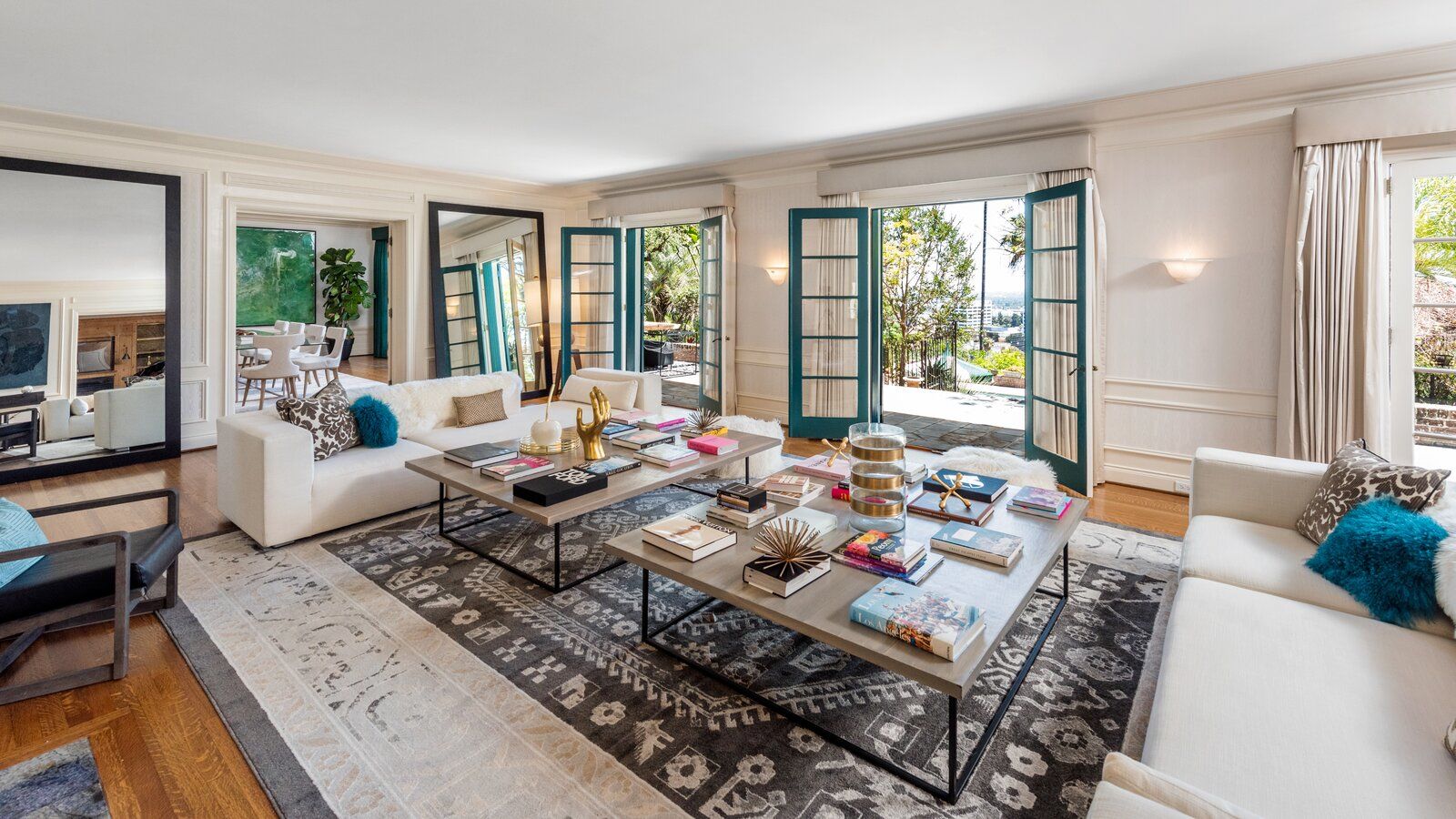 The home’s interior offers a calming environment for relaxing and unwinding. The spacious living areas lend to both small- and large-scale gathering.

A bright, open layout connects the home’s living areas-all of which have grand proportions. Tall ceilings enhance the sense of space, while multiple sets of French doors usher in crisp hilltop breezes and cater to easy indoor/outdoor flow. 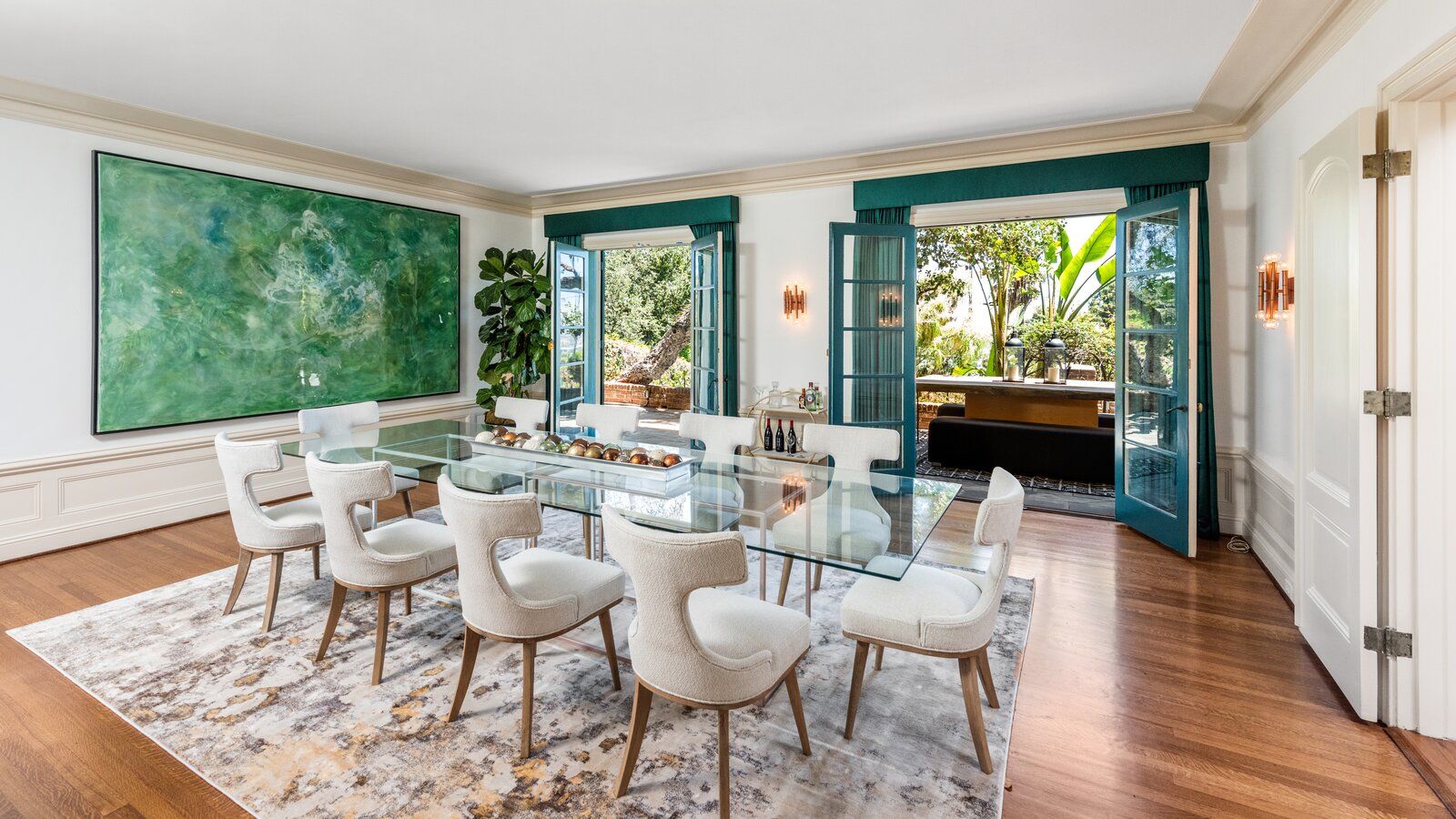 The formal dining area enables easy indoor/outdoor living with French doors that open up to an expansive deck.

In addition to a range of formal and casual gathering areas, the dwelling presents many notable features, including refinished hardwood floors, original fireplaces, a paneled library, and a fully equipped bar. 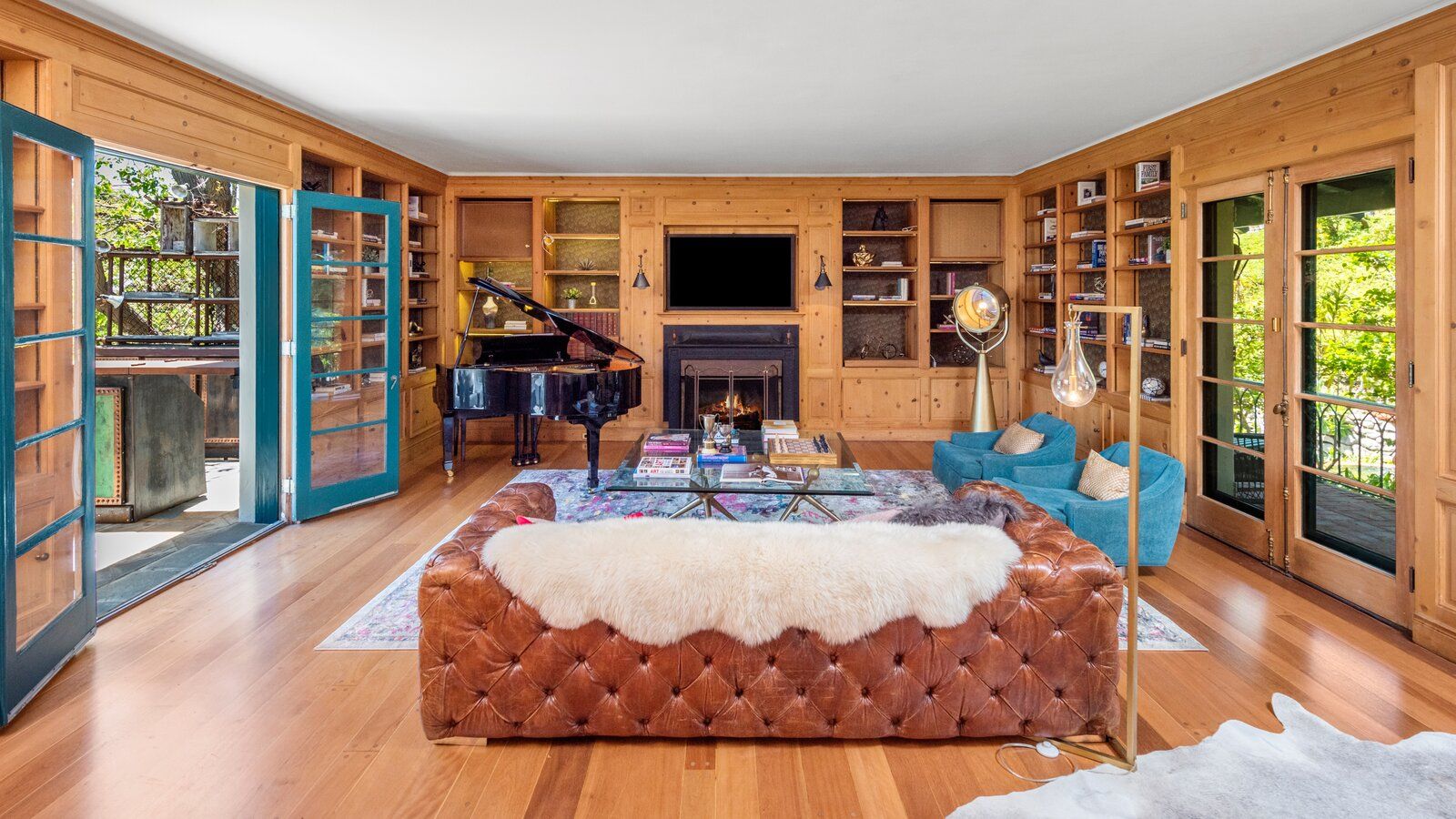 French doors flank both sides of the wood-paneled library, allowing plenty of natural light inside. The custom built-ins lining the room are original to the home.

Outside, an entertainer’s paradise awaits, complete with a large pool and several gathering areas peppered throughout the gated grounds. The home’s elevated site presents striking city and canyon views. 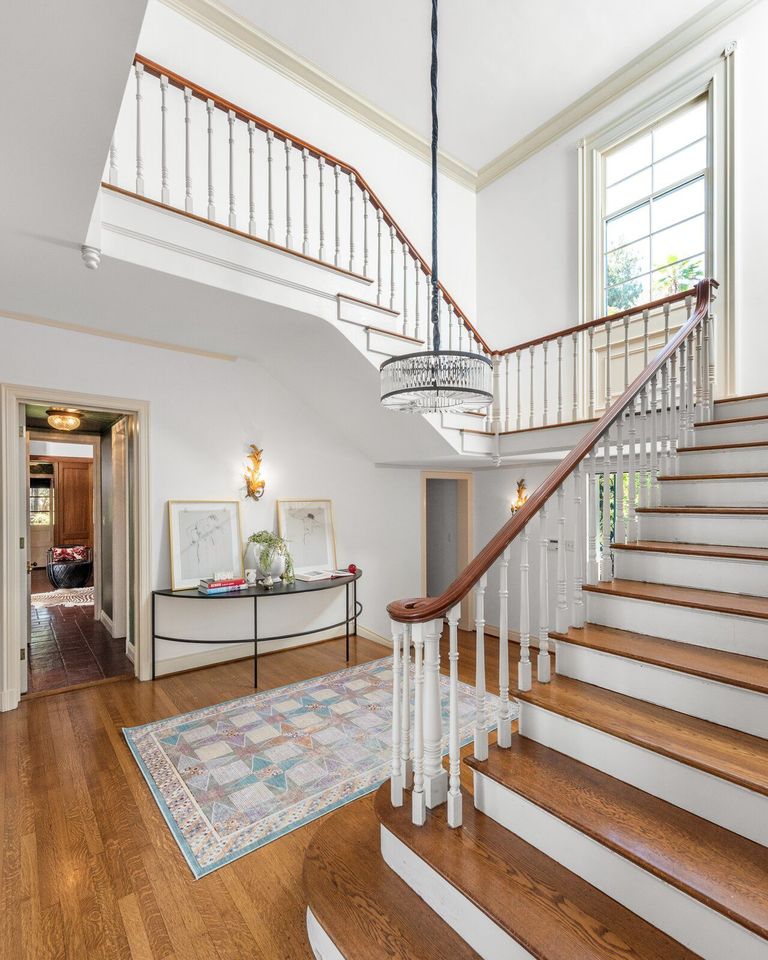 Refinished hardwoods run throughout the first floor, contrasting with the wide wooden staircase that leads up to the main bedroom wing.

While the Hollywood couple are seeking a new owner for their luxe estate, they are also open to renting out the property on a monthly basis. Scroll ahead to see more of the compound, now listed for $18,500,000. 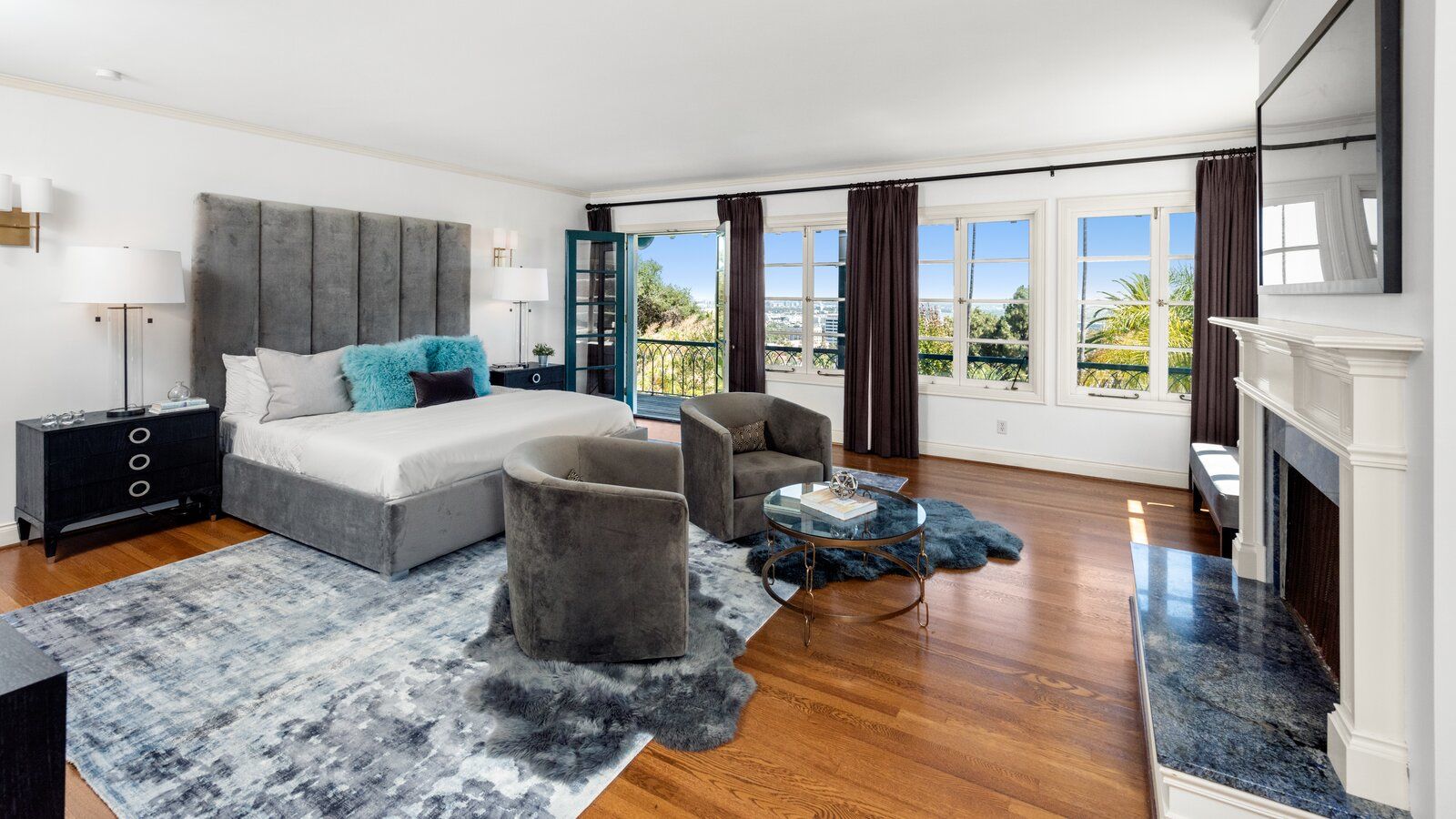 Large windows line the walls in the primary suite, framing captivating views of the city beyond. 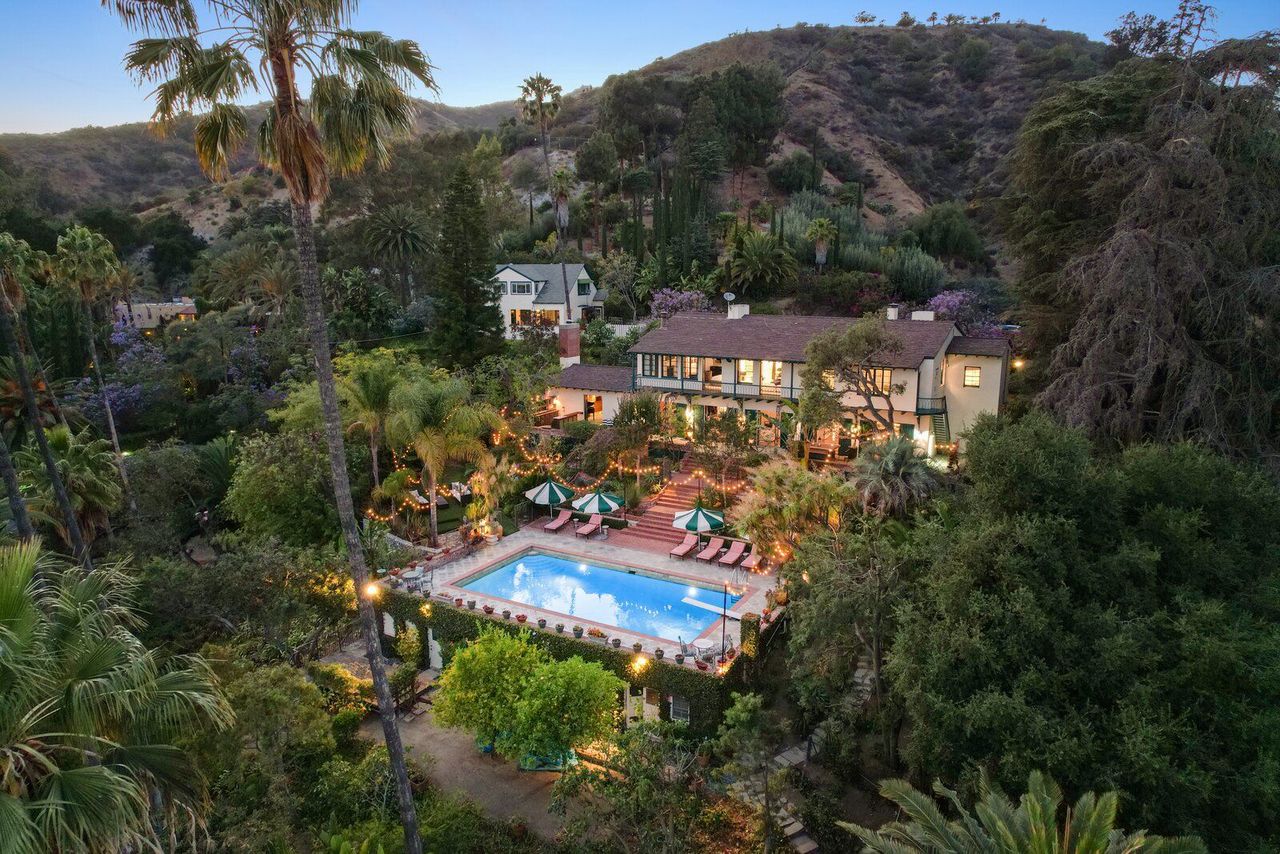 An aerial view showcases the property’s lush setting and wide backyard terrace-an idyllic hub for lounging, dining, and entertaining. The structure behind the main residence is the three-bedroom guesthouse. 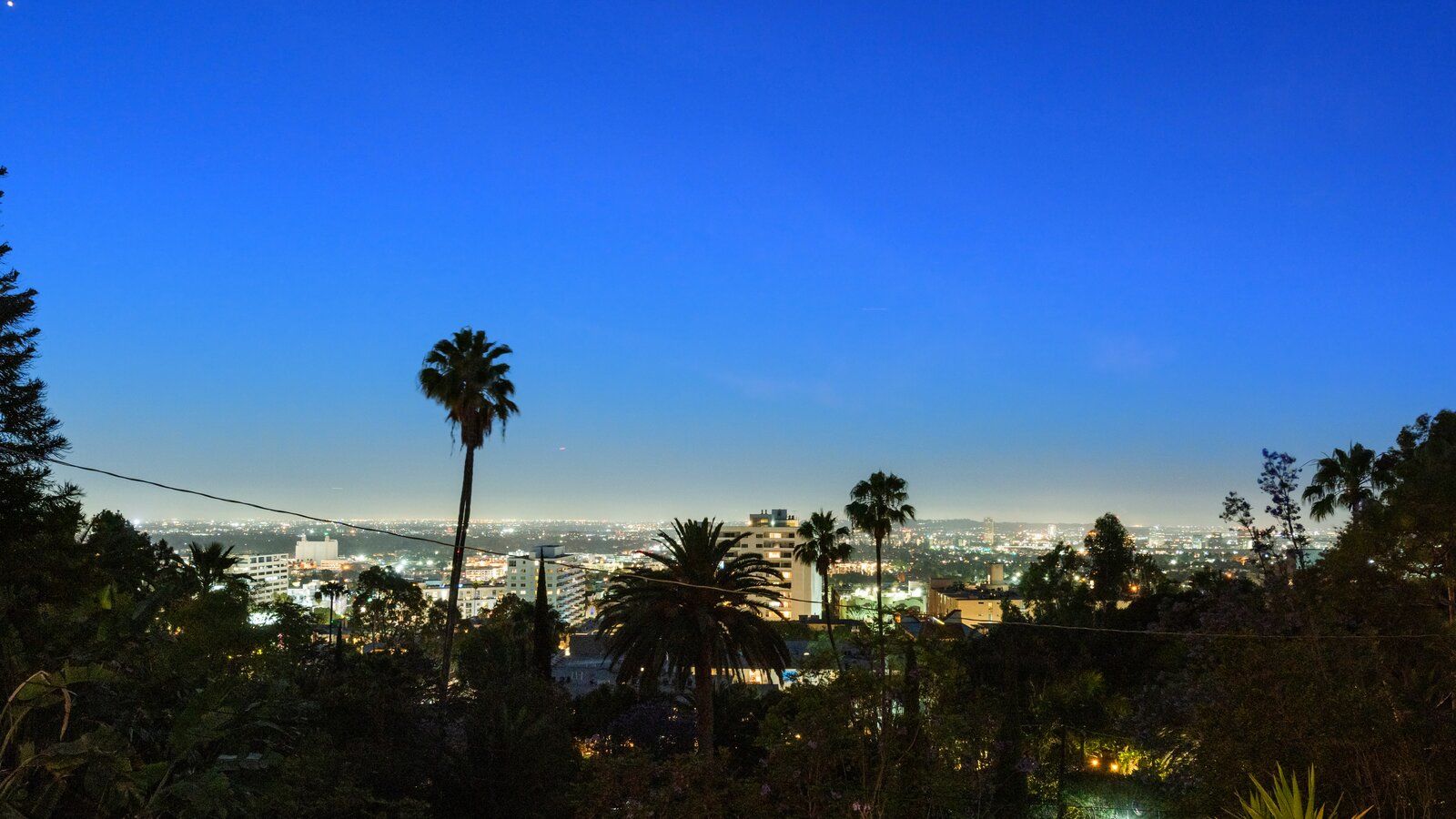 The compound is a secluded oasis conveniently nestled into the Hollywood Hills.