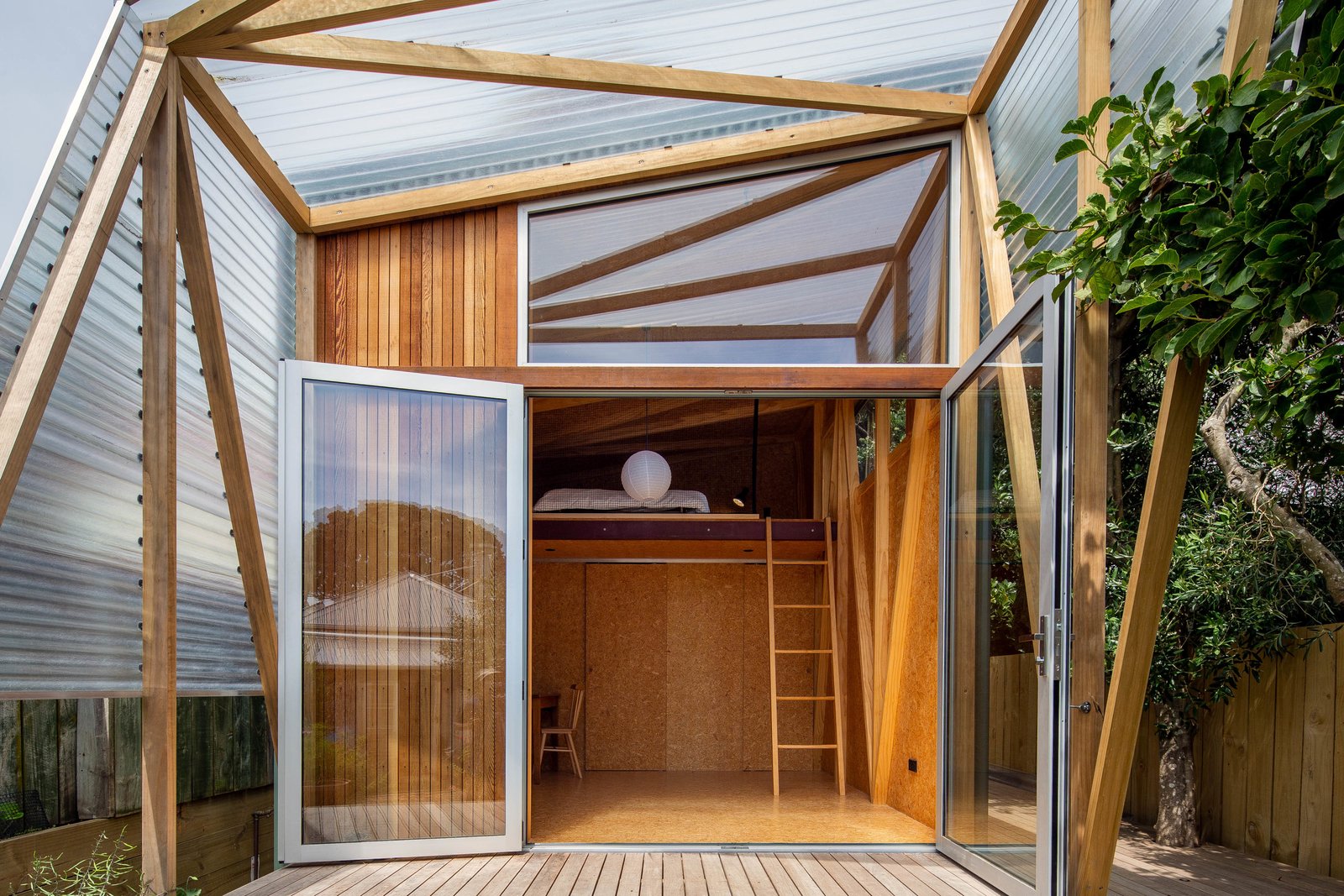 A translucent pergola shades this 183-square-foot garden studio made from hardy OSB.

A Wellington, New Zealand, couple loved their neighborhood of Berhampore, but found that with two young sons, they were running out of space. They called on Parsonson Architects to devise a solution, which came in the form of a 183-square-foot studio in the backyard of their two-bedroom Victorian cottage.

"Set against a backdrop of mature trees at the end of the garden," says founder Gerald Parsonson, "the new studio provides extra space for play, study, and sleeping." 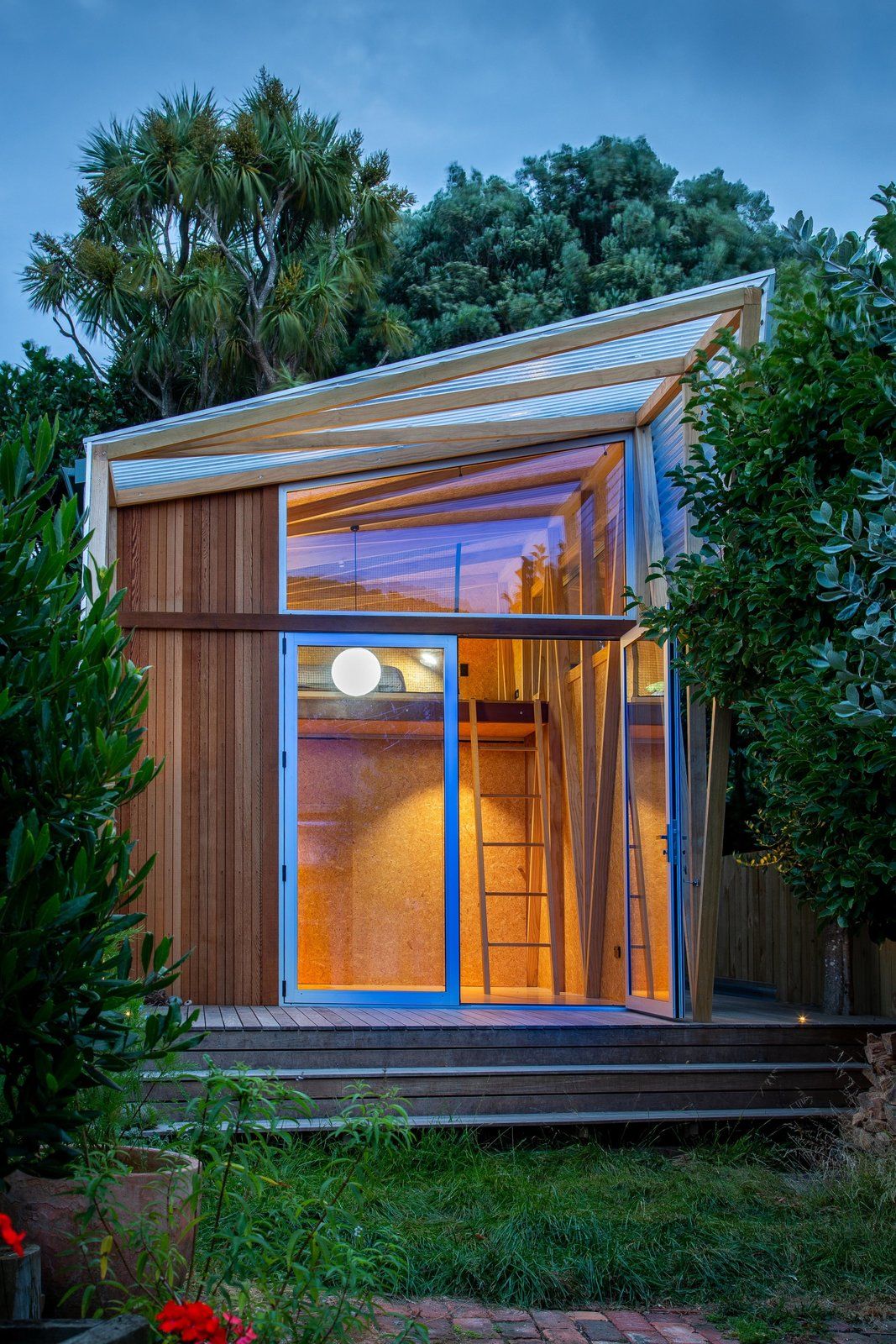 The backyard studio that architect Gerald Parsonson designed to expand a young family’s living space features a wraparound deck that connects the hideaway to the garden.

Facing north, Herald Garden Studio looks toward the main house and captures midday sun with a front facade that’s mostly glass. This opens onto a deck that wraps around the west side, skirting an existing olive tree and connecting the studio to the lawn. A pergola made from opaque, corrugated polycarbonate extends from the front facade and protects against weather; the materiality of the pergola diffuses both sunlight and artificial light, creating an ambient glow. 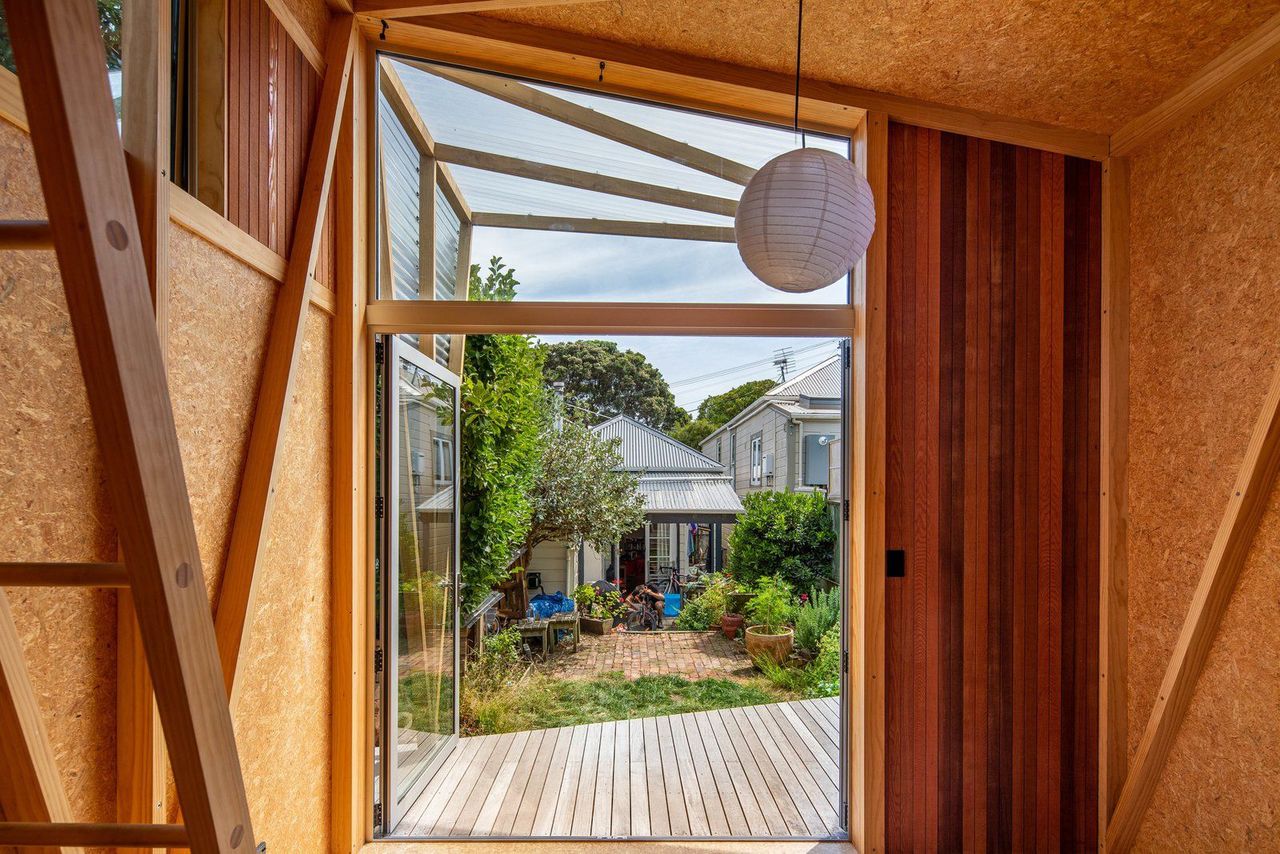 .Parsonson selected green, corrugated Colorsteel for the roof and the rear and side walls. "It’s an inexpensive and practical product," the architect says. "Its green color relates to the garden setting." 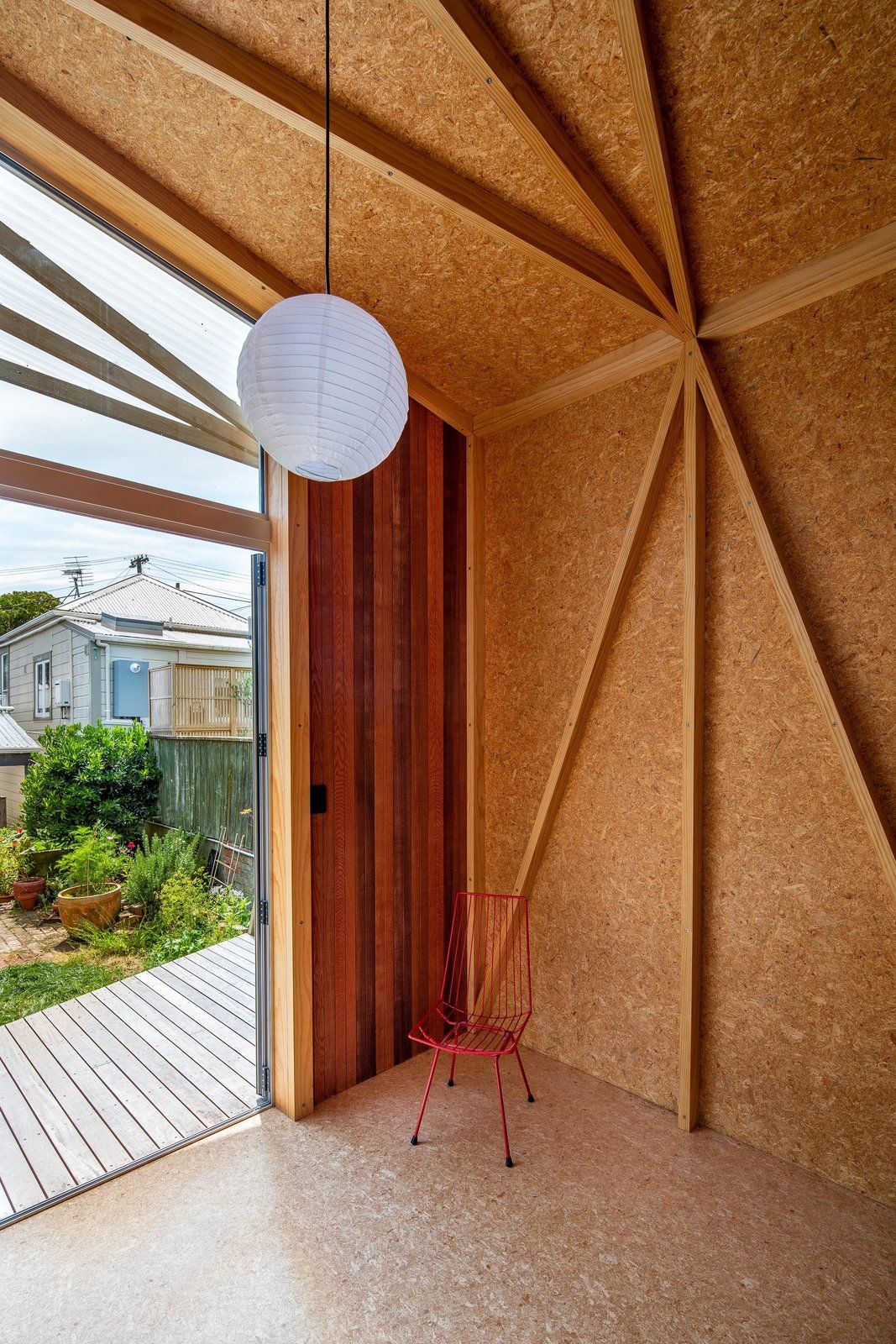 Inside, the floors, walls, doors, ceiling, and bathroom cabinetry are all made from oriented strand board, or OSB. "It’s economical, robust, and easy to care for," Parsonson says. "It [also] gives a nice, glowing, honey color to the interior." The simple floor plan places the bathroom and storage area at the rear, and a sleeping and play area on the loft-like second level. A sizable horizontal window in the sleeping loft "allows for views across the valley and for the afternoon sun to come in," says Parsonson. The living and office area is toward the front of the first level, which connects to the deck and the yard beyond. 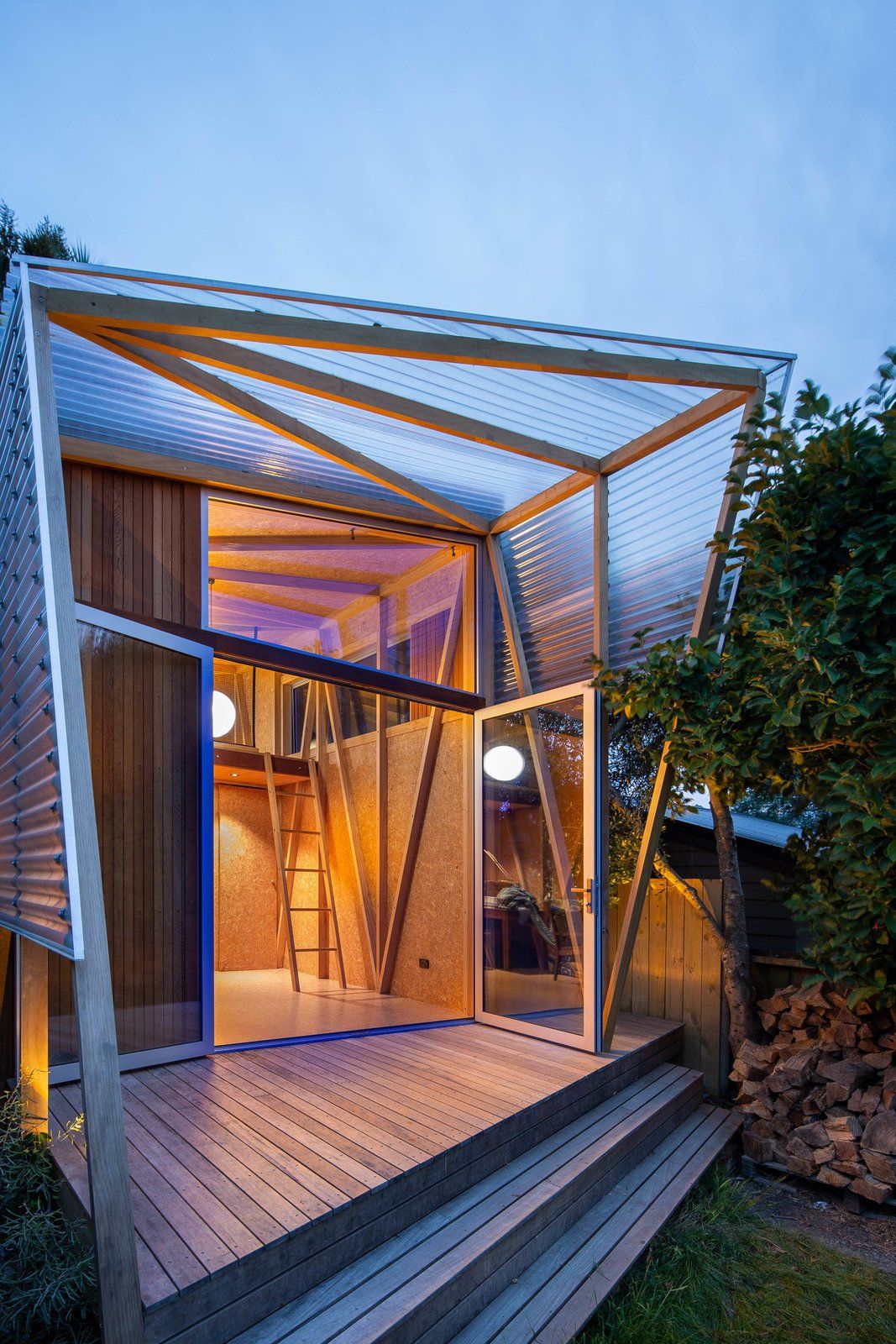 A pergola made of opaque, corrugated polycarbonate extends from the front facade and guards against bright sunlight, wind, and rain.

"Buildings like this allow urban density to be created in a gentle way and for us to retain existing dwellings," Parsonson says. "In this case, my clients were faced with the prospect of having to buy a larger house further out in the suburbs. This property is small, but it’s located a cycle ride away from the city center. The studio gives them the ability to continue living in the neighborhood they love." 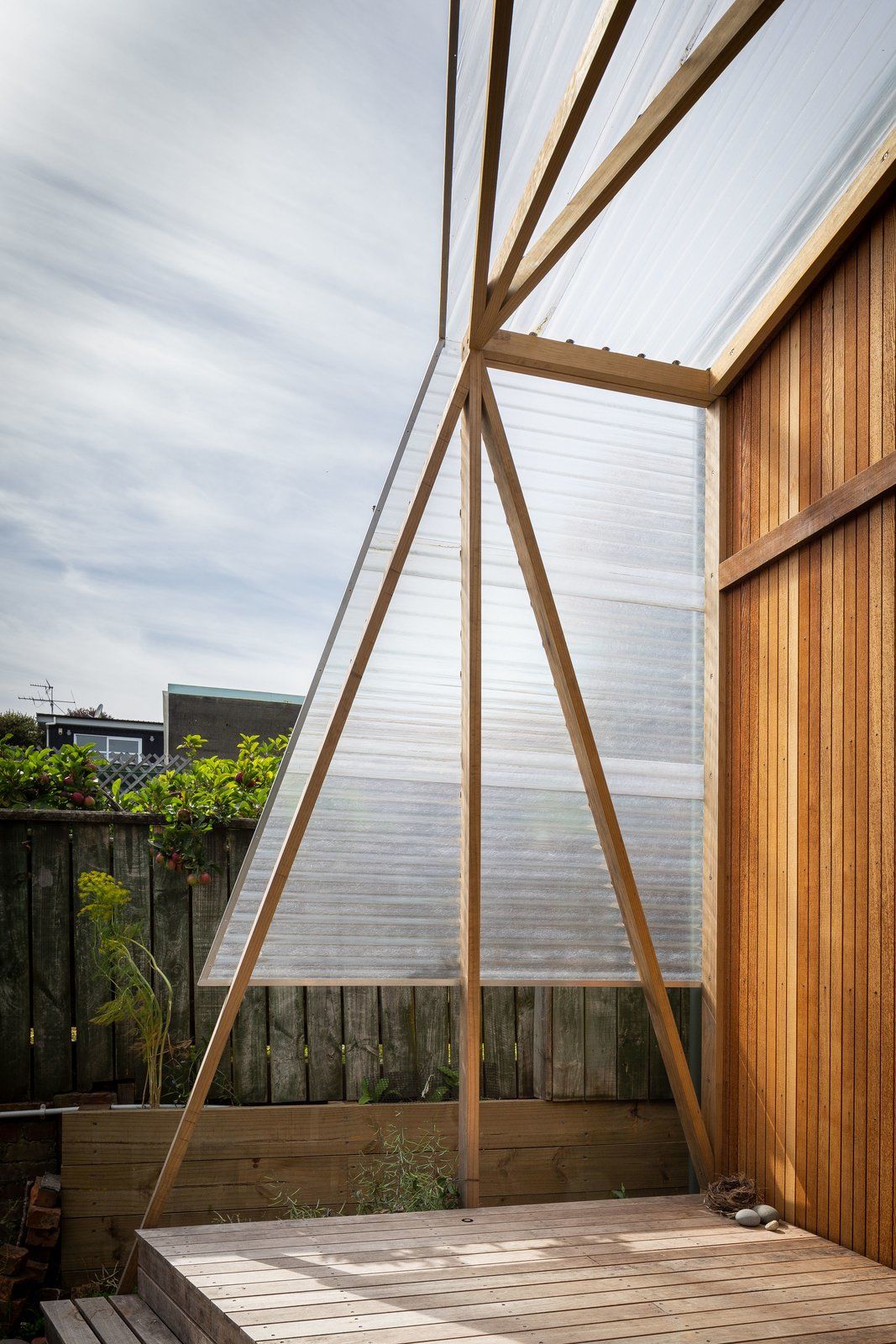 The triangular structural support system continues on the exterior. 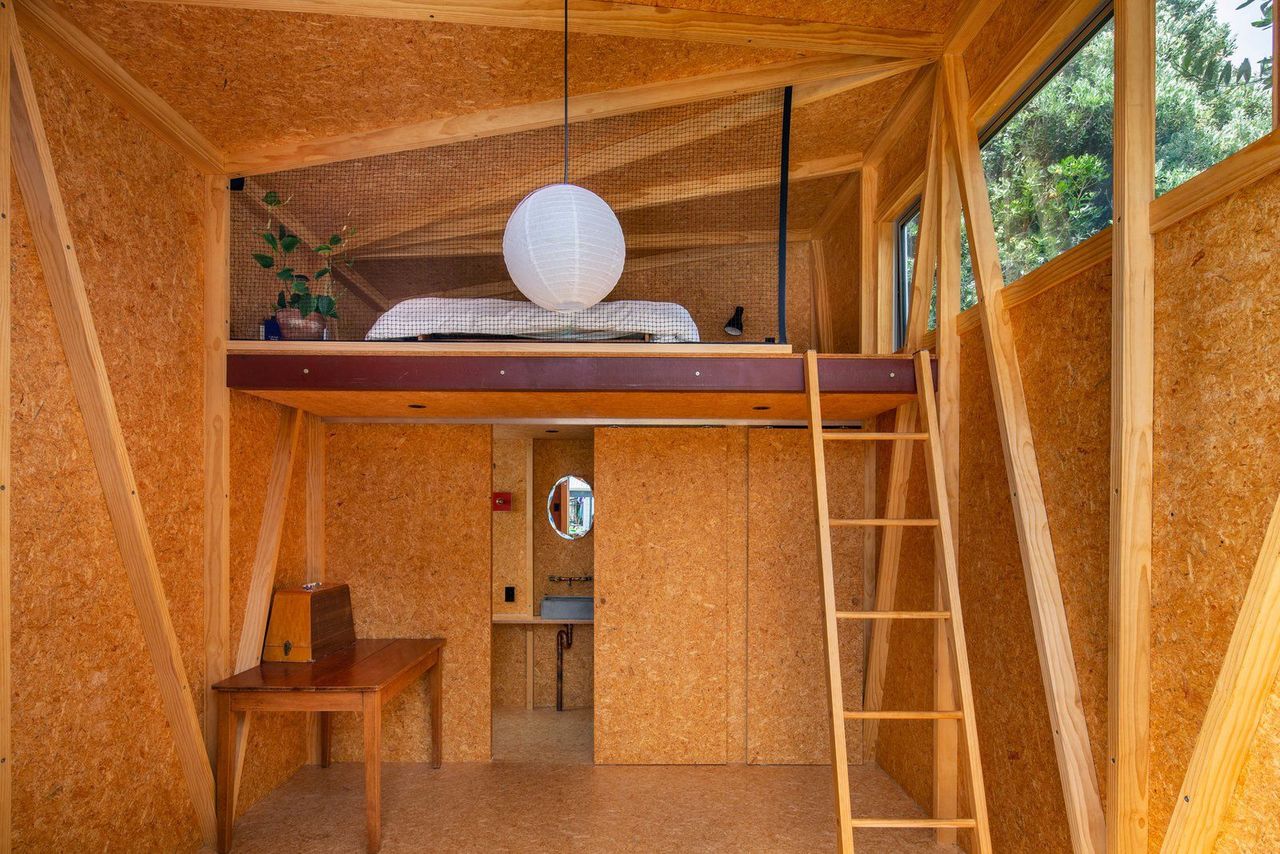 A loft-style sleeping area canopies the bathroom and storage area and a portion of the downstairs live/work space. 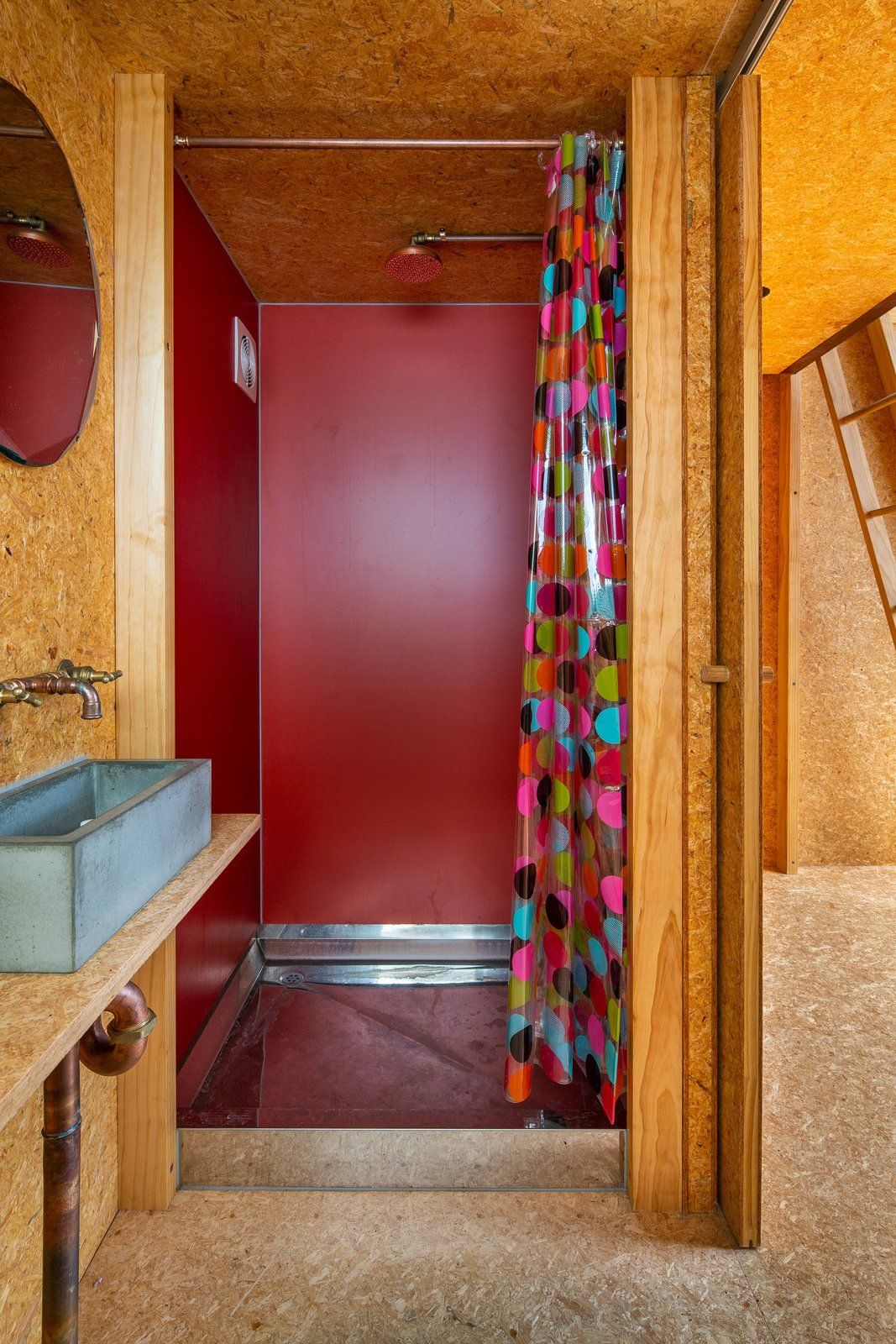 To create interest and a note of brilliance, Parsonson sided the shower walls with red Invibe panel board. 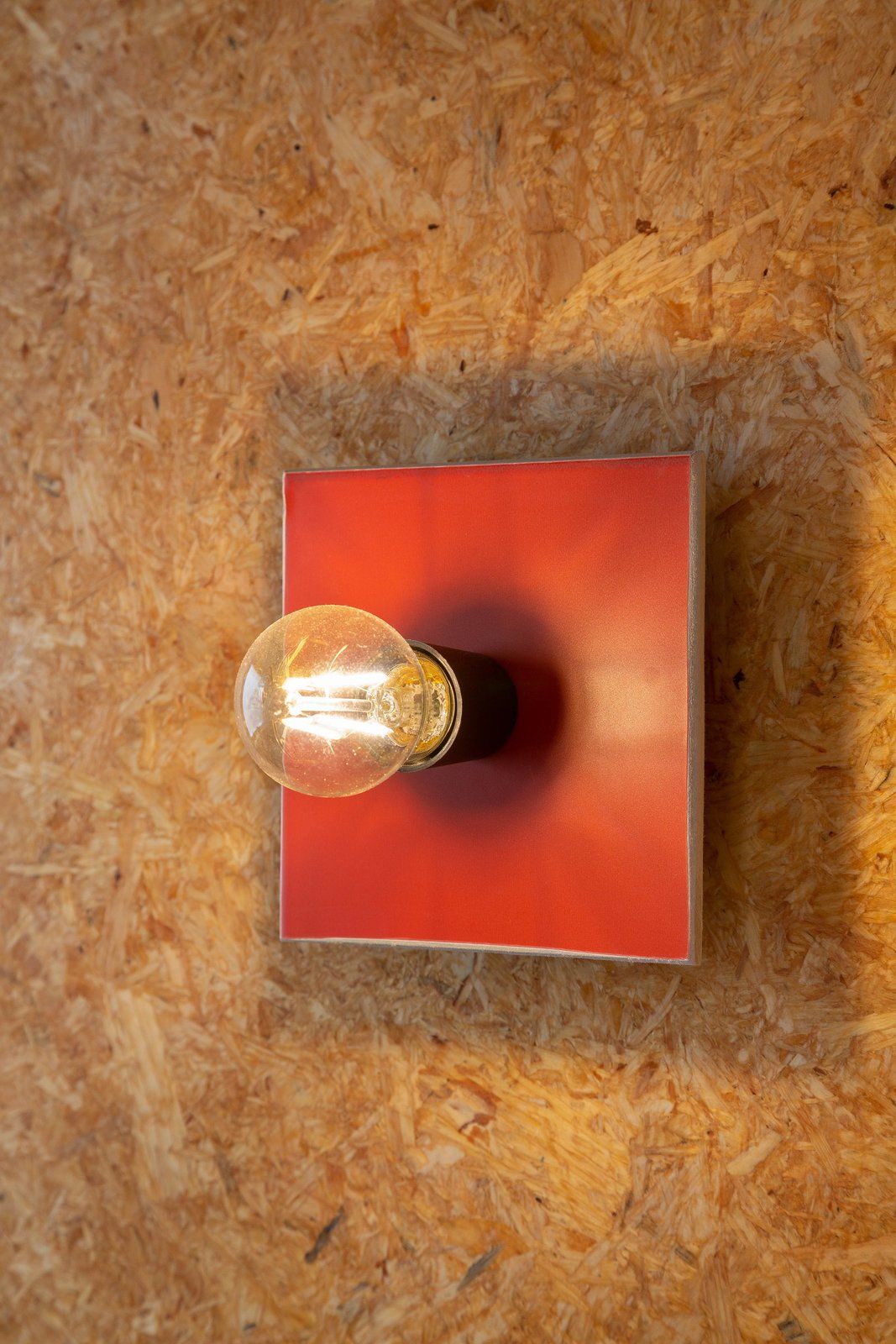 The architect designed a geometric wall sconce made from red Invibe panel board for the bathroom. 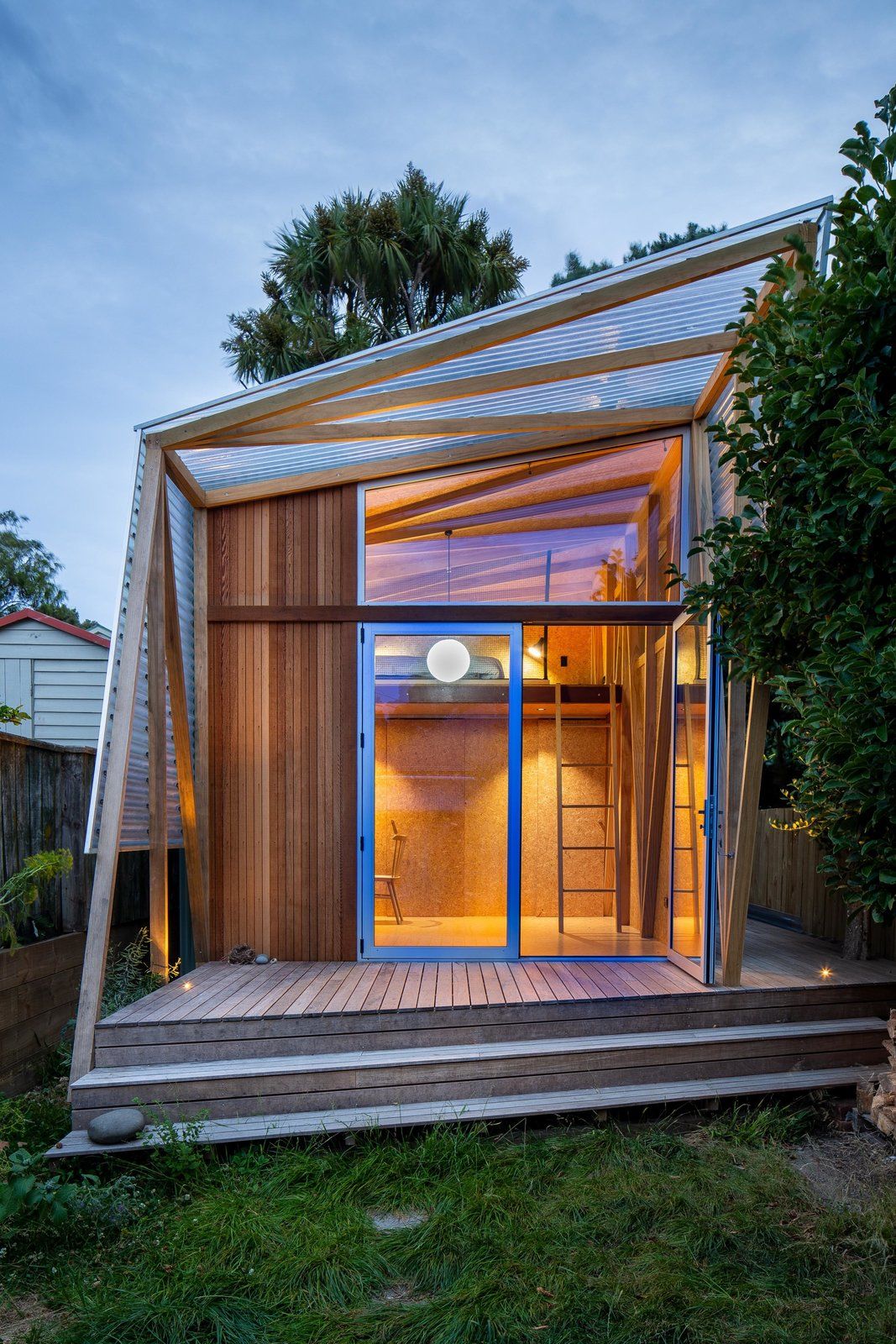 In the evening, interior lighting interacts with the polycarbonate pergola that extends from the front, creating a lantern-like glow.