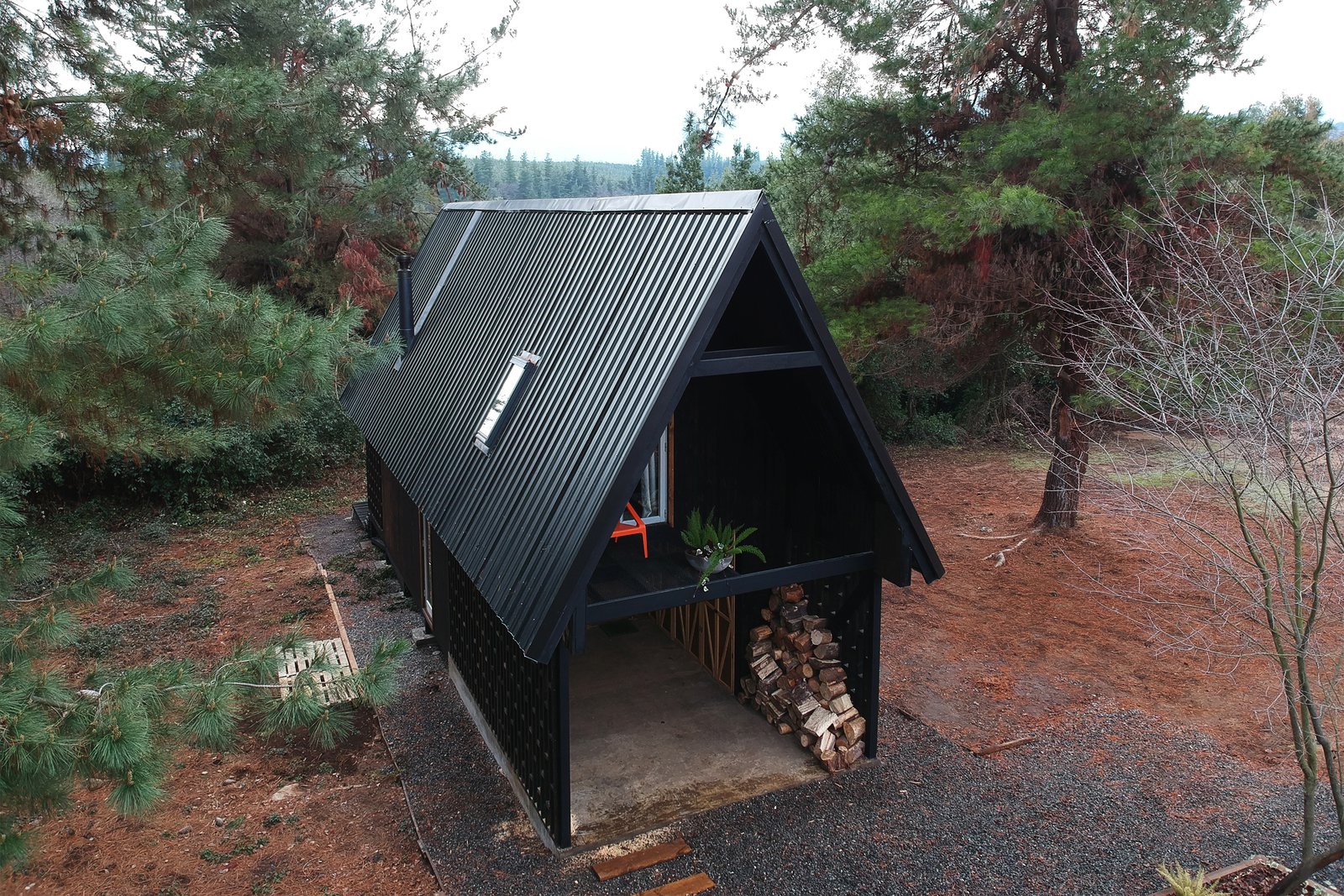 A Patagonian Prefab Cabin Is Built to Withstand Volatile Climates

This elevated prefab cabin along the Chilean Andes has a buffer zone that helps protect it against harsh climatic conditions.

The town of Vilches in Southern Chile is perched about halfway up the Andes Mountain. Surrounded by parklands and nature reserves, the area is an idyllic place for enjoying breathtaking nature. However, there is one drawback for residents: the extreme climatic conditions. 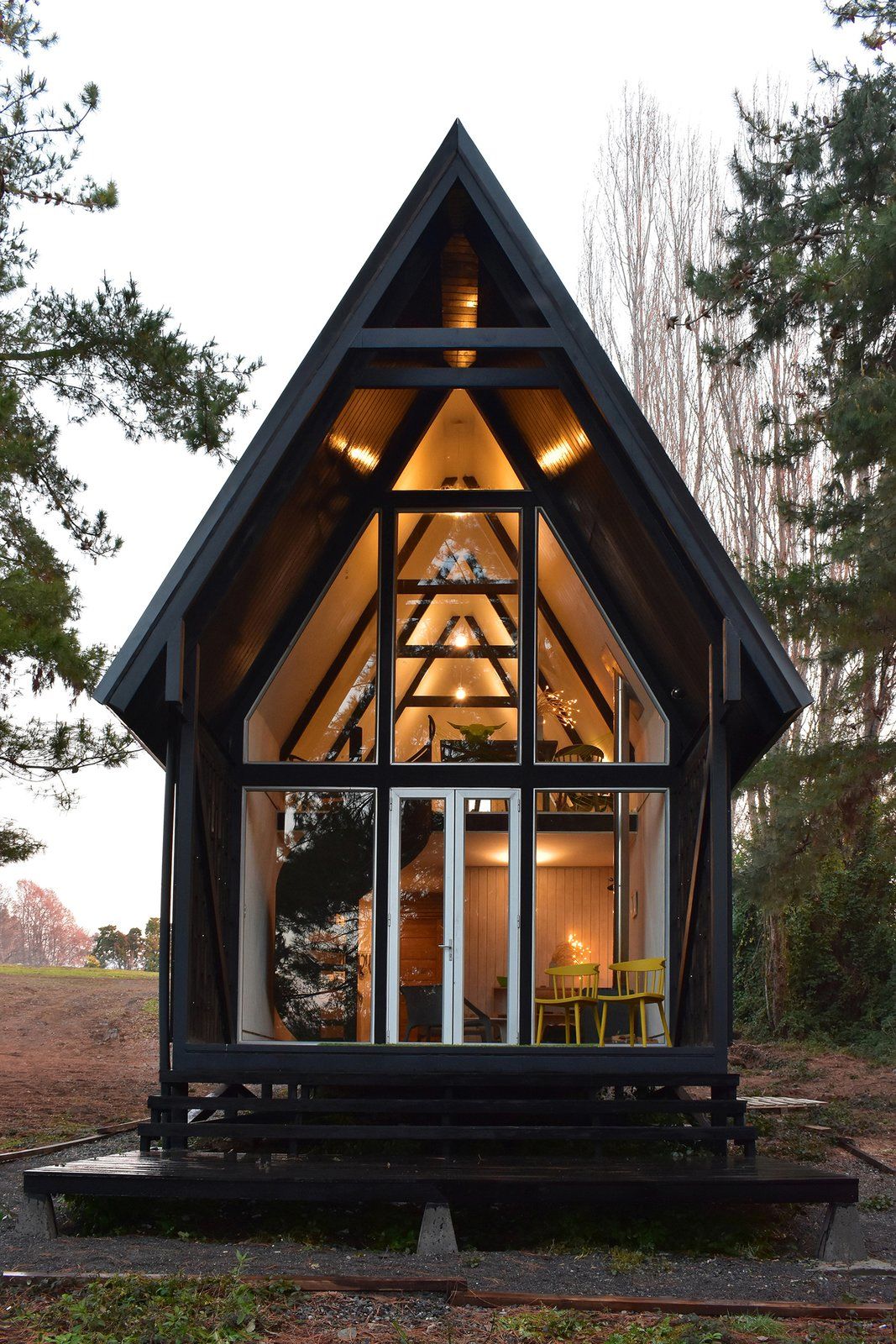 On the first floor of Casa R is a woodshed and a "chiflonera." This area between the interiors and exteriors is commonly found in Chilean/Patagonian homes, as it helps to regulate the region’s extreme temperature changes.

Felipe Lagos, the Chilean architect of Santiago–based studio TuCroquis is hard at work designing homes in the area that can accommodate rapid changing weather. One of his recent projects is Casa R, a modular holiday cabin nestled in the middle of a lush forested site. 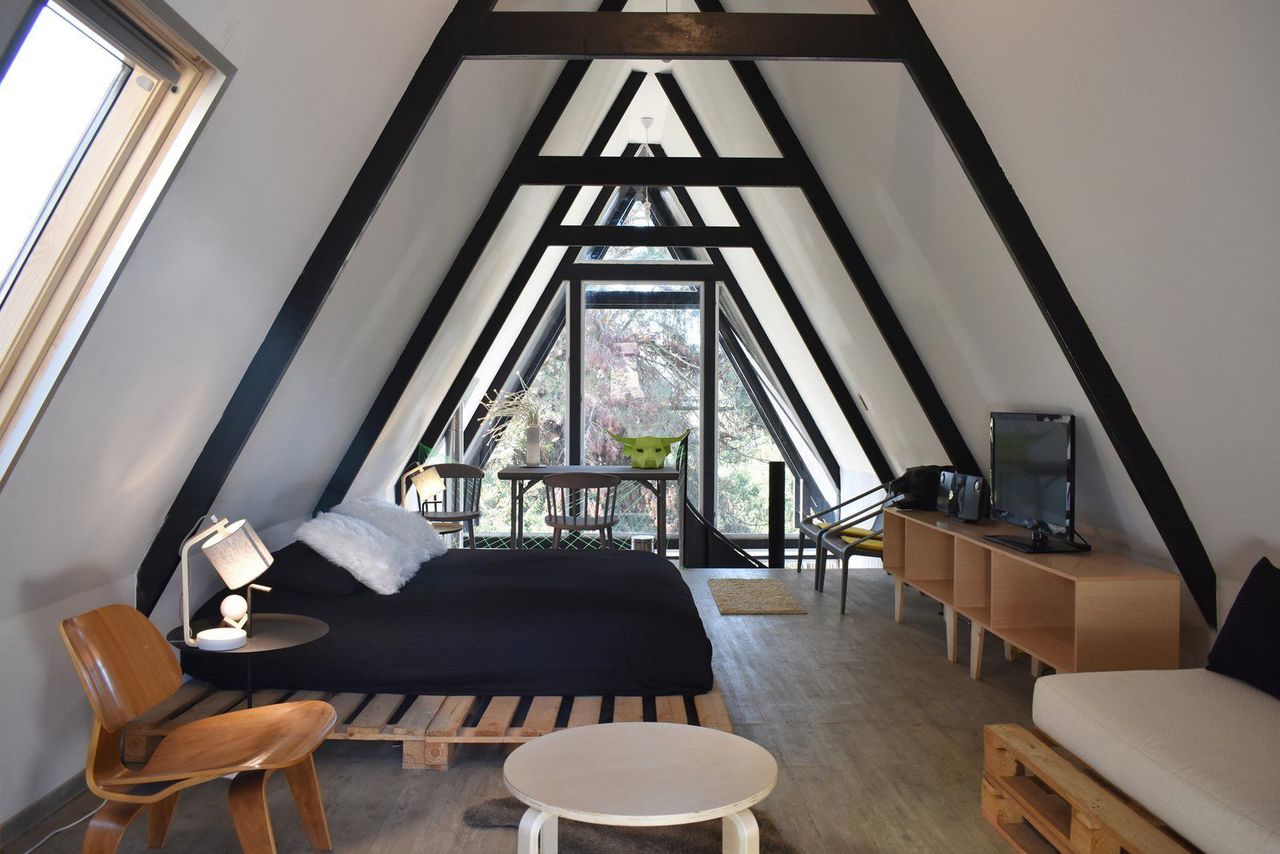 Steel was chosen for the frame of the cabin because of its fire and water resistant qualities.

The 1,033-square-foot space features a buffer zone, known locally as a "chiflonera," an area between the interiors and exteriors that is commonly found in Chilean/Patagonian homes, as it helps to regulate the region’s extreme temperature changes. 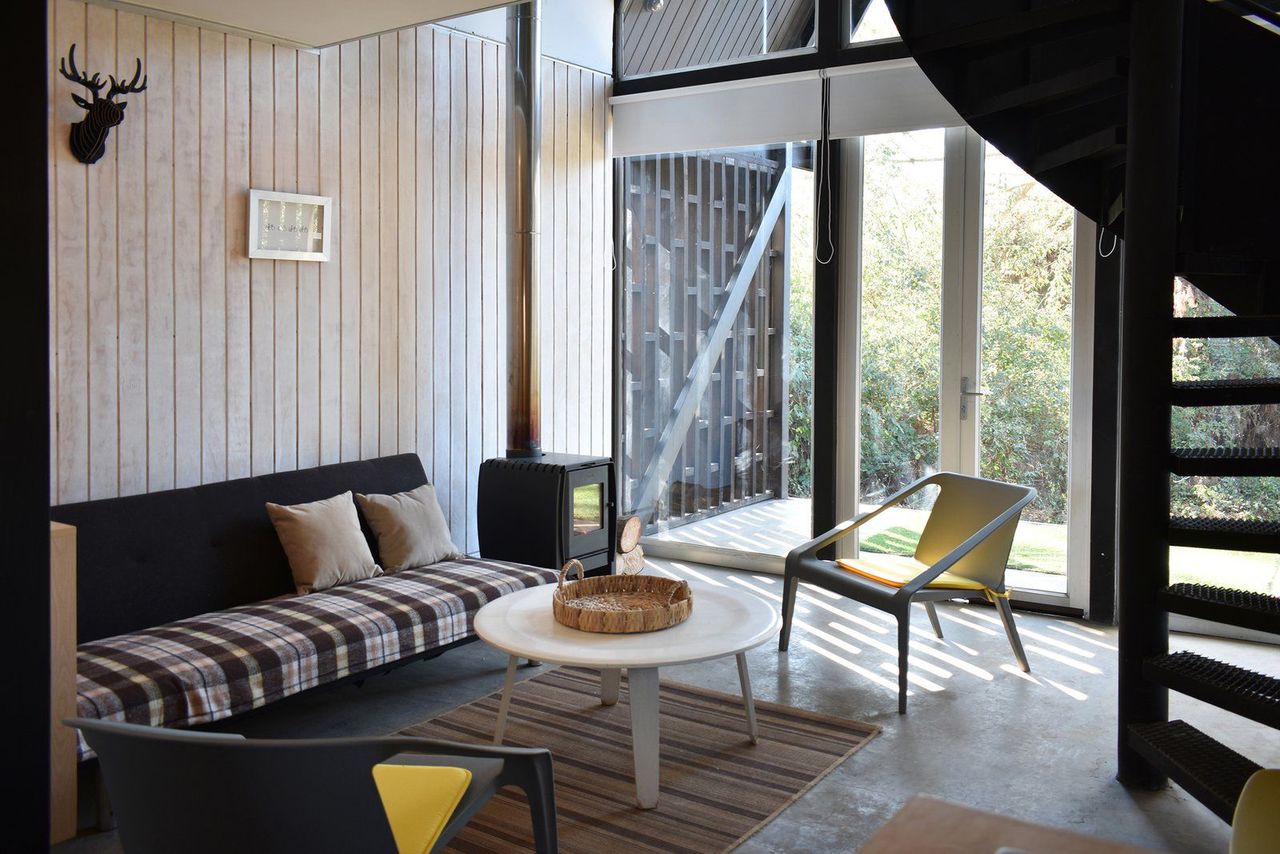 TuCroquis interior designer Ramón Vallejos furnished the cabin with a plywood kitchen, durable furniture from MueblesSur, and washable cushions that can be used both indoors and out. 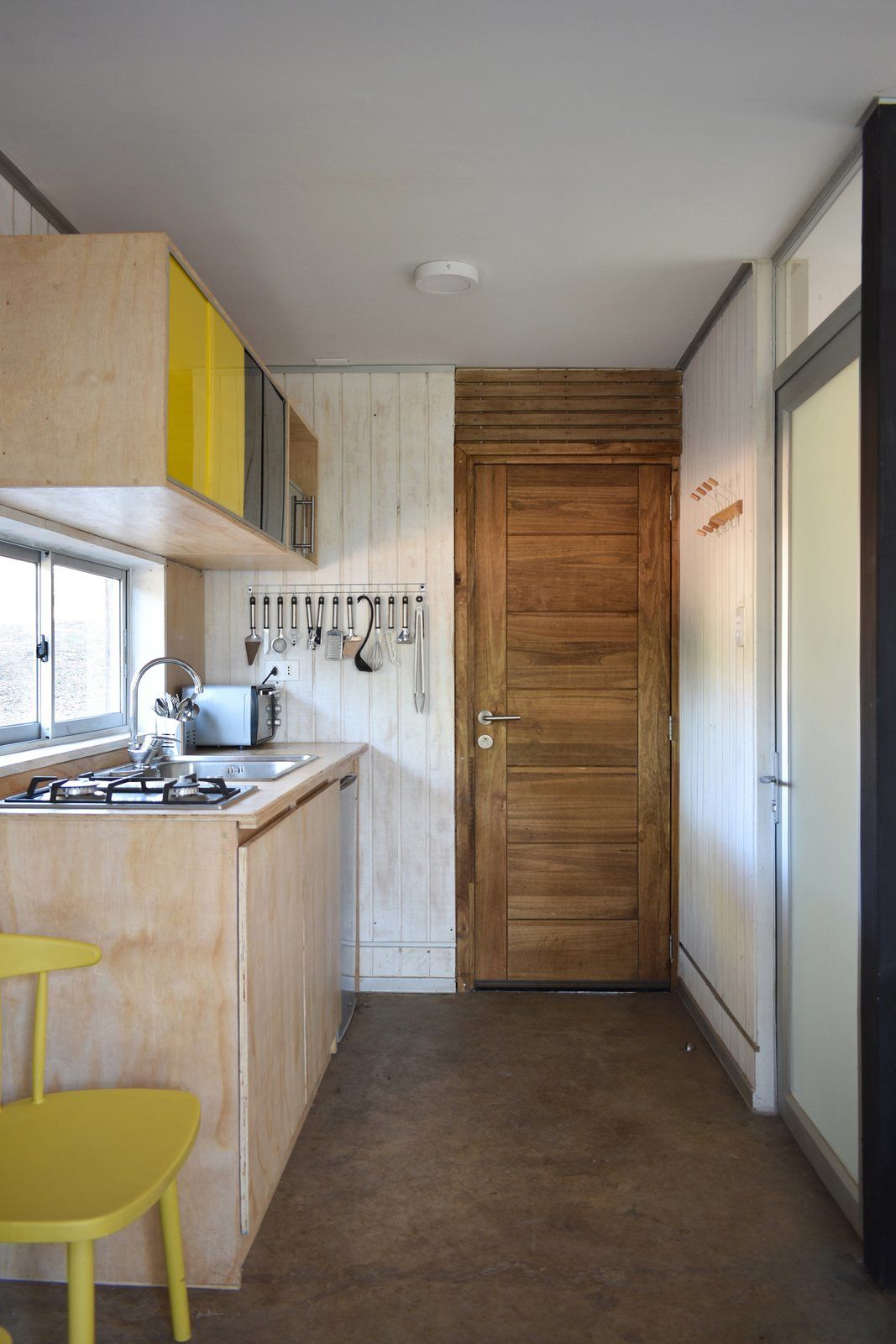 The kitchen area and living/dining spaces are located on the first level, along with a bathroom. 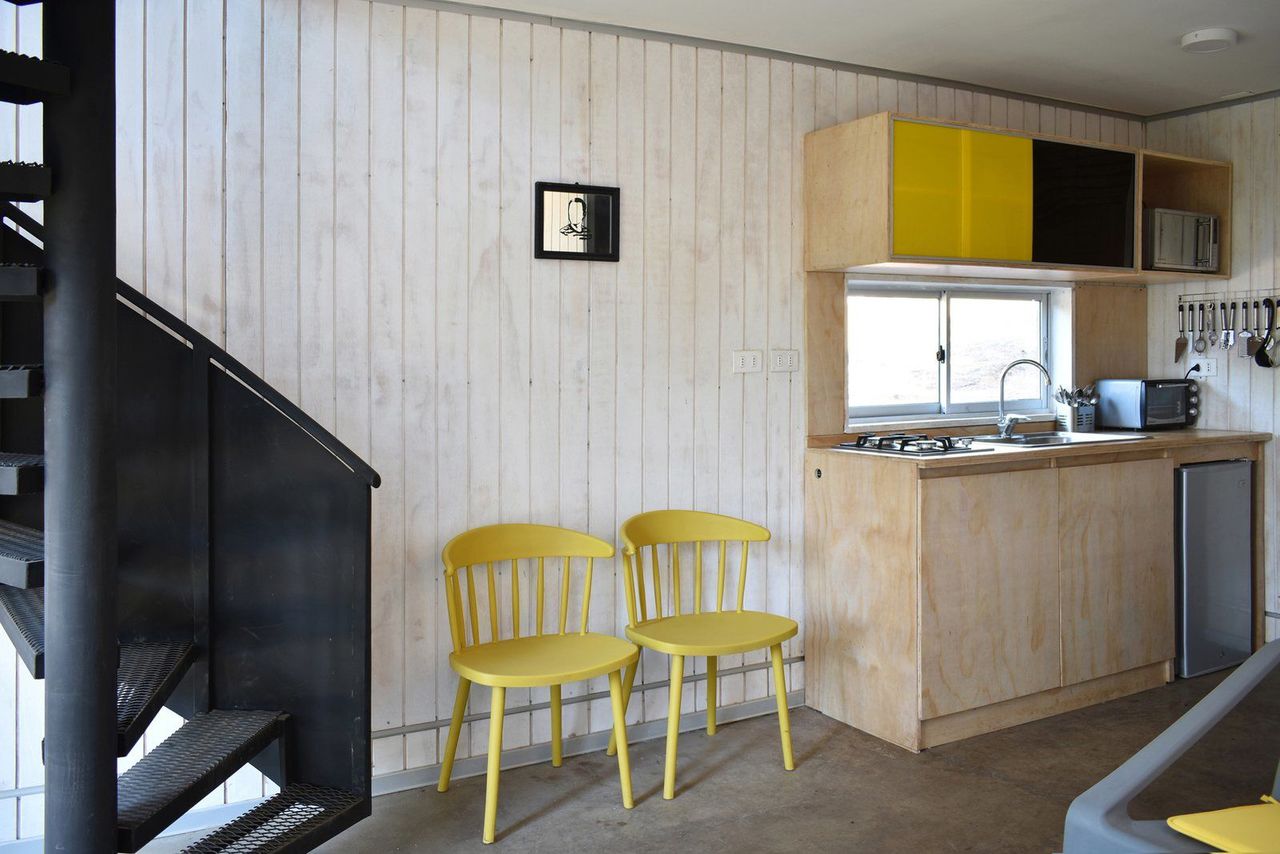 While some of the modules have enclosed walls, others are left open for better connection to the outdoors. The chiflonera leads to the entrance of the cabin. "The cabin is elevated from the ground, and has slopes on the terraces and two floors. The slopes blends with the natural terrain and help reduce costs in foundations. The roof also has a steep slope to protect it from snowfall in the winter," explains Lagos. 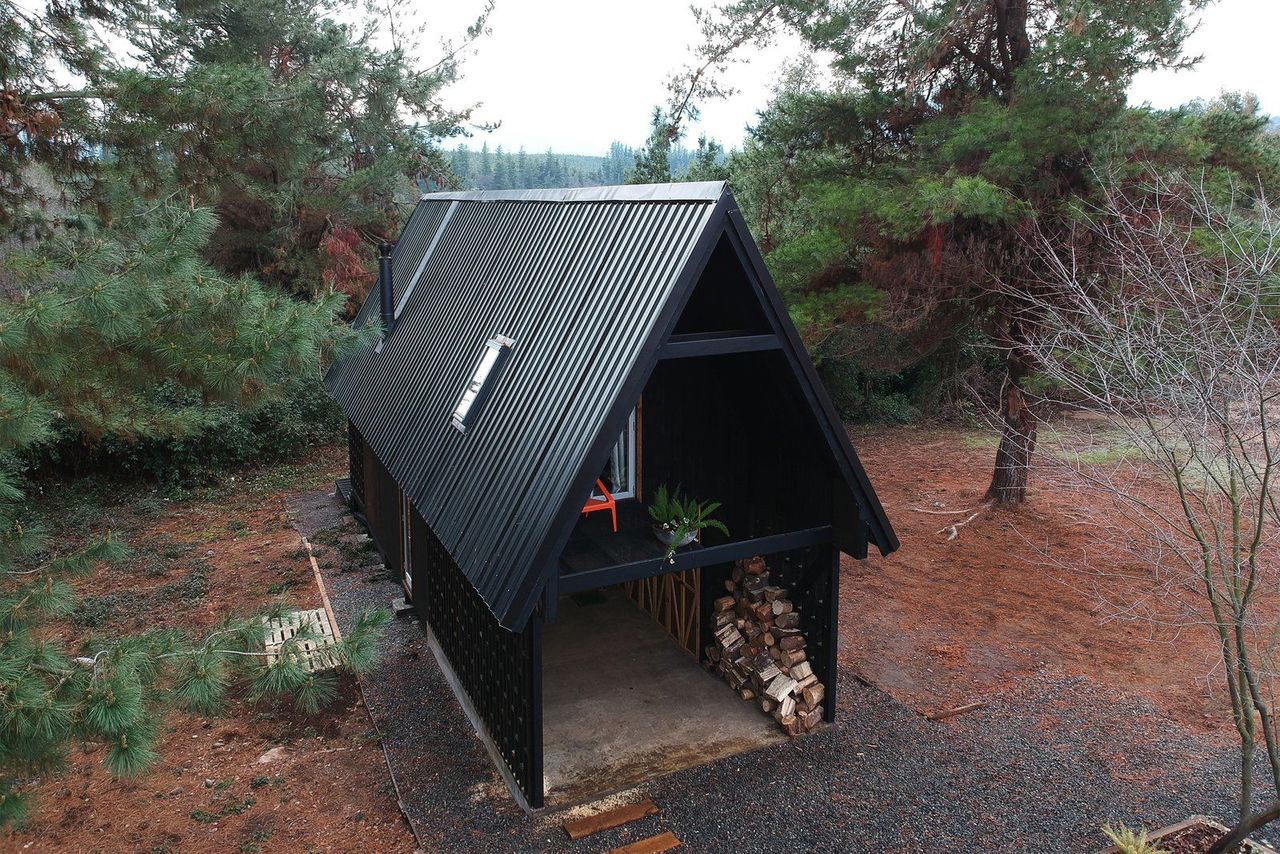 Lagos has raised the cabin above the ground on supporting steel to avoid damaging any of the existing trees on site. The home is spread across two floors. 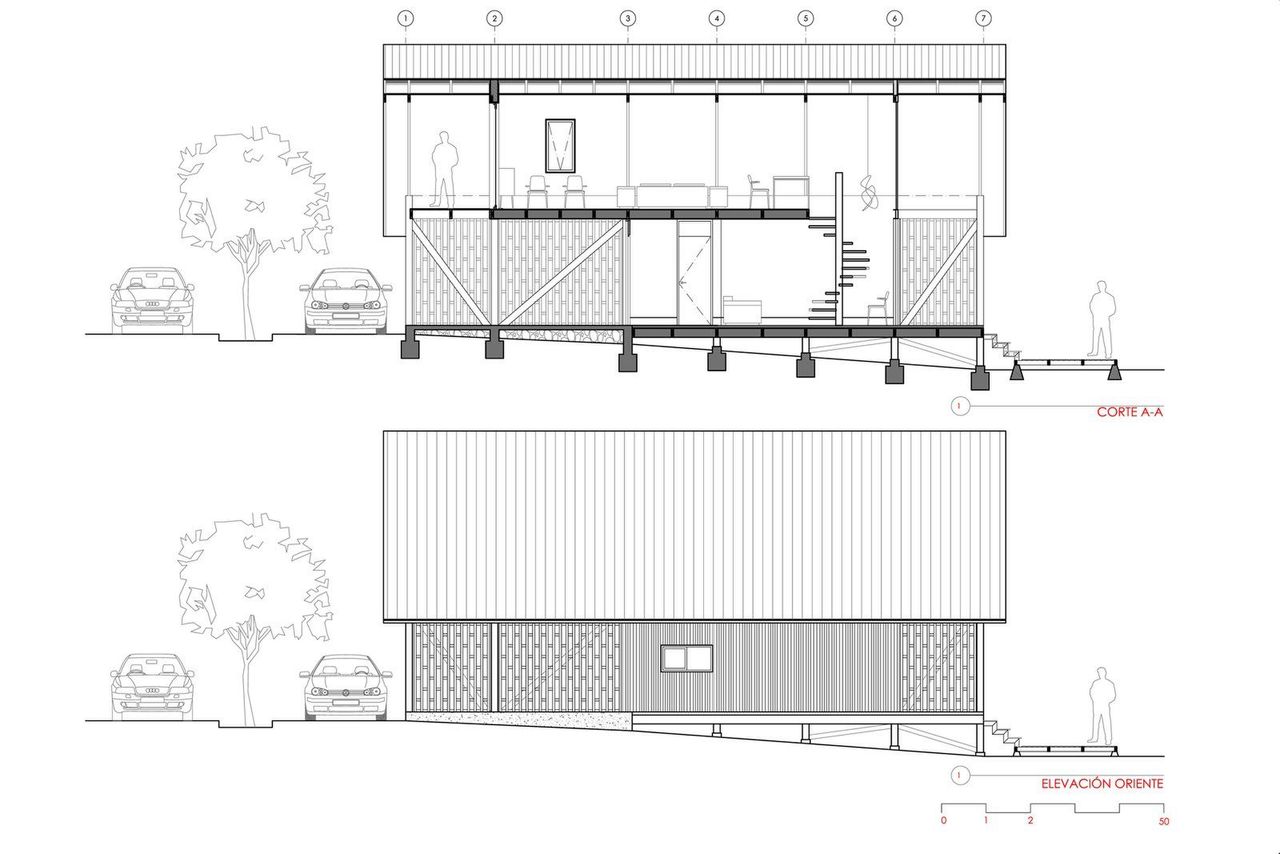