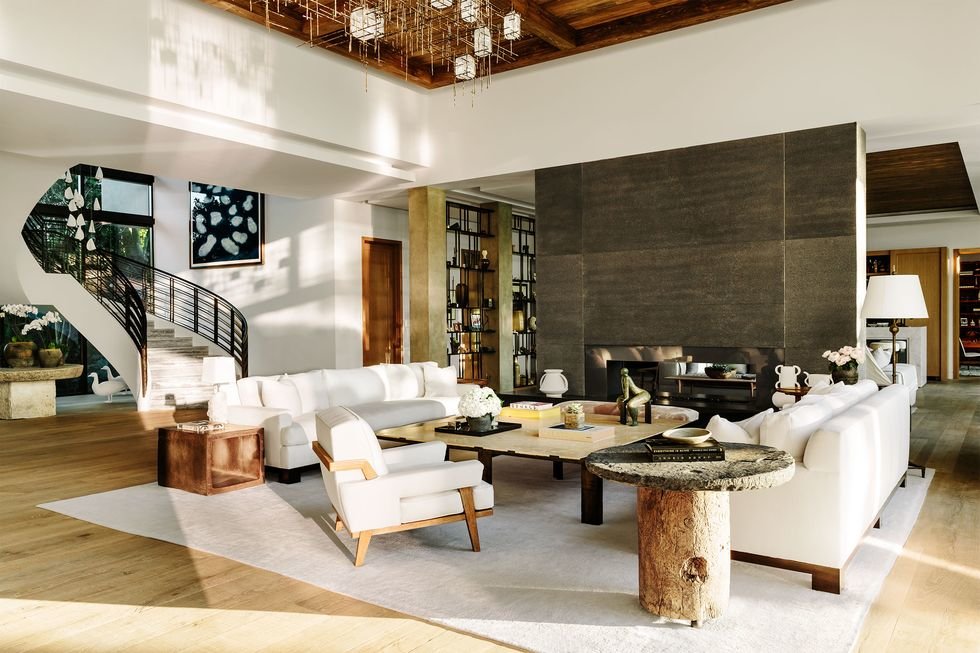 A Hotel Mogul Creates His Own Personal Sanctuary in Miami Beach

Barry Sternlicht’s waterside home is inspired by his globe-trotting lifestyle and love of hospitality.

The world of hospitality is often divided into two camps: the developers and the designers. And then there is the hotel magnate Barry Sternlicht, who straddles both categories. Sternlicht created W Hotels (the international “boutique” chain), 1 Hotels (an eco concept known for its residential feel), and the Baccarat Hotel (the decor incorporates crystal from the famed French brand). He is also chairman and CEO of Starwood Capital Group, a private investment firm with a focus on global real estate. But for all of Sternlicht’s entrepreneurial prowess, one of his biggest strengths has always been his superior design eye.

He is an unabashed architecture and design buff, and his eye for detail is the key to his much-lauded projects. Witness the Instagram-perfect beveled-glass wall he installed in the Grand Salon of New York’s Baccarat Hotel or the equally photogenic reclaimed wood and plant–filled atrium he placed inside the 1 Hotel in Brooklyn. 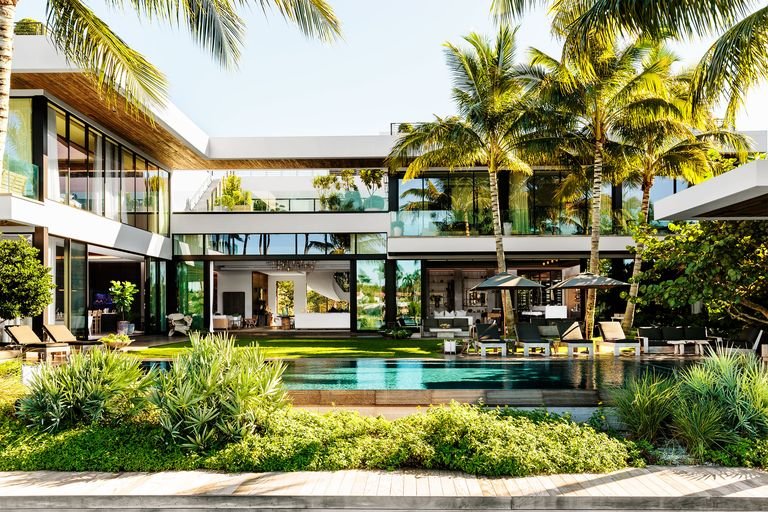 If it’s true that future home trends are often found in the hotels of today, then there’s no better laboratory than Sternlicht’s own showcase houses. His latest is a glass-and-steel gem in a residential Miami Beach neighborhood. After purchasing the spec house, Sternlicht totally transformed it with his deft touch. “I bought the shell and then I said, ‘OK, I’m taking over,’ ” he says via Zoom from his office at Starwood’s headquarters in Miami Beach, not far from his home.

He started with the exterior, replacing window mullions on the 14,000-square-foot manse and reworking the hardscape. The eaves under the roofline were covered in a pekoe-wood veneer, which helps to soften the angular facade of the home. 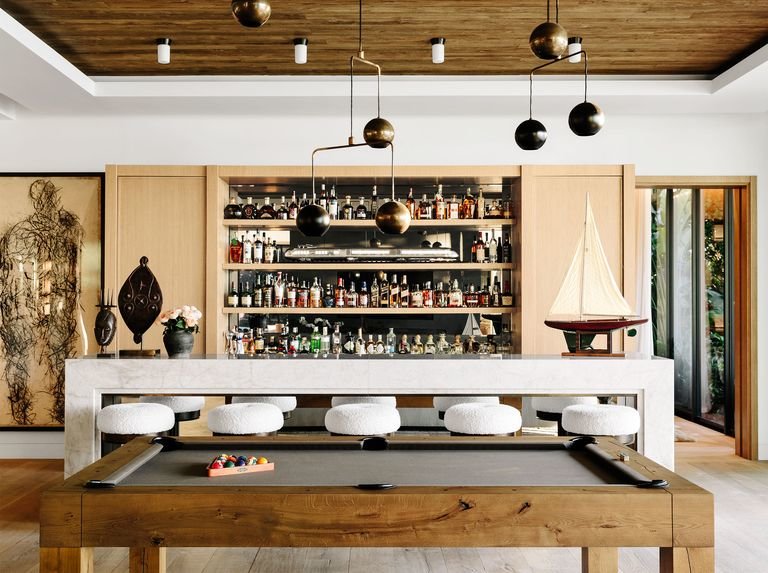 “It’s a big house, but it’s not an in-your-face house,” Sternlicht says. “I had never before owned a modern house, and I really wanted to try living in a home of this style, but I didn’t want it to feel cold.”

That sense of warmth extends to the light hues, a mix of whites, creams, and beiges, and natural materials, including quartz, limestone, and bronze, used throughout. Sternlicht collaborated on the interior design with Clint Nicholas of the Los Angeles–based firm Haus of Design.

The palette was partly inspired by a project that Sternlicht had seen in Malibu by the architect Scott Mitchell. But he adds that his hand was also forced, rather comically, by none other than his yellow Labrador retriever, Tucker. “I knew that if everything was light, his hair wouldn’t show,” he says. 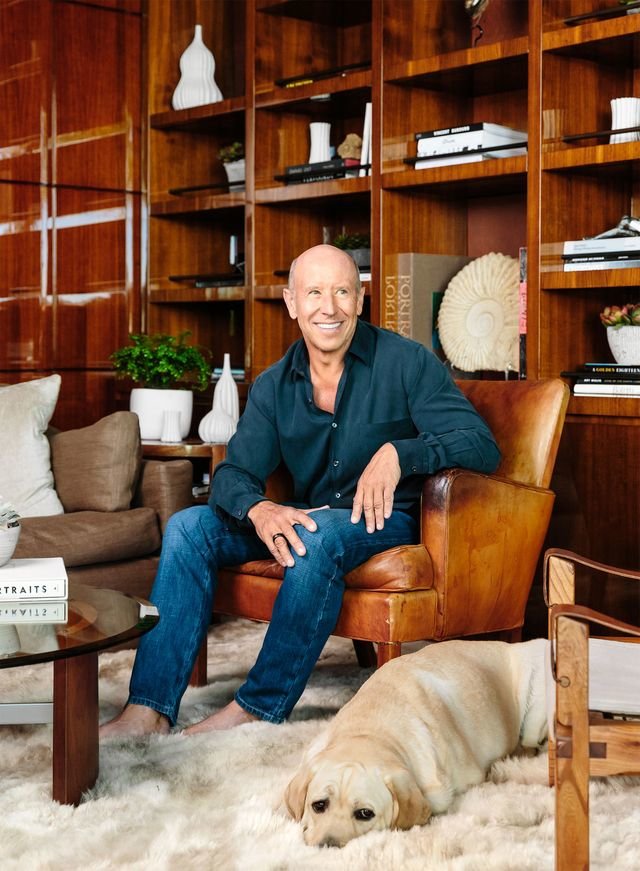 A sweeping staircase of Sternlicht’s own design leads to an immense living room anchored by a triple-height fireplace, a space he refers to as his home’s “lobby.” (Hoteliers definitely know something about making an entrance.)

Much of his extensive collection of art and decorative objects was purchased at a handful of global art fairs. Sternlicht acquired a monumental Andreas Gursky photograph recently at Art Basel and borrowed a sterling collection of African art from his other residences in Nantucket and New York City. As studied as the final product appears, however, Sternlicht isn’t precious about it. “I just brought the pieces down, and we found places for them,” he says. Many furnishings were custom made for the home, including the living room’s cream sofas and a giant quartz counter in front of the bar. The main bedroom’s dramatic floating bed, which faces a view of Biscayne Bay through a large plate-glass window, was based on a similar design he saw at the Upper House hotel in Hong Kong. 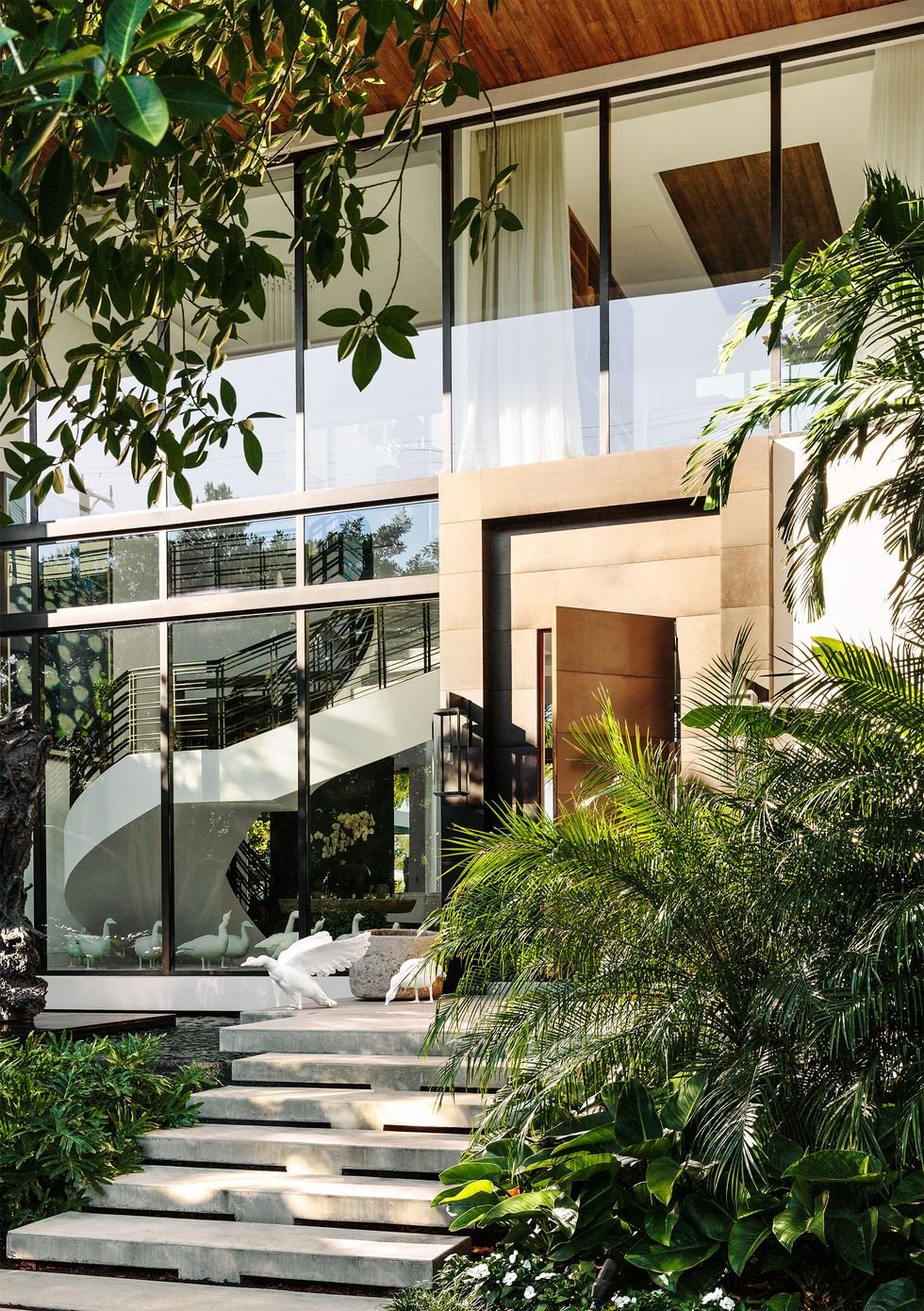 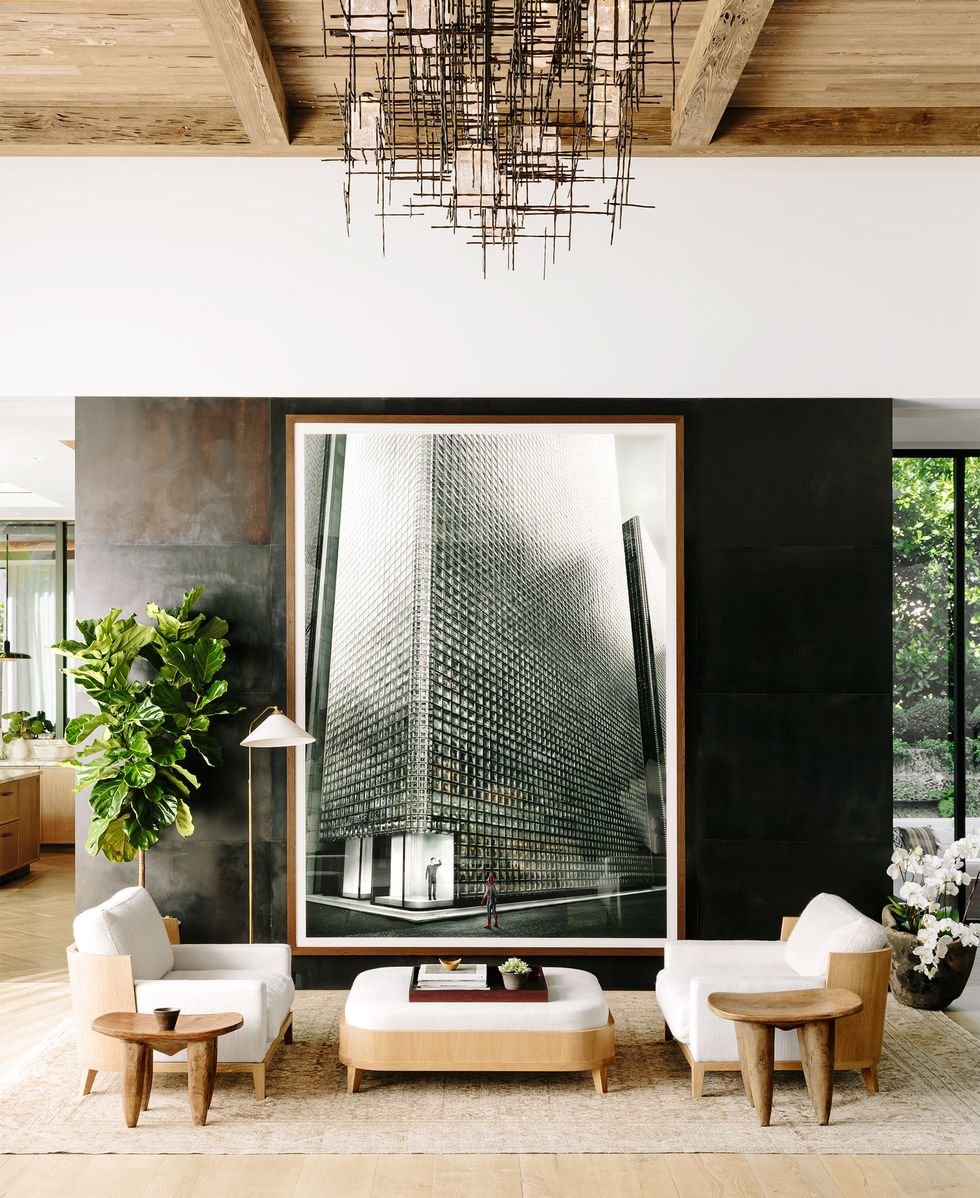 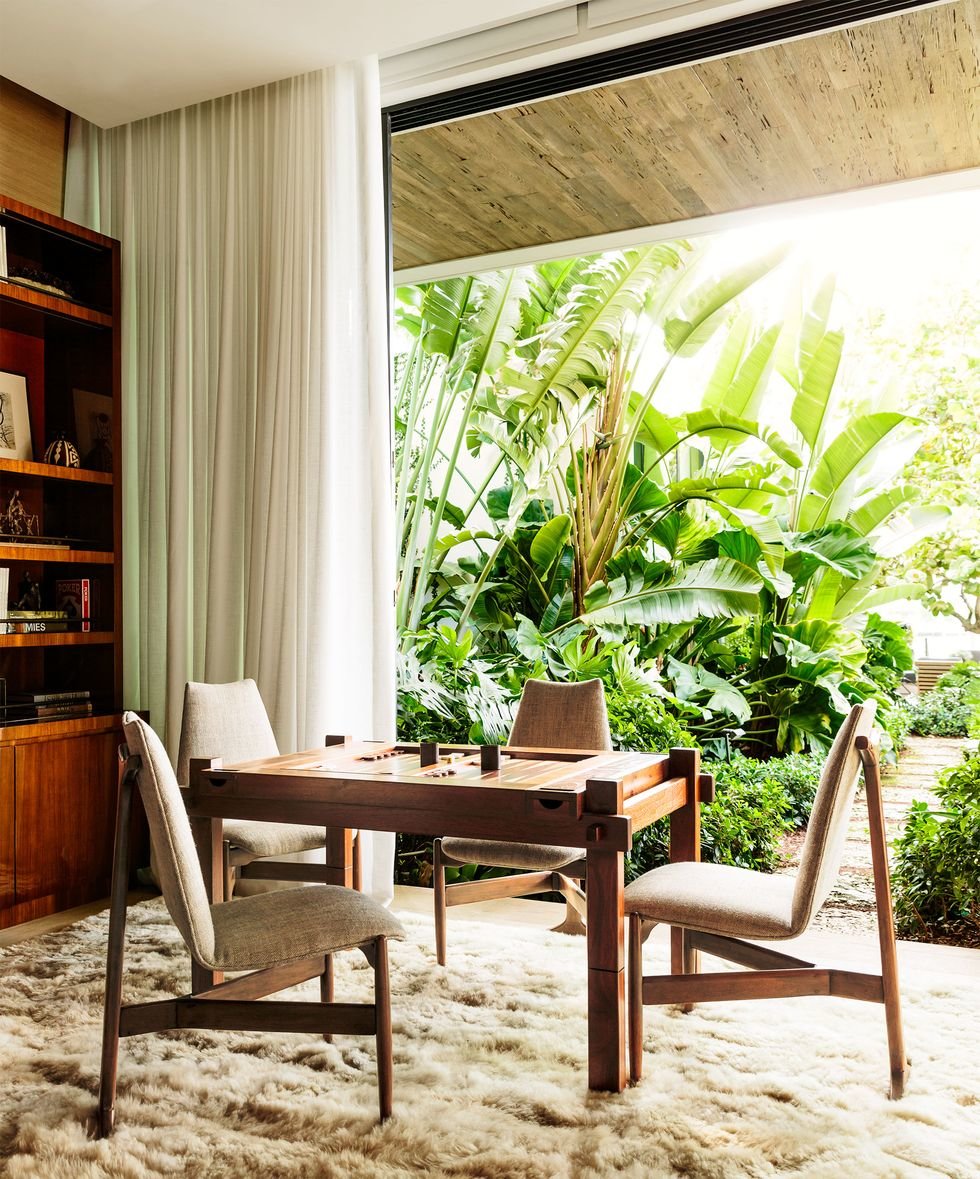 As much as Sternlicht put his handprint on the interiors of his Miami Beach home, it’s when talking about his property’s landscaping that he really lights up. “I grew up in the Northeast as one of three boys who loved to be in the garden with my mom,” he says with a hint of nostalgia. “I know my impatiens from my pachy­sandra.” But gardening in a tropical climate like Florida is something else altogether. “It’s totally different in Miami Beach: Did you know there are more than 50 kinds of palm trees? Picking the correct one and getting the scale right is the tricky part, because they grow like weeds. So now I have a jungle on my hands.” 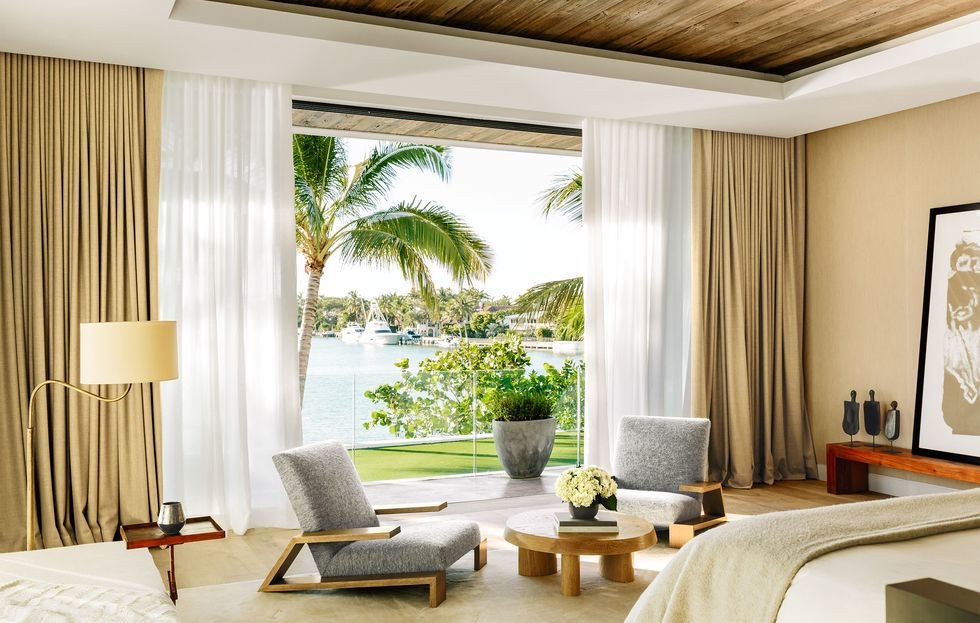 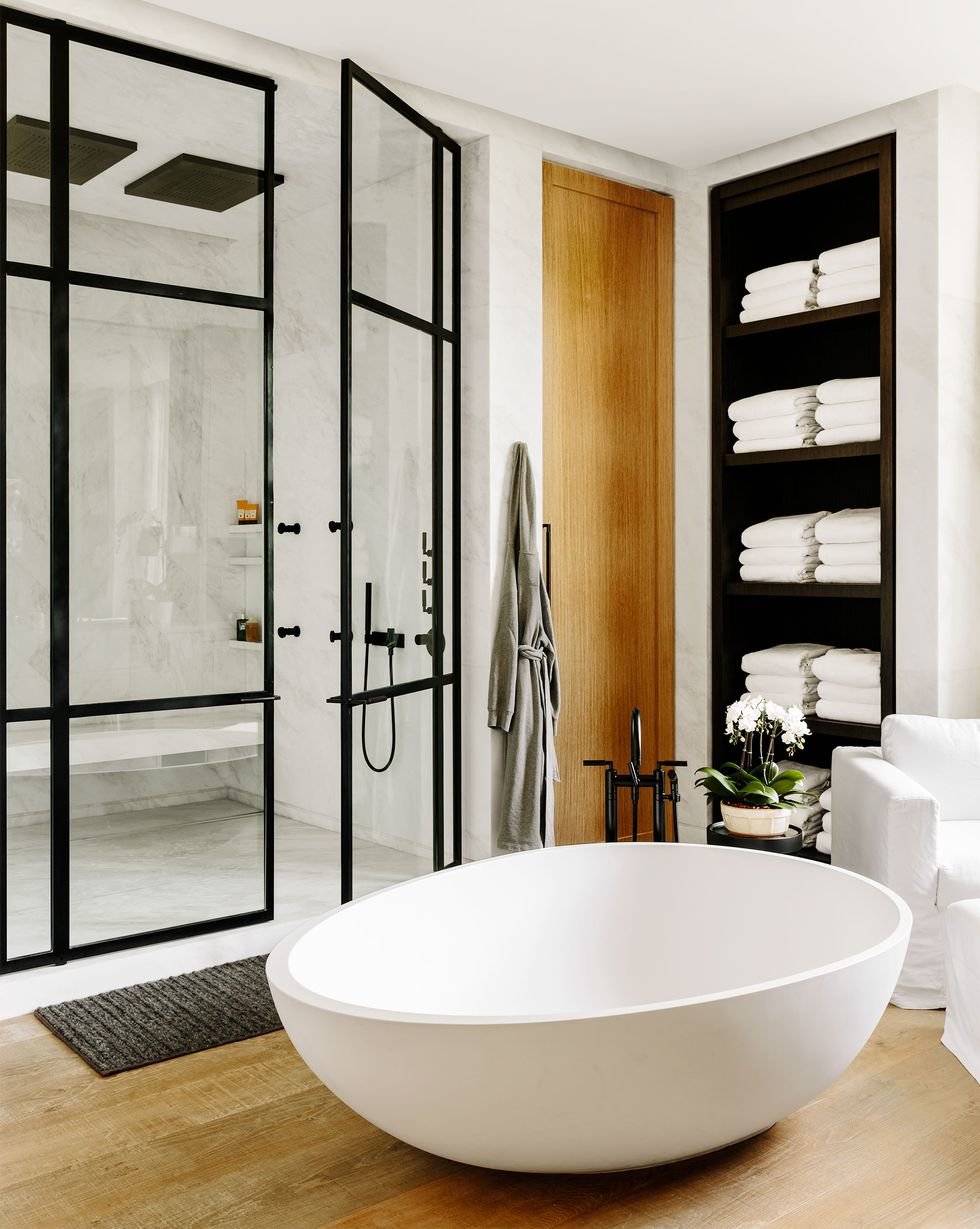 Which is not to say that Sternlicht is playing Howard Hughes in some Henri Rousseau tropical fantasy. He is planning for the day, post-COVID, when his home will be “an amazing party house.” “All the doors open, and the rooms spill onto the lawn,” he says. “I also furnished the roof deck, which has a really pretty view.” About that, says the hotelier, he has no reservations.